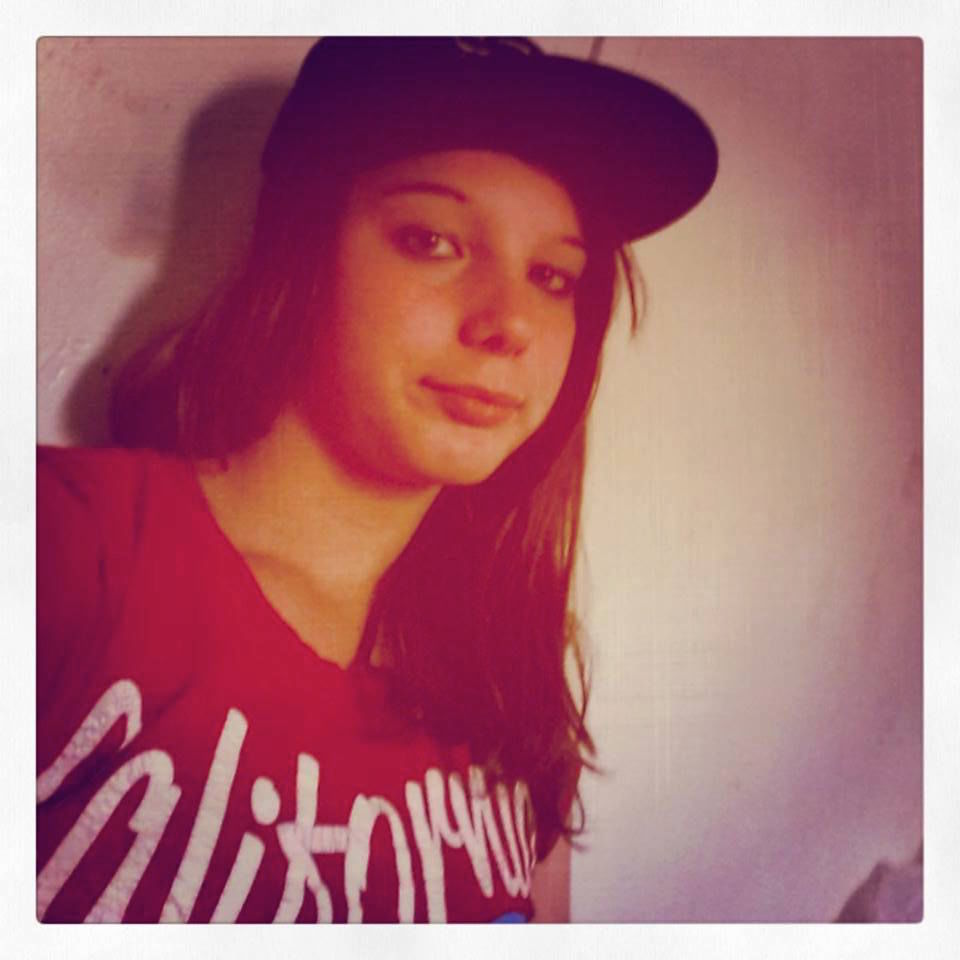 Stacy Duke, 15, was passing herself off as 22-year-old Angelica Cortez when she was murdered April 10. 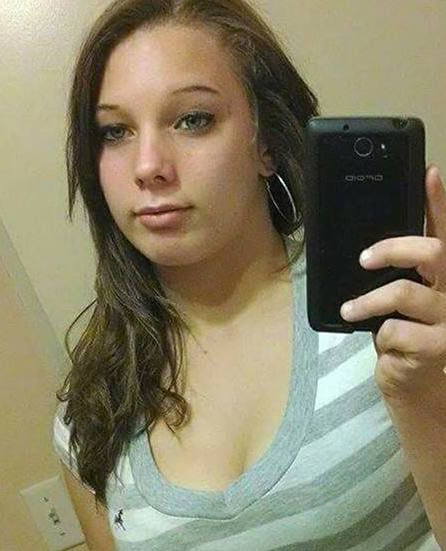 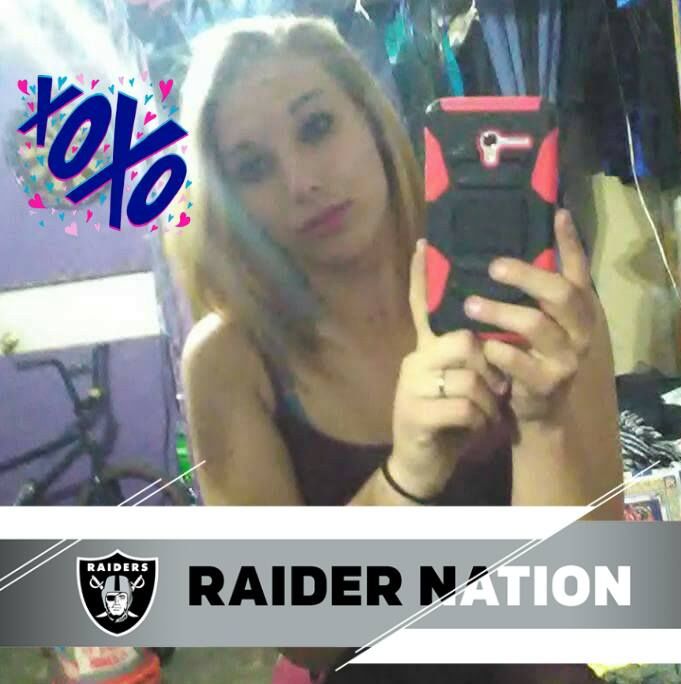 Stacy Duke, 15, was passing herself off as 22-year-old Angelica Cortez when she was murdered April 10.

Here’s what we know about Stacy Duke.

She was a 15-year-old girl passing herself off as a 22-year-old woman named Angelica Cortez working in an internet cafe who ended up murdered in a garage in south Bakersfield on a beautiful spring day this past April.

Here’s what we don’t know and I can’t seem to find out: Who the hell was supposed to be looking out for this child?

Someone — actually some agency — absolutely had responsibility for Stacy and dropped the ball big time.

In my eyes, Stacy Duke was abandoned by the very agencies that were supposed to protect her.

And no one, other than her family, seems to care.

TAKEN BY THE SYSTEM

Stacy had been in the custody of San Bernardino Child Protective Services from the time she was about 9, according to family members who live mostly in Bloomington, just south of Fontana.

And, yes, Stacy had family who very much loved her and wanted her back.

Her mom was abusing drugs and her dad was in prison so CPS took her.

Her grandma, Joyce Duke, tried to have Stacy placed in her home, but recalled being told she had no rights to the child.

Stacy was placed in numerous foster homes and group homes sometimes in Nevada and back and forth to Kern County. She ran away from a lot of them.

She ran away from her group home here in Bakersfield and ended up in juvenile hall, according to Kern County Counsel Mark Nations.

It’s unclear how long she was in juvy but once a child enters the criminal court system, custody transfers from the child welfare agency to the Probation Department, meaning San Bernardino was no longer responsible for Stacy, Kern County was.

For unknown reasons, she was sent to the Jamison Children’s Center on Sept. 23, two days prior to her release.

That, in itself, is odd.

Jamison is an emergency shelter for children in Kern County’s child welfare system, not kids from other counties.

So, when Stacy was released to Jamison, her custody should have gone with her, meaning Kern County CPS should have taken control.

In fact, Nations explained that Kern County was in the process of filing a petition to get custody of Stacy.

But she ran away from Jamison the very night of her arrival.

A petition for custody was never filed.

So, custody over a 15-year-old girl hundreds of miles from her family was just, what, left to flutter into the ether? Huh?

I'm told by social services insiders, this isn't uncommon: Kern CPS removes kids from home and if they run from Jamison (which is not a locked facility) before a petition is filed, that's it.

The kids are out on the street until, or if, they make it back home or to the shelter.

Jamison made a missing person’s report on Stacy to the Sheriff’s Office, which noted she had run away with another girl that night but the other girl came back Sept. 28.

“Both were entered into the Missing Persons system and broadcasts were made at the time they were reported missing. Neither was considered at risk,” the Sheriff’s Office reported.

The last notation regarding Stacy stated she had not returned to Jamison as of Oct. 18. Done. File closed.

I would strenuously argue against the notion that neither girl was “at risk.”

They were 15-year-old girls.

I’m sure they acted tough, coming from tough backgrounds. But they were children.

And here’s a horrifying aside.

Since I started asking about Stacy and Jamison, I’ve learned that human traffickers often prey on boys and girls who stray from the facility and even find ways to get previously trafficked youngsters (known as renegades) placed in Jamison to recruit new “finds.”

Apparently, this is one of the little talked about, but very real reasons the state is phasing out group homes, which I recently wrote about.

If Kern CPS was in the process of filing a petition on Stacy, it seems logical that San Bernardino would have had to sign off on that change. And that the family would have been notified.

The family told me they had no idea what was going on.

So I asked to see records held by San Bernardino under Welfare and Institutions Code 10850.4.

That statute says child welfare agencies must release records after a child in their care dies if there’s a reasonable suspicion that the child died from abuse or neglect.

I’d say letting a 15-year-old girl fall through the cracks is about as neglectful as you can get.

And since Probation no longer had control of Stacy and Kern didn't either, that leaves San Bernardino.

Come on. The denial dance Kern and San Bernardino are going over this is looking pretty ridiculous at this point.

When I spoke with Stacy’s family, they were just as bewildered as I was.

“After Stacy was killed, her social worker, Michael, told me San Bernardino had dropped her case last October,” Stacy’s grandma, Joyce Duke, said. “How can you drop her case? She’s only 15!”

The Duke family didn’t even know Stacy had been placed in Bakersfield until she ran away from the group home and called her "nana."

That was Stacy’s thing, she ran away from foster care, always trying to get home, according to Joyce.

Joyce tried to talk to Stacy’s social worker about it.

“He said, ‘Our hands are tied, we can’t stop her,’” Joyce recalled. “I told him, ‘What happens if she gets pregnant, or raped or killed?’”

She was quiet for a long moment and I wondered if the phone had cut out.

“Then why didn’t they just give her back to Chuck?” she wondered.

'THEY WOULDN'T GIVE HER BACK'

He was in prison when Stacy was taken from his ex-wife. Stacy was about 9.

Even while he was inside, he said, he started taking classes required by CPS in order to get her back when he got out.

“I never lost parental rights. They tried to take my rights, but they lost. I did all their classes. But they kept making me do classes over and over,” Charles Duke said. “Whatever I did wasn’t good enough.”

He would visit Stacy when he could but sometimes she was placed too far away (Nevada one time) for him to make the trip but he stayed in contact.

“I kept tellin’ her, ‘Just do what they tell you and finish your classes and maybe they’ll let you come home,’” he said. “But they wouldn’t give her back.”

The last he knew, Stacy was still in the Nevada group home. He was getting ready to take a bus trip to see her last fall.

Then she called some time after Christmas to say she’d been placed in a Kern County group home and had run away again.

He didn’t know the name of the Kern County group home, Stacy didn’t tell him and the home never contacted the Duke family, he said.

“We’re really aggravated with CPS,” Joyce said. “But knowing how things work, I don’t think anything can be done about them.”

I agree. But something should be done.

Someone should answer for letting Stacy slip away.

Gerardo Rodriguez, 23, was charged with killing Stacy Duke, 15, who was found strangled to death in a garage where Rodriguez lived.

A competency hearing for Rodriguez is set for Sept. 14.

The details of Duke's murder are convoluted.

On April 10, Duke was having a fight with a recent ex-boyfriend and ran into the street on Farmborough Avenue, according to reports. She flagged down a passing motorist, a woman who said she was an acquaintance of Duke's.

The woman drove Duke to the house where Rodriguez lived on Dore Drive. Rodriguez may or may not have also dated Duke previously, according to reports.

Duke was alone with Rodriguez for a short amount of time in the garage of the house. The woman who drove Duke there went in some time later and found Duke dead.

The woman notified others in the house and one of them called 911.

It's unclear what the woman's relationship is, if any, to the people who lived in the house.

This tragedy seems typical of the Kern County Department of Human Services (CPS) and the Kern County Probation Department (Juvenile Justice). I have worked for both agencies, ending as a Social Services Worker III at KCDHS. They don't abide by any government rules or laws, not even their own policies and procedures. Whistle blowers are harassed and fired, and no one is the wiser.