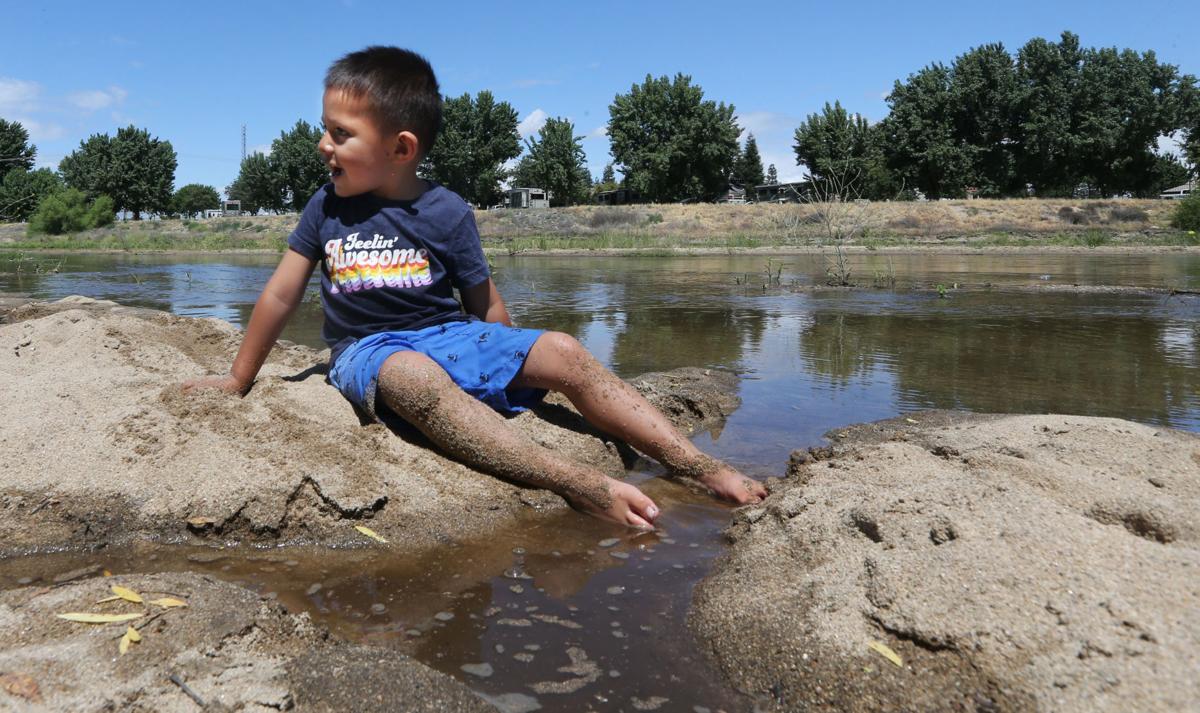 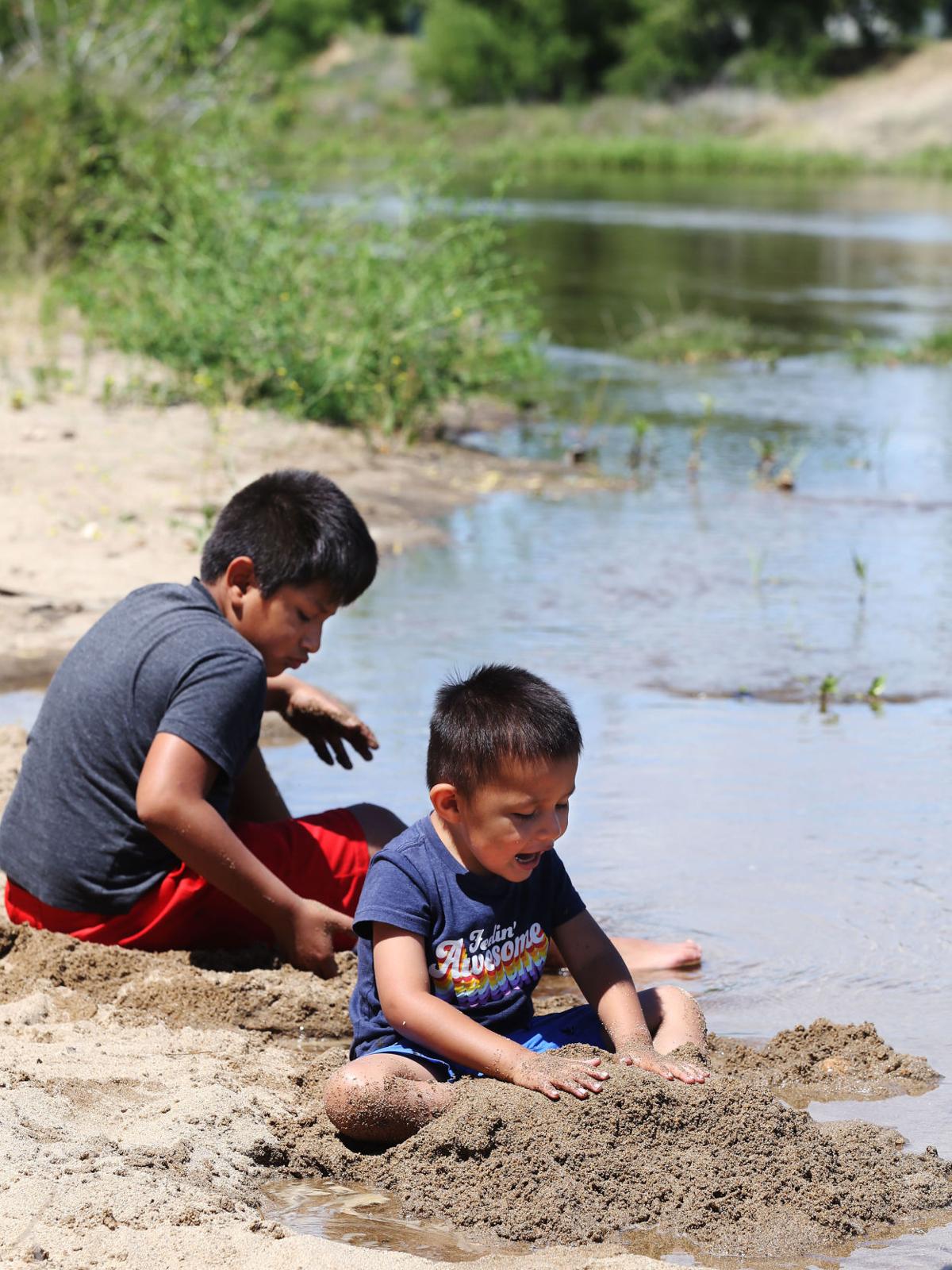 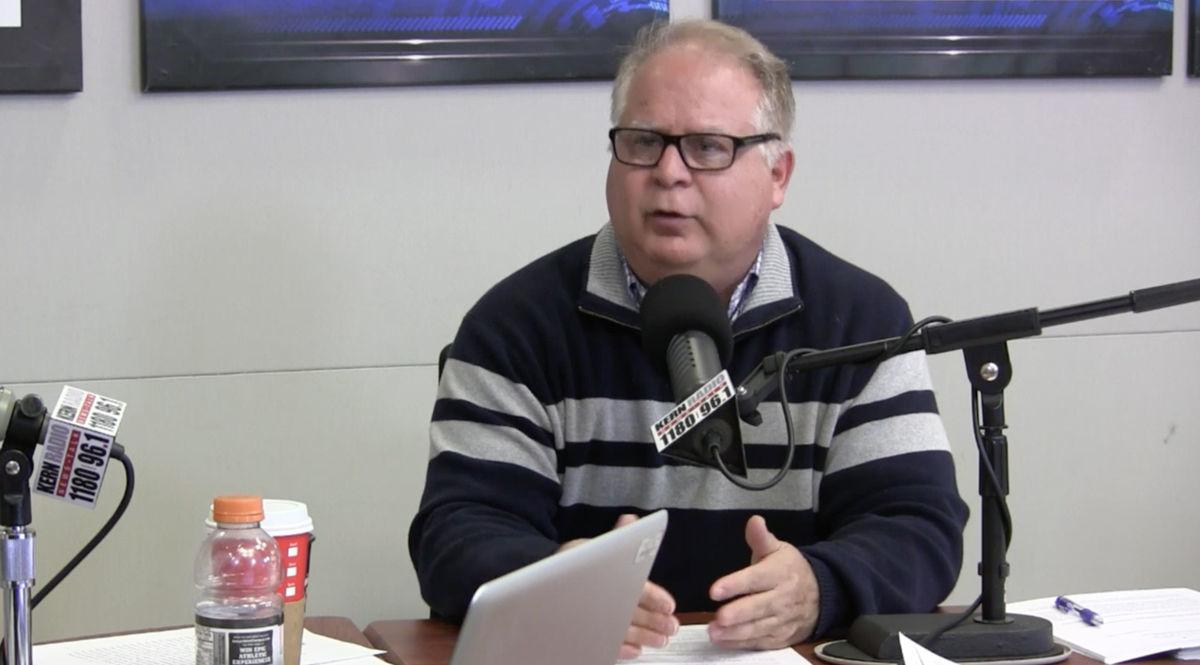 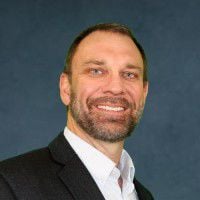 Water is flowing through the heart of Bakersfield in the Kern River and local water managers are shaking their heads in disbelief and frustration.

Except, that is, for Art Chianello.

Chianello is Bakersfield’s Water Resources Department director and the man behind the healthy flow currently being enjoyed by numerous residents as springtime temperatures heat up.

Residents can expect a wet river through the end of May but the rest of the summer is likely to be dry as this year’s meager snowpack dwindles.

Chianello is running water in the typically dry river channel for a number of reasons, he wrote in an email in late April.

What Chianello doesn’t mention, but is pretty clear to local water managers, is that running water down the river also ensures the city won’t have “excess” water to sell to the North Kern Water Storage District as required under a 2016 court order.

North Kern won an order that forced the city to continue selling the ag district river water under a contract that expired in 2011 unless the city has an approved “need and project” for that water.

“And running it down the river, isn’t an approved project,” North Kern General Manager Dick Diamond said last month when North Kern took the city back to court for not complying with the order.

The entities are expected to rehash the issue before a Ventura County judge in July.

By that time, Diamond doesn’t expect Bakersfield will have any water to sell because it’s being run down the river now.

“They wanted to put water down the river and that’s exactly what they’re doing,” he said of the city.

Local water managers understand the city may be using the river channel for a bit of legal maneuvering.

Since legal maneuvering is an essential part of California water management, they didn’t quibble with that.

What got their heads wagging, though, were the inefficiencies they said the city is creating.

Eric Averett, general manager of Rosedale-Rio Bravo Water Storage District, was particularly incensed, even though his district is getting the bulk of the water Bakersfield is sending down the river.

The city is delivering 10,000 acre-feet to Rosedale’s turnout just east of Stockdale Highway as part of the “existing contract obligations” mentioned by Chianello.

Rosedale is putting that water into its recharge ponds off Allen Road between Brimhall Road and Stockdale Highway.

At the same time, the Kern County Water Agency’s Improvement District No. 4 (ID4), which provides drinking water to households mostly in east Bakersfield, is pumping banked water out of those same ponds and moving it to Rosedale's banking partners through the Cross Valley Canal.

“It’s beyond ridiculous,” Averett said. “There’s no excuse to be pulling water out of the ground at nearly the same spot you’re putting it back in. It’s a travesty. It’s bad water management.”

Considering ID4 will also have to pump and move a similar amount of water to its treatment plant off Golden State Avenue at some point in the future, Averett came up with what he thought would be an efficient solution to save pumping costs.

He asked the city to deliver that 10,000 acre-feet directly to ID4's treatment plant instead of running it down the river to Rosedale. Then ID4 would repay the water to Rosedale over the next three years.

Such an exchange could have, ultimately, saved ID4, and its customers substantial pumping costs, Averett said.

“It’s a waste of public resources,” Averett said of the city’s actions.

WHAT A RIVER DOES

For his part Chianello said he didn’t refuse Rosedale’s request to deliver the water to ID4, he simply asked for more information that was not forthcoming.

The city wanted to know how, when and where the water would be paid back by ID4, said Bakersfield’s main water attorney, Colin Pearce with Duane Morris.

The contract with Rosedale mandates Kern River water be used within Rosedale’s boundaries.

The details of what appears to be a simple water exchange are important so the city can determine if the trade could become a de facto movement of Kern River water outside the basin, Pearce explained.

It also happens that Rosedale is currently suing the city for allegedly not following the letter of a different water contract between the entities.

So, the city is being cautious, Pearce said.

And yes, he said, the city is looking for ways to run more water down the river, which shouldn’t be a surprise as that is plainly laid out in the city’s Groundwater Sustainability Plan.

The city used to make water deliveries in concrete-lined canals to save on “losses,” or water that seeps into the ground.

What used to be considered a loss is now vital and required groundwater recharge under the state’s Sustainable Groundwater Management Act.

“What the city is doing makes sense under SGMA. It’s using the river to recharge the basin,” Pearce said. “I don’t see how anyone can legitimately question using a river for what it’s naturally there to do.”

OK, but there are more ways to skin the groundwater recharge cat, according to other local water managers watching this play out.

The city could have delivered the water, minus the losses, to ID4 and asked Rosedale to put Bakersfield’s name on groundwater it already had banked.

Those types of trades, exchanges and repayments are common in water management, water managers explained.

Instead, you could toss a pingpong ball in the Kern River and one in the nearby Cross Valley Canal and watch basically the same water move in two different directions at the same time.

And residents of east Bakersfield will eventually pay the freight.

Lois Henry once was a journalist. Everyone must make a living, though prior employment manifestly does not justify running her submissions as news. Not a judgment, a simple ask.