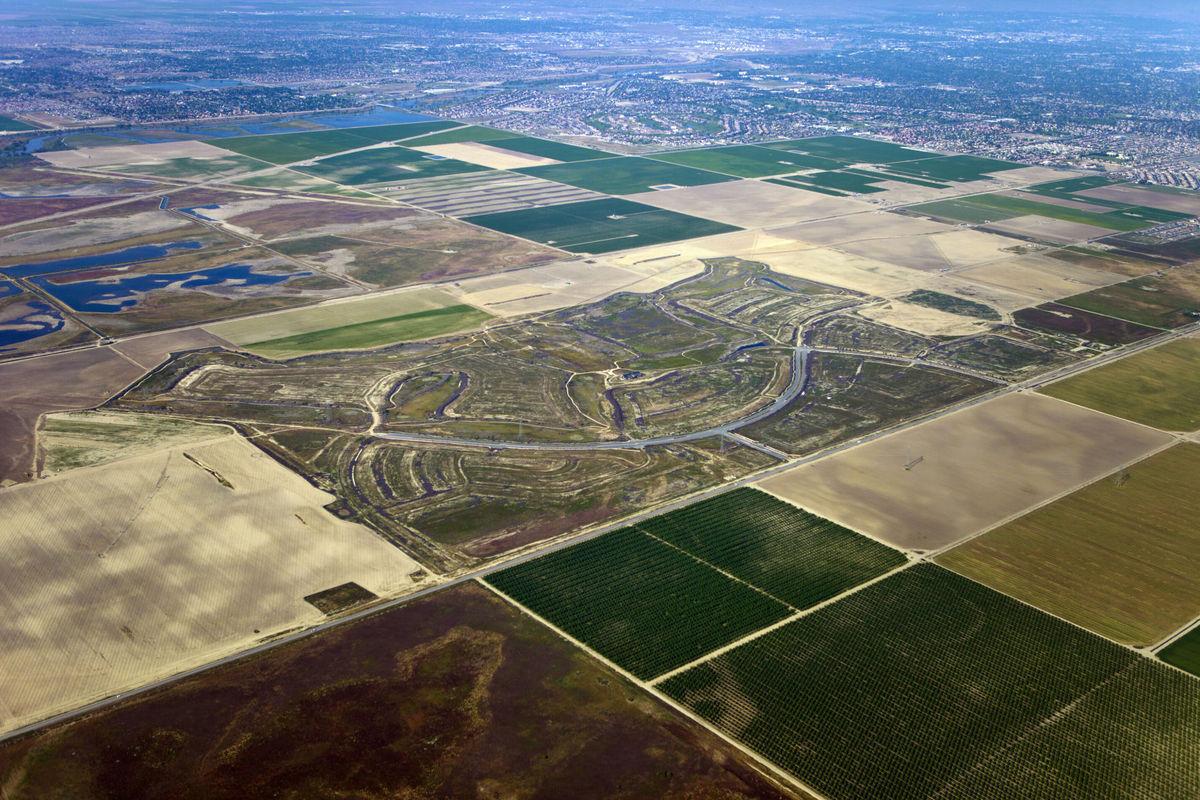 Aerial photo showing the semi-developed portion of the old McAllister Ranch development on Panama Lane between Nord and Allen roads. 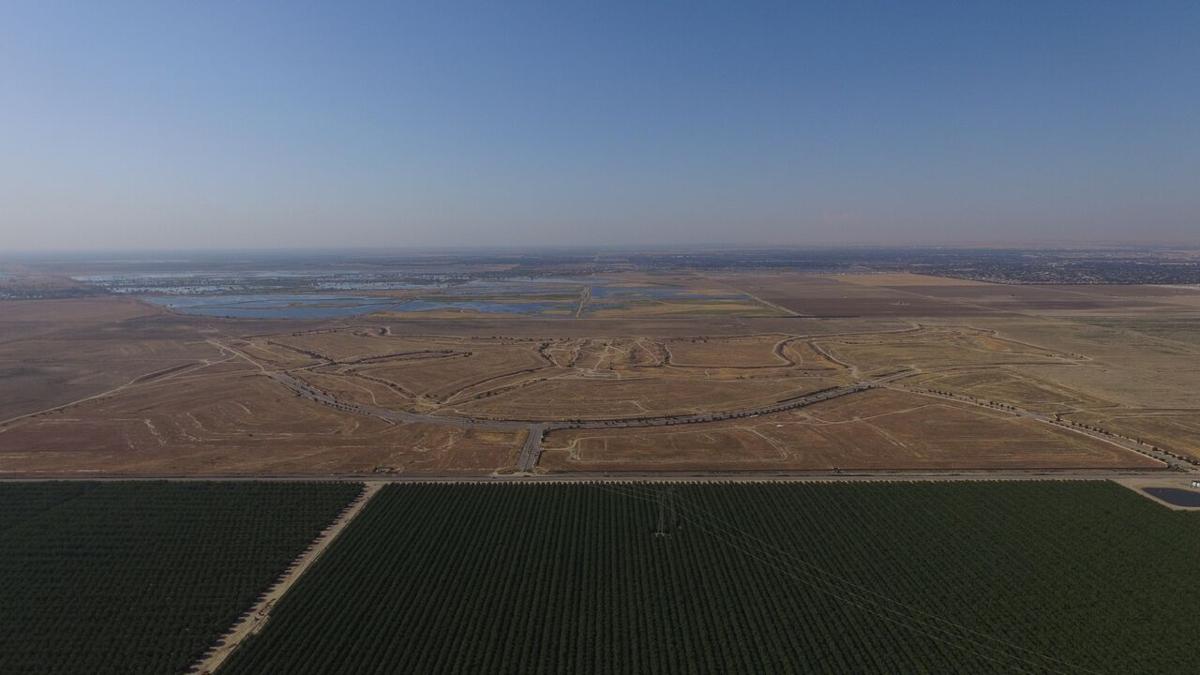 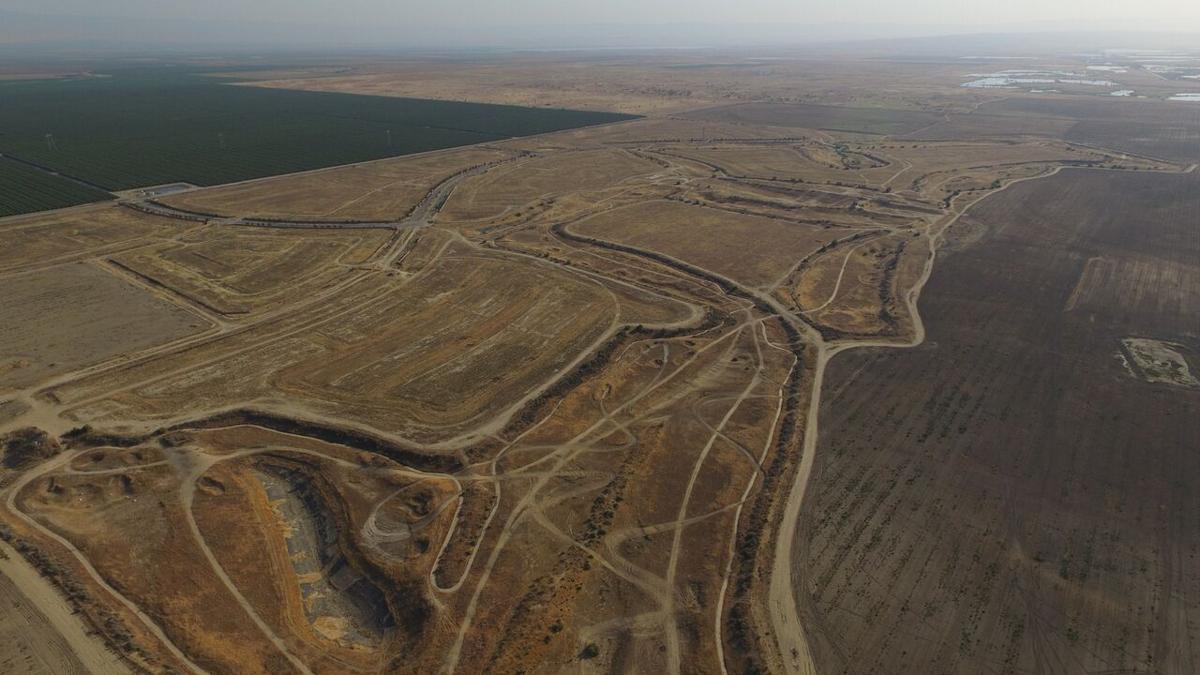 McAllister Ranch as seen from a drone in June shows the old golf course that was supposed to be part of a massive housing development. It may become a water bank instead.

Aerial photo showing the semi-developed portion of the old McAllister Ranch development on Panama Lane between Nord and Allen roads.

McAllister Ranch as seen from a drone in June shows the old golf course that was supposed to be part of a massive housing development. It may become a water bank instead.

The saga of a local icon of the 2007 real estate crash continues with yet another twist.

McAllister Ranch, once touted to become a 6,000-home, elite Bakersfield suburb with its own Greg Norman-designed golf course, has a new owner.

Well, part of it. And the owner is only sort of new.

Buena Vista Water Storage District (BV) recently bought the middle 600 acres of the ranch, which includes the golf course, with the intent of using it as a groundwater bank, according to John Vidovich, president of the BV board of directors.

BV, along with Rosedale-Rio Bravo Water Storage District, bought the whole 2,100-acre ranch out of foreclosure in 2011 for $22 million.

Their plan was to bank water on the land but that never got off the ground, leading to a legal falling out between the water districts.

Developer SunCal had an option to buy the center 600 acres for $4 million, which it did a few years ago.

Apparently, SunCal couldn’t put together a development deal and offered it to BV and Rosedale.

Rosedale declined and BV snapped it up for $12 million. (For those of you doing the math, yes, BV paid $10 million more for the land than it got from SunCal.)

Again, Vidovich said he expects the district will use it for water banking.

When I reminded Vidovich that the City of Bakersfield had issues with that plan — issues in the form of a lawsuit that’s been hanging over the project’s head for several years — Vidovich said perhaps “others” would have a different view.

“The people of Bakersfield.”

What people? You mean like voters? As in, you might take this to the voters through an initiative?

But if BV were to file an initiative, it wouldn’t be the first time Vidovich has tried to appeal directly to the public to get a project past a government entity.

He filed a ballot initiative in Cupertino in April 2016 to build a hotel that the city council had rejected earlier.

The council sued and a judge recently tossed the initiative out as being flawed.  Vidovich has appealed that ruling.

I called Bakersfield City Attorney Ginny Gennaro to get her take on BV’s purchase, the status of the city’s lawsuit and the idea of a possible water banking initiative.

The lawsuit, she said, was put in abeyance several years ago until a zoning change was sought and granted and all the proper environmental documents were done.

None of that ever happened so the lawsuit is still out there, waiting.

To the best of her recollection, she said no one has ever used the initiative process for land use planning locally.

It’s not a new tactic elsewhere but going that route tends to “run into more trouble with the courts than it’s worth,” she said.

“If something like this is taken to the voters and they allow it, then it trumps the whole General Plan process where if you want a zoning change you have to go to the Planning Commission and then the City Council,” Gennaro explained. “My hope is reasonable minds get around a table and talk about what this new sale does and how to deal with it.”

Meanwhile, communication between BV and Rosedale has apparently deteriorated to the point Rosedale’s general manager, Eric Averett, didn’t know BV had bought the SunCal land until I called.

Earlier this year, BV sued Rosedale to force a sale of the entire ranch. Rosedale filed a cross complaint asking the judge to split the property.

While the water districts work out their issues in court, the City of Bakersfield will be watching, no doubt with its trigger finger on the waiting lawsuit.

At issue was that the city wanted to be the lead environmental agency for the project. The water districts objected.

An undercurrent, of course, is whether the bank would be used to facilitate selling water out of the local basin.

Averett and Vidovich have vehemently denied that is part of the plan. Though both districts have sold water out of Kern County.

Water is tricky and water banks can be used to make it even trickier.

Maybe BV and Rosedale wouldn’t straight-up sell water out of McAllister, but that banked water could be used to backfill for other water sold or “exchanged” by the districts through their myriad other water sources.

With looming requirements (and threats of state action) that every water basin be in balance under the Sustainable Groundwater Management Act, exactly where every drop is stored, shipped and used will be closely watched.

Let's all keep our eyes peeled.

I think that it would be a great idea to double up park and gold course spaces with ground water storage or catchment areas. Given the water issues that are plaguing the planet now, the more we can make use of green spaces like this, the better off we will be in time to come. Let's just hope that it's something that the new management is considering.