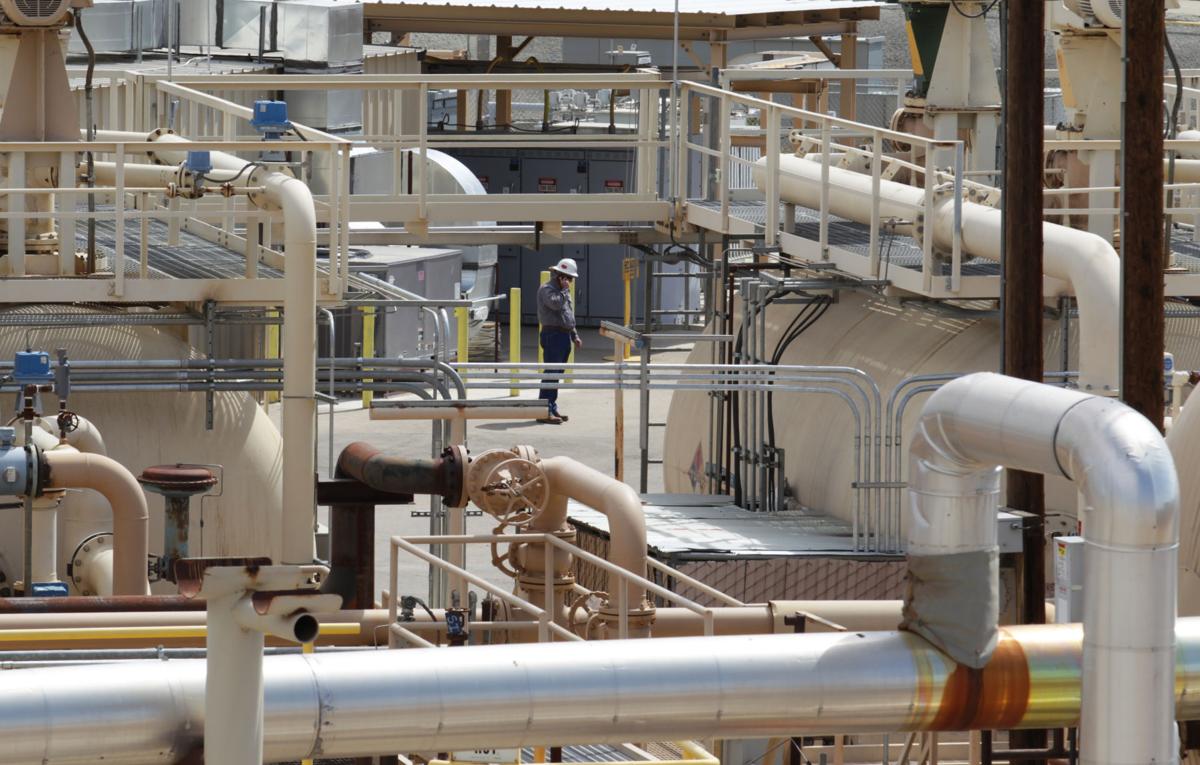 Water filtering tanks( center, left and right) are covered by a mass of pipes at Chevron's water recycling plant. 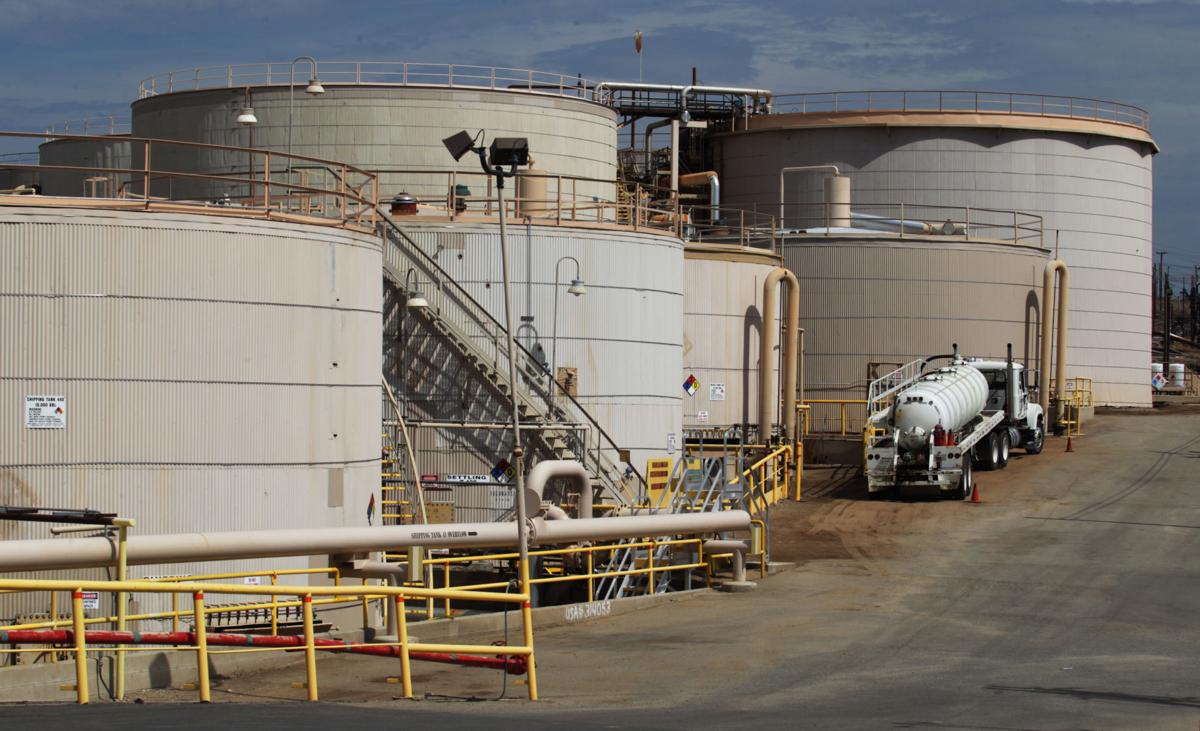 Large surge tanks stand on the "oil side" of Chevron's water recycling plant. 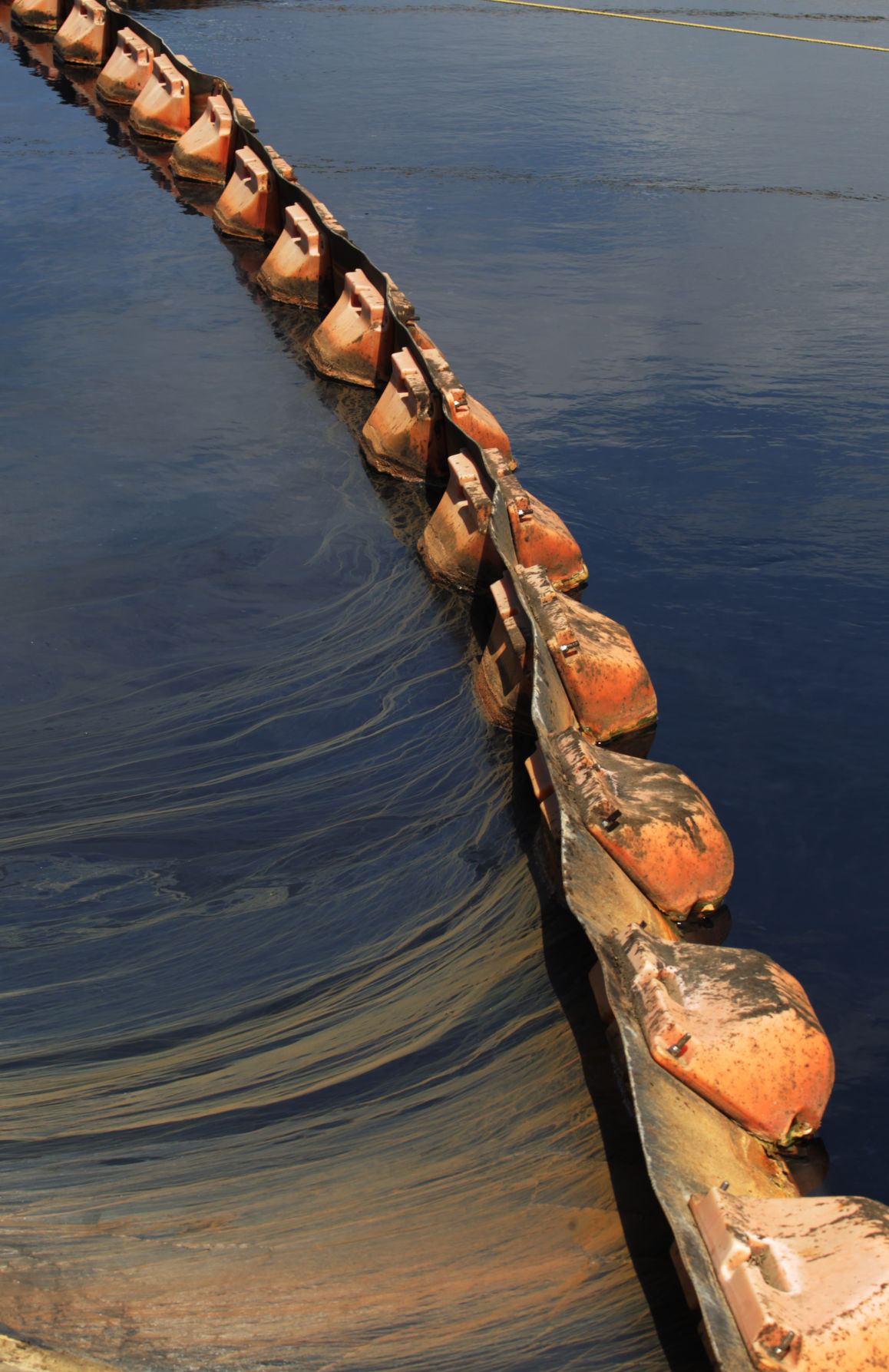 A boom catches particulate matter in a Chevron polishing pond northwest of Bakersfield. 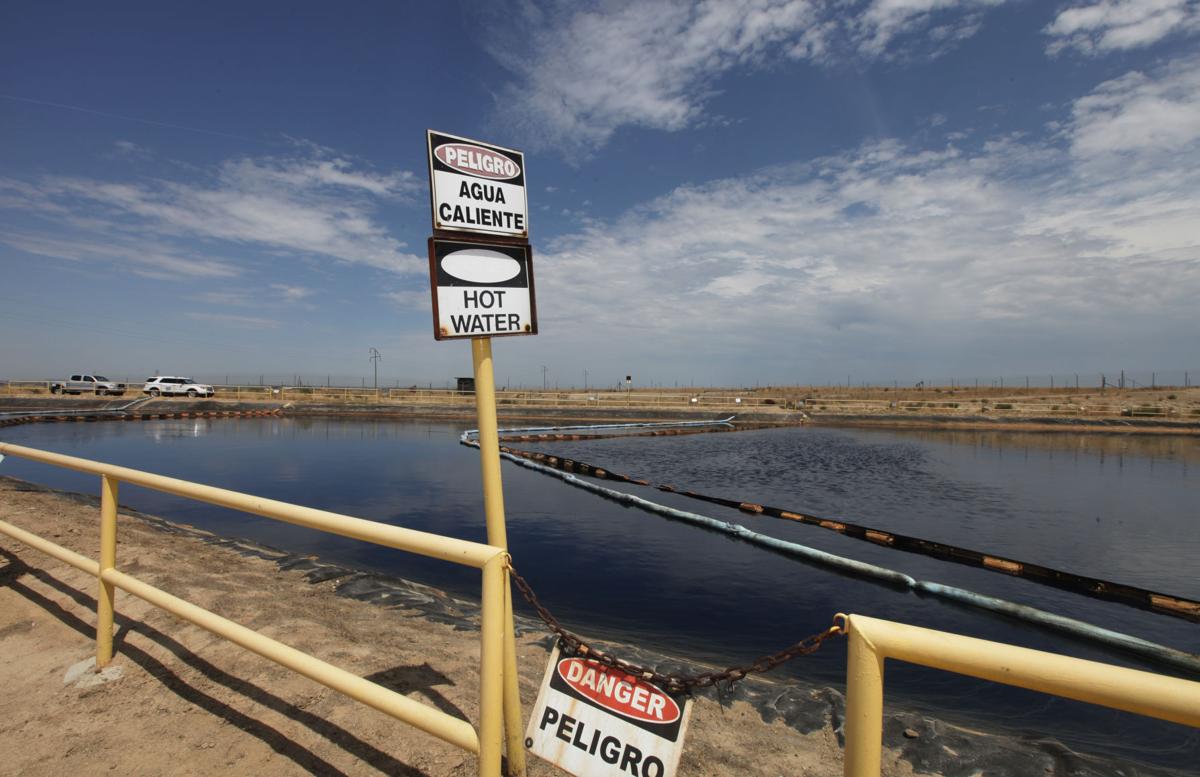 The temperature of water in this Chevron polishing pond reaches as high as 148 degrees. 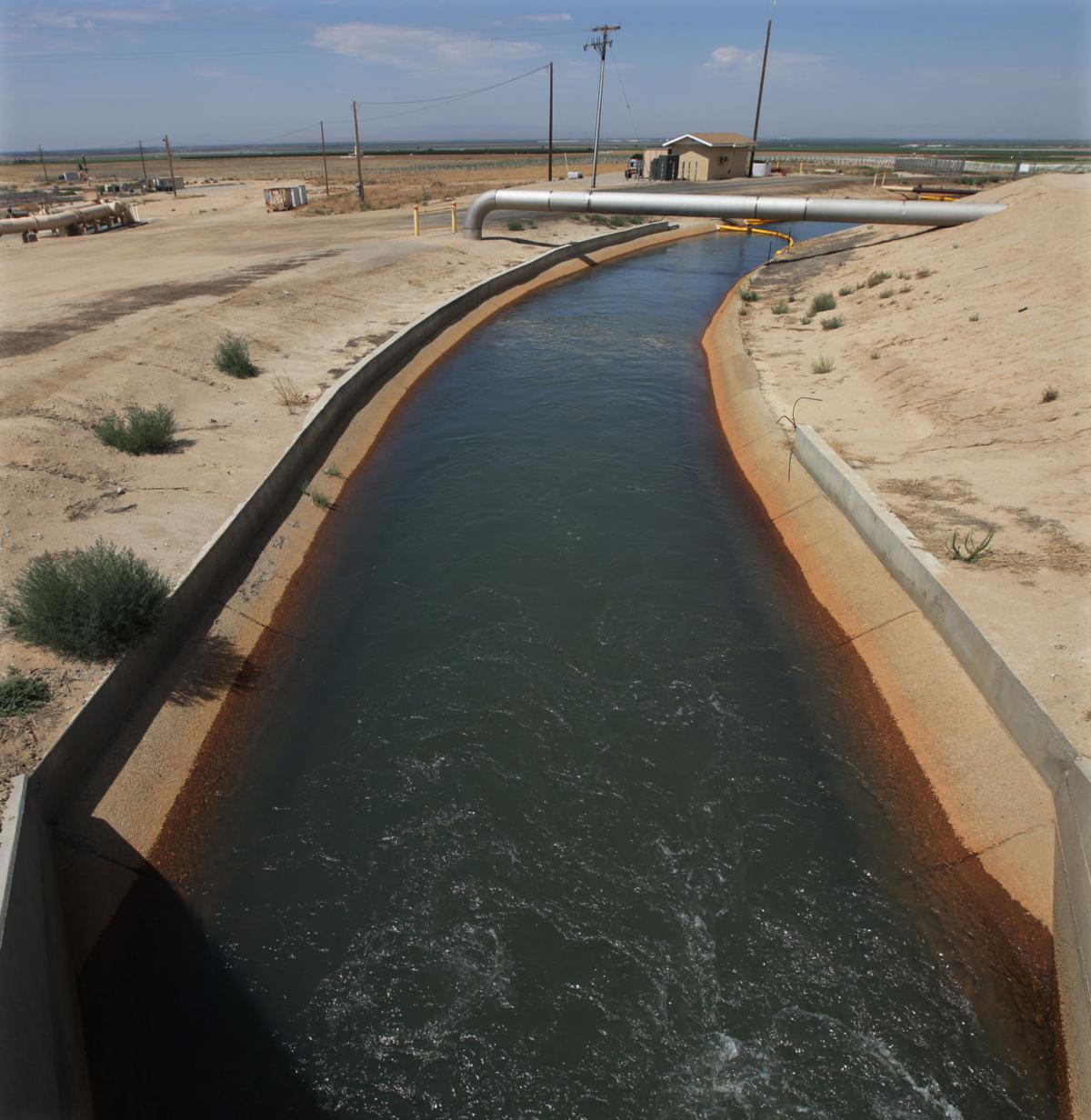 Processed oilfield water flows out to farmers from Cawelo Water District's reservoir B. 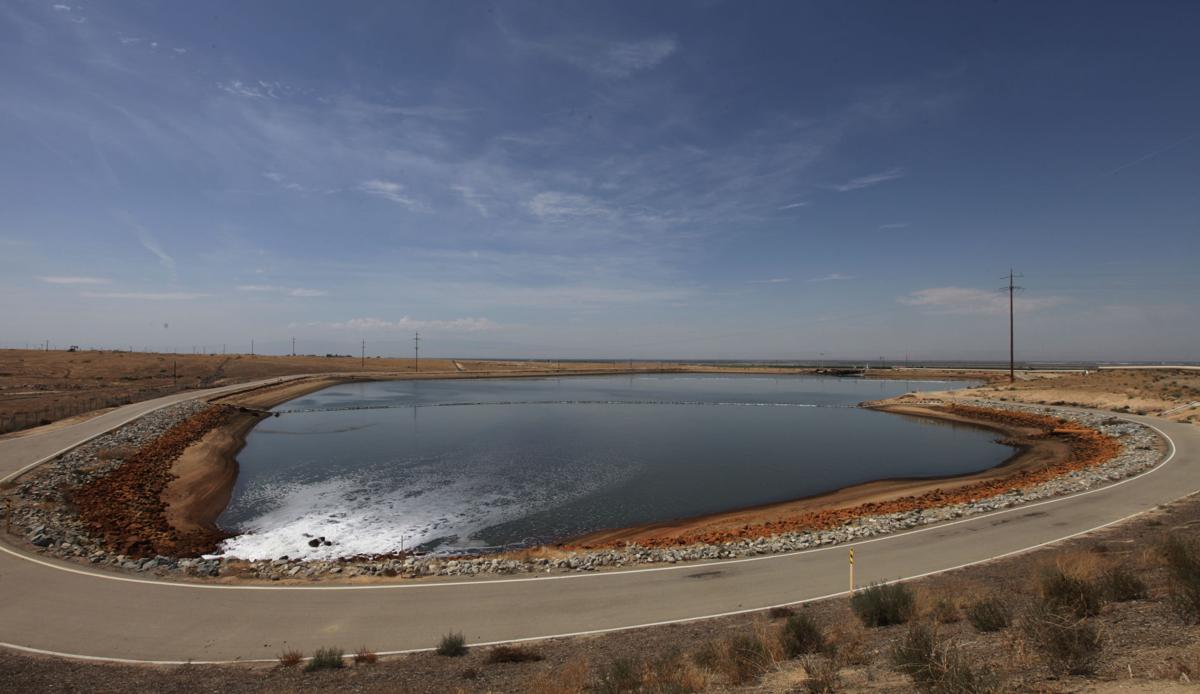 Water from a Chevron polishing pond flows into the Cawelo Water District's reservoir B northwest of Bakersfield. 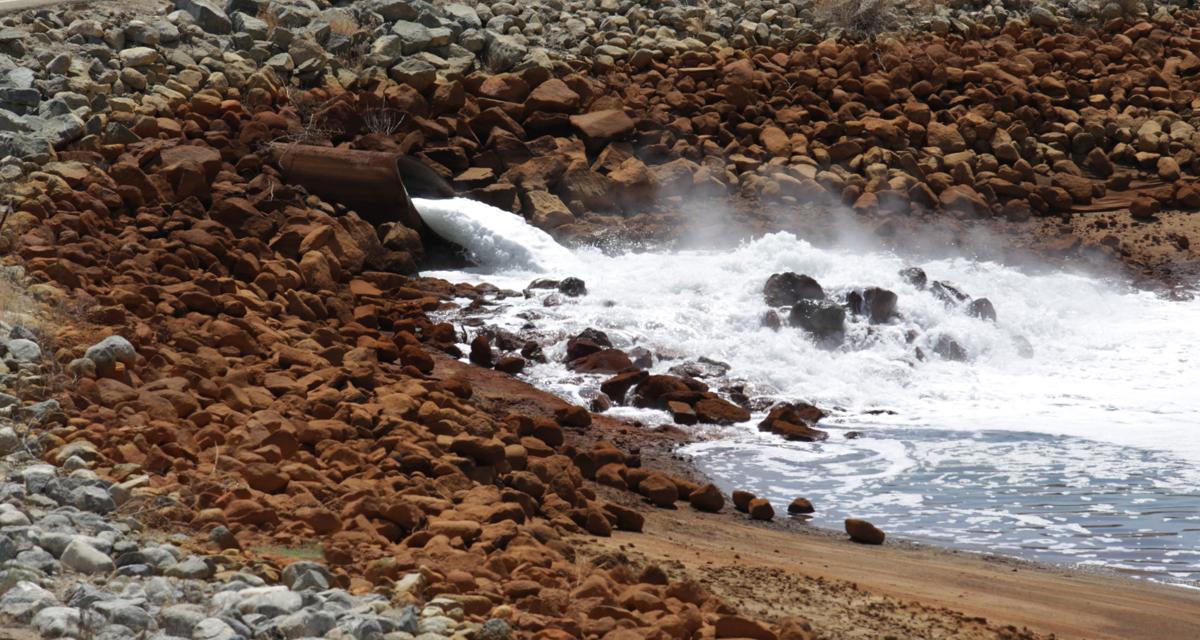 Water filtering tanks( center, left and right) are covered by a mass of pipes at Chevron's water recycling plant.

Large surge tanks stand on the "oil side" of Chevron's water recycling plant.

A boom catches particulate matter in a Chevron polishing pond northwest of Bakersfield.

The temperature of water in this Chevron polishing pond reaches as high as 148 degrees.

Processed oilfield water flows out to farmers from Cawelo Water District's reservoir B.

Water from a Chevron polishing pond flows into the Cawelo Water District's reservoir B northwest of Bakersfield.

I’m all for healthy skepticism of the oil industry.

By its nature, it’s a dirty, dangerous business. And let’s face it, it has priors for obscenely reckless behavior.

But a recent story in The Los Angeles Times went far beyond shedding light on questionable practices.

To my reading, the May 3 article attempted to create a bogeyman with no factual basis for the sole purpose of scaring people.

The purported point of the story was that greater interest in using oil field water because of the drought had raised concerns over the “adequacy of safety measures” protecting us from “toxic oil production chemicals.”

Spoiler alert: After tests were released by the Central Valley Regional Water Quality Control Board last month, The Times had to admit in follow-up stories that the water is safe.

That story practically salivated with the implication that Cawelo farmers are watering grapes and oranges with toxic water.

And what about the fruit? (Cue the “Psycho” theme music.)

Even experts quoted in the Times story said they had no idea if possibly tainted irrigation water could produce harmful fruit. One source said soil microorganisms can take care of impurities before they ever get to the root system, much less the fruit. But, by golly, it was still a QUESTION OF CONCERN.

And let’s not forget the scary numbers detailing what’s supposedly in the Chevron/CRC water.

In fact, those numbers were from samples taken of oil and water pooled at the base of a wellhead on the Poso Creek Oil Field, which has nothing to do with the Cawelo project and is neither owned nor operated by Chevron or CRC.

The scary numbers, which were in a graphic with the story, also didn’t reflect what’s in the water after it’s treated and filtered by Chevron and CRC, via its contractor Valley Water Management, and then mixed with fresh water.

The Times did print an after-treatment-and-mixing correction:

• 25 to 56 parts per billion of methylene chloride.

So, that was kind of a boo boo.

Even if the first set of numbers had been correct, my question is “So what?” How do I know how much acetone or methylene chloride in the water will hurt me? Or in a grape I might eat that was irrigated by that water?

The Times didn’t bother to sort that out for its readers.

Here’s the weirdest part of all this, though. The regional board had already instituted a program to increase testing of produced oil field water  at the beginning of the year. That’s partly because of heightened interest in using oil field water for irrigation due to the drought. And it’s partly because of revelations that produced water has been held improperly in unlined sumps around the state for years. (Which our oil reporter John Cox has written about several times and is an actual issue that bears watching.)

Test results for the Chevron/CRC water were expected about a month after the Times published its story.

Instead of waiting to get those results, — which, again, showed the water is safe — the Times went forward relying on information from a man named Scott M. Smith.

Smith is a water activist with a group called Water Defense and is also CEO of a company called OpFlex Solutions LLC, which makes and sells foam used in oil spill clean ups.

It’s unclear if that’s the same foam he used to take water samples from the Cawelo canal per a video he put up on YouTube.

In the video, where he claims there are “tar balls” near the Cawelo water (it’s black algae, according to Chevron and Cawelo), he uses foam fingers that look similar to what is marketed on the OpFlex website to take several water samples. The samples were tested by a third-party lab.

Smith told me his sampling method gives a broader picture of what’s in the water compared to traditional methods used by the regional board. He added that he’s working with the EPA on something having to do with his sampling method, though he refused to say what exactly or which division in the EPA, saying that information was “confidential.”

The Times story also said Smith had “consulted” for the EPA, but didn’t elaborate. I asked the Times if they had any more information on what Smith had done for the EPA or if he had provided a contact I could call to follow up. “If you want to know more than we reported about Mr. Smith’s dealings with government agencies, you should report it out on your own,” was the Times response.

Anyhow, in the traditional method, samples are taken at different points of the Cawelo/Chevron/CRC program.

That’s a “split second grab,” Smith said and assumes the water is in “equilibrium.”

Instead, Smith puts his foam fingers in the water at different depths and leaves them there to collect constituents over time. That way he says he gets a more robust view of what all is in the water.

He likens traditional sampling to only looking at a snapshot from a security video camera rather than viewing a whole day’s feed.

“I’m not saying their method is wrong, not at all,” he said. “Grab samples are useful. But it’s not enough to declare the water safe.”

More testing is one thing he and Clay Rodgers, assistant executive officer of the regional board, agreed on. Chevron and Cawelo both told me they’re cool with more testing.

As part of the regional board’s new initiative, the Cawelo project will be doing periodic testing so the regional board can see if results remain consistent over time. The board is also having Cawelo, Chevron and CRC test for a broader array of chemicals. And it has assembled a task force of food safety and public health experts to look at whether oil field produced water could affect the fruits and vegetables it’s used to grow.

All of that was in progress before the May 3 Times article, he said. The only thing the regional board did in response to that article was request a special test from Chevron for methylene chloride, which came back as “non detectable.”

That the regional board’s tests found some of the same chemicals Smith did, albeit in much smaller concentrations, was a vindication to Smith’s thinking.

“This isn’t about me, it’s about what’s in the water,” Smith said.

Put another way, if you added up all the salt used in a restaurant over a month, it would be a deadly amount. But per serving, it’s harmless.

I said at the start that healthy skepticism is a good thing.

I wish the Times had applied that to all aspects of its reporting on the Cawelo project.

Opinions expressed in this column are those of Lois Henry. Her column runs Wednesdays and Sundays. Comment at http://www.bakersfield.com, call her at 395-7373 or email lhenry@bakersfield.com
LOIS HENRY ONLINE

Lois Henry appears on “First Look with Scott Cox” every Wednesday on KERN 1180 AM and 96.1 FM from 9 to 10 a.m. The show is also broadcast live on www.bakersfield.com. You can get your 2 cents in by calling 842-KERN.
WHY WE RAN IT


The Californian ran the LA Times Cawelo story on its front page May 3.

The story came over on a weekend and a beat reporter wasn’t available to vet the information or contact the various agencies for comment.

This was a story about something in our backyard on a very important topic.

Like many readers, we also trusted the LA Times to get it right.

In this case, I believe, that trust was misplaced.

In a video Scott Smith did for Water Defense, he is seen collecting oil and water samples from the base of a wellhead in the Poso Creek Oil Field, which he doesn’t identify and doesn’t mention that water from Poso Creek Oil field is not part of the Cawelo project.

He says he will “fingerprint” the water from that wellhead and then follow it through the Cawelo system.

When I asked what the fingerprint showed, Smith told me that information was exclusive to the Los Angeles Times.

He initially said the Times contacted him about Cawelo, but later told me he had seen a story about the Cawelo project in the New York Times in 2014 and came to Kern on his own to get samples back then. He returned in March 2015 and brought the LA Times with him to observe a second round of testing.

And though the Times story said Smith obtained his samples as the water “moved from Chevron’s oil fields through the irrigation canal to farmers fields,” he could not have seen nor sampled Chevron’s water until it got to Cawelo’s ponds, where it is mixed with water from California Resources Corp.’s lease before being mixed with fresh water.

Chevron’s water goes from its oil wells through a series of separation, skimming and filtration tanks before it’s put into an eight-mile underground pipeline and taken to Cawelo.

So it would be impossible to follow or sample the water from Chevron’s oil fields to a farmer’s field.

After asking a number of questions about Smith’s background, his credentials (he graduated from Harvard Business School) and his methods, Smith said he felt I might be doing a “smear” job on him and that he’d been told The Californian was owned by Chevron.

We are not. We are one of the last independent family-owned papers in the country.

LOIS HENRY: In water conservation, there's reality and then there's the state

In trying to hit its state-mandated water conservation target of 28 percent, the West Kern Water District finds itself stuck between a Califor…