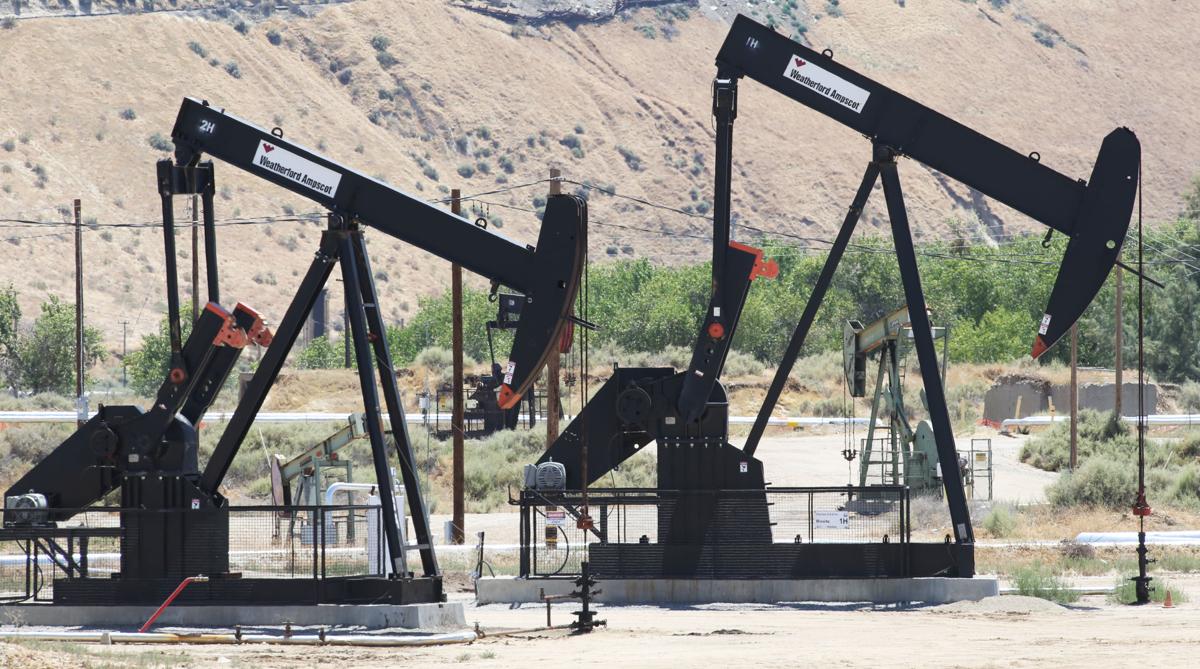 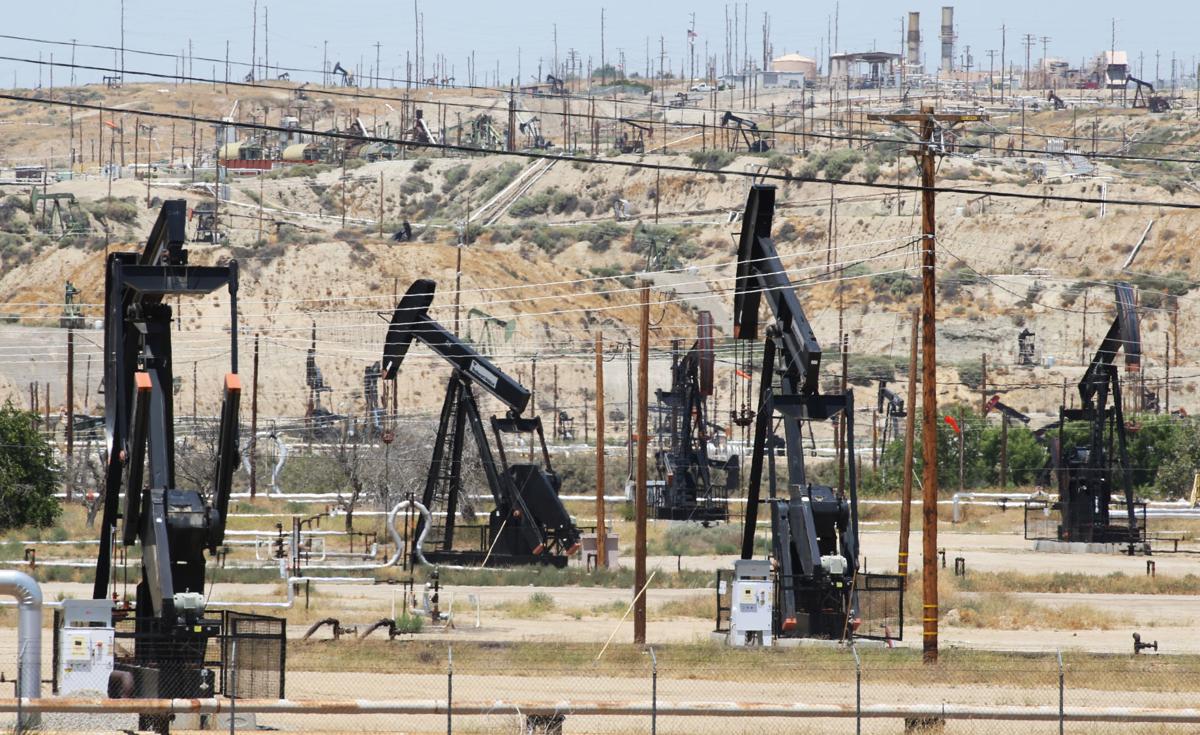 The Kern River field is a mass of pipes and wires.

The Kern River field is a mass of pipes and wires.

But the stakes are huge for all sides.

The outcome of this lawsuit could change how Kern's main economic driver does business.

It certainly could affect the coffers of a number of entities — most of all the local air district — considering the county collected more than $4 million in fees under the new permits in its first year.

And since Kern is the first county ever in California to permit oil operations using a single overarching environmental impact report, or EIR, a lot of eyes are watching this quiet but fierce rumble in our oil patch.

There are two basic issues: One is environmental, the other is constitutional (see sidebar).

First, though, let's get acclimated.

Before this ordinance was passed by the Board of Supervisors on Nov. 9, 2015, Kern County did not permit oil operations.

Not well drilling, nor workover operations (working an existing well).

Those activities were considered “by right” in Kern.

The only agency oil companies needed a permit from was the state Division of Oil, Gas and Geothermal Resources, which focused primarily on oil formations and well structure, not environmental impacts.

Meaning there was little to no environmental review.

With concerns over how oil affects the environment growing in Sacramento, local industry reps came to Kern in 2013 seeking a permit process that would address environmental issues and give them some certainty.

So, county planners set on the herculean task of developing a single EIR that would lay out anticipated impacts and ways to mitigate those impacts for a 20-year timeline.

The EIR was approved as was the new zoning ordinance, which basically permits oil operations after a long check list of must-dos are done.

The county was sued almost immediately.

While lawyers — oh soooo many lawyers — argued the finer points of how the California Environmental Quality Act, or CEQA, should be interpreted and whether Kern studied this impact or that impact well enough, I wondered how the past year and a half had gone under the new ordinance.

Wouldn’t ya know it, the Planning Department posted an annual progress report on its website about exactly that in December.

In the first year under the new ordinance, Kern had permitted 1,122 new wells and 72 workover operations.

It also collected, as noted above, more than $4 million.

The bulk of that money, about $3.5 million, went to the San Joaquin Valley Air Pollution Control District.

The district uses that money to retire a wide variety of older, more polluting engines from school buses to lawn mowers.

“Our grant programs are already oversubscribed,” said Seyed Sadredin, executive director of the air district. “In order to achieve the new PM2.5 standards (tiny bits of dust and soot) we would need $2 billion a year to replace thousands upon thousands of older, polluting trucks, tractors, irrigation pumps, off-road equipment, etc.”

Sadredin figured for every $10,000 the district spends through its grant programs, it can get 1 ton of NOx (nitrogen oxide, which helps form ground-level ozone) emissions reductions.

Sadredin praised Kern’s new oil permitting structure as helping the district regulate portions of the industry it didn’t have access to before.

“Our involvement had always been after the oil is pumped out, the processing and transportation phase,” he said. “This gets us to emissions associated with the drilling phase.”

Yes, the county’s new permitting process regulates aspects of the industry that had been overlooked and that’s good, said Gordon Nipp, vice chair of the Kern-Kaweah Chapter of the Sierra Club, which joined four other activist groups and sued over the permit ordinance.

The bigger issue for Nipp, though, is that this permit process lets oil companies off the hook for project-by-project environmental reviews.

Instead, the single, overarching EIR is considered review enough, he said.

“Lorelei (Oviatt, Kern County’s planning director) told oil companies they would never have to do CEQA again for the next 20 years,” Nipp said. “And that really stirs me up because who knows what’s going to happen in the next 20 years in the oil fields, how they may decide to change operations and extraction methods.

"Under this, they’ll be able to do it without any public input or review because the county is rubber-stamping oil permits.”

Oviatt declined to comment as the case is in litigation.

Nipp would have rather seen the county create a long-range EIR that made some basic assumptions about environmental impacts but still required each project to be reviewed as it came up.

“Otherwise, how is the public going to find out what’s going on?”

Sadredin couldn’t speak to every aspect of the EIR but said as far as the air district is involved, each project (or well) is treated uniquely.

When an operator wants to drill a well, the district does an emissions quantification specific to that well.

“To me, there is project-by-project review and it’s all totally open to the public,” he said.

Spoiler alert: EIR lawsuits are typically successful, meaning judges toss them back to the government agencies for a redo.

After the redo, though, they are most often accepted.

Considering the vehemence of anti-oil activists, I doubt that will be the end of it.

Kern was sued from three directions after it approved its new oil and gas permitting process in November 2015.

One suit came from a coalition of environmental groups challenging the environmental impact report that supported the new permitting ordinance.

A second was filed by King and Gardiner Farms, also over the EIR.

A third was filed by Vaquero Energy, a small oil company, over a provision of the ordinance that involved surface and mineral rights.

Over the years, some oil companies have used that fact to run roughshod over surface rights owners by arbitrarily taking land to drill wells, tearing up crops for roads and leaving a mess behind.

Kern instituted a number of requirements in its ordinance to try to ameliorate the strife that has increased over the years as more oil drilling has moved into farmland, primarily around Shafter and Wasco.

To get a permit to drill, Kern requires signoff by surface owners.

If that’s not forthcoming, the county imposes a 120-day negotiating period to see if a compromise can be reached.

The larger oil companies and trade groups didn’t worry about that provision of the permit process because most don’t operate in ag-land areas, or their operations are minimal.

“But for little guys like my client who do operate in those areas, it’s a big deal,” he said.

He is scheduled to resume the hearing on Aug. 10.

But it could be sooner if schedules of the numerous attorneys (I counted close to 20) permit.

Under Kern County’s new oil and gas permitting process, the county has been collecting fees to mitigate impacts of new wells and work done on existing wells. Following is a list of how much the county has collected in permit fees during the first year it’s been in effect and where that money has gone, according to a report submitted to the Board of Supervisors in December 2016.

There are several inaccurate and misleading statements made in this article that those of us who are environmental professionals are already rolling our eyes over.
You said: "Before this ordinance was passed by the Board of Supervisors on Nov. 9, 2015, Kern County did not permit oil operations.......The only agency oil companies needed a permit from was the state Division of Oil, Gas and Geothermal Resources, which focused primarily on oil formations and well structure, not environmental impacts."

That simply is not true. Permits for oilfield operations, including the drilling of new wells, have been required by the local Air Pollution Control District for over 35 years. Anything used in the oilfield with the potential to emit air pollution, unless specifically exempted due to insignificant emissions or regulated by other agencies, e.g., vehicles, must undergo a permit review and approval process before even being allowed to be built let alone operated. Furthermore, any operations that impact existing waterways may require streambed modification permits from Fish & Game. as well as other agencies. Other permits and/or approvals for other specific activities may be required by other agencies as well, such as the Regional Water Quality Control Board. To state that oilfield operations in Kern County were regulated by no agency other than DOGGR and to imply by that statement that they were otherwise unregulated in Kern County until the new ordinance was adopted in 2015 is simply not true and very misleading.