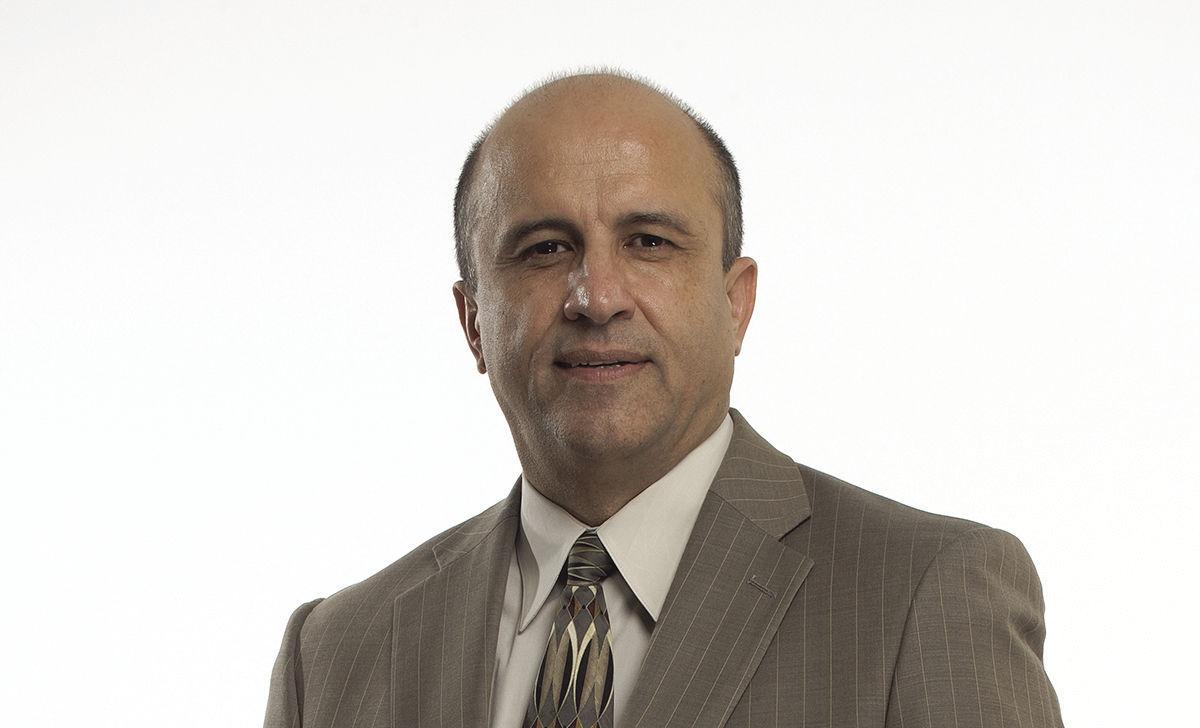 Seyed Sadredin, head of the San Joaquin Valley Air Pollution Control District, has advocated changing the Clean Air Act to prohibit federal sanctions of regions that have done all they can under local authority and still can't achieve federal air standards. 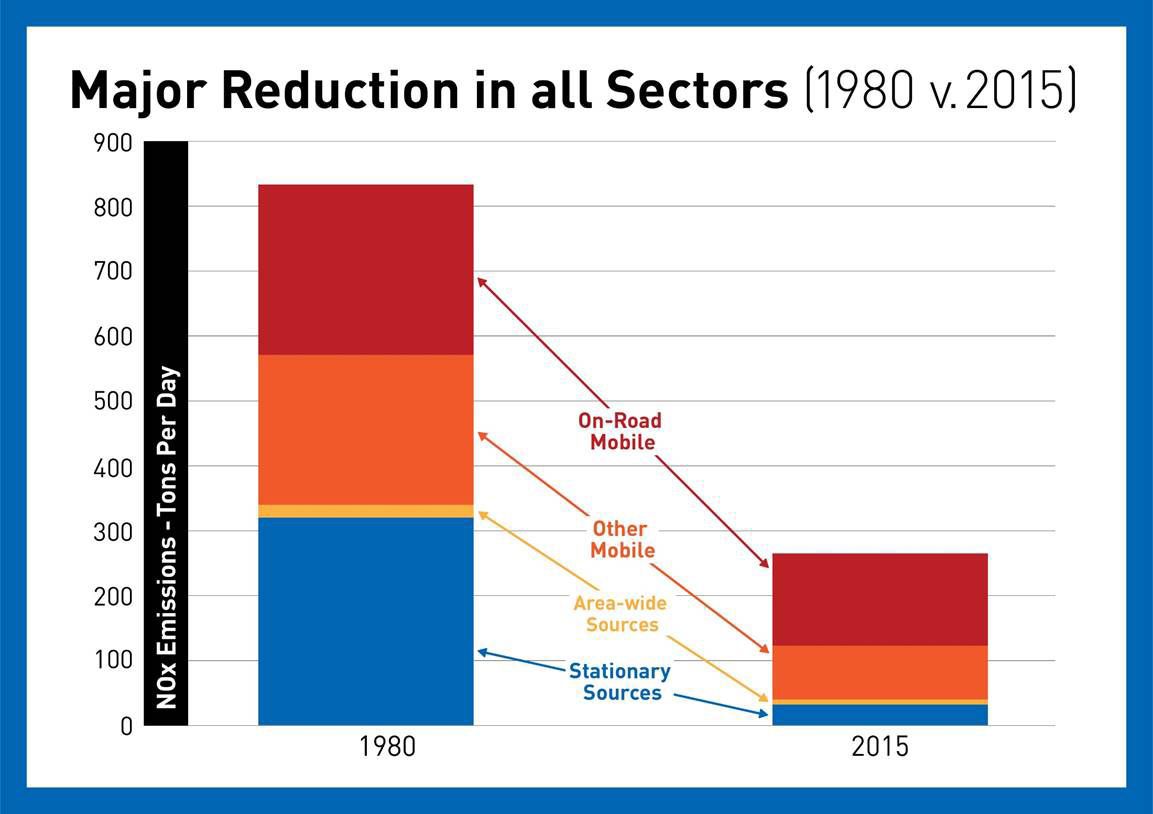 Air pollution in the San Joaquin Valley has dropped dramatically over the past 35 years.

Seyed Sadredin, head of the San Joaquin Valley Air Pollution Control District, has advocated changing the Clean Air Act to prohibit federal sanctions of regions that have done all they can under local authority and still can't achieve federal air standards.

Air pollution in the San Joaquin Valley has dropped dramatically over the past 35 years.

The whole premise of the jointly reported “investigation” by the Center for Public Integrity and the California Report (which airs on public radio) is that Sadredin is “curious” for advocating some incredibly minor changes to the Clean Air Act.

“At the same time the valley is violating federal standards, its chief air pollution cop is deflecting blame and aiding politicians in D.C. eager to pry open the venerable public health statute,” the article states.

In reality, what Sadredin has done over his career is implement the most stringent anti-pollution rules in the nation and oversee a massive reduction in air pollution from the 1980s to now even as the valley’s population has increased.

Ever heard of the “indirect source rule”?

You would have if you were a developer.

The valley is the only place that has this rule, though other areas of California are just now learning about it.

Under this rule, even if you’re developing houses or an outlet mall, not an emission-spewing factory, those structures will cause pollution by attracting traffic.

It was loathed when it was first put in place back in 2005 and, indeed, has made doing business in the valley more expensive and less competitive, according to Kern County Planning Director Lorelei Oviatt.

“That’s not done anywhere else, even in Southern California,” Oviatt said. “Our air pollution control district is doing everything above and beyond to comply with these standards and we still haven’t attained them.”

The valley’s problem isn’t a lackadaisical attitude toward the health effects of pollution, she said.

The problem is technology. We just don’t have controls for all emissions from every source.

What Sadredin is asking Congress to consider is changing the Clean Air Act to add a provision would bar a region from suffering federal sanctions if that region was found to have done everything within its authority to reduce pollution but was still out of attainment because of pollution beyond its control.

Local air districts only have control over stationary sources. It’s up to the state and federal government to reduce emissions from mobile sources — trains, trucks, ships and cars.

Three years ago when I first wrote about Sadredin’s quest to tweak the Clean Air Act, the district was asking for a lot more. Such as subsuming old standards into new standards to avoid the confusion and inefficiency of operating multiple implementation plans for a variety of standards each with its own timelines and milestones.

Seemed like a common sense idea to me. But it didn’t fly.

“That made people nervous so now we’re just asking for this one thing,” Sadredin said.

Instead of looking into how, exactly, the Clean Air Act works and whether it’s even possible for some areas to attain air standards without draconian measures such as “no drive days,” or “no farm days,” the Center for Public Integrity/California Report chose instead to vilify Sadredin, which is arguably easier to do.

While the Center for Public Integrity/California Report were busy painting horns on Sadredin, I came across a very interesting study that, I think, bears looking into.

At the beginning of their piece, the authors laud the “benefits” of the Clean Air Act, saying that by 2020, the EPA estimates the act will prevent more than 230,000 premature deaths per year by reducing particulate matter alone.

A 2015 study by Anne E. Smith found that the EPA uses one set of numbers to determine standards based on health risks of certain pollutants, and another set of numbers for estimating the benefits of regulating for those pollutants.

For instance, in 2012, regulators looked at the latest scientific studies and determined the annual average standard for PM2.5 (tiny bits of dust and soot from tailpipes) should be no more than 12 micrograms per cubic meter, according to the Smith study.

The studies that regulators relied on to set that standard didn’t show a high enough risk at lower concentrations.

But when the benefit analysis was done to estimate how many lives might be saved by reducing PM2.5, regulators gave the same level of risk to concentrations much lower than 12 micrograms per cubic meter.

Here’s what that means.

Regulators said if we could achieve the new PM2.5 standard, it would save between 460 and 1,000 lives per year.

Each of those lives represents a lot of money spent on medical bills, lost productivity, etc., which is how the expense of new air standards is justified.

In reality, if regulators had used the same numbers as were used to set the standard, the new rule would only prevent between 138 and 313 premature deaths, according to Smith’s study.

I’ve always felt if someone’s case can’t be won using actual facts, then he or she probably doesn't have one.

But when agendas are at stake, facts often get tossed on the burn heap. (Not in the valley, of course, we can't have those.)

In the words of Dr Joel Schwartz, the eminent air pollution expert from the Harvard T.H. Chan School of Public Health, “Particulate air pollution is like lead pollution, there is no evidence of a safe threshold even at levels far below current standards."(https://www.hsph.harvard.edu/news/press-releases/air-pollution-below-epa-standards-linked-with-higher-death-rates/). Multiple studies have shown that PM2.5 poses a risk, even below 12 microgram/m3. There's no sinister conspiracy or exaggeration, except perhaps by Ms Henry, who once again feels the need to vilify important efforts to protect public health against air pollution.

"....no evidence of a safe threshold....." which is precisely why the air pollution police will never be satisfied. Never that is, until they can shut down all human activity and stop the wind from blowing. Our goal should be the cleanest air practicable, tempered by the acknowledgement that risk is part of life.