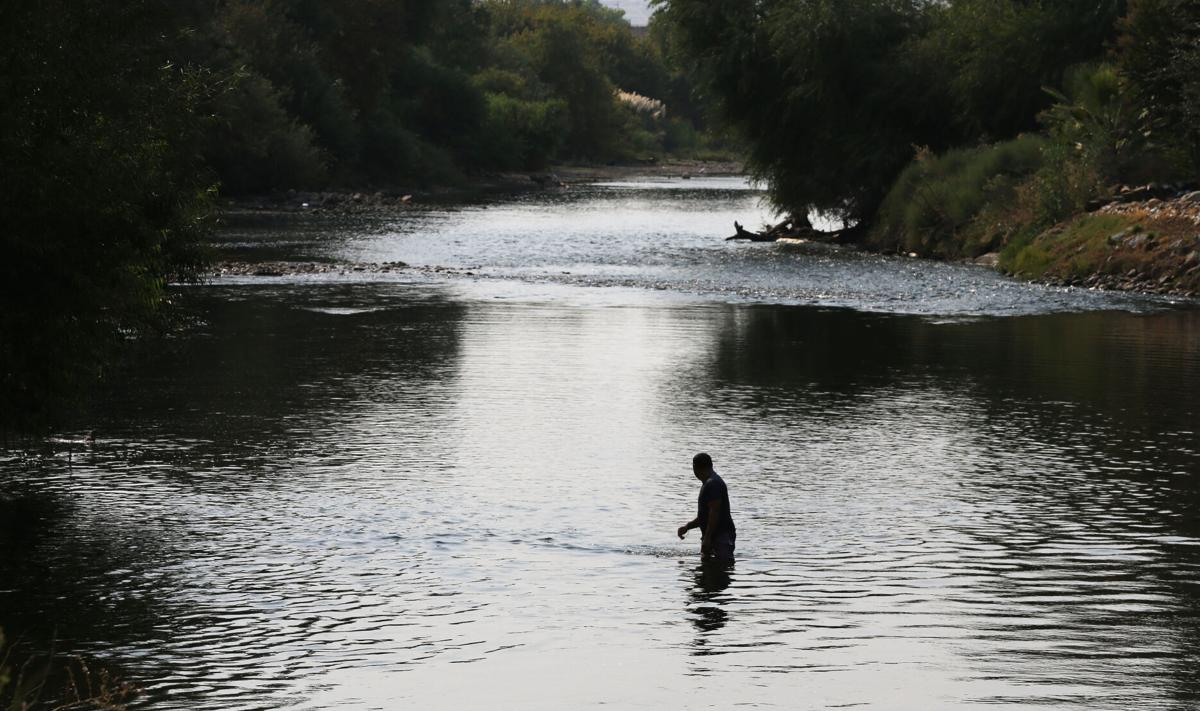 A man cools off in the Kern River at Hart Park. This week marks the 50-year anniversary that the city of Bakersfield decided to sue Tenneco West for a part of the river. Nearly three years later, a deal was struck. 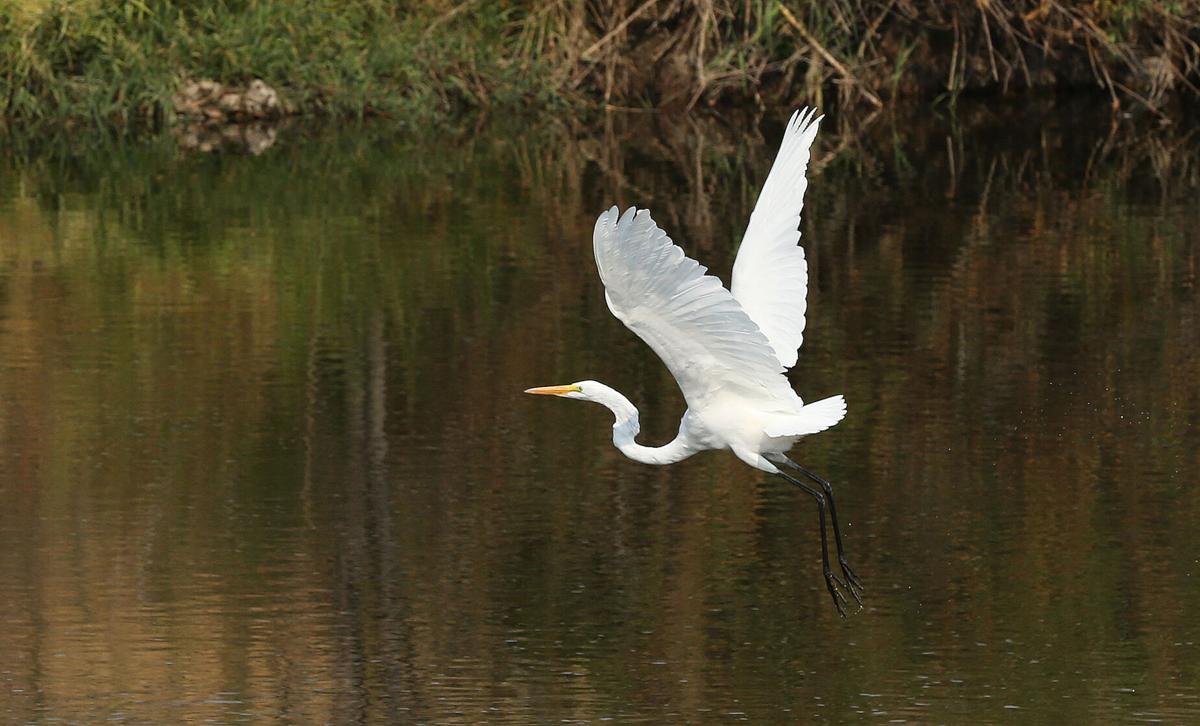 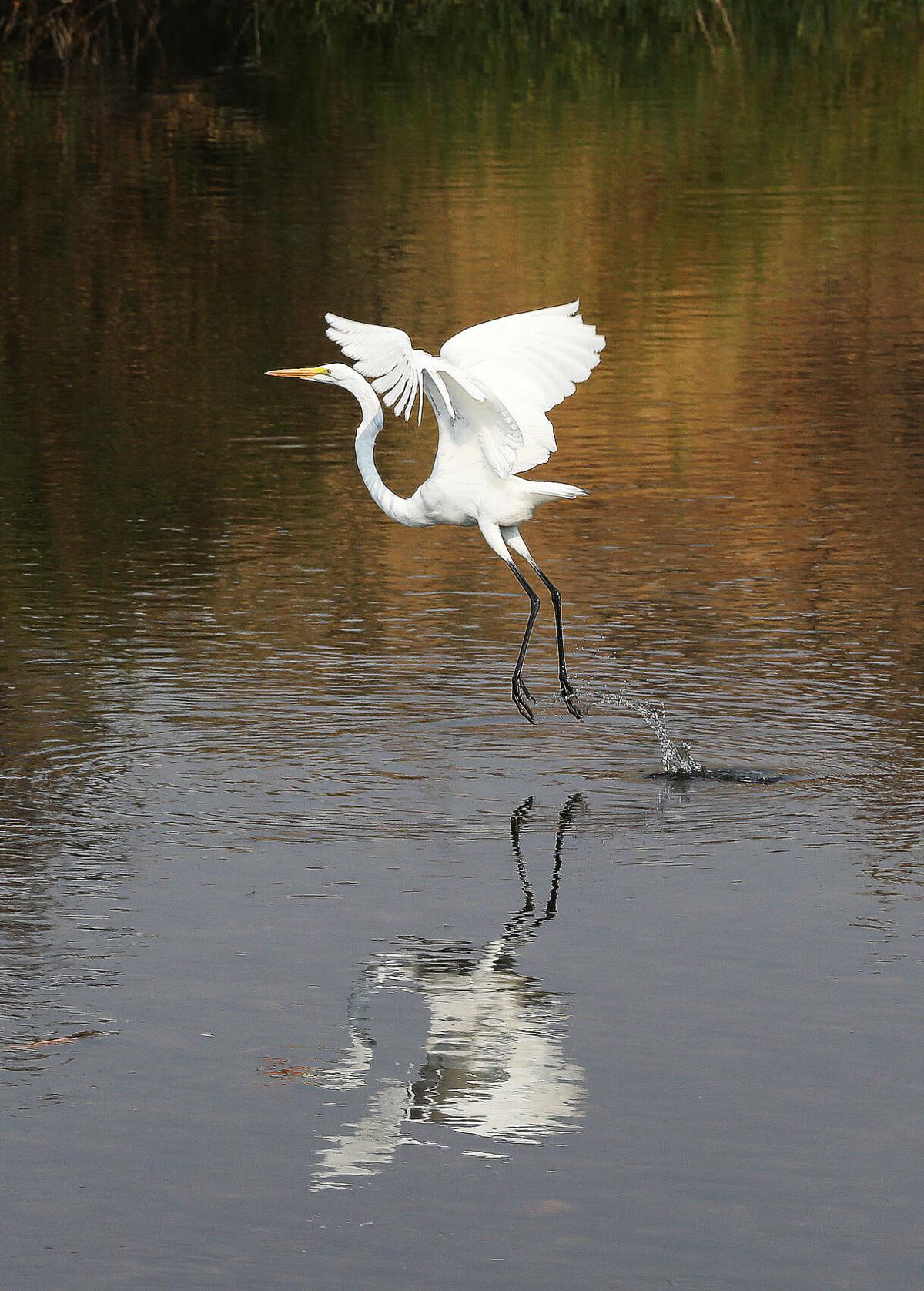 A man cools off in the Kern River at Hart Park. This week marks the 50-year anniversary that the city of Bakersfield decided to sue Tenneco West for a part of the river. Nearly three years later, a deal was struck.

On Monday evening Sept. 28, 1970, council members decided to sue Tenneco West for a slice of the Kern River.

“The shock was great to many, but from that day forward we had their attention and cooperation,” states the “Kern River Purchase” booklet compiled by the Bakersfield Water Resources Department in the early 2000s.

Ultimately, Tenneco West representatives made a deal with the city in June 1973 over lunch at the Bakersfield Country Club to sell the company’s water rights, the river bottom and its lands alongside the river to Bakersfield for $17.9 million.

It was a deal that would ultimately give Bakersfield rights to an average 140,000 acre-feet a year.

Even at lower end prices of $600 an acre-foot, that amount of water would cost $84 million today.

“We achieved far more for the citizens of Bakersfield than we had dared dream,” wrote the late Walter F. Heisey, a former councilman who negotiated the deal at that luncheon.

Indeed, this was the first time in the Kern River’s history that such a large chunk would be owned by a public agency.

“When the city started making noises about buying the river, we just laughed,” recalled Gene Bogart, who worked for Tenneco West at the time and would later go on to become the city’s water resources manager.

“We all thought it’d be a cold day in hell before a public agency would get its hands on the river.”

The river had been in private hands practically since the first white settler, Christian Bohna, moved his family into an abandoned fur trader’s hut at what is now 21st and M streets in downtown Bakersfield in 1860.

The Kern County Land Company was bought by Tenneco West while Miller’s share of the river would eventually belong to the Buena Vista Water Storage District.

By the 1960s, even the “old timers” had only known private ownership of the Kern River.

During that time frame, California began building the State Water Project to bring water down from the Sacramento-San Joaquin Delta to replenish aquifers that were being over tapped by growing agricultural needs.

The federal government was finishing construction of the Central Valley Project on the east side of the valley to bring San Joaquin River water from Millerton Lake for the same reason.

The water table beneath Bakersfield was dropping and the river through town was drying up as Tenneco West began diverting more water out of the channel.

Bakersfield city leaders knew they had to act.

“Before they got to that vote (in 1970), they did their homework,” said Art Chianello, Bakersfield’s current water resources manager. “They studied the issue for five years and believed the city had a riparian right to the river. It runs right through town. So just like a farmer with land along a river has rights, so did Bakersfield.”

City leaders started negotiations with Tenneco West in the late 1960s but made little headway.

So, on Sept. 28, 1970, they voted to “protect the rights of its citizens to the use of such amounts of Kern River water as the court determines to be valid,” according to the Kern River booklet.

They filed eight legal actions against Tenneco West, which were settled three years later under the $17.9 million purchase agreement.

Bogart, who retired from the city in 2002, still remembers the measure’s name, “Proposition B.”

“It was really a surprise,” he said of the vote. “That so many people wanted the river turned over to a public agency. We were really surprised.”

The foresight of both the city leaders and regular folks who voted for the bond is amazing to think of now, Chianello said.

“It’s the greatest thing,” he said. “The river is Bakersfield’s most important asset. Those folks really got it done for Bakersfield.”

RIVER WATER IN THE RIVER?

Bring up the Kern River to just about any Bakersfieldian, and the first question inevitably is some version of: “When are we going to get water in the river?”

There are a couple “pots” of water that could make that happen on a more regular basis.

After the City of Bakersfield bought rights to most of the river in the 1970s, some of the water was sold to agricultural water districts under long-term contracts to pay off the bond used to make the purchase.

Those contracts were up at the end of 2011 and the city tried to take that water back and run at least some of it in the river.

North Kern Water Storage District sued, however, and an appellate court judge agreed that the original contract had an “extension term,” that requires Bakersfield to continue selling its water to North Kern unless it has a “use and project” for that water.

And, no, running it down the river wasn’t considered a use or project by the court.

The future of that so-called “basic contract water” is uncertain as North Kern has filed another legal action against the city for allegedly not complying with the court’s order.

Even if the basic contract water were freed up, Art Chianello, Bakersfield Water Resources Manager, wasn’t sure it could always be used to run in the river bed.

Bakersfield has grown since 2011 and the city’s first priority is domestic needs and keeping the groundwater table up to comply with the State Groundwater Management Act.

Still, he said, in wetter years, the city would be able to use that water to put at least some water in the river.

“I don’t know that anyone promised there would always be a river year-round,” Chianello said. “The Kern is too variable to say that. I don’t know if there was a river 365 days a year even in the 1800s.”

The other pot of water to keep an eye on is “forfeited water,” which has been under consideration by the State Water Resources Control Board for more than 10 years now.

North Kern sued another ag water district for not using all its allotted Kern River water and in 2007 a court agreed the water was forfeited and kicked the issue up to the State Board.

Bakersfield is one of several entities that applied for the water.

Its application states it would run the water down the riverbed. Period. If Bakersfield’s application is approved by the State Board, that would be the water’s only permitted use.

There appears to be no movement at the state board to take up this issue, however.

Meanwhile, Chianello said, his department looks for ways to get water into the river at every opportunity.

This has been a very dry year with the river only at 43 percent of normal.

Chianello was able to keep the river full for more than a month last spring by using the river bed to move water to the city’s 2800 Acres groundwater bank west of Allen Road and other delivery obligations.

Those moments are appreciated, but not enough for a group of young people who’ve started a petition to get water in the Kern River full time.

Jonathan Yates created the petition on change.org asking Gov. Newsom, Natural Resources Secretary Wade Crowfoot and members of the State Board to award the forfeited water to Bakersfield to run in the river.

So far, he’s receive 3,096 signatures and is shooting for 5,000 before sending it to the State Board.

The petition explains some of the river water’s legal complexities and invokes one of Merle Haggard’s final recordings made in 2016 called “Kern River Blues,” about his feelings when he left Bakersfield in the late 1970s.

“Well, they used to have Kern River, runnin’ deep and wide / Then somebody stole the water, another politician lied.”