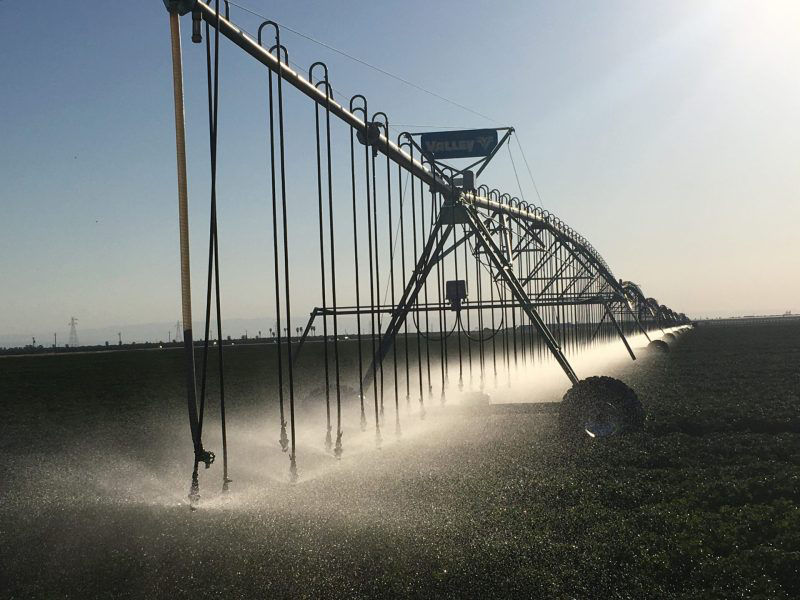 After months of fireworks over lowball pumping numbers and concerns that some groundwater agencies wouldn’t get on board, Kern’s last groundwater sustainability plan was approved Wednesday with barely a murmur.

The Kern Groundwater Authority board of directors voted unanimously to adopt its final GSP with just two weeks to spare before the massive document is due to the state Department of Water Resources.

The plans are required under the state’s new groundwater law, the Sustainable Groundwater Management Act, which aims to reduce severe groundwater overdrafting and bring the state’s critical subbasins into balance by 2040. The first plans are due to the state Jan. 31 with updates required every five years.

The GSAs must also sign a coordination agreement pledging to use the same data and accounting methods and make sure any actions they take to manage the Kern subbasin’s groundwater shortfall don’t negatively impact the other GSAs.

Accounting for groundwater became a heated topic at the KGA’s October meeting after its 16 members turned in water budgets showing the entire subbasin was only overdrafted by about 85,000 acre-feet a year.

Water district managers were called out for using “phony” numbers by the late KGA Chairman Dennis Mullins. Subsequent water budget numbers show that mostly agricultural pumping in the subbasin is being overdrafted — more water is pumped out than is put back — by about 324,000 acre-feet a year. (One acre-foot is about enough water cover a football field to a depth of 1 foot.)

Even as that argument was cooling, the Buena Vista Water Storage GSA, which isn’t a KGA member, said it wouldn’t sign a five-year coordination agreement with the other GSAs because the plans continued to allow too much pumping. Buena Vista would only sign a one-year agreement, General Manager Tim Ashlock said.

That refusal brought fears that all the Kern subbasin groundwater plans would be deemed incomplete, which could trigger probation for the entire subbasin under which the state could take over and issue its own pumping restrictions and fees.

But Wednesday morning, the Buena Vista board of directors approved the coordination agreement for the full five years. They still feel there isn’t enough oversight and too much pumping, Ashlock said in a text message. But directors realized they weren’t going to get others to agree to a one-year agreement and didn’t want to push the subbasin into probation.

What all this means is now the Kern GSAs can file their plans with the state with all the required pieces in place.

Whether the state approves the plans is another story.

The Department of Water Resources has already sent a comment letter on the KGA plan concerned about subsidence that it says is damaging the California Aqueduct, the state’s main water artery supplying 25 million people.

In that letter, sent Dec. 26, the DWR writes about the KGA groundwater plan that it “contains the following sentence: ‘While it is generally acknowledged that subsidence exists within the Subbasin, there are generally no significant impacts to infrastructure within the Subbasin.’ We disagree with this conclusion, as subsidence has reduced the flow capacity of the Aqueduct by 19% near Highway 46.”

Similar letters were sent to other GSAs that border the aqueduct.

Days later, a report on aqueduct subsidence was released Dec. 31. In that report, researchers suggest that heavy agricultural pumping to sustain a massive increase in permanent crops along the aqueduct is to blame for several areas of subsidence that have sunk the canal by between 4 and 6 feet.

KGA consultant Patty Poire mentioned the DWR letter at Wednesday’s meeting and said state staffers have already scheduled a meeting in Bakersfield on Feb. 7 with Poire and KGA members to discuss the subsidence issue.

That meeting will not be open to the public.

Kern's groundwater agreement is just cover for the 'pump club’

A coordination agreement approved Wednesday by the Kern Groundwater Authority is just cover for continued overpumping, according to the Buena …