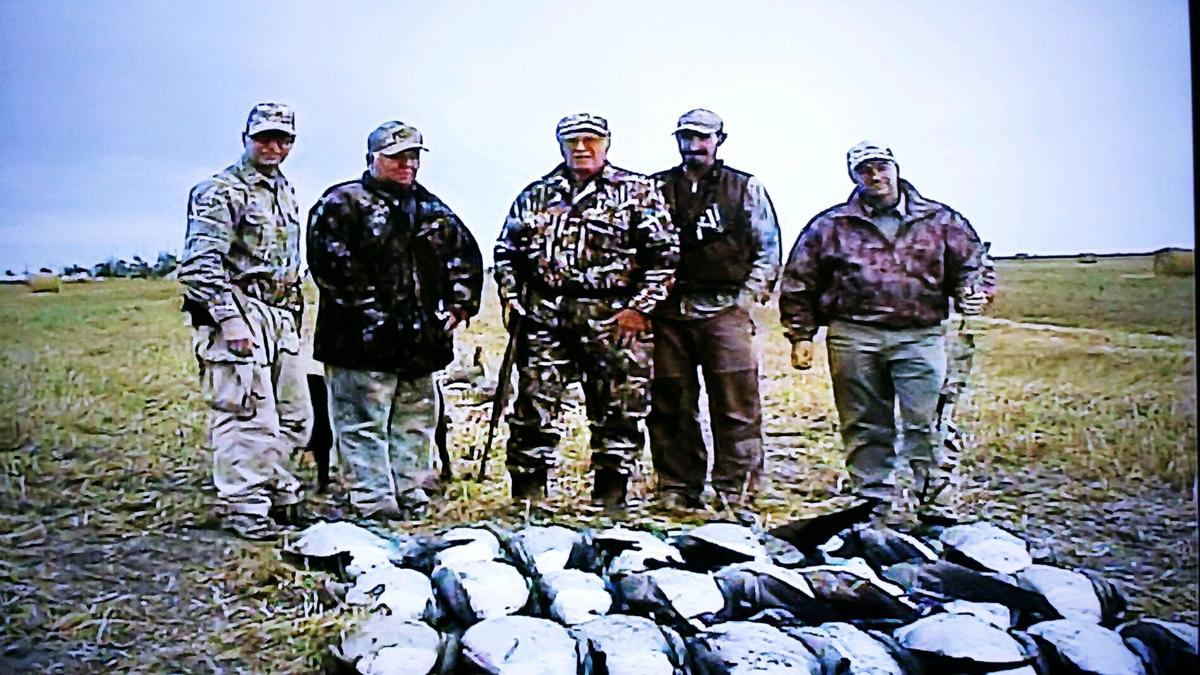 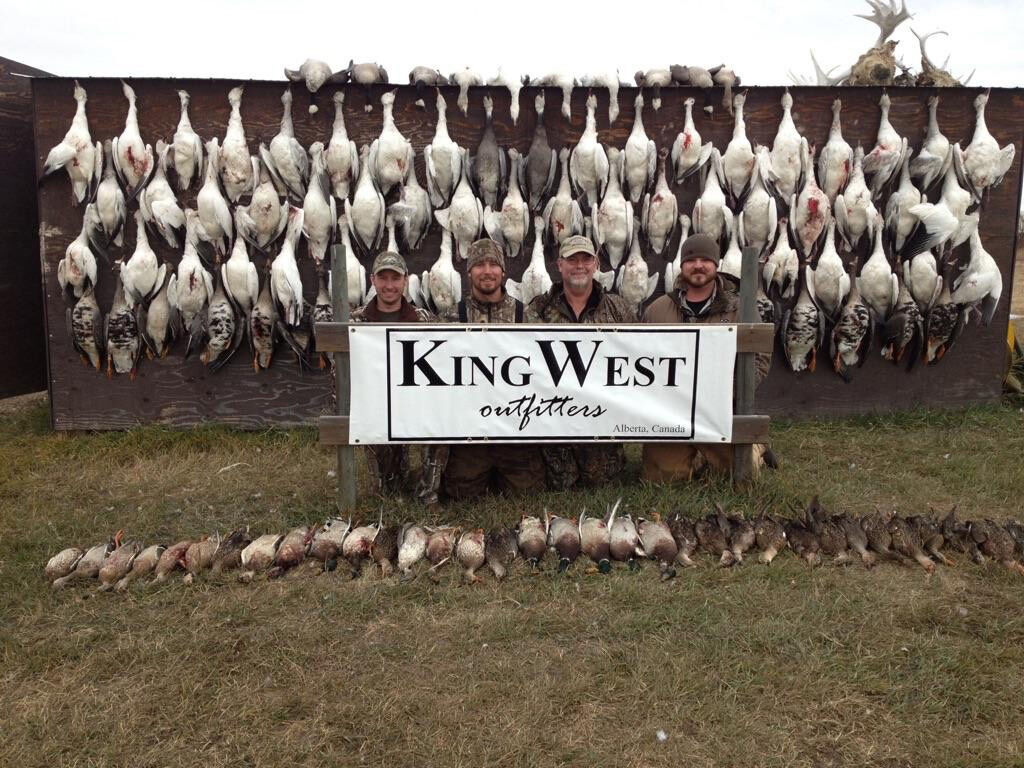 Pictured is a group of American waterfowlers with the results of a very successful morning hunt with King West Outfitters in Alberta, Canada. 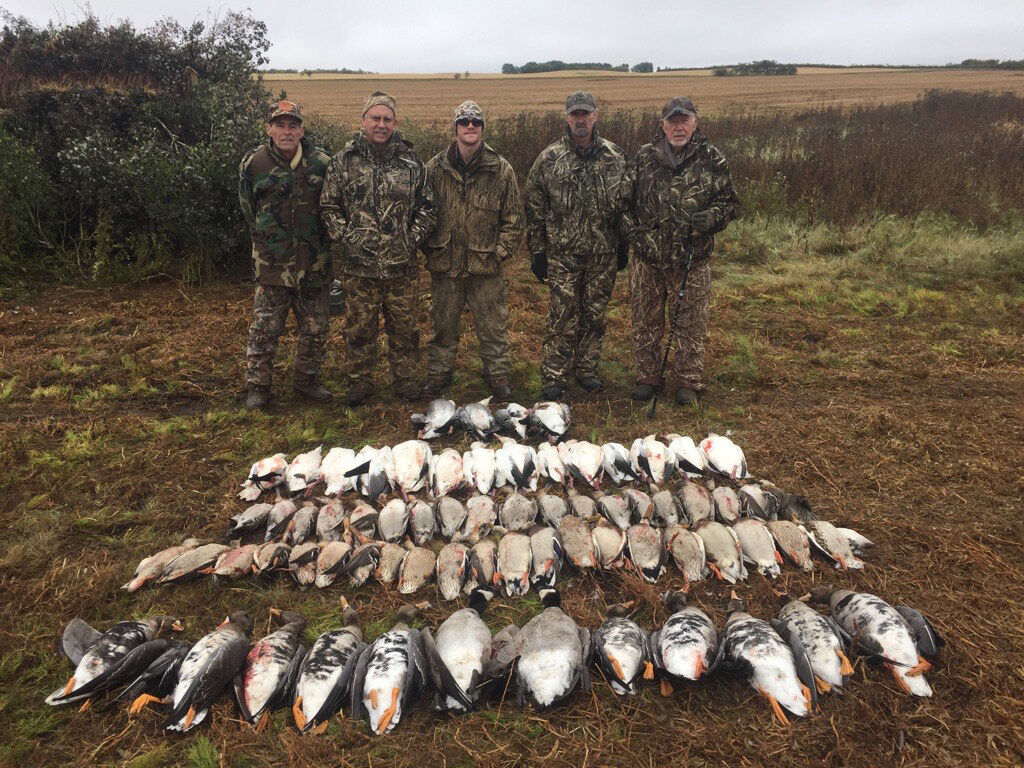 Shown is the results of a typical waterfowl hunt with King West Outfitters located in Alberta, Canada.

Pictured is a group of American waterfowlers with the results of a very successful morning hunt with King West Outfitters in Alberta, Canada.

Shown is the results of a typical waterfowl hunt with King West Outfitters located in Alberta, Canada.

I am old. And, I am getting older real fast, turning 81 in March.

So, I have just been thinking about how many more years I have to be able to go on video hunting trips with the guys.

I've been fortunate enough to have good health, and, God willing, that'll continue. These thoughts were on my mind recently, when out of the blue I get a call from one of my old hunting friends in Orange County.

You may remember the name Randy Long from the column I did a few weeks ago about pheasant hunting in Mexico. I've been on a few trips with him and his dad, Omer, over the years, and better company you could never find.

He asked me if I would be available to go with him to Saskatchewan in September to film a waterfowl hunt, assuming the guide would let me tag along. My answer of course was, "When do we leave?"

After hanging up the phone, I began thinking about how many different guide services I've been able to go out with in Canada over the years. I counted 10 ... four in Saskatchewan and six in Alberta.

I remembered all the good times I had with so many friends, both old and new. We always had great accommodations, food, transportation, and terrific hunting with every one of these guides. And, there is no better time than being in the field next to guys you enjoy hanging around with who are all waterfowlers.

Some years ago I met a young man who was a helper for my guide Brent Reil, at Beaverhill Outfitters. He was very personable and knew all he needed to about ducks and geese while we were in the field. His name was Boyd King.

The following winter he called me and said he was starting his own guide service in an area about two hours south of Edmonton, and invited me to try and get a group for a hunt that fall.

I immediately reached out to my friend and hunting partner, Joe Covello, and ask if he wanted to make the trip. He had never hunted in Canada and was eager to give it a go.

I called another friend, Ken Rhodes, who I had hunted with at Beaverhill a few years earlier. He was also all for it, and wanted to bring his son Jeff along. It would be a first Canada hunt for Jeff, too.

We were met at the airport that following September by Boyd's father, Gord, and were driven south for our hunt with King West Outfitters. Boyd lived with his parents and they had a terrific out building near their home for the hunters.

It had a large living area and five bedrooms for sleeping for up to 10 hunters. All meals would be cooked by Boyd's mother Pat in the main house. The morning of the first hunt, Boyd set us up in a pea field that was being used by a large number of Canada geese the afternoon before.

He "hit the nail on the head" so to speak, because we had a awesome shoot. Lots of geese as well as wave after wave of Mallard ducks. It could not have been better.

The second day started out with an odd happening though. On the way to the field we were going to hunt, we came upon an accident on the road.

Two young men had been driving and a moose decided to cross the road in front of them. The front of their vehicle went under the animal and the side of the beast slammed directly into their windshield.

The moose died on impact, and the front of the car was just totaled. Neither of the guys were injured, and they said they had already notified the authorities. It was an eerie sight, to say the least.

After three days of great gunning we headed home. If you have never been to Canada to hunt waterfowl, you're missing out on a trip of a lifetime. Give Boyd a call by checking out his website at King West Outfitters. I promise ... you will not regret it.