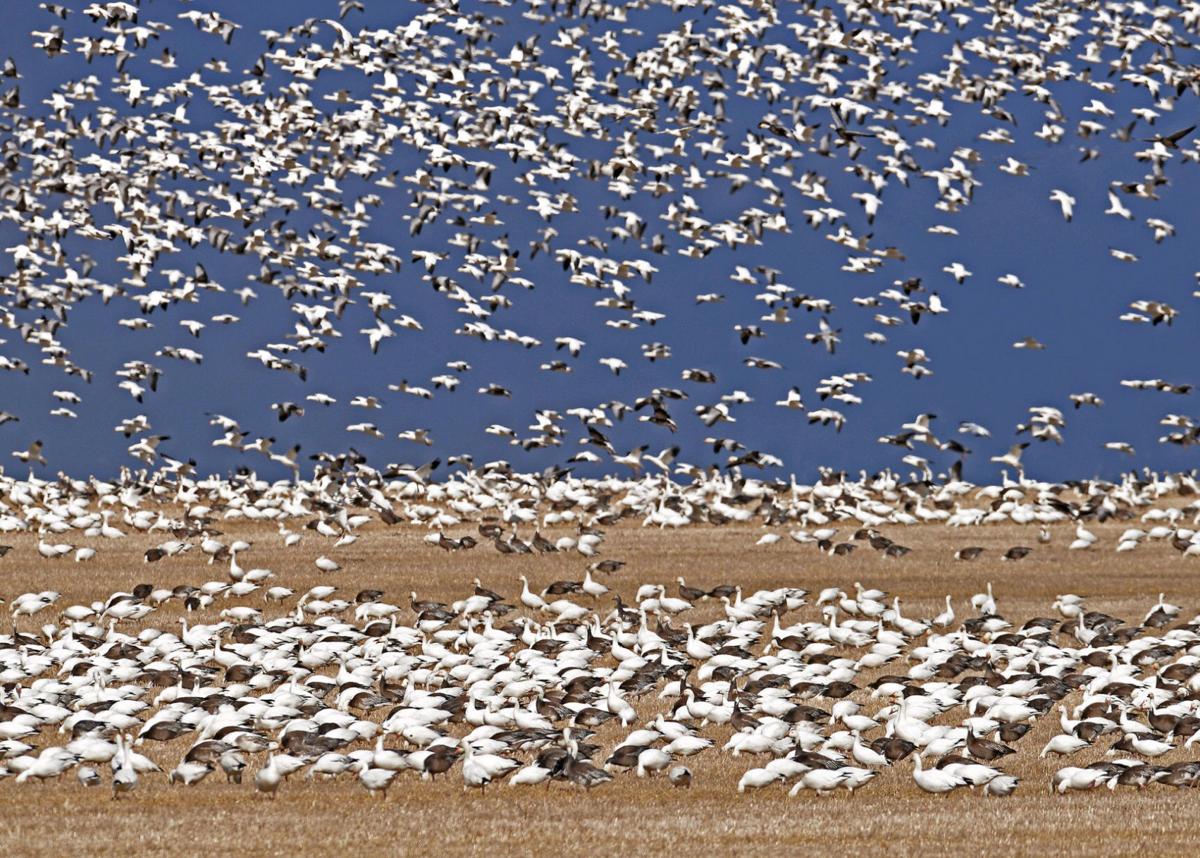 Pictured is a huge flock of snow geese during a feeding frenzy in a grain field in Alberta, Canada. 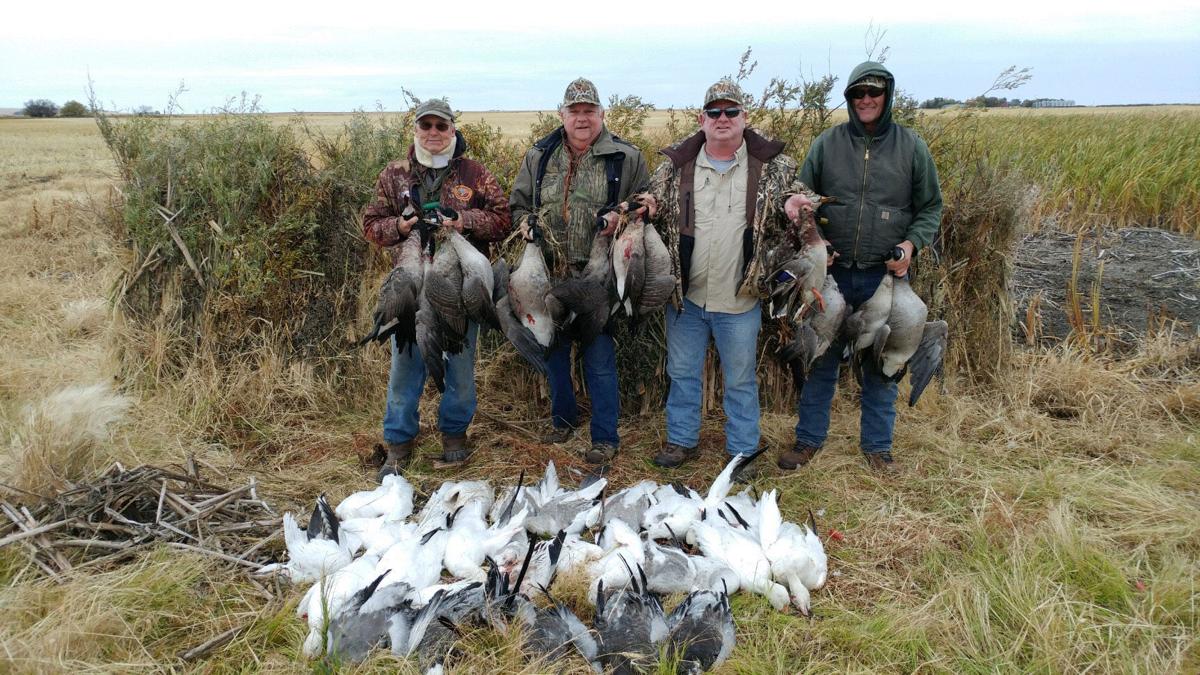 Pictured is a huge flock of snow geese during a feeding frenzy in a grain field in Alberta, Canada.

During all the years I was fortunate enough to take trips to Canada and do video hunts with the guys, we usually used two guide services located about 40 miles from Edmonton in a town called Tofield.

These were with my friends Brent Reil at Beaverhill Outfitters, and Blaine Burns with Black Dog Outfitters. They always provided great housing, food, transportation, guides and terrific shooting for ducks and geese.

But, there was one thing they did not get much of in that area season after season ... snow geese.

I had some friends who wanted to make the journey to Alberta, but they wanted to make sure they got into some good snow goose hunting. For about the past three decades, snow geese have been over populating in North America.

Generous daily limits of 20-30 birds in most U.S. states during regular hunting season has not diminished the numbers of birds in the country. They are eating themselves out of house and home.

A spring season allowed hunters to use electronic calls and extended magazine capacities on their guns, as well as no limits to the number of birds bagged. It has not changed much. There are still too many snow geese.

I did some research and found a guide named Lee McNary working out of Wainwright, Alberta. He was in charge of Alberta River Valley Lodge, and assured me that if we came at the right time during the season, we should have little problem bagging a great number of the birds we desired.

I got a hold of my friends and we all booked our flights for that following fall. Upon arrival, Lee met us at the airport and we headed to his lodge.

The first morning of the hunt we set up for Canada geese in a plowed pea field. Lee said there were over 500 birds working the area the day before, so we wanted to take advantage of this spot while we could.

And he was right. The boys built some simple brush blinds along a fence line that ran across the field, and it did not take long for bunch after bunch of these majestic birds to work the decoy spread.

I managed to build a nice blind just down the fence line from the hunters, and got some good video footage, even as I was away from everybody. I usually sit right in the stand up blinds that are used on most trips, so this effect was nice.

After getting their limits, we headed back to camp for lunch. Lee said he had a great "honey hole" spot he had been saving for us for a good mallard duck shoot that afternoon.

When we drove up on the water later that day, over 100 birds took to the air. We quickly surrounded the slough and waited for the birds to start to return. And, it did not take long.

Small groups of about five to 10 ducks started coming every 10 to 15 minutes. It only took the guys about 90 minutes to fill their daily bag, and then we headed in for dinner and a good night's sleep, thinking about the next day's hunt.

Early the next morning we arrived at a huge grain field and began setting out hundreds of snow goose decoys. Some were full bodied, but the majority were the popular white wind socks.

The field looked like a recent snow storm had hit it. At first light, the geese began to arrive. We were using lay-out blinds right in the middle of the spread, and the birds just poured into the spot with no abandon.

I can't recall for sure, but I think the limit was 25 birds per hunter. It did not take long for the group to fill out, and I got some decent film, even though I was having to lay on the ground in my blind.

After another day of the same type of action, we all headed home. It was one of my most memorable trips, and I can still envision those hundreds of snow geese dropping into the decoys like huge snow flakes in a storm.

Next course offered is a two day course on July 11-12. July 13 is an internet follow-up course sponsored by Jay Busby. For more information call 871-9025. The event may be cancelled due to COVID-19.

Loretta ... It is hard to believe it has been 50 years ago today that I watched the most beautiful and stunning looking woman walk down the aisle of the church to become my wife. You are so special. Not just to me, but to your children, grandchildren, and friends everywhere.

We have shared so much over the years and have been blessed by God with great health. We have traveled to far away lands. Had our ups and our downs. Thank you for being the love of my life.