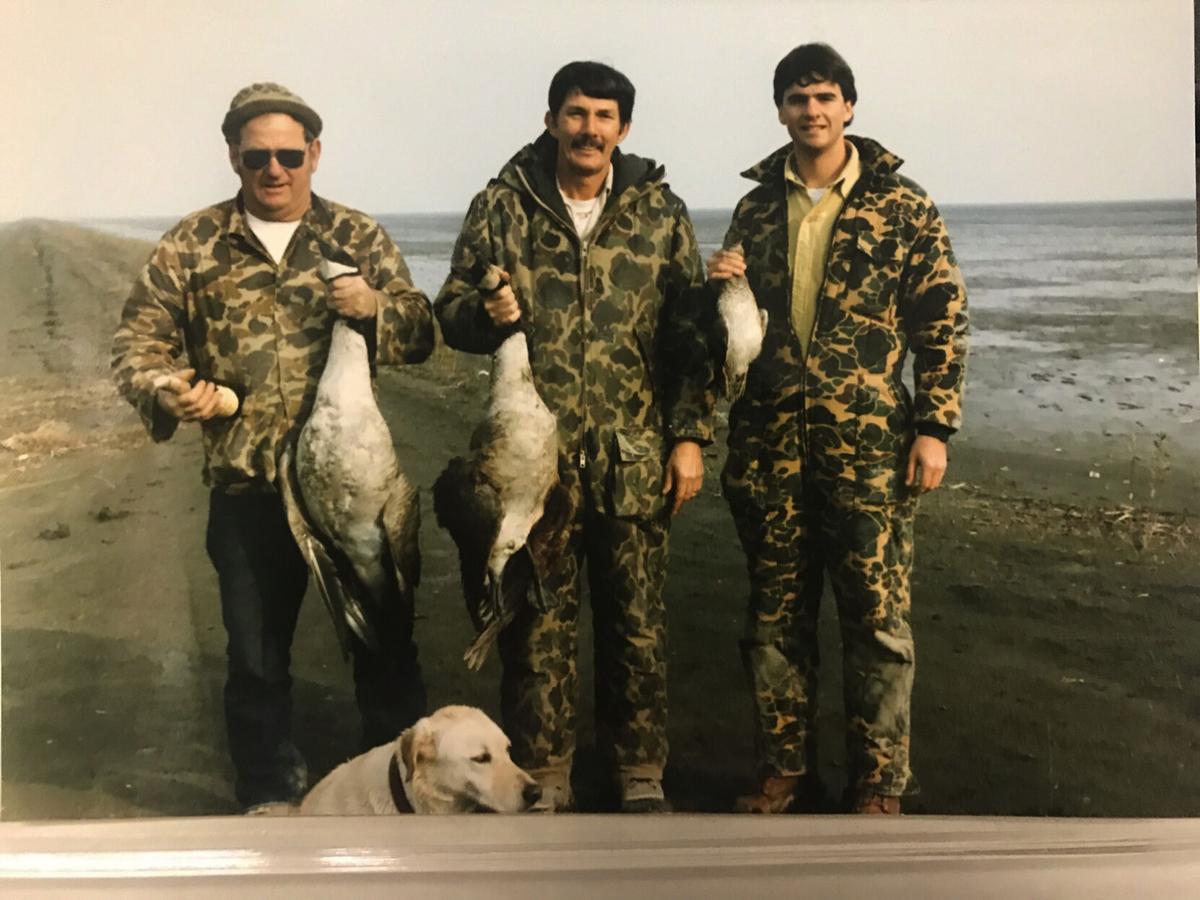 Three local waterfowlers are pictured after a hunt "back in the good old days." From left are Leroy Fontana, Ken Barnes and Adam Stull. 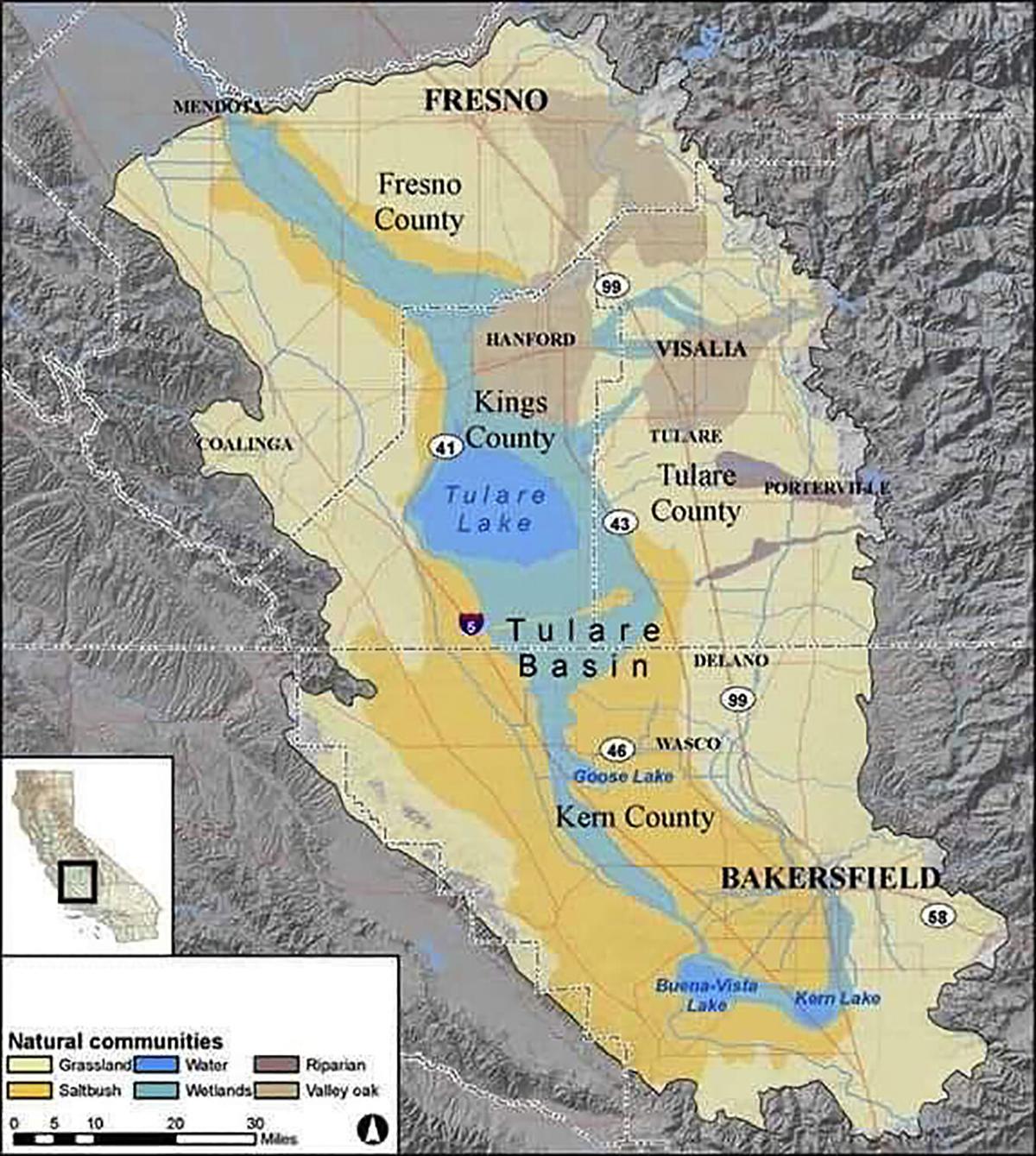 Shown is an old map from the early 1900s featuring the vast amount of marshland, lakes and waterways that were present in the southern San Joaquin Valley. They're gone today, however, leaving local habitat disastrous. 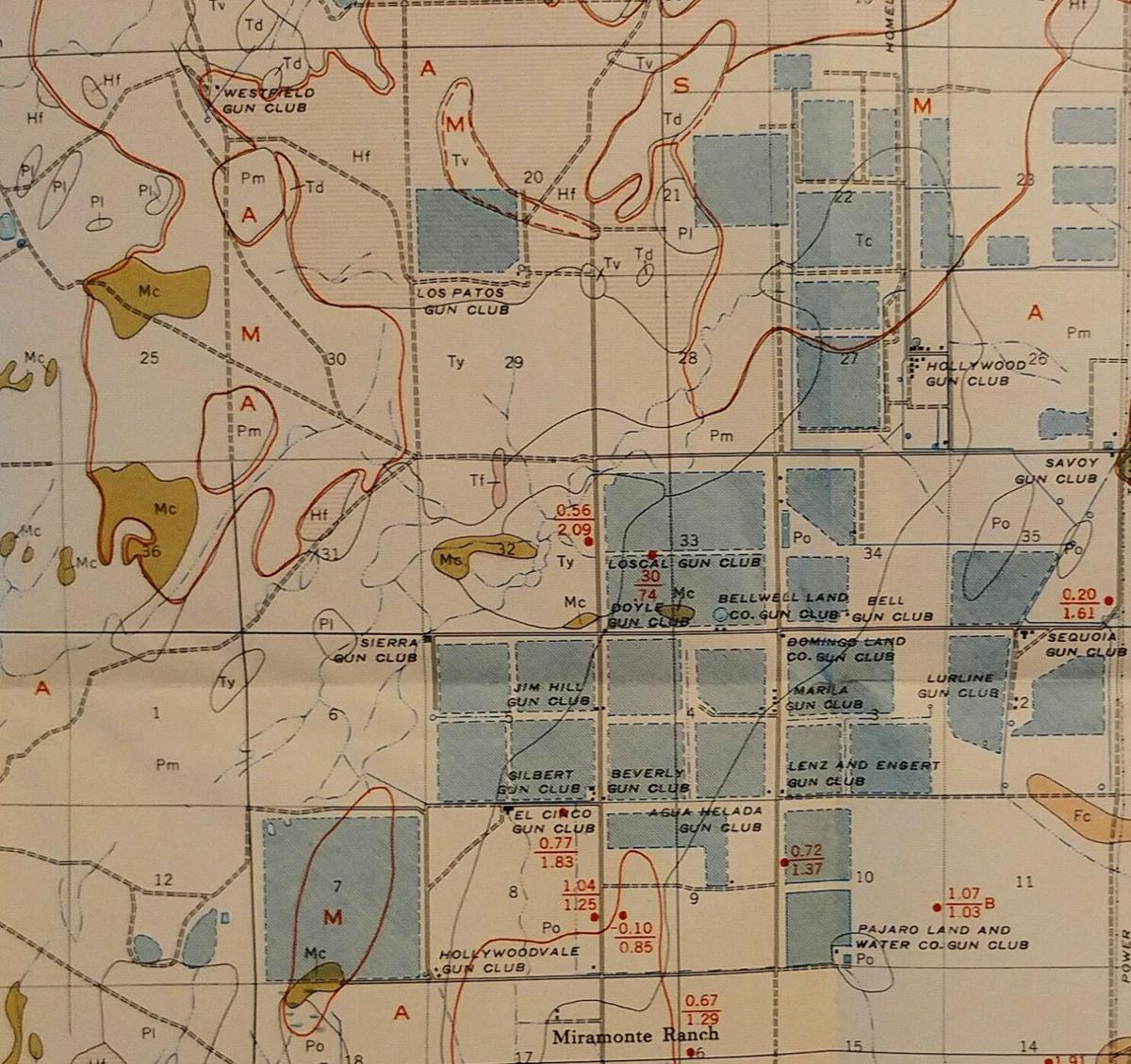 Shown is a U.S. Department of Agriculture soil map from 1927, featuring, in blue print, almost 20 private duck clubs located just to the northwest of Wasco.

Three local waterfowlers are pictured after a hunt "back in the good old days." From left are Leroy Fontana, Ken Barnes and Adam Stull.

Shown is an old map from the early 1900s featuring the vast amount of marshland, lakes and waterways that were present in the southern San Joaquin Valley. They're gone today, however, leaving local habitat disastrous.

Shown is a U.S. Department of Agriculture soil map from 1927, featuring, in blue print, almost 20 private duck clubs located just to the northwest of Wasco.

It all ends this coming Sunday. One more day in the field tomorrow and it's time to pack up the blind and decoys and start praying for something better next year.

And, to top it off, we have had rain three of the last four days and more forecast for today. Looks like four-wheel drive time. Ugh!

Readers may recall my last column when I mentioned three very distinct reasons that I felt were the cause of the decline in waterfowl production here in the valley. I received an E-mail from Cameron Boswell, one of the chief executives of the J.G. Boswell farming operation.

He reminded me of the more complex ecological issues that contribute to the decline, such as surface water restrictions put on farmers by state agencies to protect environmental flows through the delta, which can have a larger impact on migratory waterfowl than one can imagine. He was certainly right about that issue.

I just want to thank him for his input, and for all those years in the '60s and '70s when the Boswell Company was flooding all of that land in the Tulare Lake Basin. It was the best hunting of my life. . . bar none. They made countless dozens of duck hunters happy when they allowed access to the old Wilbur Flood area when waste water was available.

I read something last week that is further proof of the decline here in the valley. I follow a website about Northern California Refuge and Rice Hunters. Lots of great photos shown every day with comments. The following question was posted recently. . . "ANYBODY OUT THERE HAVING A GOOD OR AVERAGE YEAR IN THEIR RICE BLIND?"

"Average." . . "Worst year ever due to lack of water in the Willows/Delevan area." . . "Probably worst for many I know from rice to Suisun Marsh."

Well, it sounds like we are not alone down here in this end of the valley. My friend Duffy Sill, who hunts on the old El Cinco club, said he only bagged a full limit this year once, and that was on opening day. Since then, maybe two or three at most. Two weeks ago, he never fired a shot one day. Gary Bray, who hunts the Pasuza club, noted that not only are there fewer ducks and geese, but fewer waterfowl of all types including shorebirds like avocets and plovers.

Enough negativity for this column. Let's read something joyful. Jim Wattenbarger sent me a note about that last column.

We are close to the same age so he remembered what it was like "back in the day" in the Goose Lake Slough, the Semi Tropic, and the Tulare Lake bottom. He included a verse he had written more than 20 years ago, and I would like to share that with you readers in closing. He said our mutual friend Bruce Wyatt was the inspiration for the piece. Enjoy. . . . .

"To My Fellow Waterfowl Hunters . . .

"Over the years we have shared the camaraderie of 'Duckclubland.' Listening in the darkness to the sounds of birds on the ponds. The shrill whistle of Teal. The mellow roll of the Pintail's song. The rumbling chatter of feeding ducks! Gathering with others in vintage surroundings. Enjoying in story and song, the spirit of the moment, and. . . the glory of days long past. Making our way to blinds in foggy pre-dawn mists. Anticipating, simultaneously the eternal and optimistic thrill of the hunt. You, with your thoughts; and I, with mine. On cloudy days . . .we have peered for hours into restless sky. Eagerly tracking the familiar shadowed form. . . of waterfowl in flight!

"And each year, as another season ended, gathering our gear. Putting away boots and 12 gauges. We were grateful to have experienced once more the perennial enchantment of these wetlands. This is truly the stuff of which memories are made."