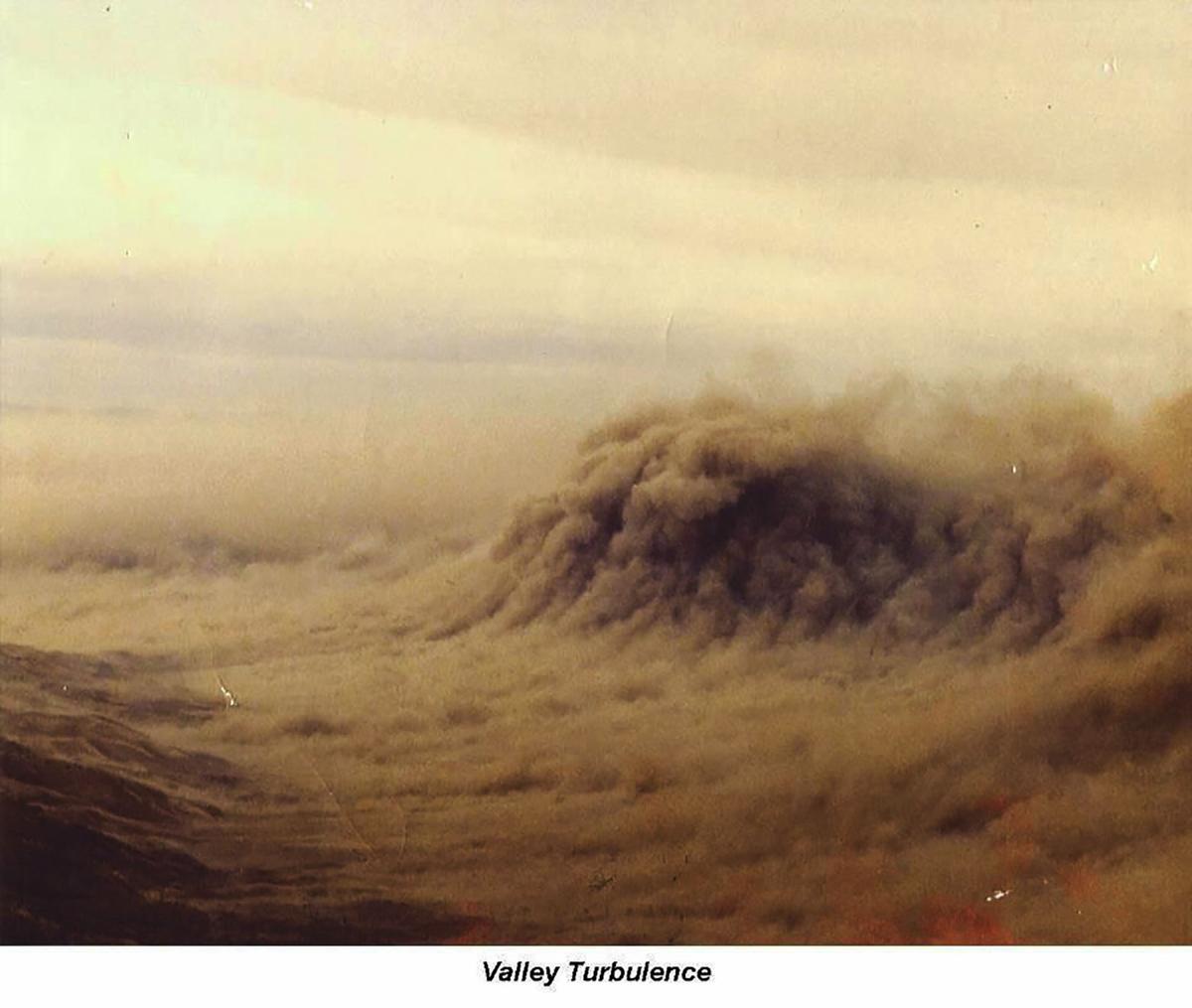 Pictured is a photograph of the southern end of the San Joaquin Valley during the monstrous sand storm in December of 1977. 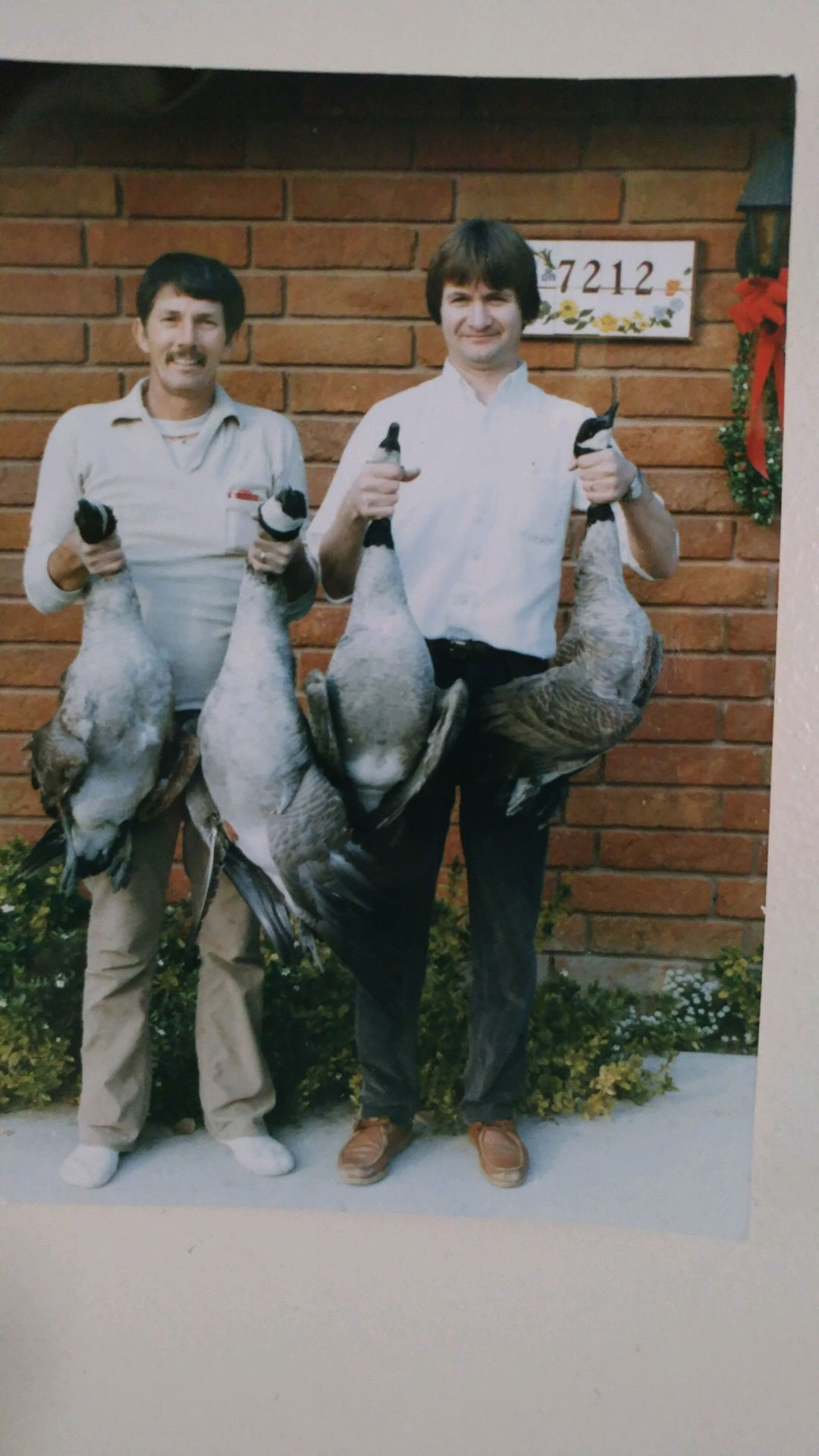 Columnist Ken Barnes, left, and young hunting partner Dr. Steve Newbrough, are shown with a bevy of Canada geese bagged "back in the day."

Pictured is a photograph of the southern end of the San Joaquin Valley during the monstrous sand storm in December of 1977.

Columnist Ken Barnes, left, and young hunting partner Dr. Steve Newbrough, are shown with a bevy of Canada geese bagged "back in the day."

If you've lived in Bakersfield as long as I have, you'll have no problem remembering those three wild days in December, 1977.

Dust. Lots of dust. Dust in biblical proportions. Throw in gale force winds and you believed Mother Nature had turned on us.

My current hunting partner, and long-time friend, Dr. Steve Newbrough, was still in residency at that time and was home for the holidays. The night the dust started blowing we had talked about hunting ducks the next morning, and we both thought it was just a normal, short term, dust storm that would blow over by sunrise.

But when he arrived at my home before daylight, it was worse than the evening before. We left town hoping we might get out of it since we were planning on hunting 60 miles north toward Corcoran.

Well, we did get out of it. But it was in the strangest way you could possibly imagine.

I was driving about 10 miles northwest of Wasco, and in the space of about one half mile, our visibility went from gusting winds and dust into dense "can't see three lines on the pavement," fog.

Not a speck of wind. Just normal fog that we see every winter. I couldn't believe it. It was just eerie.

We ended up in the Tulare Lake Basin and started driving around some of the flooded grain fields in the area.

About an hour after sunrise it was still foggy, and we began to jump small bunches of birds alongside one of the fields. There was a dry canal next to the levee, so I decided to sneak down about 100 yards and try to surprise some birds sitting in the water ahead of us. Sure enough, when I peeked over the edge of the road, there was a small group of Pintail ducks sitting about 30 yards out in the water.

Three quick shots, and I had downed four of them. I knew Steve would hear the shots and come pick me up, so I hopped into field to retrieve the birds. These fields were knee-deep mud, and one foot of water. Hard to get around, even with waders.

I didn't have gloves on, so it didn't take long for the cold air to make my hands feel like icebergs. If you are a local, you know what I mean. Low 30's temperature, dense fog, and a slight breeze. You cannot put on enough clothes to stay warm.

By the time I got out of the field and into the car, my fingers felt like someone had been pounding on them with a hammer. I was almost in tears, the pain was so bad.

After getting thawed out, and having the fog start to lift, over the next couple of hours we made a few jumps on canals, and then headed home.

By now, the sun was shining. Heading east on Garces Highway toward Highway 99 at Delano, the entire south end of the valley was one giant, reddish-colored cloud.

After getting on 99 south, I noticed that none of the bushes and vegetation along side the road were moving.

No wind. Nothing. Then, just below McFarland, we could see the wind pick up, and we drove right into that massive red dust cloud. Just plain spooky. It was like that all the way back to town, and at one point while driving on California Avenue, a gust hit us and I could not see the front of my car for about eight or 10 seconds.

I was lucky no one was close to me at that time. I made it home alright, with the memory of one of the strangest hunting days of my life ... bar none.

ONE FINAL NOTE: Readers may recall my last column concerning the film "North by Northwest" and the Kern Wildlife Refuge. I received a very interesting email from Ann Tucker.

I asked her permission to pass it on to you, and she said it was OK. So here it is ... enjoy.

"Ken, your column re: Hitchcock's film "North by Northwest", brought back many memories. I was given the opportunity to view the scene you wrote about. The Director of Cinematography of the movie, Robert Burks, was my husband Jim's uncle. He called and invited my mother-in-law and myself to attend the filming of the scene, near Wasco.

"It was quite a thrill to meet Alfred Hitchcock, his daughter Pat, and of course Cary Grant. Your description of field as desolate, was spot-on. The field was so barren, the corn stalks had to be transplanted there from a ranch in the Wasco area. Interesting note, when Hitchcock was interviewing the crop duster, he asked how close to the ground can you come without hitting it and the crop duster said how close do you want me to come? Needless to say you can see on the film how close he came.

"It was exciting to view the strafing scenes, and of course the explosion of the plane flying into the gas truck. That scene was a special effect, but the sound was quite loud. Uncle Bob was nominated for an Oscar for his work on the film. He later was awarded the Oscar for "To Catch a Thief" another Hitchcock, Grant thriller.

I had a young child and a baby during this time, no power and no water for an extended period of time. While I know I suffered far less than many others, My baby had asthma. It's not a time I like to think about. Isn't every December enough? Why bring it up on a beautiful May day?