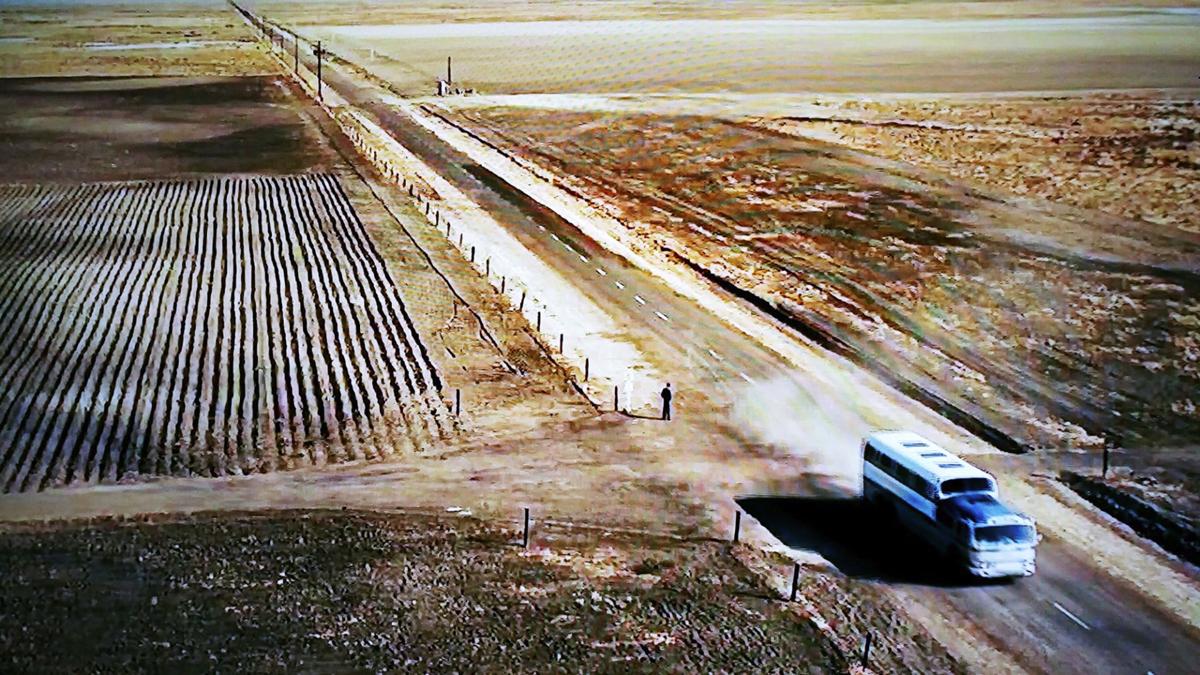 Cary Grant is shown standing next to a fence post after leaving a bus, in this scene taken at Corcoran Road from the movie "North By Northwest" in 1959. 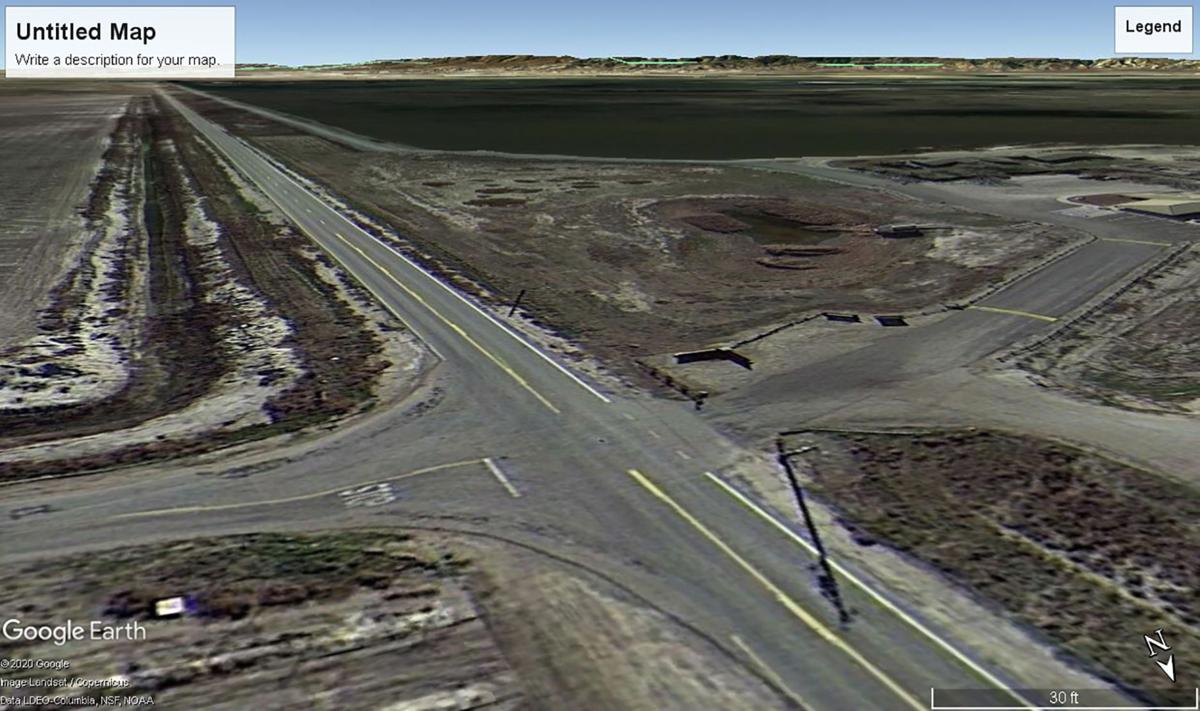 Picture taken last week on Google Earth showing the intersection of Corcoran Road and a paved Garces Highway to the left. To the right is the entrance to the Kern National Wildlife Refuge.

Cary Grant is shown standing next to a fence post after leaving a bus, in this scene taken at Corcoran Road from the movie "North By Northwest" in 1959.

Picture taken last week on Google Earth showing the intersection of Corcoran Road and a paved Garces Highway to the left. To the right is the entrance to the Kern National Wildlife Refuge.

I have been an old movie buff for many, many years.

Some time ago I started taping, and saving, a lot of the classic films being shown on Turner Classic Movies. Really great ones like "12 Angry Men," "Lawrence Of Arabia," "The Magnificent Seven," "Once Upon A Time In The West," "Red River," and "The Bridge On The River Kwai" just to name a few.

I have over 50 on file. With the Coronavirus going on and being stuck indoors, it was a good time to catch up on some of these.

I was channel surfing a few days ago and came across "North By Northwest." I knew that director Alfred Hitchcock usually enjoyed putting himself in the film as a quick cameo appearance near the beginning, so I started watching.

Sure enough, there he was trying to get on a bus and being shut out. I recalled the basic plot of the film, with Cary Grant thought to be a spy, and the famous scenes at Mt. Rushmore.

Another well-known shot is when Grant's character is being strafed by a crop duster plane in some farmland that's supposed to be Indiana. I remembered that location being taken out west of Bakersfield, but not sure exactly where.

When it appeared on screen, I wondered if I could research the exact place it was. I went online to check, and boy was I in for a shock. The website said it was the intersection of Corcoran Road and Garces Highway.

I have driven across that spot hundreds of times on my way north to the Tulare Lake Basin to hunt ducks. I immediately paused the view on my television where Cary Grant is exiting a bus right at that corner.

I called to my wife, Loretta, to come see what I was viewing and where it was. If you cross Corcoran Road from Garces Highway at that point, you enter the Kern Wildlife Refuge.

When she saw, she simply said, "That would make a great article."

Good idea, so here we are, thanks to her.

I took a photo of the scene with Grant standing and the bus driving away to the north on Corcoran Road.

I then went to my computer and brought up the Google Earth site. I found the intersection as it looks today, and then adjusted it to the same angles and view like the picture I had taken off the TV.

I saved that as a photo. Both of these photos are used in today's column. In the one with the bus, you can see that Garces Highway running away to the left from the paved road was dirt back in 1959 when the film was made.

Directly over the top of the bus showing as wasteland, is now the entrance to the Kern Refuge.

This can be seen in the other photo, and it even shows the Kern National Wildlife Refuge entry sign.

This whole episode just reveals the wonders of modern technology. Stopping the picture on my TV. Taking a photo of it with my cell phone. Viewing the spot on my computer as it is today, and recording it.

The world continues to be just one exciting place.