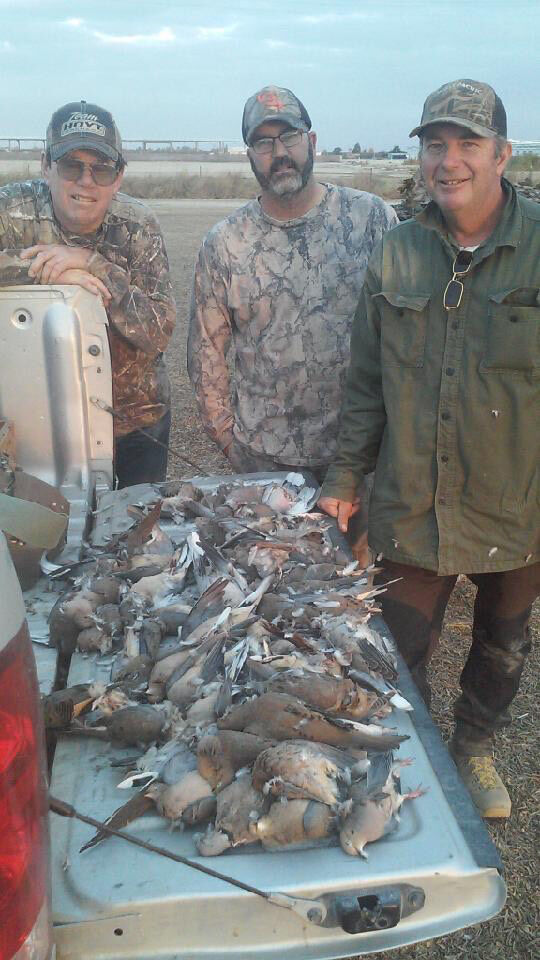 Pictured is a group of local hunters, "back in the day," with the results of an opening morning dove hunt here in the valley. From left are Bob Morris, Mike Luna and Ramsey Lippincott. 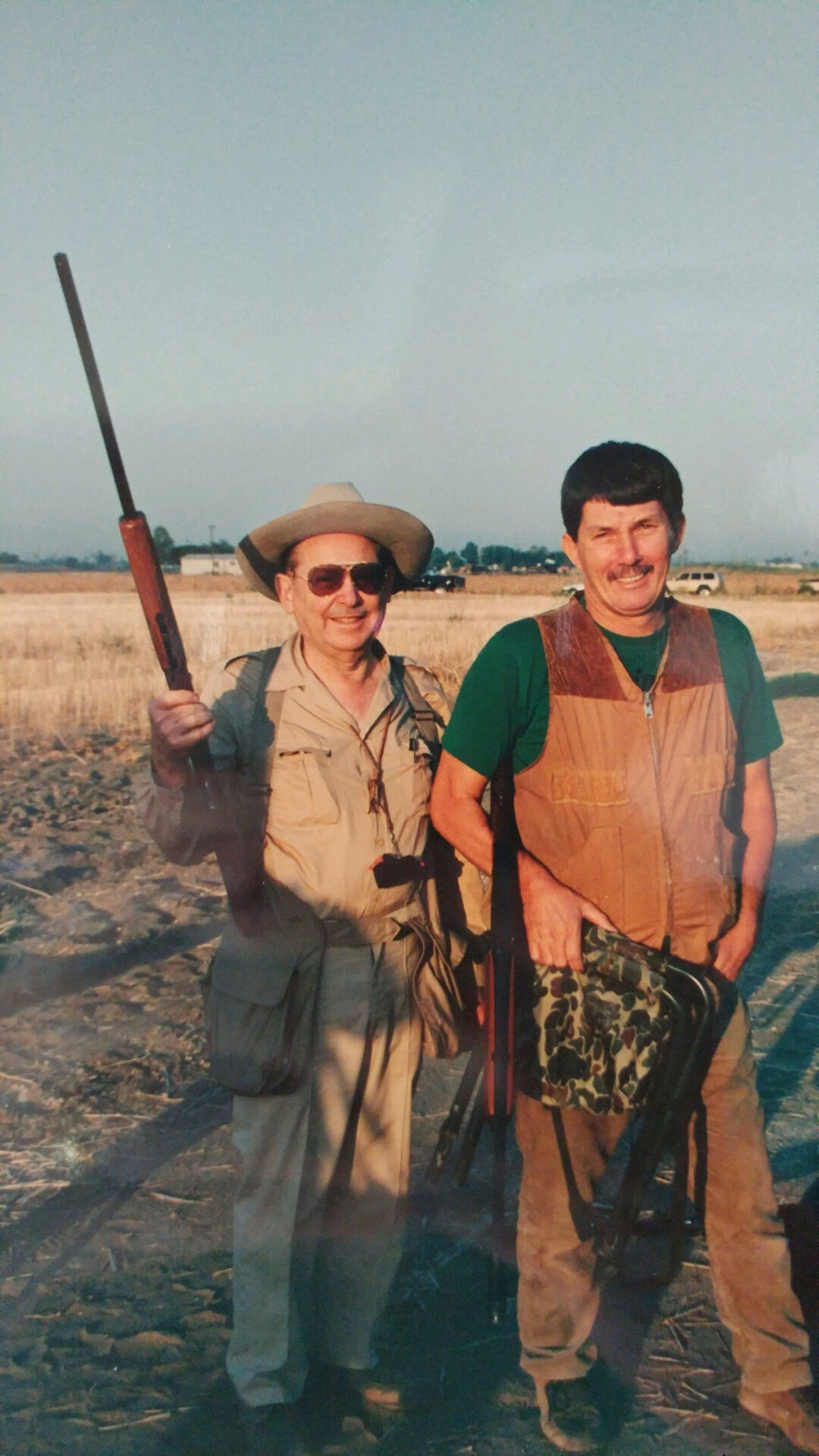 Pictured is a group of local hunters, "back in the day," with the results of an opening morning dove hunt here in the valley. From left are Bob Morris, Mike Luna and Ramsey Lippincott.

Where does time go? The older I get, the faster it goes by.

It only seems like a few months ago that I was shooting the dove opening with my son Mark, and two grandsons. Well, it's time again. So, let's get some of the basics you should be thinking about out of the way.

Opening day is on Tuesday this year so hopefully it won't be too crowded in the wild. Shooting time is the regular 30 minutes before sunrise, which means a number of hunters can take the field and still get back to town for work.

HUNTING LICENSE: Don't forget to renew your hunting license that ended in July. And be sure to include the upland game stamp for an additional cost.

Get duck stamps too, if you hunt waterfowl. Total cost for all this is around $100.

HUNTING GROUNDS: You'll need to do some scouting before taking the field. It is important to get permission on any of the lands you plan to hunt. The best fields are harvested grain and milo. Orchards can be exciting also, but make sure you are at least 100 yards out in the field away from the trees so you have time to see the birds approaching.

GUNS AND AMMO: Always try to shoot an open choke gun. 12 and 20 gauge are the best, with skeet or improved cylinder chokes. If you are in a good flyway, be patient and try to take shots at no more than 20 to 25 yards. These only require a one to three foot lead, depending on angle. California is now lead free for ammunition. The best shot size for steel shot is #7 or #6.

SEASONS AND LIMITS: The hunting seasons are Sept. 1-15 and Nov. 14-Dec. 28. The bag limit is 15 per day with triple possession limit and no limits on spotted doves, ringed turtle doves and eurasian collared doves.

I cannot do a dove column without giving you Steve Merlo's recipe for cooking these winged delights. This is directly from his book, "The Official, Can't Live Without It, Easy, Wild Game And Fish Cookbook."

INGREDIENTS FOR DOVE DINNER FOR EIGHT:

1 tsp. each salt and pepper

A handful each of fresh sage and rosemary

Dump the birds into a large pot. Add all the ingredients onto the birds except for the bacon. Stir and mix, let set for a while, then stir and mix again. This is basically a marinade and can be done hours or even several days in advance. It should be turned every so often so all the birds are done equally (keep refrigerated) to prepare, take a single bird and stuff a piece of onion and a whole mushroom from the marinade into the cavity. Lay the bird breast side up in a flat baking pan with at least two-inch sides. Aluminum cake pans are perfect for the job. Take a second bird, repeat the stuffing procedure, but face the opposite direction as the first. Repeat this procedure, one bird one way, one bird the other, all breast side up, until the pan is full.

All the birds should touch, crammed into the pan like sardines. If they don't, then use a smaller pan or add more birds until the container is full. I normally add more birds. Finally, add about a quarter-inch of the marinade to the pan and sprinkle some of the marinated garlic and parsley from the bottom of the container over the birds. Place a single 1-inch square of bacon atop each bird. Chop the marinated Rosemary and Sage together and sprinkle a moderate amount over the doves. Don't be stingy, but don't overdo it either ... a quarter cup or slightly more of mixture per pan is about right.

Season them again with a little salt and pepper, cover with a nicely fitting lid or aluminum foil, then place into a preheated 375 degree oven. Bake for 30 minutes, then baste with the pan juices. Cook for another hour at 350 degrees, basting every 30 minutes. You might have to remove some of the accumulated stock from the pan to prevent the birds from boiling, but save it if you do. Eventually you'll run low on basting juices and will have to rely on the stock you removed earlier.

Lower the heat to 325 degrees for 30 more minutes, basting often, then lower the temp one more time to 300 degrees, cooking uncovered for the last 30 minutes but still basting. Two and a half hours seems to be a long time, but when you taste the finished product, you'll see why. The whole secrets in the cookin'.