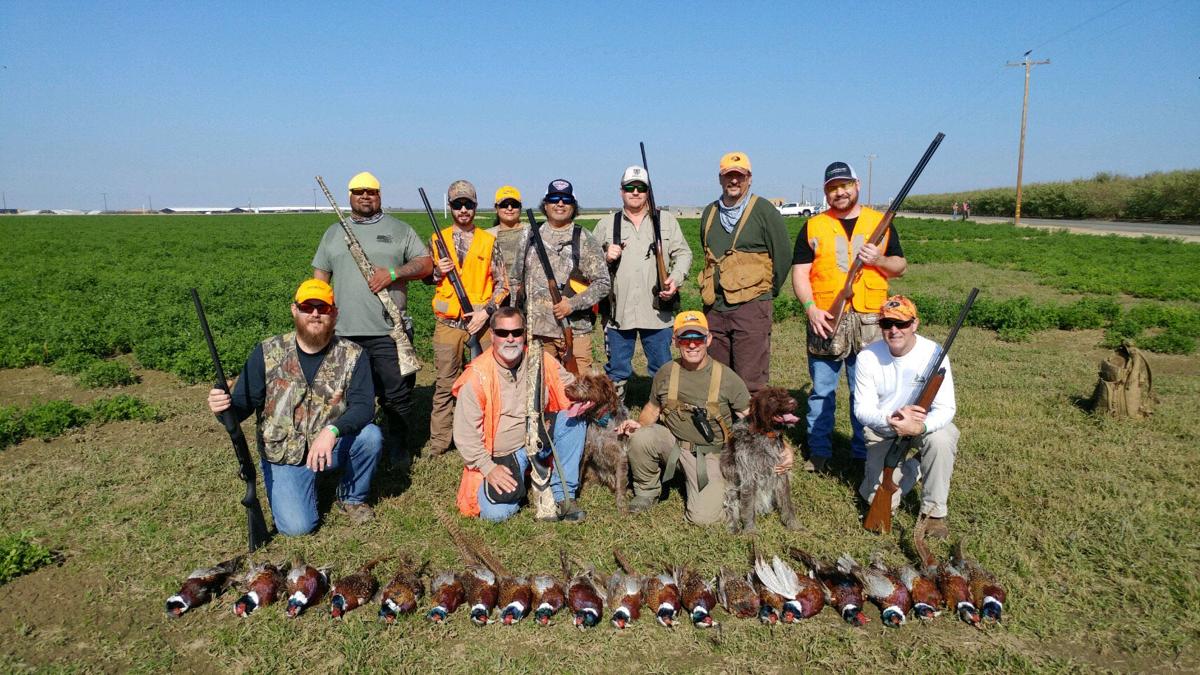 Local hunters are shown with pheasants bagged during a sweep through an alfalfa field during Morning Star Fresh Food Ministry's annual event. 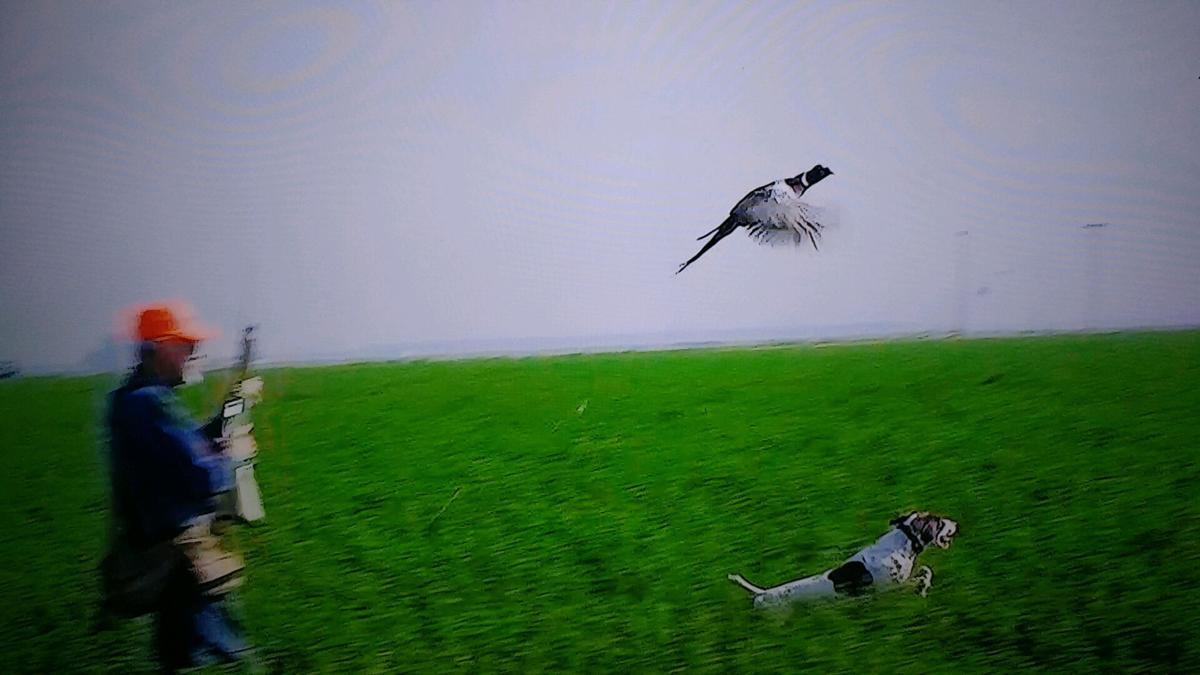 Pictured is a beautiful rooster pheasant taking flight after being flushed from cover by a hunter and his dog. 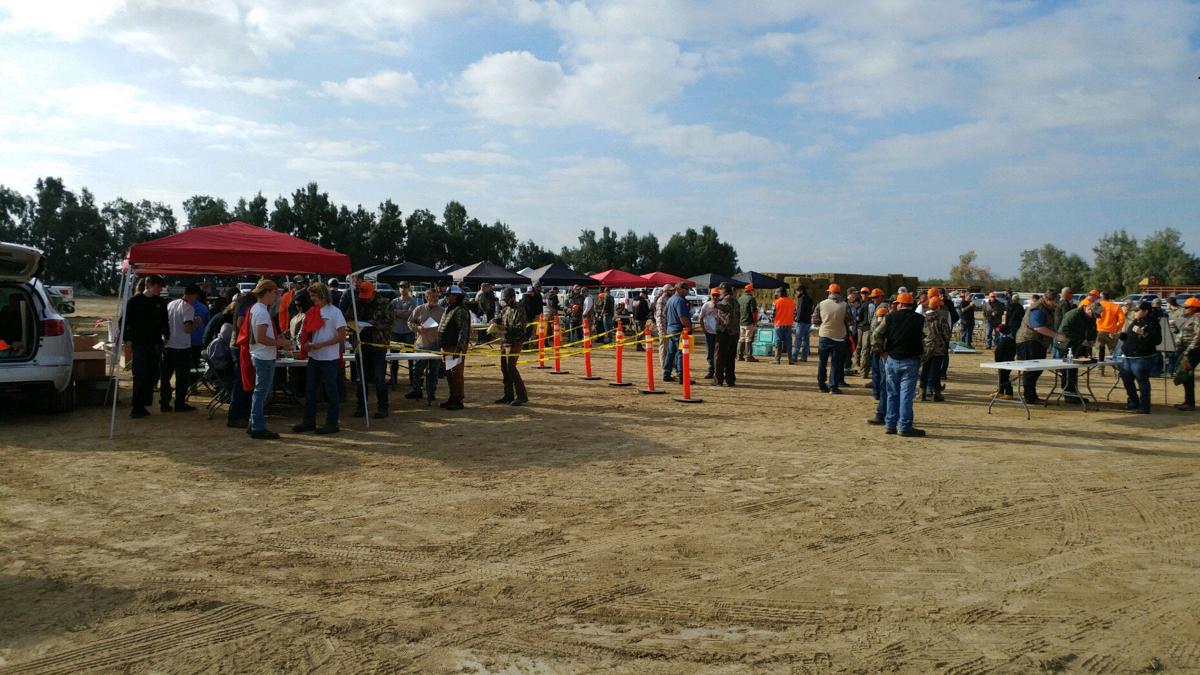 Shown is a portion of the assembly area for hunters getting ready to take the field during Morning Star Fresh Food Ministry's annual pheasant hunt.

Local hunters are shown with pheasants bagged during a sweep through an alfalfa field during Morning Star Fresh Food Ministry's annual event.

Pictured is a beautiful rooster pheasant taking flight after being flushed from cover by a hunter and his dog.

Shown is a portion of the assembly area for hunters getting ready to take the field during Morning Star Fresh Food Ministry's annual pheasant hunt.

Many of my older readers will remember how good pheasant hunting used to be in the south end of the San Joaquin Valley back in the '50s, '60s and '70s.

When I attended North High School, I used to hunt weekends with coach Jordan "Turk" Eliades, and my chemistry teacher, Bob Newbrough.

There were thousands of acres of milo, safflower and cotton fields that could be hunted, and it was rare that one could not bag a limit of pheasants. During the past two or three decades these fields have been replaced with various nut producing orchards, so it has become nearly impossible to find good cover for these majestic and great-eating birds.

Bob Newbrough would often bring his two young sons, Steve and Mark, along on the hunt. Both of these boys became local physicians here in Bakersfield. To this day, I have been a friend and hunting companion to Steve for over 50 years.

I was thinking about Thanksgiving approaching a few weeks ago, and it made me recall how I used to always try and bag a pheasant for that special holiday.

Well, there may not be many places to hunt today, but that does not mean you have to go without one of these tasty morsels. I recall a phone call I received four years ago from my friend Brad Peters, and him asking if I, and my sons Steve and Mark, would like to partake in a charity pheasant hunt the following Saturday.

We agreed to meet him that day, and headed to an area south of Shafter and north of 7th Standard Road. Pulling off the paved road and into what must have been 600 to 800 acres of alfalfa fields, we saw dozens of pick-ups and autos parked in what appeared to be a 4 to 5 acre equipment storage yard. Dozens of hunters were walking about getting ready for the shoot, and one of the first things I noticed was a sign ... "Morning Star Fresh Food Ministry."

Through events like this hunt, Morning Star raises funds to buy food to give to needy families. A lot of people and business owners are involved, and it is so helpful to so many.

After thinking about that day, I realized that it was that time of the year again, so I gave a quick call to Bret Sill, who is the founder and director for the group, and he said the shoot was on again, as usual, that coming Saturday. I told him I was sorry that I had not thought about it sooner, and I could have put a note about it in my last column.

He said, "No problem," and invited me out for the event.

Getting there was just a replay of the time four years ago, and I met Bret, and many other people I knew, in the equipment yard. He said there would be about 140 shooters trying to bag 800 rooster pheasants that had been planted in the fields that morning.

To be honest, pen-raised pheasants are not a difficult target. Having never really flown, they are slow getting off the ground and not nearly as fast in flight as native birds, but after roasting them you would never know.

I was just going to be taking pictures that day for my column, so I was set up with Steve Illingworth and his group of about a dozen hunters. Steve had two wirehaired pointing griffon dogs that would be doing the ground work and flushing the birds.

Steve is the "head man" over at Urner's Appliances here in Bakersfield, and a more down to earth guy you will ever meet. We made a couple of very productive sweeps across the alfalfa field, and every one had a great time.

At noon time, lunch was catered and all the hunters were given T-shirts. And, a raffle was held for guns and other items.

Be sure and put this event on your bucket list next November. Proceeds go to feeding the bodies of needy families with fresh nutritious food and their souls with Jesus Christ. For more information log on to morningstarfresh.org.