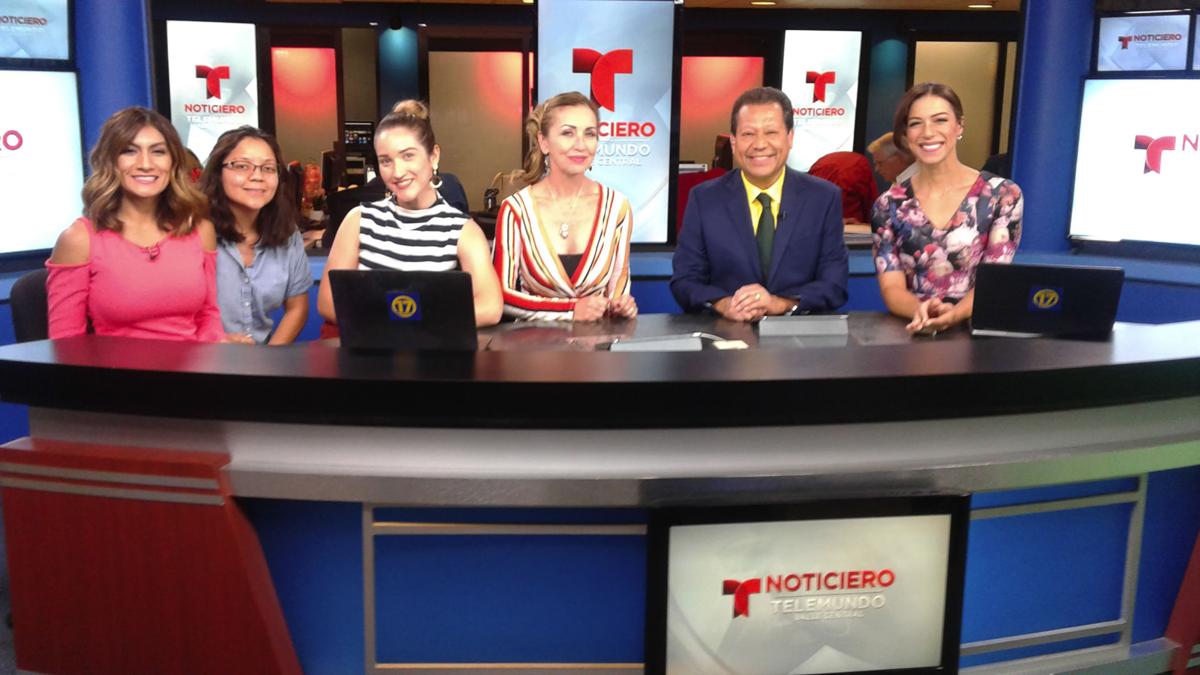 Driving toward the east side of town, the Telemundo news photographer wasn't quite sure what to expect. Esteban Flores had been sent to this particular street to shoot video of a neighborhood where a fugitive from justice was thought to be living. The Kern County Sheriff's Office had sent out a press release stating the suspect, wanted in a sex abuse case, could not be found, and it asked for the public's help in finding him.

After knocking randomly on several doors, Flores came face to face with a man who had information. Exactly the sort of information Flores was seeking. After a few moments, he excused himself and made a frantic call to his boss, Norma Gaspar.

"Esteban told me, 'I found him! He says he's innocent,'" recalled the executive producer. "I asked him, 'Where is the man?' And he said, 'He's right here. Want to talk to him?' Then he passed the phone to me and I spoke with the wanted man and convinced him to do an interview about his situation — and we had a good scoop."

This is but one of many stories from the news annals Telemundo Valle Central. Last month, the local Spanish-language newscast celebrated 15 years on the air. What began as just a half-hour weekly newscast has grown to two hours a day of information with a little bit of everything for the ever-growing Hispanic market in Kern County.

"We saw a void in Spanish-language media and for the past 15 years have diligently partnered with our community to distribute local news and community issues," said Telemundo General Manager Derek Jeffery, who also manages KGET, its sister station. Jeffery noted that hardly any of the numerous Spanish-language radio stations in Kern County offer news.

"That is where Telemundo comes in," said Jefferey.

Full disclosure here: My wife, Norma Gaspar, is the only remaining member of the station's original news team. Hired as executive producer, she now co-anchors and holds the posts of executive producer and assistant news director.

"It was surreal to be part of such an important piece of local history in Kern County," she said. "To me it was a greater responsibility to our community."

I am a Jose-come-lately to the Telemundo news team, having joined in 2017 after 28 years at English-language KBAK. While much of the work remains the same, the rapport with the Telemundo audience is a bit more intimate. I too, feel a greater sense of responsibility to inform and investigate issues important to Kern's Hispanic community, especially in covering immigration-related issues. The priorities of the current presidential administration almost guarantee a weekly executive order or policy change that directly affects people in Lost Hills, Arvin, Delano and all places in between.

"There is a void of quality Spanish journalism," said Olivia Garcia, veteran journalist and communications lecturer at Cal State Bakersfield. "Ideally, media outlets should be thinking about expanding or creating new local news or informational programs where a host can interview area experts and tackle critical issues of the day, particularly examining how a global, national and state issue is impacting them on such a local level."

What I've discovered is that we have a diverse audience. While many are traditional Spanish-speaking, working class families, a younger bilingual group also watches because Spanish-language media is the primary source of news and information for relatives and friends.

"Personally, I remember growing up reading The Bakersfield Californian (interpreting it for my grandparents) and watching Spanish-language news with hosts like Maria Elena Salinas and Jorge Ramos," said Garcia. "They were the journalists I looked up to and wanted to become. So my thirst for news consumption was satisfied in a bilingual way, much like I see with today’s young college students interested in careers in Spanish-language media."

Producing and maintaining a quality product is not as easy as it may appear. "Not that it's impossible, but it's very very hard to find people who can speak, write and translate correctly — correctly being the key word — from English into Spanish," said Norma Gaspar.

"Many people think that just by being bilingual all this can be done. It is a myth," she added. "Unfortunately, those people are hard to find."

What I find a bit surprising is that, to date, Telemundo Valle Central is the only local daily Spanish-language newscast produced in Kern County. According to 2018 stats from the U.S. Census Bureau, Hispanics are the majority ethnic group in Kern County at 54 percent, while in Bakersfield that figure stands at 49 percent. The outlying areas have an even greater percentage, with McFarland at 95 percent and Delano, the second largest city in the county, at 76 percent Hispanic. While it's good to have a loyal audience, I believe competition makes for a better product and better yet, the public is better served.

"I believe the lack of additional local Spanish-language stations in Kern County has resulted in less resources for Telemundo, which includes going from a live 30 minute newscast to a two-hour taped newscast," said Norma Gaspar. "I hope someday Telemundo can have a full team like it once did and transmit live news again."

I am blessed to work with a talented bunch of co-workers including Candy Caceres, Claudia Rodriguez, Nancy Preciado and Juana Martinez. (Yes, I know — all women!) These 15 years have gone by quickly, and Norma Gaspar has been there from the beginning.

"I see Telemundo as my foster child," she said. "I saw it from birth, helped raise it, nurtured it, fighting for and defending it tooth and nail. But it's getting close to passing the torch."