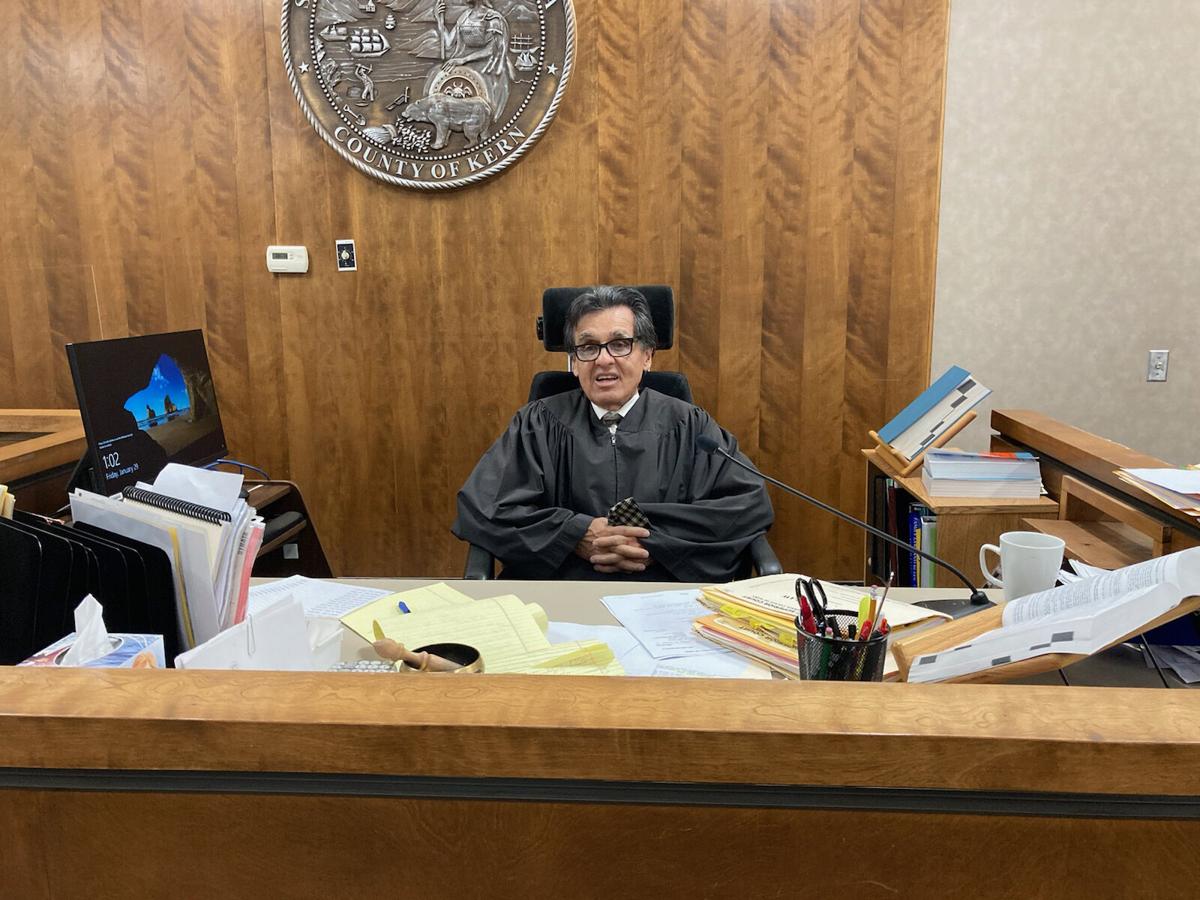 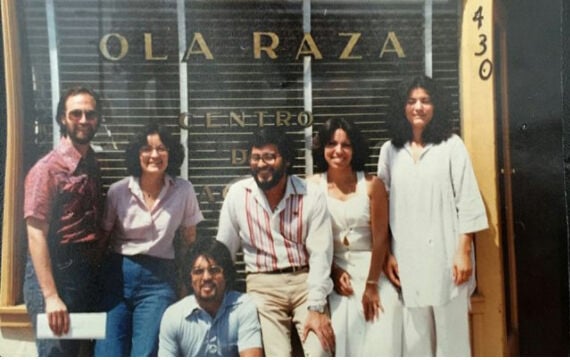 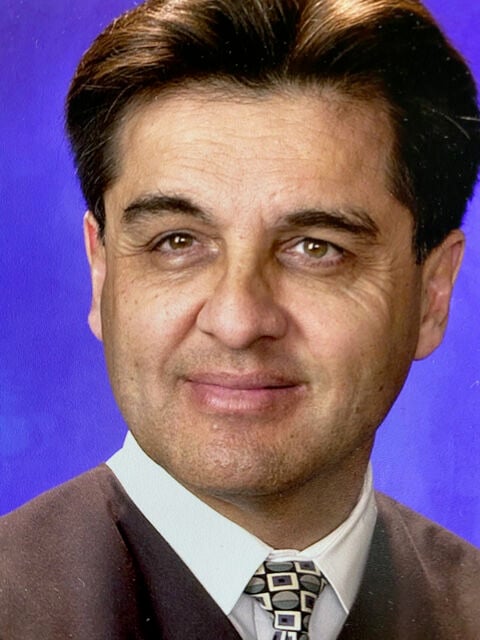 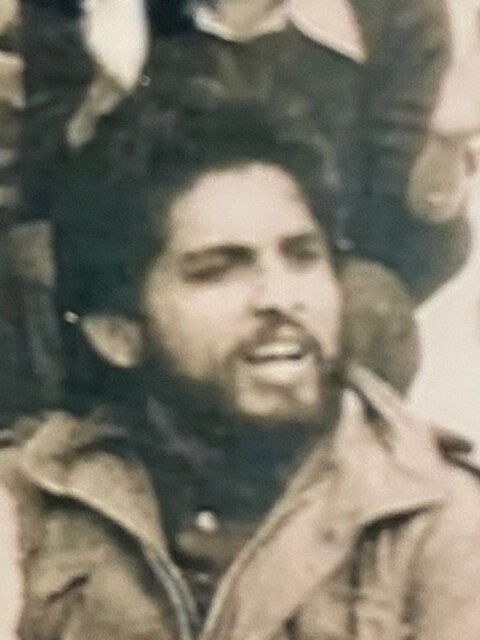 Robert Tafoya in 1978 at UC Hastings College of the Law.

Robert Tafoya in 1978 at UC Hastings College of the Law.

Robert Tafoya never gave much thought about becoming a judge. In fact, he never considered going to law school at all until a chance encounter with a friend. But first things first. Growing up in Ventura County, the future Kern County Superior Court jurist began working in the fields — at age 5. He started as a water boy and worked his way up.

"Tomatoes was my specialty," said Tafoya. "By the time I was 18 I had my own cuadrilla (work crew)." He was forced to use the infamous short handled hoe, which was just 24 inches long, and took a devastating toll on farmworkers, requiring them to stoop during long hours in the fields leading to severe back problems.

"I could barely stand up straight and my dad said to me, 'OK son, what do you want to do? Do this for the rest of your life or go to school?'" Tafoya recalled.

He didn't think twice about it and Tafoya wound up going to college in Sacramento, graduating with a B.A. and a masters in education. Shortly after is when a friend happened to spot Tafoya on the street and asked him to go along to attend a law school admission test preparation course at UC Hastings College of the Law in San Francisco. Without much money, Tafoya grabbed his toothbrush, jumped in his friend's van and went off.

Apparently liking this new chapter in life, Tafoya wound up applying, getting accepted and graduating from Hastings. This was during the 1970s, the height of Chicano political activism, and Tafoya fit right in, urging and watching out for opportunities for other Latinos to get into law school. It was also the place where he met his future wife, Sandra Serrano, who also became a lawyer and later a well-respected educator and administrator in Kern County.

With a grant from Legal Services Corporation, the pair came to Bakersfield in 1978 along with other Hastings law graduates and established OLA Raza, a nonprofit low-cost legal services center primarily for Kern's Spanish-speaking community and set up shop on Kentucky Street. Two years later he joined the Kern County Public Defender's office before deciding to open up his own law practice.

"I became filthy poor, as my wife would say," recalls Tafoya. Now with two children, Sandra took a job at Cal State because it offered health benefits for the family. She advanced rapidly through the ranks and ventured out to other districts, eventually being named president of Bakersfield College and then chancellor of the Kern Community College District. Tafoya became certified as a Family Law Specialist and was recruited by Chain-Younger law firm. It was during this time another acquaintance said something to him.

The late judge Coleen Ryan called him into her chambers one day. "I said, 'Yeah judge, what's up?' And she said, 'I want you to apply for a judgeship.' And I said, 'What?'"

Tafoya did not take it seriously until he ran into her a second time and she asked him again whether he had applied. He finally did so. But judge Ryan did not live to see her encouragement come to fruition. One year later, she died of cancer. Tafoya spoke at her funeral in 2002. "One month after she died, I get a call from the governor appointing me to her position!" Was this coincidence? Fate? Karma?

Tafoya would go on to serve 18 years on the bench, with the past 11 years at the Delano courthouse. In 2009, however, then-Kern County District Attorney Ed Jagels used a legal maneuver to keep judge Tafoya from hearing virtually all criminal cases, claiming his office couldn't get a fair trial under in Tafoya's courtroom. Pure hogwash, says defense attorney H.A. Sala.

"There was no reasonable basis for that kind of a conclusion, because (Tafoya) was the consummate fair jurist," said Sala. The veteran attorney believes Jagels' action was most likely the result of one or more disgruntled deputy district attorneys who were angry at Tafoya when he made decisions that didn't go their way. Either way, Tafoya said he did not lose any sleep over Jagels' action.

"A lot of times I didn't agree with (Tafoya's) rulings, but I do believe I received fair consideration by him," said Sala. "That's what a judge is supposed to do."

Others share similar observances of Tafoya's work on the bench.

"Interestingly, my initial impression of Judge Tafoya in 1980 is the same impression I have of him today," said Ramon Quirarte, who works as a court interpreter. "He is a noble and ethical person who genuinely cares about people and reaches out to help them."

I recall one such incident of helping others access justice that happened a couple of years ago. Informed that two ICE agents had showed up in the lobby of the Delano courthouse, Tafoya approached the pair.

"I said, 'Can I help you gentlemen?' They said, 'Well, who are you?' I replied, 'I'm the judge. Who are you?' And they said, 'Oh.' I just didn't care about them being in the courtroom because it intimidated people from entering, denied them having access to the court system," said Tafoya. The ICE agents left.

Tafoya retired from the bench last month and was given a tearful goodbye from the Delano courthouse staff. His next project sounds and is challenging, and badly needed.

"I want to work with men so they can become better husbands and better fathers," said the retired judge. He rattled off a list of bad things intertwined in the lives of perpetrators due to the absence of a responsible husband and father in their lives. He plans to do this based on the model of The National Compadres Network, a men's group in San Jose.

He shared a set principles he abides by every day that come from the Toltec civilization some 3,000 years old that are outlined in the book "The Four Agreements" by Mexican author don Miguel Ruiz. The agreements are: 1. Your word must be impeccable. 2. Take nothing personal. 3. Be open to life's possibilities, and 4. Always do your best.

Must be something to these principles. Robert Tafoya is proof of that.