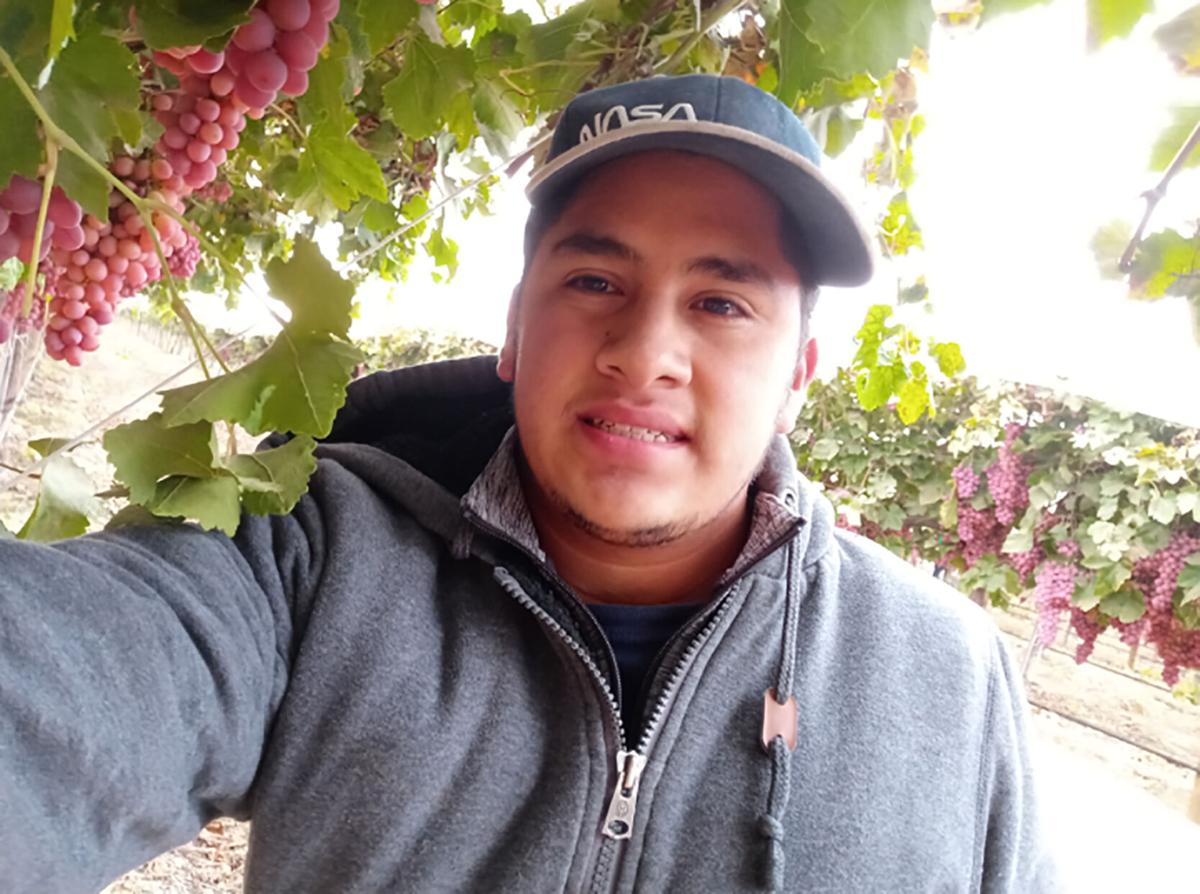 Vicente Reyes is among the millions of "Dreamers" and a sophomore at Baketrsfield College. 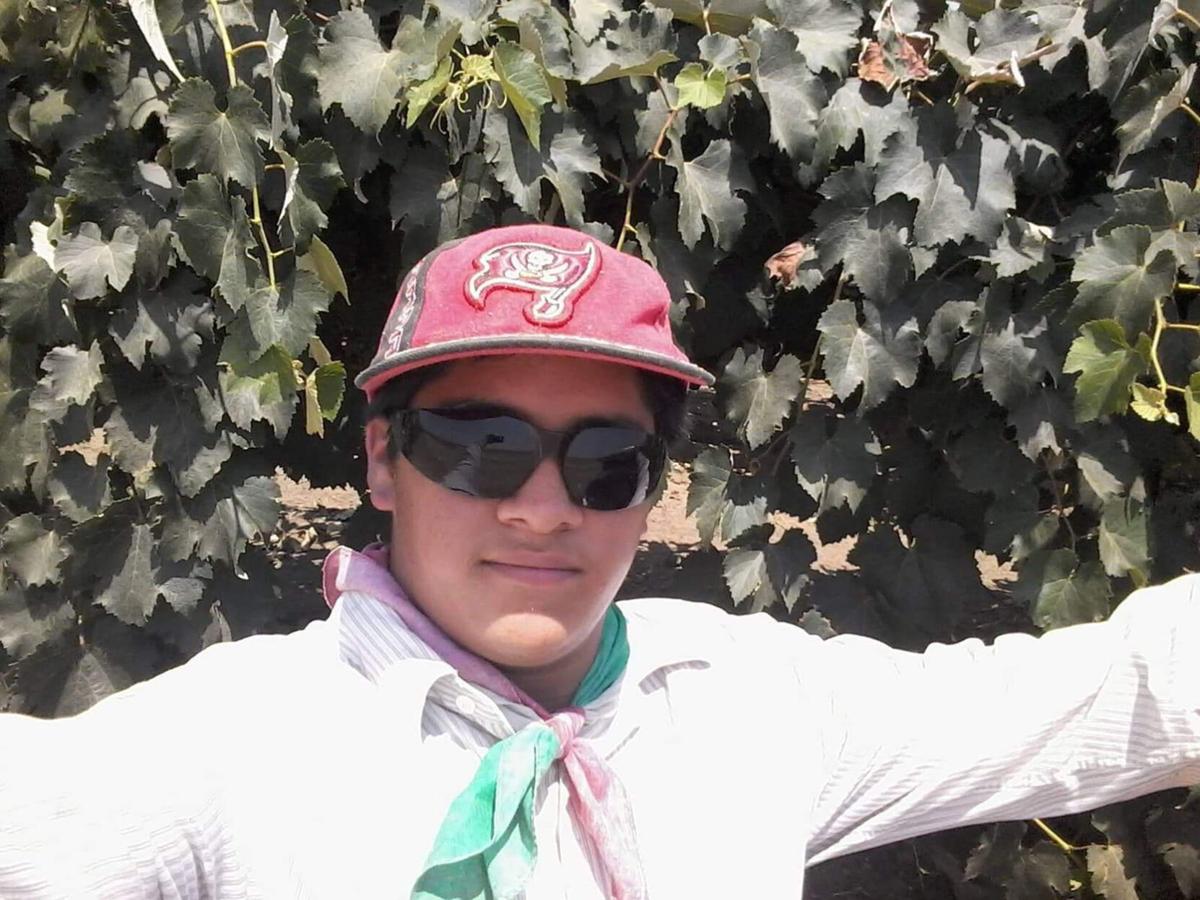 Vicente Reyes of Bakersfield worked in the fields alongside his parents since age 12 and continues to do so today.

Vicente Reyes is among the millions of "Dreamers" and a sophomore at Baketrsfield College.

Vicente Reyes of Bakersfield worked in the fields alongside his parents since age 12 and continues to do so today.

"The time is always right to do right." — Dr. Martin Luther King

As I drove down Q Street in downtown Bakersfield the other day, I saw the above quote painted on a building. It's from MLK, a man I most admire. This particular quote resonated with me as the House of Representatives had just passed two wide-ranging immigration related bills.

One is the American Dream and Promise Act, which allows more than 3 million "Dreamers," or young undocumented immigrants who were brought to the U.S. as children, as well as beneficiaries of certain temporary humanitarian programs, to gain permanent legal status. The bill passed by a vote of 228 to 197, with nine Republicans joining all Democrats in approving it.

The second bill is the Farm Workforce Modernization Act. This one allows undocumented farmworkers along with their spouses and children to earn legal status through continued employment in agriculture. This one passed with a vote of 247 to 174, with 30 Republicans joining nearly all Democrats in supporting it. Both pieces of legislation impact directly the lives of thousands right here in Kern County.

"This means a lot for me and my family," said 21-year-old Vicente Reyes of Bakersfield. "It means we can have a better future, these bills would eliminate fear."

Reyes is among the millions of "Dreamers" nationwide praying Congress does the right thing. He is a sophomore at Bakersfield College with plans to one day work at Jet Propulsion Laboratory as a robotics engineer. Brought to this country at age 5 from Mexico, he's worked in the fields alongside his parents since 12 and continues to do so today.

Nationally, both bills have public support, including from that radical group of farmers, Western Growers.

"Americans want to see Congress work on real problems and real solutions and spend less time in ideological conflict. The Farm Workforce Modernization Act affords the Senate a powerful opportunity to meet that expectation,” reads a statement on its website.

But the fate of both bills is uncertain in the Senate.

And once again, local Congressman Kevin McCarthy, R-Bakersfield, denounced both bills with his usual rhetoric of "tightening up border security" before even discussing any type of immigration reform. Said McCarthy, "Today they are voting on two bills that not only do nothing to address the problem — it ignores the problem — but will actually worsen the situation." Never mind that such legislation is long overdue and is beneficial for the country and the well-being of thousands of local families.

McCarthy's voting record clearly shows it is unfriendly toward the Latino community and immigrants in general. His modus operandi for years is to shoot down anything that provides legal status for undocumented immigrants. Asked for comment, a spokesperson from his office claims that in 2018, McCarthy brought two bills to the House floor that would have provided legal status to children illegally brought to this country combined with robust border security, but that every House Democrat voted against these bills.

"For McCarthy to vote in favor of both bills in his heavily Trumpist/xenophobic House Republican conference, which he now runs as Minority Leader, would lead to giving up on his aspiration to become speaker and maybe even face mutiny now," said Gonzalo Santos, emeritus professor at Cal State Bakersfield. Bingo!

Once again the other local Republican Congressman David Valado got it right by defying McCarthy and voting in favor of both bills. Maybe Valadao believes he's got nothing else to lose after voting to impeach Trump the second time around, earning the wrath of the extreme right.

"I am proud to protect our Dreamers," Valadao wrote in a prepared statement. "These young people go to work, attend school, pay taxes and are actively involved in our communities. We must ensure that people who were brought here as children through no fault of their own and call the United States their home are welcome here."

These bills may not be perfect and there may be some tweaking that needs to be done to gain Republican support in the Senate. And with the current situation at the border, McCarthy continues to use that as a latest excuse to not pass these bills.

So what are the chances these bills are approved in the Senate?

"The chances are high or low, depending on whether the Democrats do away — or modify — the filibuster rule in the Senate that mandates 60 votes for any bill to be even considered," said professor Santos. "The past two decades have shown the Republicans will have no compunction in continuing to block every piece of legislation abusing the filibuster, no matter how popular or urgently needed — as immigration reform proposals are today. If the Democrats do away with it — or modify it to allow “laws that affect national security,” which, by the Republican’s own rhetoric all immigration matters fall within, then the chances are very high these and other bills will become laws in short order. But if the Democrats balk, the bills will go to the graveyard of all immigration proposals, unheard and unvoted in the Senate."

The time is always right to do right. I read that somewhere.