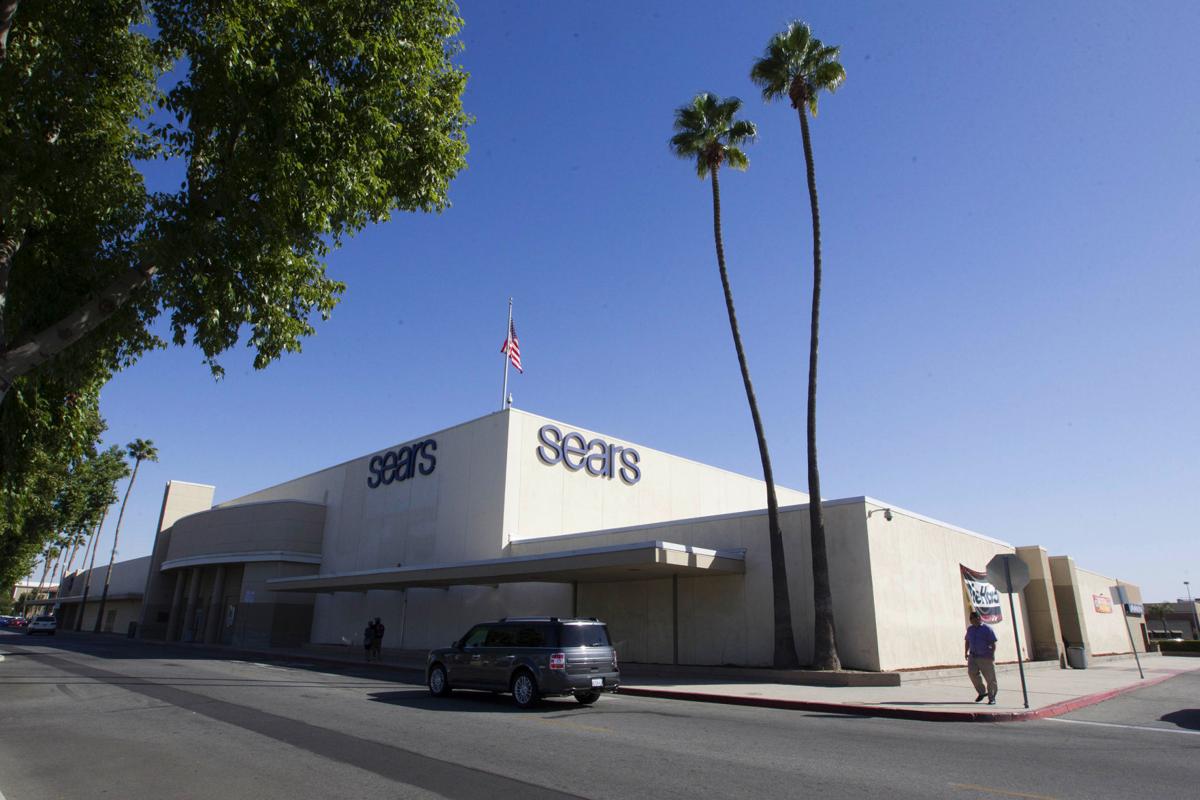 The Sears at Valley Plaza mall is scheduled to closed Sunday. This photo was taken in October. 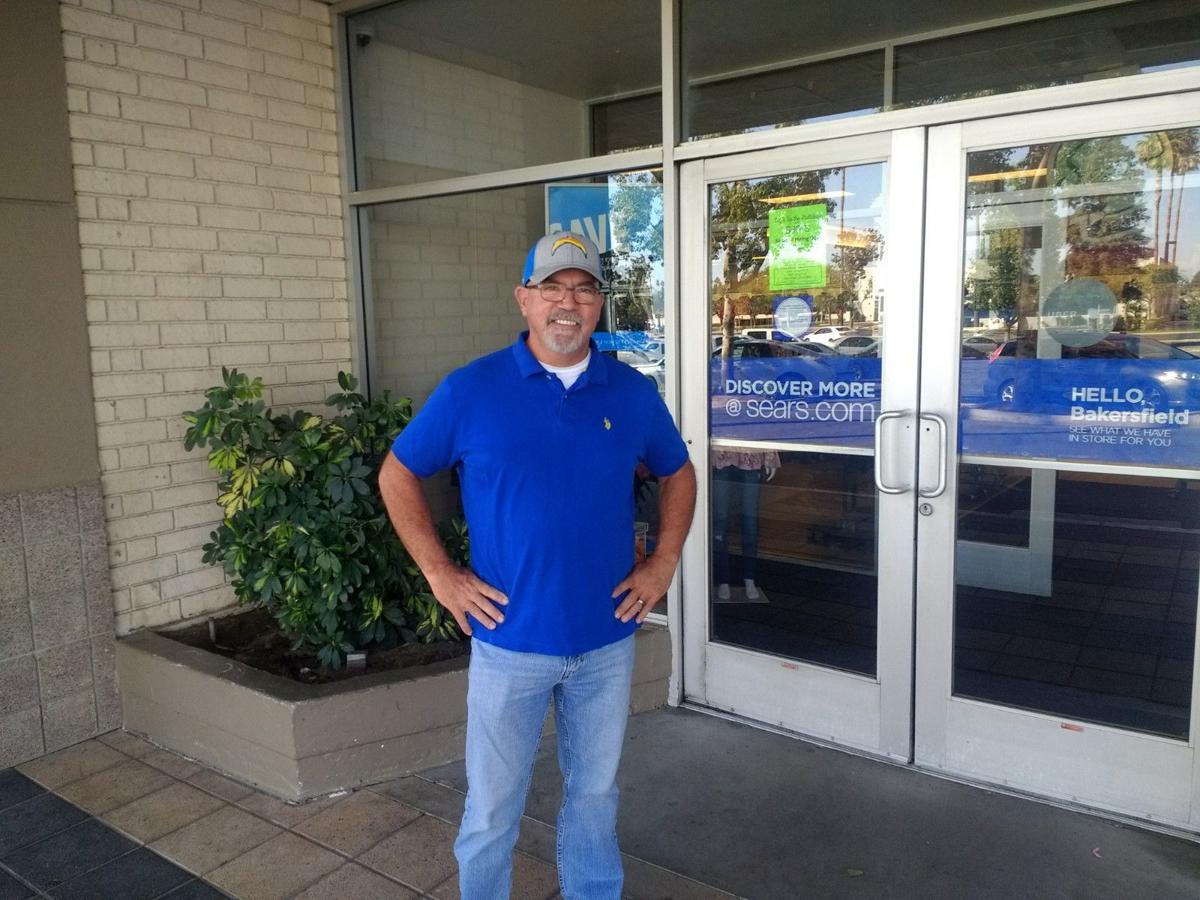 Twin Oaks resident Don Birdwell has been coming to the Valley Plaza Sears for 20 to 30 years.

The Sears at Valley Plaza mall is scheduled to closed Sunday. This photo was taken in October.

Twin Oaks resident Don Birdwell has been coming to the Valley Plaza Sears for 20 to 30 years.

Is it the beginning of the end for Valley Plaza mall?

Last month Sears filed for bankruptcy and announced it would be shuttering yet more stores nationwide in its latest round of closings. Among them is Sears at Valley Plaza, leaving a huge two-story void at the aging shopping center.

"Nobody knows where retailing is headed," said Robert Bridges, associate professor of Clinical Finance and Business Economics at the USC Marshall School of Business.

Bridges, who specializes in real estate feasibility and urban economics, believes the end is near for traditional malls, which rely on giant big-box department stores as anchors to bring in customers. And if the analysts at bank and investment company Credit Suisse are right, 25 percent of U.S. malls -- 1 out of every 4 -- will close by 2022.

Could Valley Plaza be among them?

Not everyone is quite ready to say yes. No doubt Valley Plaza will take a hit from Sears' pull out.

"Valley Plaza can look at this as a blessing or a curse," said Nyakundi Michieka, assistant professor of Economics at Cal State Bakersfield, who studies local economic trends in Kern County.

"The blessing is that Valley Plaza can reconfigure itself to adapt to what consumers of today want," said Michieka.

But hey, Sears occupies two floors. That's a lot of empty space to fill, isn't it?

"You've seen malls split that space up and put in gyms, offices, a children's play area, a church and even a car show room. There's just so many things that could go in there and some malls are even putting in indoor gardens," Michieka said.

OK, that's the upside. And the curse?

"Once you have a business of that magnitude leaving the mall, you tend to see reduced consumer traffic, less people going in to shop," said the professor.

Further, he said, if the void left by Sears stays empty for an extended period, customers tend to stay away from that part of the mall and neighboring stores could feel the effect.

I called Valley Plaza management to find out how they're planning on filling the void, but no dice — they weren't talking. I was directed to their corporate office in Chicago, but no one returned my call.

There's other collateral damage. An untold number of employees will soon be out of a full- or part-time job. And the city of Bakersfield loses out on the sales tax revenue generated by Sears.

"We would expect a slight decline due to the closure," said Nelson Smith, finance director for the city.

Just how much revenue is unknown because the state prohibits cities from divulging that kind of information from an individual business, said Nelson. But what the city did say is that Valley Plaza as a whole generates $2 million to $2.5 million in sales tax revenue each year. That's about 3.4 percent to 3.8 percent of the city's annual sales tax revenue.

For the past five years, the city's sales tax revenues have remained "pretty flat," Nelson added.

Michieka isn't ready to predict gloom and doom for Valley Plaza in spite of the fact one of its anchor stores is leaving.

"It's still a little bit too early to conclude something like that," said Michieka. "There's still a large population that likes to go to a store and try on something and if it doesn't work out, take it back," he said.

Founded in 1892, Sears quickly became the largest retailer in the country; it was an institution. But like so many others, it became the victim of e-commerce — the "Amazon effect," as the city finance director calls it.

Longtime customers are disappointed. Vidal and Maria Gonzales of Bakersfield have been loyal Sears shoppers for 30 years.

"The merchandise is good quality and affordable," said the husband.

The couple were walking out of the store recently when I spoke with them.

Maria was more sentimental. "It's sad; we don't like that it's closing," she said in a somber tone. "We will miss it."

So, tax revenues have been flat. That doesn’t necessarily point to the mall being in danger. Also, if you had ever been in Sears the last few years you knew that it wasn’t exactly packed with shoppers. I’m sure the space will be split up (Sears had already reduced their square footage anyway). Now that we will have a distribution center we may see an Amazon Store inside the mall. That would be nice.

I got out of Bakersfield and the failing state of California a month ago. I was a big Amazon user in Bako because most times I went to stores the item I was looking for had to be ordered. Now in Utah, that has changed. I have found that more often then not stores here are well stocked. For example, looking for sporting goods in Bako is limited to a few stores and each one specializes in certain items. Here in Utah there is a big sporting goods store called Scheels. This one store has a restaurant and it even has a Ferris wheel inside. They have a giant selection. Fact is a store like that would never survive in Bakersfield for a number of reasons. My point is that Amazon is good but there is a space for retail too. Bakersfield lacks creativity, forward thinking, and is cursed by the good ol boy way of thinking. My guess is that mall will will end up like the east hills mall at some point. No, that does not have to happen but it will take forward thinking and the ability to change. Two things Bakersfield has a hard time with.
Good luck.

Sears originated the pattern using the United States Mail System (before UPS and Fedex) that finally became efficient pre- and post-Civil War, and quicker than the Pony Express (6 mos that established a need that Morse superceded and Marconi perfected) with the railroads (Dad worked for the B&o). The catalogue (via newsprint ads--BAKO?) was their 'internet', with 'distribution centers' in Chicago & St. Louis. Then came local outlet/catalogue stores supplanting the mails (and airmail) to malls. But as the internet lit up & ebay and Amazon persisted, the stodgy Chicago Old Guard of Sears planted their 'Wing-Tip Saddle-Shoes' (oxymoron) in the asphalt with "We're #1 & these kids are 'fly-by-night' (& China too).
-----------
Well, guess what, sports fans. Free shipping . . . and Walmart dropping from 50 bucks to $35? Ya can't compete with that. Or can ya . . . !
______
Now, what if Sears had computers available (and Wi-Fi apps), like internet cafes (coffee and snacks), and had the hardware displayed with shipping available (so I don't have to lug it home in my SUV) . . . ? Take a lesson Messers Richard Warren Sears and Alvah Curtis Roebuck (1892) . . . ! It ain't too late, as you re-org under Chapter Eleven . . . !
-----------
Semper Fortis . . . !

Sears should have been Amazon. The original shop-at-home company. The Sears catalog was Amazon.com at the time. Still.... they had their run. Malls too. They did nothing wrong. They were born, they lived and thrived, and now they're dying. Dead even. Save for the social aspect of it, malls are dead. People still like to meet up, 'hang out', catch a snack and a drink, see a movie , pretend to shop ( and order stuff online later), etc. Sears is dead. Malls as we know them are dead. Will be interesting to see what evolves in those spaces. RIP Sears, RIP Malls

Second that, Jimmy. And here we are with this 'yuge 2-floor' centered in Bako at Ming and Hwy 99 (unlike the newspaper touting its own relocation out of "downtown" of 'The City It;s Named For) . . . and outlet 'malls' south while Walmart and Amazon will 'neighbor-up' with the 'BC' at Meadows Field. Sears 'Craftsman' brand and others should have shown more of "The Right Stuff" . . . but what do those 'Chicago Gangster-Guys' know.
-----------
BTW, the Sears catalogue was the fave reading material in many old 'outhouses' . . . serving sorta 'double duty' for decades. . . ! (& 'Monkey Wards' is still with us)

There's actually a beautiful book of photography I saw once that was all photos from inside abandoned malls in America. Trees and plants had taken back over. Animals, too. It was wild looking. Completely beautiful with the sun crashing through the skylights on the ceilings.