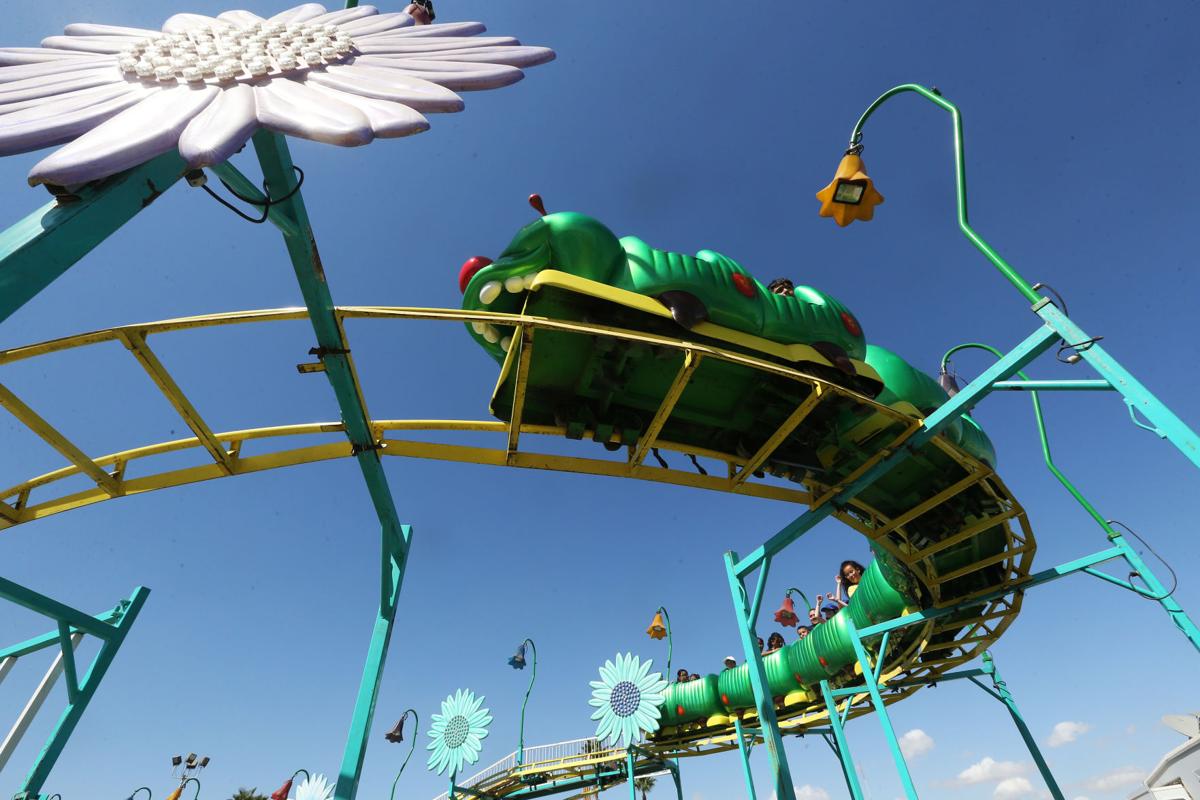 Children ride a roller coaster at Butler Magical Amusements at the Kern County Fair in 2019. 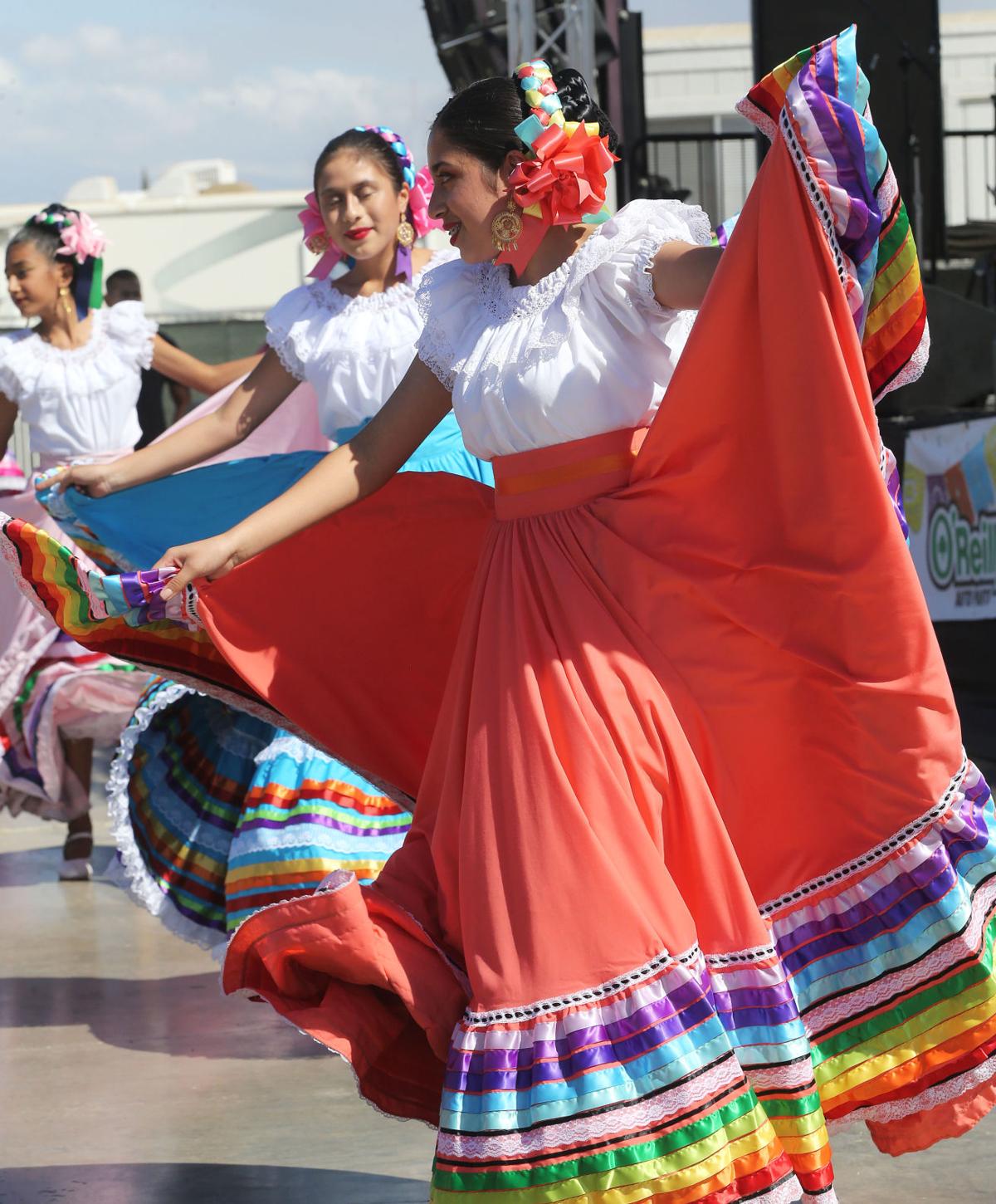 Members of the Ballet Folklorico Huaztecalli of Bakersfield perform Saturday at the Kern County Fair.

Children ride a roller coaster at Butler Magical Amusements at the Kern County Fair in 2019.

Members of the Ballet Folklorico Huaztecalli of Bakersfield perform Saturday at the Kern County Fair.

The Kern County Fair was placed on a state financial watch list in 2013 by the Fairs and Expositions branch of the California Department of Food and Agriculture. And yet somehow the Bakersfield-based fair operated for six more years without CDFA oversight or audit.

In fact, the last time the CDFA conducted an audit of the Kern County Fair was 2009 — fully a decade ago. That lack of oversight may have significantly contributed to what California State Auditor Elaine Howle has called gross mismanagement of taxpayer funds, as well as multiple violations of state law, by the Kern County Fair.

A scathing state audit report, released on Aug. 20 following a whistleblower's complaint, did not specifically name the Kern County Fair, but my colleague Eytan Wallace of KGET-TV, who first reported this story, said he was told by a state official, off the record, that the fair in question was indeed Kern County. The next day Assemblyman Vince Fong told me he "had no doubt" it was Kern County — and the Kern County District Attorney's subsequent decision to investigate the matter, and specifically the Kern County Fair, seems to leave no question.

Before its public release, a draft report was first received by the Kern County Fair and the CDFA on April 17, which means both entities have had six months to implement recommended changes. More on that in a bit.

The audit focused on the fair's finances between 2016 and 2018. Among its most egregious findings was alleged mismanagement of at least $315,631 by Kern County Fair staff and its board of directors including: $132,584 of state credit card purchases with no supporting receipts, $130,396 on individual credit card purchases exceeding $100 for which the CEO did not sign prepared purchase orders, $30,048 in excessive and illegal out-of-state travel expenses, and $14,170 of non-itemized receipts.

I don't know about you, but I like to pay at least the minimum amount on my credit card bill to avoid late fees and interest. But when it's not your money, I guess you can just let the taxpayers worry about that, because according to the report the Kern County Fair racked up a whopping $5,188 in late fees and interest for late and overdue payments.

The audit infers that when you travel on the public's dime, you're also permitted to eat and drink beer, wine and hard liquor. So, fair employees used the public credit cards to pay for lavish meals that included alcohol. Cheers. According to the audit, the CEO made notes that he dined with the deputy manager, other staff and six board members.

Let's get back to CDFA dropping the ball. It placed Kern County on something called the "Fairs on the Watch" program, which is a list of fiscally challenged fairs, or, officially, "district agricultural associations." According to the State Auditor, this watch program exists to ensure that each association can continue to meet community needs and pursue local success. CDFA is supposed to monitor, assist with or intervene in the management of financially challenged associations such as the Kern County Fair. Apparently, CDFA never did that.

"CDFA could have discovered and addressed many of these improper governmental activities. Instead, it failed in its oversight responsibilities," states the State Auditor's report.

This is not to let the Kern County Fair Board of Directors off the hook. According to the report, the board exacerbated this gross mismanagement by failing to fulfill its legal responsibilities in ensuring that the CEO and other top fair employees were doing everything on the up-and-up. Were board members not aware of what was going on? If they didn't know, why not?

Were they misled by fair employees or fed misinformation? Neither Kern County Fair Chief Executive Officer Mike Olcott nor any board member has given a public explanation since the report came to light, choosing instead to brush off pesky reporters. The only statement issued regarding this matter reads: "Due to California whistleblower law, we are unable to disclose the name of the fair that was the subject of the State Auditor's report (in August)."

This is to satisfy the public's right to know how its taxpayer dollars are spent?

The Kern County Fair Board did issue a response to the State Audit as required by law. It said that its workforce was "stretched" and could no longer provide adequate training for employees about state policies and procedures due to the reduced staffing implemented in 2011 at the CDFA's Fairs and Expositions branch. The State Auditor recommended the board take action against the CEO, the maintenance supervisor, and all other permanent and temporary employees who engaged in improper activities identified in the report. Specifically, the auditor recommended that the CEO, the deputy manager and the maintenance supervisor repay the total of their inappropriate purchases.

The board's response? It told the state it would not take any disciplinary action against the CEO. The board reported it had "cautioned" him to prioritize training and directed him to make sure his staff was aware of its responsibilities to safeguard state resources properly. Can you say slap on the wrist?

As for recouping your tax money, the board said it and the CEO would work with CDFA "to come up with a fair and equitable method for determining the amount and manner of reimbursement to the State for any inappropriate expenditures." Say what? Really? Not a good idea, says the State Auditor: "It is inappropriate for the association to allow him to participate in any decisions that involve his own interests."

Another recommendation was that the state recoup from the fair's maintenance supervisor the cost of his personal use of a state vehicle. The board responded by saying it didn't know how to recoup those costs because, well, he only used the vehicle "on few occasions" and it didn't have a breakdown of the number of occasions or the miles driven. The Auditor called that response puzzling given it had obtained credible evidence that the maintenance supervisor misused a state vehicle for commuting purposes on a daily basis for several years.

The CDFA responded to the audit by saying it had been forced to eliminate 30 positions, including auditor positions, when its budget was cut by $32 million in 2011. However, the audit reviewed the governor's budgets from 2010 through 2019 and determined that in fact the Legislature had appropriated funds for specifically that purpose. "Therefore," the report states, "CDFA must have allocated those funds for other purposes besides compliance audits."

As for the auditor's recommendation that CDFA take control of the Kern County Fair: "Premature," the CDFA responded. Years of mismanagement apparently doesn't qualify for a state takeover. Instead, CDFA said, it will require Kern County Fair board members to attend a training course. Kid you not.

I reached out to the state agency for comment and got this stale reply from Steve Lyle, director of public affairs: "CDFA takes the audit report seriously and is at work addressing its recommendations."

Kern County District Attorney Cynthia Zimmer, as noted, has opened an investigation into this mess. You can bet she will get political pressure from both state and local interests to not dig too deeply. Will this investigation be a whitewash? Just smoke and mirrors? I hope not.

All of our four local state representatives have been quiet as mice on this matter. I asked each of them about the D.A.'s investigation into the matter. Shannon Grove, Vince Fong and Rudy Salas each said it's correct and within Zimmer's purview to do so, or words to that effect. Each also said they consider the audit's findings to be a very serious matter. Salas happens to be chair of the Joint Legislative Committee, which oversees the operations and finances of government and public entities such as the Kern County Fair. State Sen. Melissa Hurtado did not provide comment.

"I will work to ensure that the corrective action recommendations from the State Auditor are implemented," wrote Salas in an email. Thing is, though, a draft report that was released six months ago and Salas did not say what, if anything, he's done about it since.

It'll be your chance to speak out and be heard. Hopefully, board members, fair employees and elected public officials will be listening.