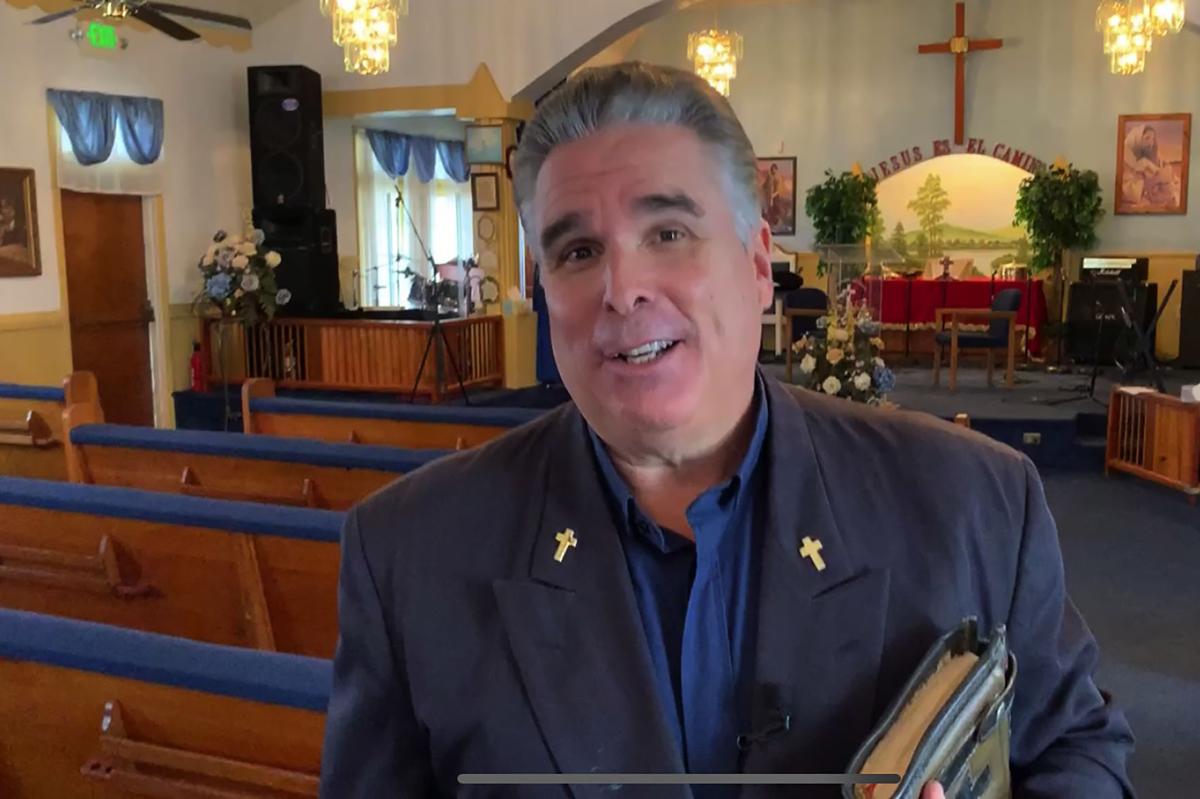 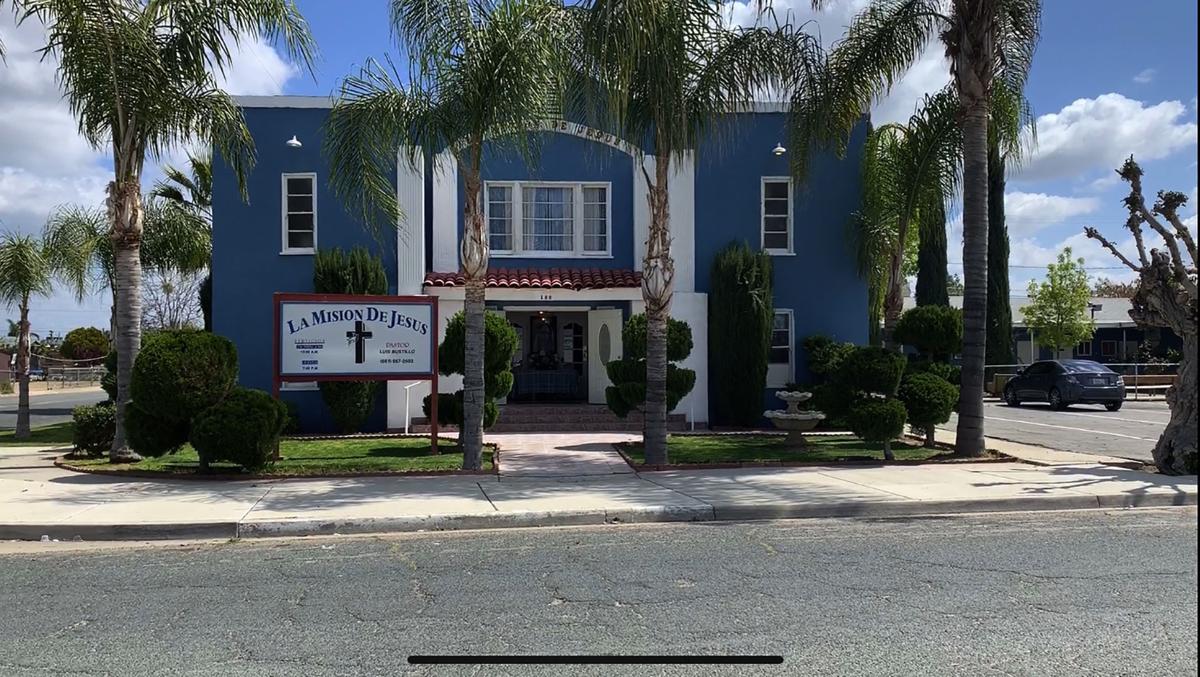 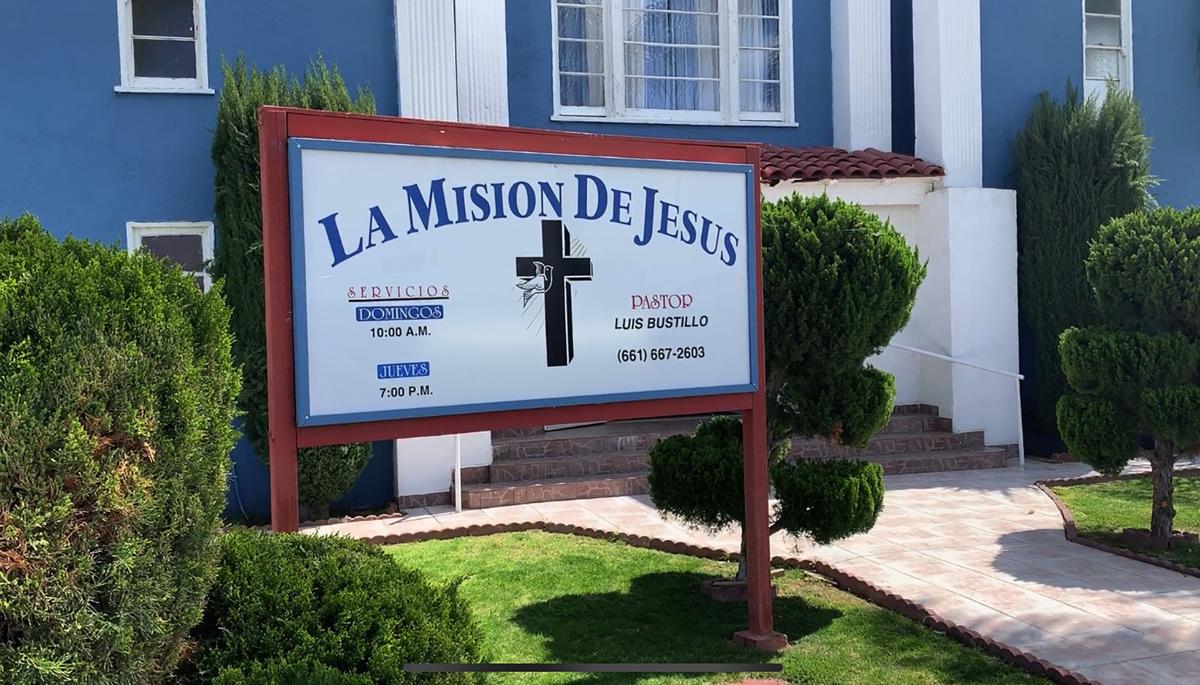 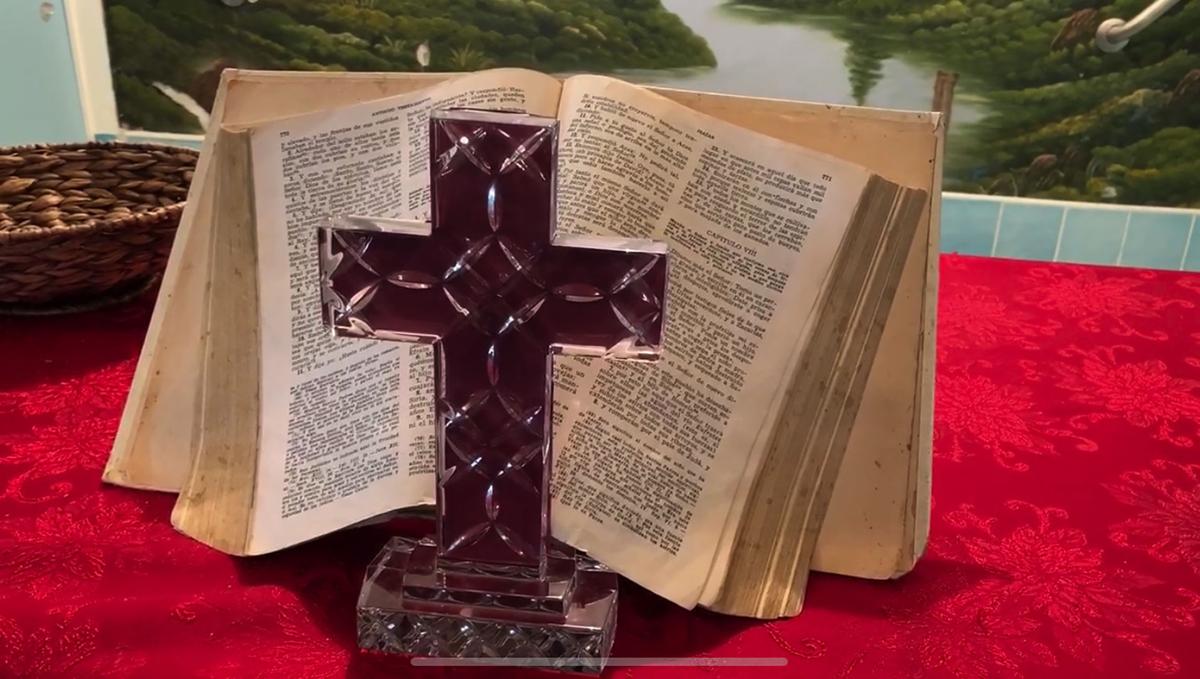 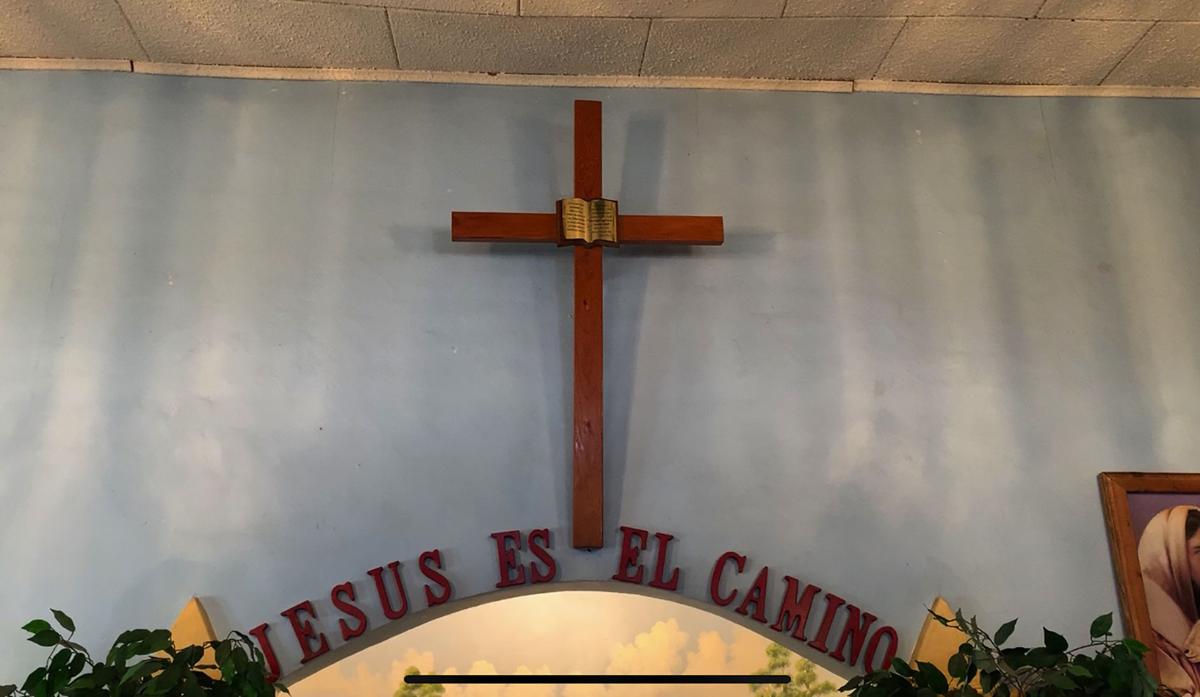 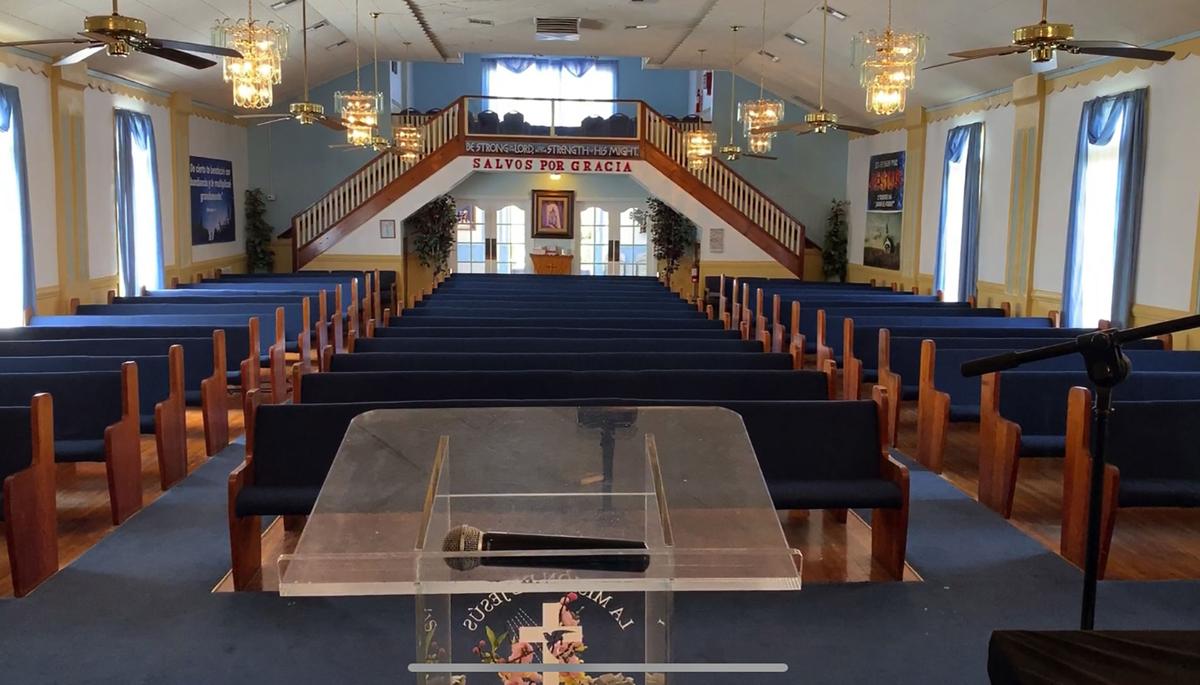 The coronavirus pandemic is hitting churches in more ways than one. The way Pastor Luis Mario Bustillo of La Mision de Jesus church in McFarland sees it, people are being scared out of their wits with a daily bombardment of news of infections and the death toll locally, nationally and worldwide.

"This is a pandemic of fear," Bustillo said. "People are kidnapped in their own homes."

So the pastor took to his Facebook page last week, encouraging his congregation to turn out for Sunday services and posted several messages. "Don't let yourself be convinced by the fearful," reads one message. Another says, "Many who hide at home use three or four verses from scripture out of context to justify their cowardice." And this one, "ICE agents are using this coronavirus as a scare tactic so they can catch you at home! It's better if you come to church where they won't find you."

Thing is, though, holding services for a large group of people congregating in one place directly contradicts what top health officials worldwide are advising. Namely, do not go near crowds as the coronavirus spreads from person to person. Stay home. If you must go out, maintain a distance of least six feet from others. Not to mention the governor's executive order telling people to shelter in place, along with a list of essential services such as grocery stores, pharmacies and hospitals that are allowed to stay open. Churches are not on the list.

When McFarland city officials got wind of the pastor's plan, they took action.

Last Sunday with a police officer standing by his side, Bustillo addressed his congregation outside the front door of La Mision de Jesus church as people were arriving for the 10 a.m. service.

"Let me be very clear about this. I have been forced to shut down the church by order of the police," he announced to the gathering. "This is a violation of our rights, we are falling into a police state."

The pastor believes churches should be allowed to remain open to fill the community's spiritual needs. Services for the day were canceled.

Acting McFarland Police Chief Janet Davis sees things differently. She told me she and Bustillo had a lengthy conversation about the matter.

"We came to an agreement and he said he would cancel service at the church," Davis said. "I respect what he's trying to do, but we can't have gatherings in large numbers because it's a public health hazard."

As for the presence of a police officer at the church, Davis said Bustillo invited the police department to be there. Said Davis, "We were not there to take police action to close down a church. We were there to educate the public. It's a dicey situation."

But Pastor Bustillo is adamant he was left with no choice but to close the church doors.

"They threatened to report me to the Centers for Disease Control and take other harsh action against me," said Bustillo. "To me, that's forcing me to shut down."

Other churches such as the Catholic Diocese of Fresno have closed their doors for now to avoid the risk of their parishioners contracting and spreading COVID-19. Many of them still hold services online. The pastor says his church can do the same. But "it's not the same being at home watching a program instead of being together at church as God's word says it should be," he said.

The issue has drawn strong reaction on social media, with some slamming the pastor as being irresponsible and putting the public at risk of spreading coronavirus. While the number of COVID-19 cases continues to rapidly rise in Kern County, Bustillo believes it's overblown.

"Only one person (in Kern County) has died because of coronavirus," he said. "So the statistics do not justify this fear."

Bustillo says he's been slammed on social media for his stance and has received death threats.

He founded the non-denominational La Mision de Jesus church in 1989 and has around 400 members, he said.

Churches in other parts of the country have in fact defied local authorities and refused to close their doors. Evangelical Pastor Rodney Howard-Browne of Tampa, Fla., wound up getting arrested and charged with unlawful assembly and a violation of health emergency rules after repeatedly ignoring requests to close his church.

So far, it's not come to that in McFarland, though it has strained relations between Bustillo and two separate police departments. After serving as chaplain of McFarland Police Department for 10 years, Bustillo said he's through. Delano City Council member Grace Vallejo also confirmed Bustillo is out as chaplain for Delano police after serving for 18 years.

"Both police chiefs let me go after the position I took," said the pastor. On the positive side, he said it now leaves him more time to do other things for the community.

Will he reopen La Mision de Jesus church anytime soon? Bustillo was considering doing just that, but after meeting with McFarland Mayor Sally Gonzalez, the pastor said he agreed to keep the church doors closed for the remainder of the month. After that, all bets are off, said Bustillo.

"No matter what happens with the coronavirus issue, I will open my church May 1st." Stay tuned.