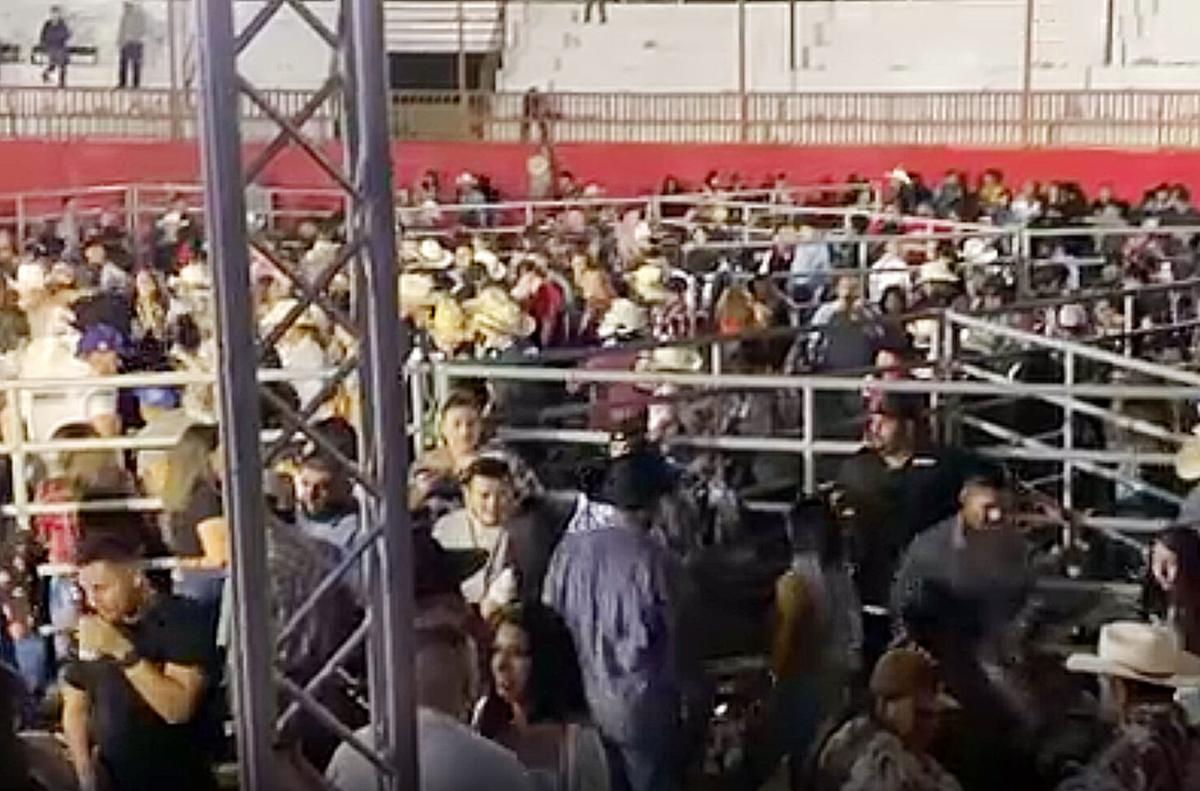 Around 500 people attended a dance in Delano without the use of masks, prompting city officials to investigate the site's owner for violation of state health COVID-19 guidelines.

When Delano police officers responded to a call of shots fired at an outdoor dance two weeks ago, they stumbled onto something more than just a shooting.

Two men apparently had a fight over a girl and one of them took out a gun and shot at the other, but the bullet only grazed the head of his intended target, resulting in a non life-threatening injury said Nevarez.

The other concern was the sight of more than 500 people gathered in very close proximity. Video of the event shot by Telemundo reporter Carlos Trejo shows people having a grand old time singing, dancing and drinking as live music plays.

"This really concerns us because such an event is a violation of the governor's orders on having these type of mass gatherings because of COVID-19," said the chief. "The majority were not wearing any masks."

The event took place at an arena called Lienzo Charro El Zarape, also known as Plaza de Toros El Zarape on Garzoli Avenue in Delano. Tax records show the property belongs to Olimpo Gonzalez Jr. According to the police chief, Gonzalez pleaded ignorance, claiming he was unaware that such events are not currently permitted, something Nevarez said he finds a little difficult to believe unless you're living under a rock.

"I've always taken the position that it's important to inform and educate the community about stopping the spread of COVID," said Nevarez. "But this started in March and the time for educating is over and if there's violations like this then we have to take more serious measures."

Not only did Gonzalez not have a permit for the dance, his business license was also expired, and the liquor license from ABC was listed as "non-operable," said the chief. Nevarez will pursue administrative action against Gonzalez as well as bring the matter to the attention of Kern County Public Health Services.

Nevarez explained to Gonzalez that he couldn't have these kinds of mass gatherings right now, to which Gonzalez reportedly replied that he was having another dance coming up in a couple of weeks. "He said, 'You mean I can't have it?'" Efforts to reach Gonzalez for comment were unsuccessful and my calls were not returned.

Hey, look, I get it that everyone is fed up with being indoors for so long wanting somewhere to go to release that stress and boredom, and I like a good cumbia as much as anyone else. But having 500 souls congregating in such close proximity — with no protections whatsoever — sounds like a recipe to continue spreading COVID, don't you think?

Shortly after we had this story on Telemundo, viewers started forwarding snapshots of postings on social media advertising other mass events in and around Bakersfield. Some of the events advertise numerous bands, but do not list the location where they will take place. Instead, it says to check back the day before the event and the location will be given. Others advertise stating masks are required to enter and occupancy is limited.

I brought up the subject during the weekly press briefing held by Kern County Public Health Services officials on all things COVID-related in Kern County. I asked our public stewards what action, if any, is taken once they find out about an event such as the one in Delano.

"We made contact with the event organizer and property owner to inform them that their event did violate the governor's orders," said Public Health Assistant Director Brynn Carrigan.

"We would refer that particular event to the state strike team who is in charge," said Kern County Chief Administrative Officer Ryan Alsop. "The state is calling the shots and laid down directives for all counties to follow throughout the state."

The issue caught the attention of the recently formed Kern County Latino COVID-19 Task Force organized by local community leaders to address the fact that a disproportionate number of Kern’s positive tests — and COVID related deaths — are Latino.

"The way we're going to save lives is if we follow the governor's guidelines and if we stop having these big gatherings, even the small backyard ones," said Jay Tamsi, co-founder of the task force. "If we were to come in contact with someone that was having some sort of large gathering, we could take it upon ourselves to talk to them or to educate them."

Meet me in Wuhan

Ah, but not everyone thinks cracking down on non-essential large gatherings is a good idea. A caller who identified herself only as "a citizen of Kern County" and said to have worked in public health left a message on my work phone. She didn't like the questions I had posed to Kern County Public Health Services people.

"I really don't understand what kind of country you want to live in when we're turning in everybody for arrest or prosecution for having events," said the mystery caller. Then she let me in on something. "People are having events, limousines are being used. I've talked to limo drivers, they say they've been busy this whole time."

Where could they be going? Maybe taking Dodger fans to see the World Series at Dodger Stadium? Her voice rising, she concluded by saying, "Why don't you go to China? Cause they will control you, they will lock you up. Maybe that's what you would like."

What I'd like is for people to chill out, have some common sense and work together toward controlling this virus that has taken a countless number of lives.