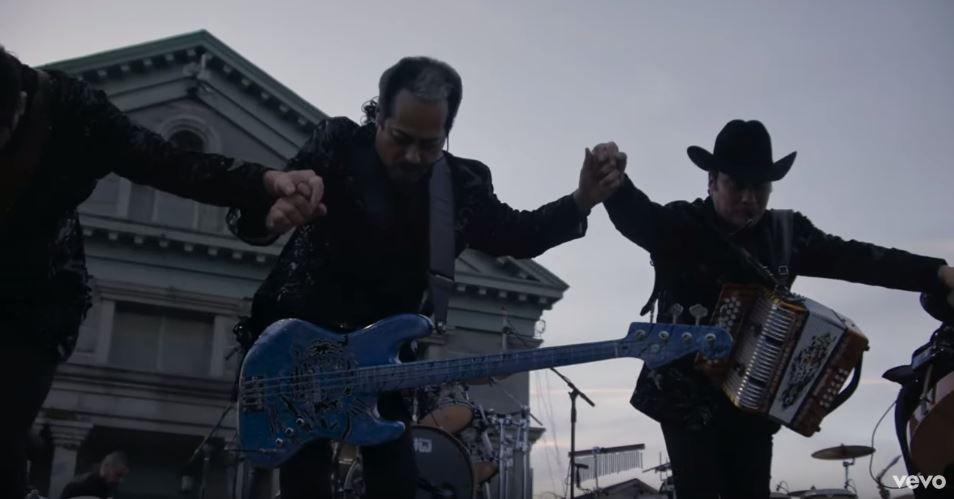 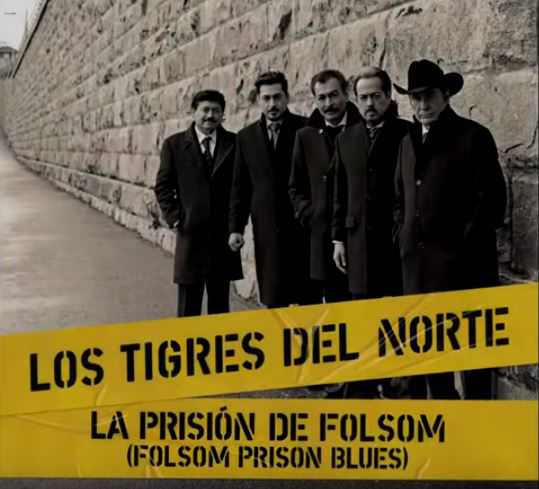 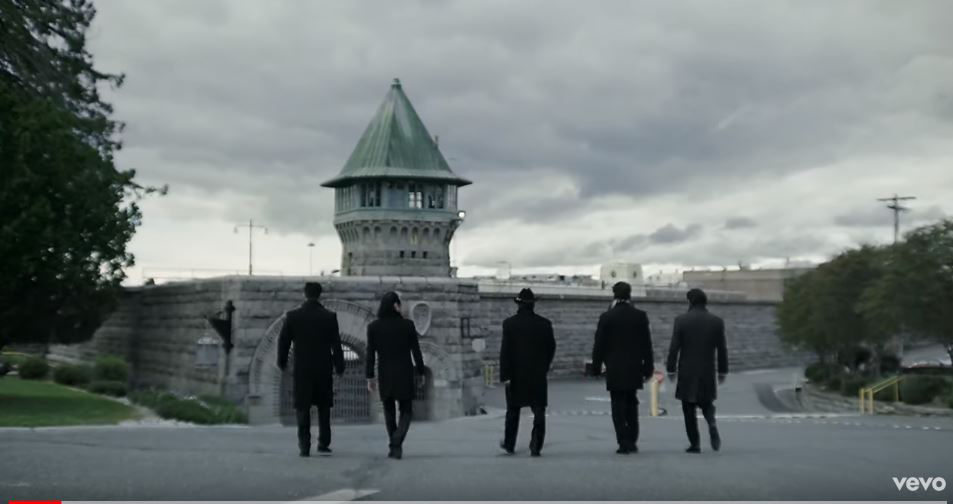 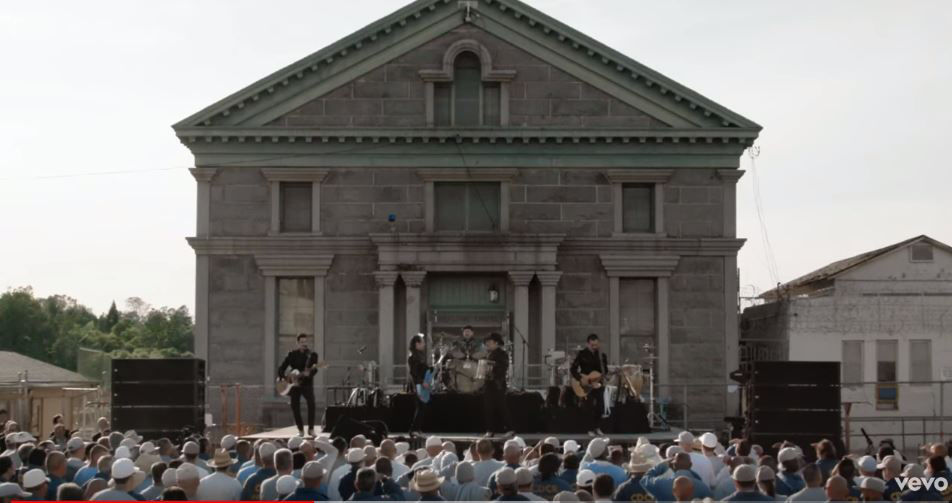 The crowd gathers for the concent that became the documentary, "Los Tigres del Norte at Folsom Prison," featuring the famed Mexican norteño legends.

The crowd gathers for the concent that became the documentary, "Los Tigres del Norte at Folsom Prison," featuring the famed Mexican norteño legends.

The first time the four Hernandez brothers and their cousin from a northern Mexican ranching family crossed the U.S. border into California was in 1968.

They were but mere boys in their teens.

They quickly landed in prison. But it's not what you might think; they weren't guests of the state in the traditional sense. The aspiring norteño musicians were invited to play at Soledad to entertain the prisoners.

Fast forward 50 years: Now the Mexican norteño legends known as Los Tigres del Norte, with the help of their Bakersfield-based manager, have wound up in prison a second time. This time, however, it's Folsom, where they recorded an emotional and moving documentary titled, "Los Tigres del Norte at Folsom Prison" and a soundtrack album. The concert, performed for inmates including a Bakersfield woman, was just released this month on Netflix in honor of Hispanic Heritage month.

If you think the title has a familiar ring to it, you're right. One song on the album translates to this: "When I was just a baby, my mama told me, 'Son always be a good boy, don't ever play with guns. But I shot a man in Reno just to watch him die. When I hear that whistle blowin' I hang my head and cry."

That, of course, is the Johnny Cash classic, "Folsom Prison Blues" which the man in black recorded live at Folsom Prison in 1968, the same year that young norteño band came to the U.S., and also played at a prison. The Los Tigres version represents the first time "Folsom Prison Blues" has been recorded in Spanish — in this case, with a little help from Ana Cristina Cash, Johnny's daughter-in-law. Of Puerto Rican descent, her first language was Spanish.

The Cash family gave their blessing to the ambitious project.

According to Los Tigres del Norte, "Johnny Cash — his music and his humanity — is the inspiration for our new documentary. Like us, he sings about the lost, the forgotten, and the powerless ... Like us, he wanted to shine a light on issues of incarceration."

The film works well because it weaves the personal stories of the men and women locked up. We hear them tell about the circumstances that landed them in prison and the feeling of hopelessness and despair. Yet in a way, at the same time, it is inspiring as they fight to change for the better.

"Each one told their story in a very direct way; they don't blame anyone else for ending up in prison," said Alfonso de Alba, the group's manager — a Bakersfield-based promoter who was there for the filming. "They all accept responsibility for what they did and know they have to pay for their actions."

The words from inmate Aristeo Alvarado are haunting; he was locked up for killing another man in a fight.

"Taking justice into your own hands takes you to a dark place that's not easy to get out of," said Alvarado.

Another inmate, a young woman from Bakersfield named Crystal de Leon, tells how her father abandoned her family when she was a little girl. She was raised by a mother who drank too much and eventually wound up locked up. Crystal went from foster home to foster home and ran with a tough crowd. "My mom was in prison, I had nobody," she says on camera. "Weapons, drugs, gangs. ... I started selling drugs and they locked me up in here." She got a sentence of seven years and four months.

As she discloses her story, Los Tigres play in the background. And then, at a key point in the interview, fitting lyrics from one of their songs come up. "It's not enough to say I'm a parent, you've got to know how to be one," say the lyrics to "¿En Qué Fallé?," or "In What Did I Fail?," which tells the story of parents who through either working too much or simply not paying enough interest in their children come to the realization they were not there to discipline, guide and love their children.

Angie Medin, sentenced to 10 years for involuntary attempted manslaughter, a tells a similar tale. "If I hadn't gotten addicted to drugs, none of this would've happened," she explains on camera. She draws strength from one of the songs the band plays at Folsom, "Mi Sangre Prisionera," or "My Blood Imprisoned. "I've had to focus on learning from my experience," says Medina. "If I had my lowest point, that just means it's time to lift myself up."

A "lifer" named Manuel laments the actions that not only cost him his freedom but deeply hurt his family. He used to carry a weapon but never thought he'd use it. Until he did — and he killed someone. "My father is a very correct man and now that I'm a prisoner he visits me and says, 'You see? I told you that you would were going to end up like this,'" says the 51-year-old.

"I killed not only my own dreams, I killed my siblings' dreams and my father's."

The iconic band has a repertoire unlike any other norteño group. As storytellers, they are not afraid to sing and record searing lyrics about corrupt politics or the simple daily lives and challenges of everyday folk. And, of course, they champion the undocumented immigrant whether that person lives in the U.S, Mexico or any other country.

In 2010, the band, whose members have lived in San Jose since 1968 and are all U.S. citizens, joined in a massive boycott of Arizona in response to the Support Our Law Enforcement and Safe Neighborhoods Act which authorized local police to act as federal immigration agents and arrest people the cops suspect of lacking documentation.

Then there's "Era Diferente" or "She Was Different." The 2014 song tells the story of a lesbian teenager who falls in love with her best friend. That's unheard of in norteño music, where you're more apt to hear about macho exploits.

Fifty years ago Johnny Cash played to a mostly white group of men. The new generation of bilingual inmates at Folsom prison today have Johnny to thank for inspiring Los Tigres del Norte to do the same for them.

Just short of completing the documentary, Angie Medina was released from Folsom and immediately deported to Mexico. Though she once had protected status from deportation under the Deferred Action for Childhood Arrivals, she lost that protection when she was convicted of a felony.

In the depressing environment of a prison, many of these inmates somehow retain a glimmer of hope.

Crystal de Leon has a short time remaining on her sentence. She's learned some skills, such as fork lift operator, and she knows how to perform CPR. In fact, she has numerous certificates from the programs she has completed at Folsom. "Los Tigres del Norte were from Mexico and they came here and kept moving forward," said de Leon. "They didn't stop fighting for what they wanted. That's how I feel."