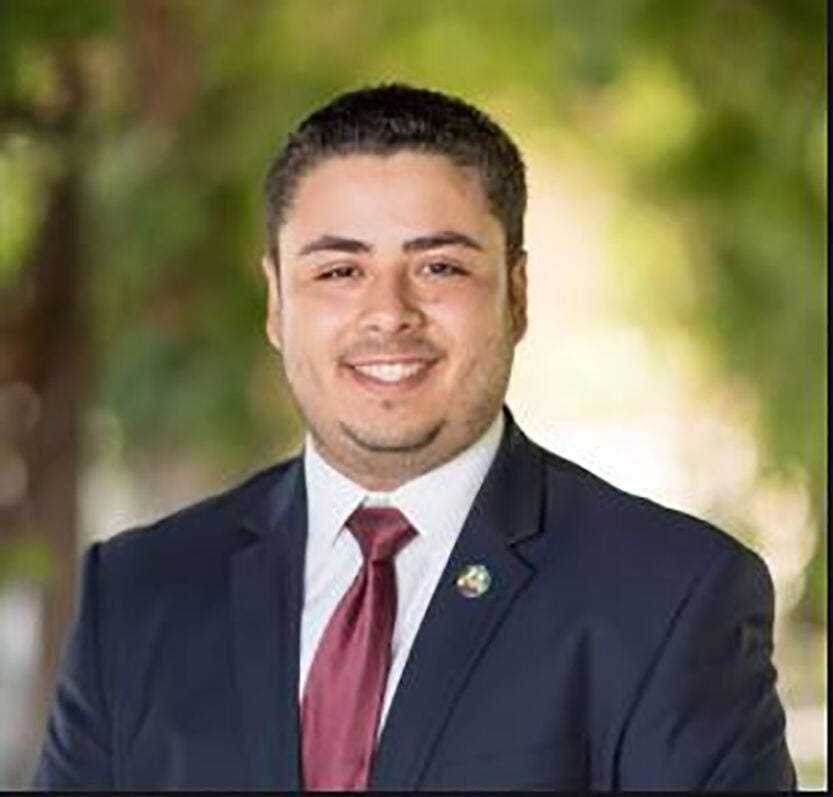 Jose Gurrola is the mayor of Arvin. 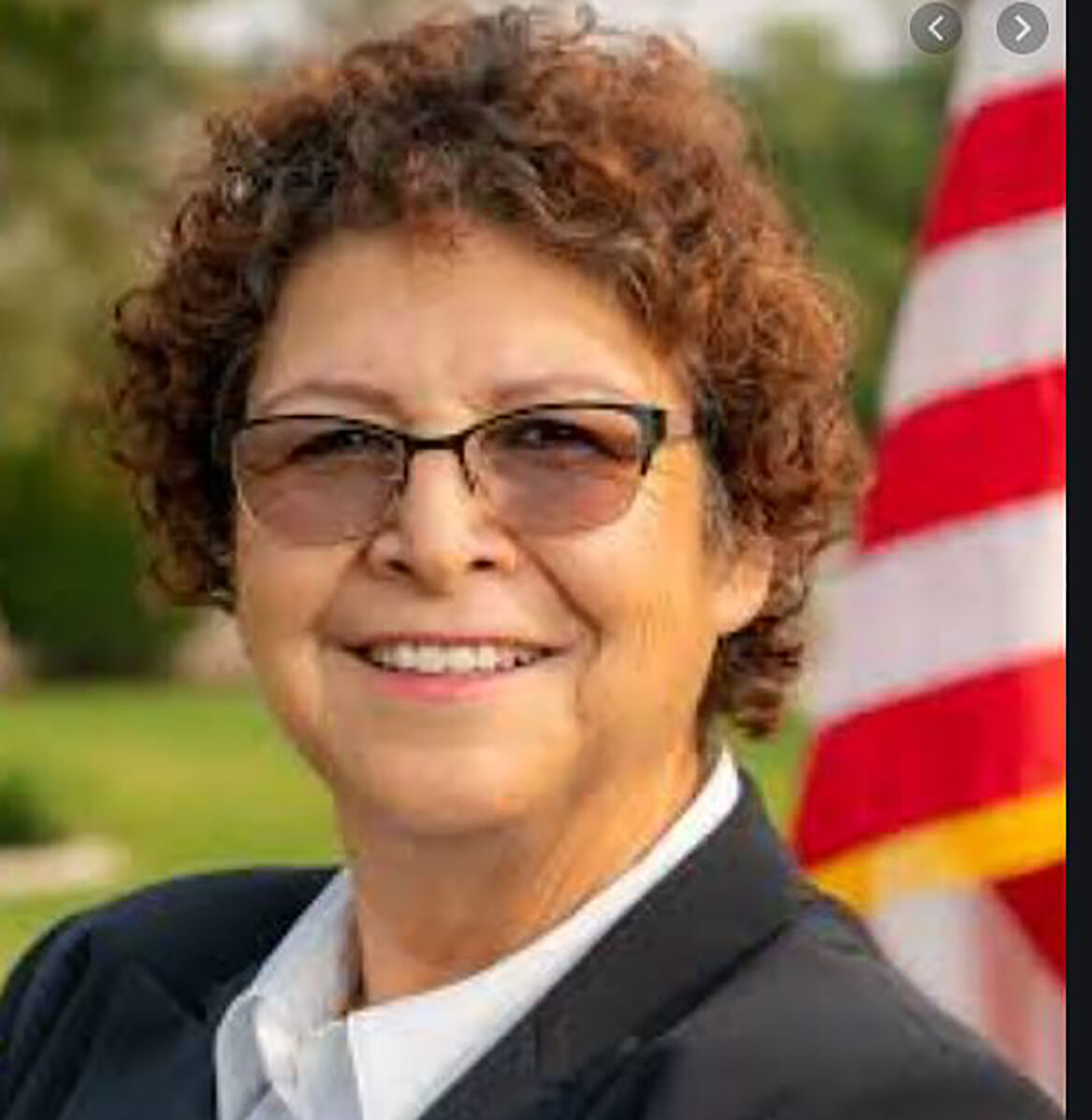 Olivia Trujillo is an Arvin councilwoman who is running for mayor.

Jose Gurrola is the mayor of Arvin.

Olivia Trujillo is an Arvin councilwoman who is running for mayor.

One of the more interesting local races in Kern County is to see who will be the next mayor of Arvin. It may not be a booming metropolis, but this city of around 21,000 has made some big noise and the powerful oil industry has taken notice when the City Council adopted an ordinance restricting drilling to be 300 feet away from its city limits. More on that in a bit.

In a recent debate, which I had the opportunity to moderate with my colleague Perla Sheheen from KGET-TV 17, candidates Jose Gurrola, the incumbent, and challenger Olivia Trujillo, who currently serves on the City Council, shared how they would lead Kern County's fifth largest city. It also gave me a chance to ask them about ex-police chief Scot Kimble. You remember Kimble, who wound up pleading no contest to falsifying documents while he was police chief in McFarland?

The same Kimble who had a checkered past during his tenure with the city of Banning? Yeah, that guy.

How in the world could Gurrola and Trujillo have given their blessing to hire this guy, I wanted to know.

"We made a decision based on what background investigators had told us that Mr. Kimble was able to serve as chief of police," Gurrola said. "We knew he had respect from his peers."

What's puzzling to me about that answer is that somehow those "background investigators" apparently never inquired about why Kimble left his job in McFarland. Trujillo said that when Kimble applied for the job in Arvin, she was very impressed by a "thick binder" Kimble presented that contained glowing accolades and his years of service with other police agencies.

"It didn't dawn on me to look into any of that stuff," Trujillo said. "I was new to the City Council then and didn't have a clue."

Truth be told, neither candidate had a clue about Kimble and admitted they just took the word of City Manager Jerry Breckinridge, who recommended Kimble as their top man. Both candidates promised to be more diligent in the future in finding out more information about the next person they hire as their top cop.

Arvin has a large Spanish-speaking only population, highlighting the need for bilingual officers. Gurrola's plan is to have the city grow its own cops through the Police Explorer Program and having the city pay for candidates to attend the police academy. It's an idea other cities, such as McFarland, are also trying out.

Trujillo agrees more bilingual officers are needed, but questions where the city is going to get the funding to pay for candidates to attend the academy. Further, she claims morale in the Arvin Police Department is low, and touted that she's the one who has the support of officers. Her answer for getting more bilingual officers, she said, is by concentrating on generating more revenue by attracting more businesses to the city.

Another issue facing the city is how to get its residents to stop having large social gatherings. Families celebrating whatever and not wearing a mask. Recipe for COVID-19 spread. Arvin, of course, is not alone in this regard; just visit Hart Park on a weekend and you'll see what I mean. In May, the City Council approved an ordinance requiring all city employees along with people at local businesses to wear masks while working. Even so, not all are complying.

"We have to educate the community," said Gurrola.

But what enforcement? "We don't have the money to enforce this," said Trujillo, noting the city lacks the funding to hire a full-time officer to enforce the law.

On to the topic of whether the city is complying with a proposition voters approved in 2008 called Measure L. The one-cent sales tax increase was promoted as being needed to fix streets, improve parks as well as for public safety. But some claim the city is spending the money on other things rather than its intended purposes.

"The money has not been spent on street maintenance as it was supposed to have been done," Trujillo said. "The streets have been abandoned, it's a pot hole city." The Arvin Chamber of Commerce agrees with Trujillo. In a letter to the city, the chamber claims only a minimal amount of money has been used for road repairs. Not true, shot back Gurrola.

"Measure L was a general tax, so it can be spent on anything," he said. Further, the incumbent mayor said most of the money raised under this measure is used to pay for the city's contract for fire protection with the Kern County Fire Department. And, said Gurrola, a member of the Arvin Chamber of Commerce is Trujillo's campaign manager. "Maybe that's why the chamber is saying that the money is misspent," said Gurrola.

There was agreement on some issues. Both agree that the city should continue to support the marijuana and hemp industry as it could bring much-needed revenue to the city. But it's also personal for Trujillo.

"I am a cancer survivor. I need cannabis sometimes for pain, OK?" she said. "I need to travel to Bakersfield for the (medical marijuana) dispensaries."

Now for more on that oil issue. Both candidates agree on weaning the county off the use of fossil fuels and support the governor's executive order to ban the sale of new cars that rely on gasoline by the year 2035. Oil, of course, is holy in Kern County and the industry has considerable political clout, which is why the vast majority of local politicos don't dare raise a voice against it. Except Jose Gurrola. He makes no apologies about it, having spearheaded an ordinance in 2018 that prohibits new oil and gas wells within 300 feet of residential and commercially zoned areas.

"We need to support the creation of renewable green energy jobs," Gurrola said.

Both candidates are life-long Arvin residents who appear to want the best for their city. Come Nov. 3, voters will choose one.