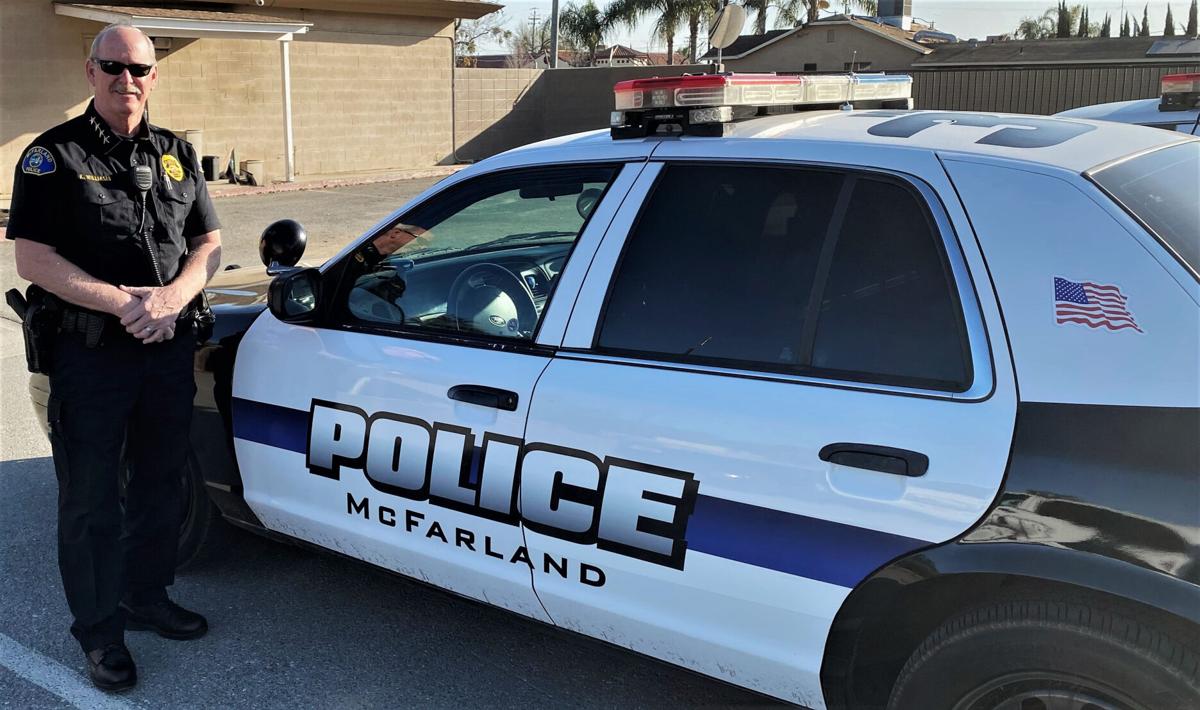 Kenny Willilams is chief of the McFarland Police Department. 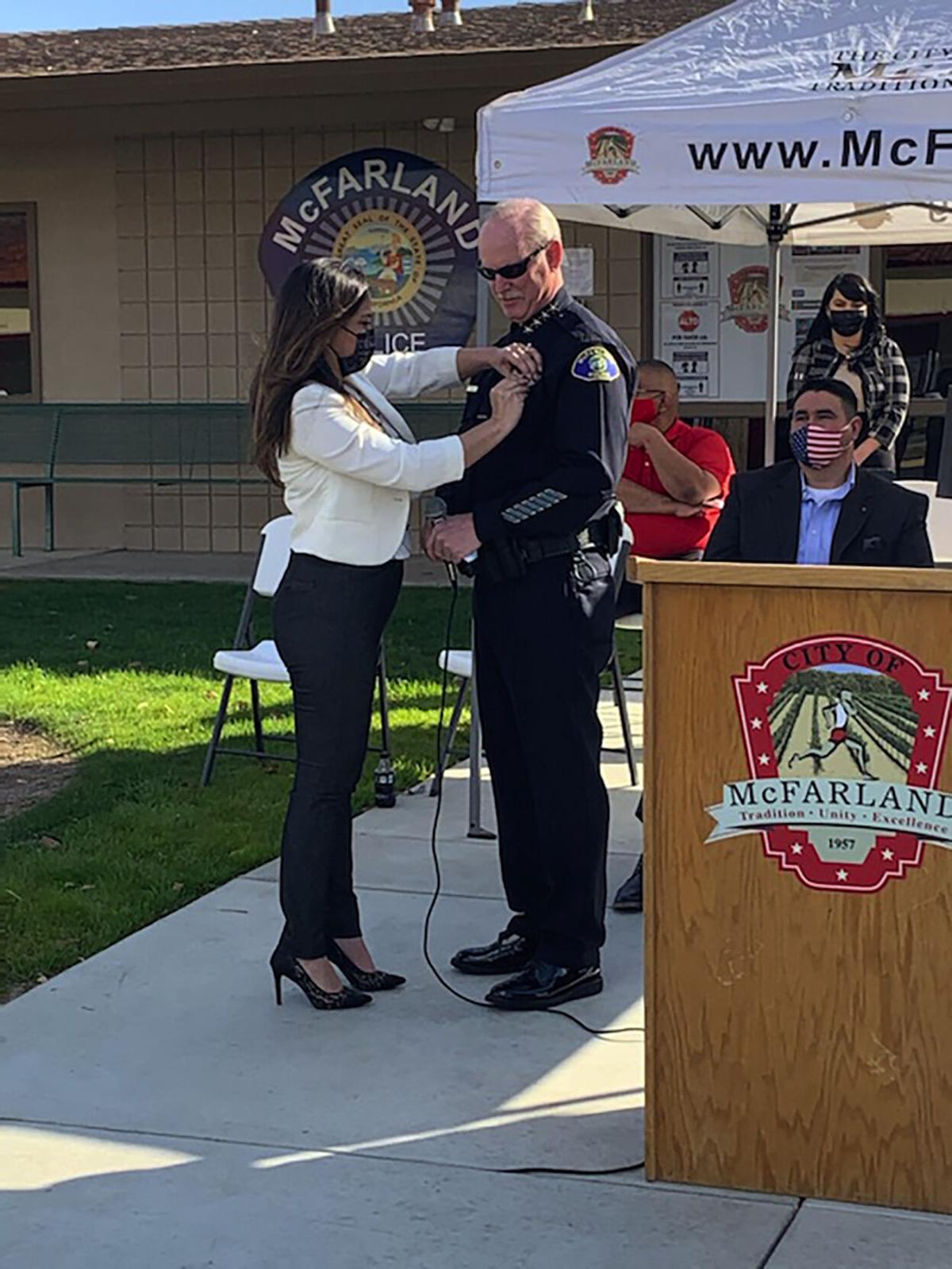 Laura Garcia Williams pins a police badge on her husband, Kenny Williams, at his swearing-in ceremony Feb. 17 in front of McFarland City Hall. 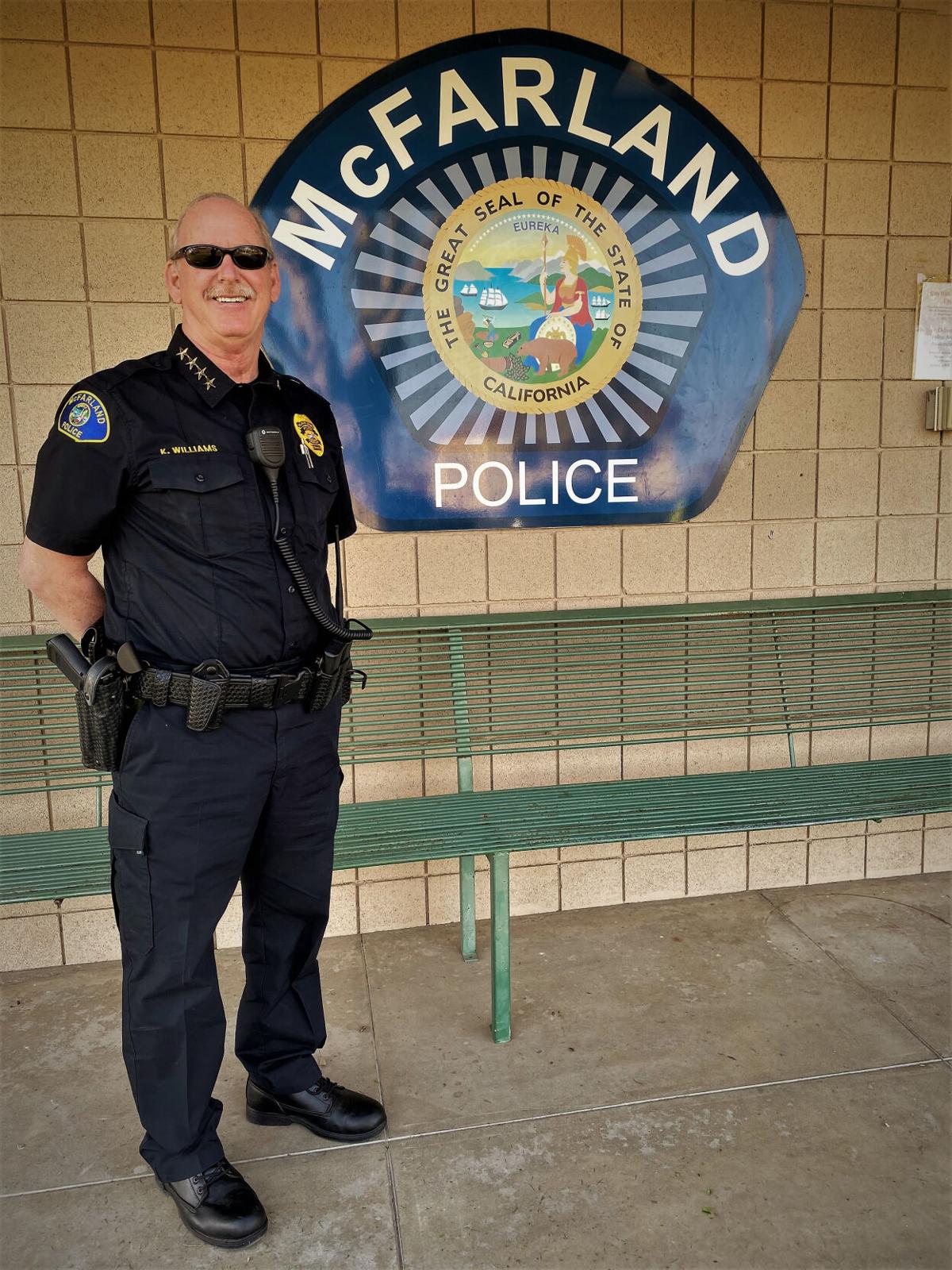 Kenny Williams is the new chief of the McFarland Police Department.

Kenny Willilams is chief of the McFarland Police Department.

Laura Garcia Williams pins a police badge on her husband, Kenny Williams, at his swearing-in ceremony Feb. 17 in front of McFarland City Hall.

Kenny Williams is the new chief of the McFarland Police Department.

Former McFarland mayor Manual Cantu doesn't personally know Kenny Williams, the city's new police chief who was hired last month. But Cantu hopes Williams will be the one who can establish a credible police force in this farm worker community.

"I just pray that this is the right guy," said Cantu.

Williams is Bakersfield born and raised and worked for the Kern County Sheriff's Office for 29 years, retiring as commander. Then he worked nine years at Cal State Bakersfield's police department until 2011, having reached the rank of lieutenant.

Williams will need his vast experience as he now tries to build a solid organization that's trying to overcome a tarnished reputation. In brief, the city restarted its police department in 2009, but never got off on the right foot. In 2011, I wrote here about how the department hired a load of dishonest cops who were either fired or forced to resign from other law enforcement agencies.

How in the world these bad apples ever got hired in McFarland is still baffling. Its last permanent chief, Scot Kimble, wound up getting convicted last year when he misappropriated city funds to pay another officer to remodel Kimble's home in Bakersfield. Another past chief, Greg Herrington, resigned but later had his own brushes with the law after leaving McFarland.

Given all this, why would Williams want this job?

"A lot of people have asked me that question," Williams said. He met with McFarland City Council members and liked what they said about having someone come in to uphold the department to the highest standards. "I thought this was the perfect place for me to come in and help them get where they need to be."

He has a multifaceted plan, starting with the hiring process, making sure to ask the right questions and doing a thorough background check to weed out bad candidates. But that's only the beginning.

"The show's not done just by hiring clean candidates. We have to make sure they are successful officers with proper training so they maintain that constant integrity and ethics throughout their career," the new chief said. Another key area for Williams is establishing an appropriate police culture, setting standards on how officers need to behave and communicate.

Most importantly, said Williams, "I have to make sure we are being transparent."

"I don't want the community so see the officers just as the guys with the guns, but rather as someone who they want to have a relationship with," said Cantu.

That's a good point, as McFarland is a town of around 15,000 with a large number of residents whose first language is not English and may have a hard time communicating with police. Or some may be hesitant to report being victims of a crime because they are undocumented and afraid of being turned over to immigration authorities.

On that note, Williams said officers will never ask residents about their immigration status. "That's not what we're about," he said.

Williams agrees with Cantu about having good interaction with the community, making sure the voice of the people doesn't fall on deaf ears.

"Those people are the best people that know what the problems are and probably what some of the solutions are in their community," said Williams, adding that officers need to treat individuals with dignity and mutual respect.

While the new chief speaks enthusiastically about his plans, there's no doubt there are challenges. The department has a total of 16 sworn positions including the chief, a deputy chief, four sergeants and 10 patrol officers. But it isn't fully staffed and McFarland can't compete with other agencies that pay more with better benefits. The city did obtain a grant which will bolster officer pay, which starts at around $22 an hour.

Another key point is making an effort to hire bilingual personnel, especially dispatchers, by providing a stipend. Williams past experience as a senior deputy in Lamont should come in handy at his new site, which has demographic similarities with McFarland.

Williams does not shy away from the department's past woes. He gives the impression he wants it to be a lesson so the department, the city and community as a whole can move forward.

"I think it's important that we don't forget the past," he said. "If we do, we're prone to repeat that."