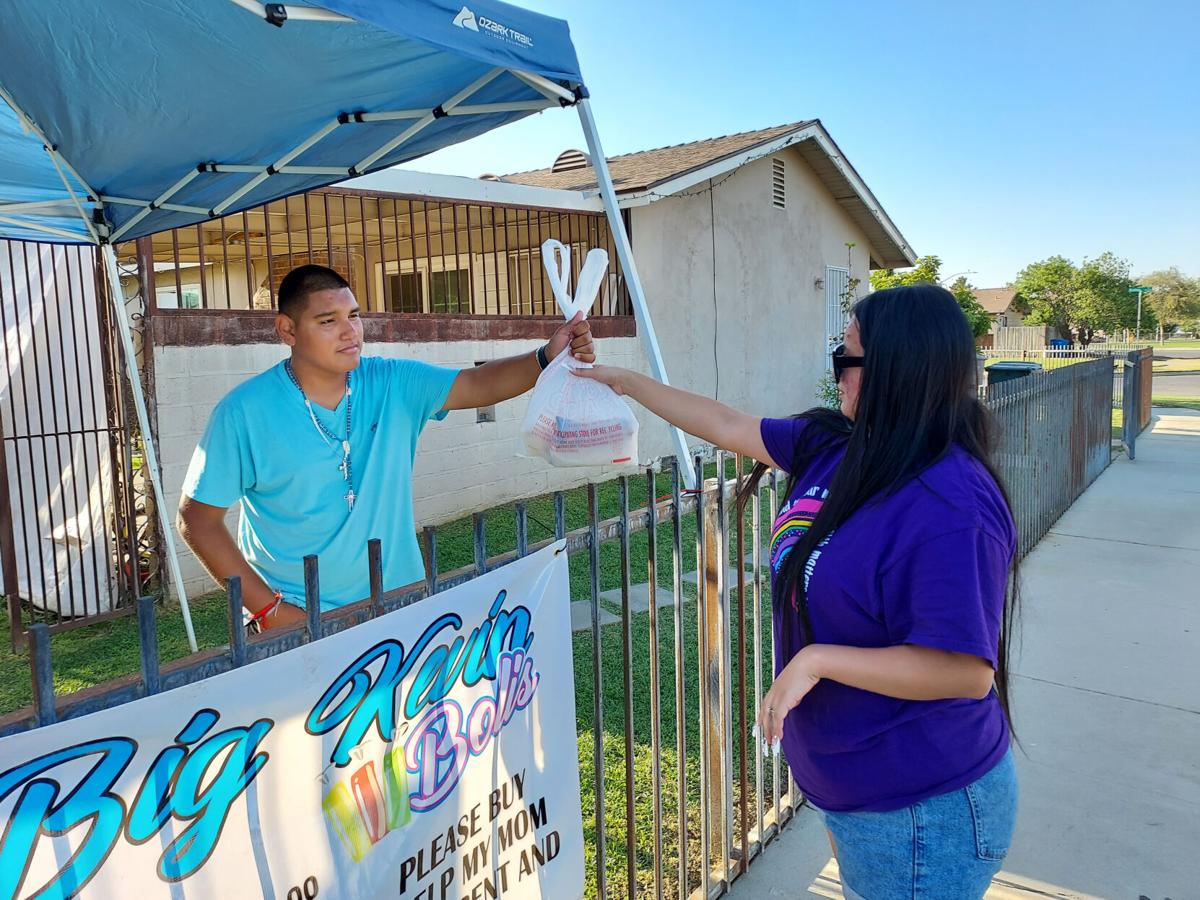 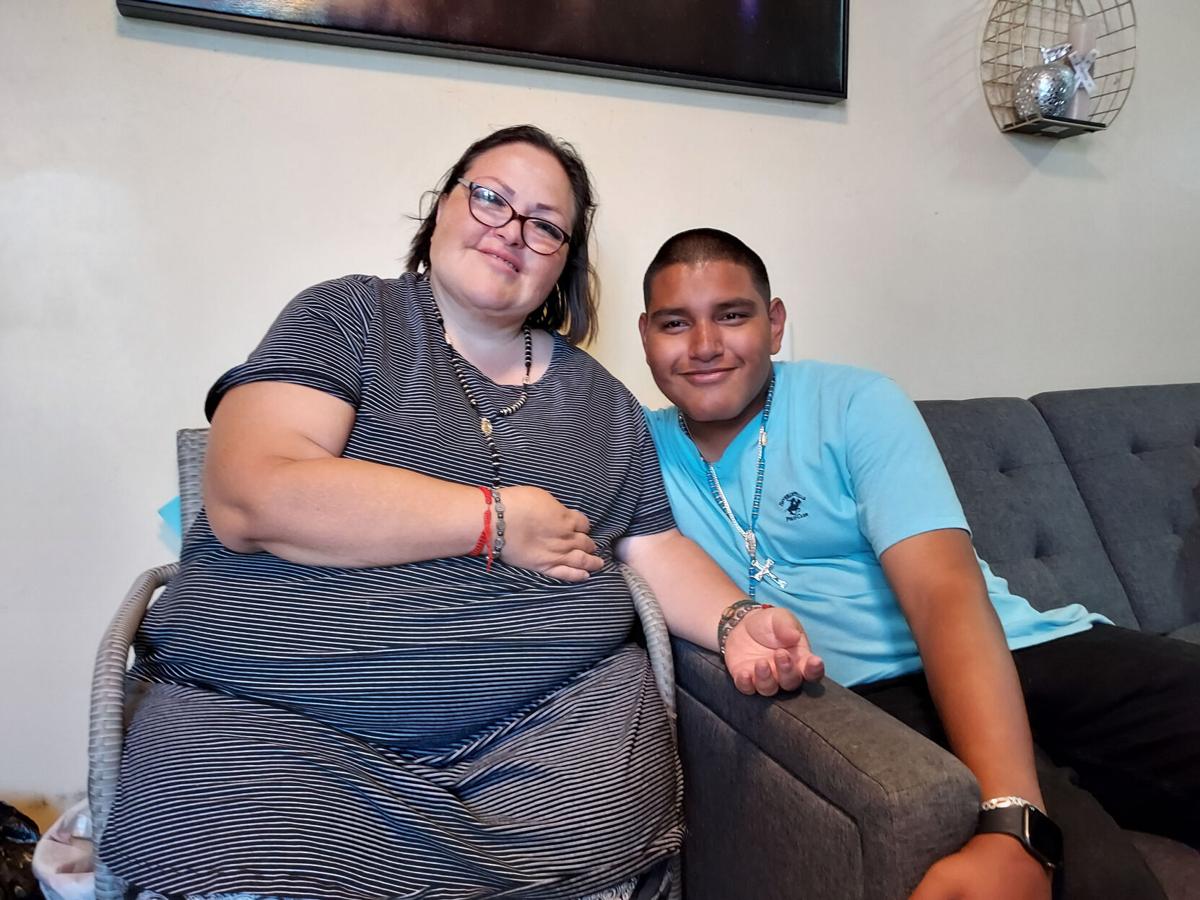 Maria and Kevin Esparza at home. "He's my everything," said Maria Esparza. 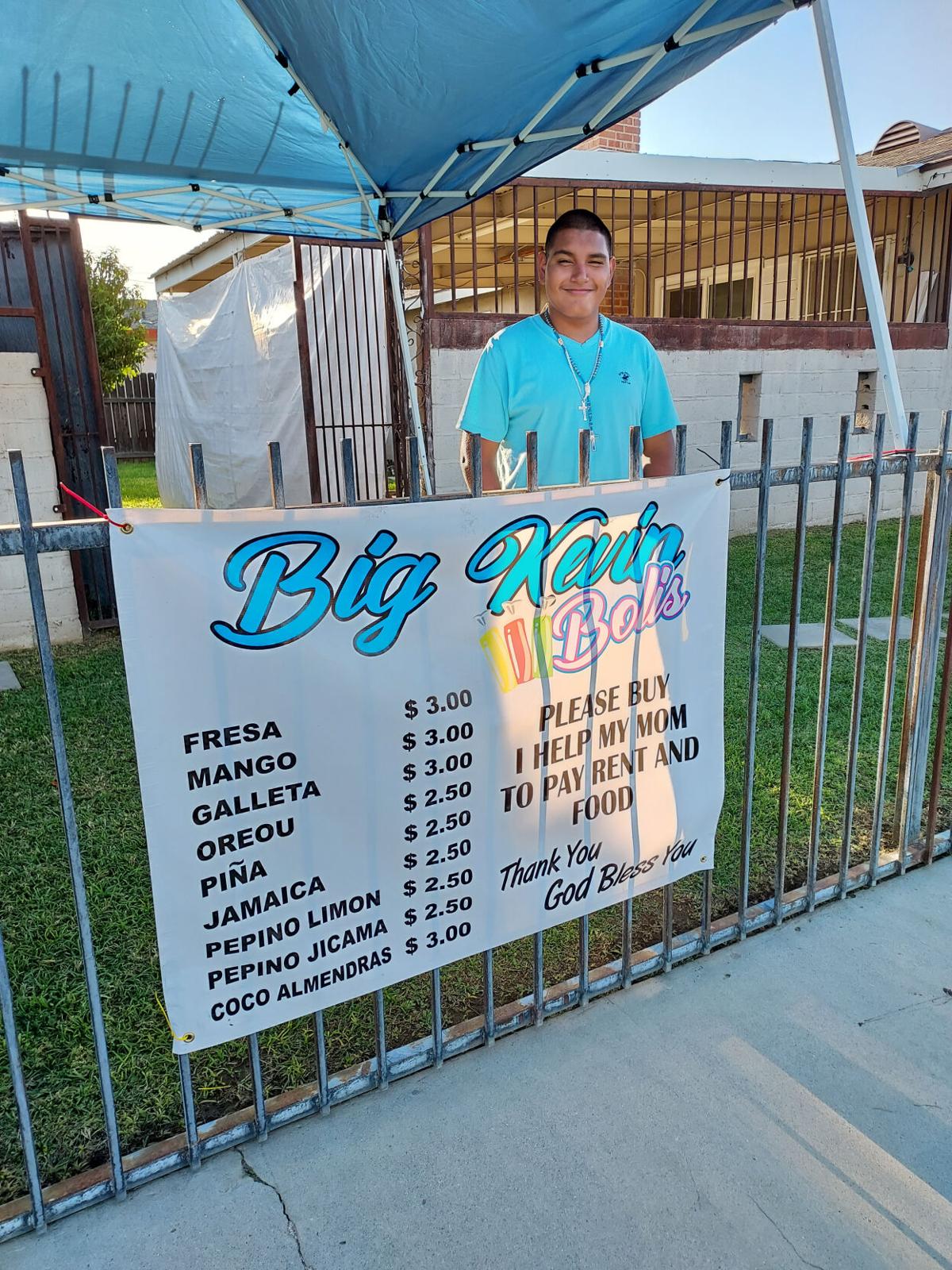 Maria and Kevin Esparza at home. "He's my everything," said Maria Esparza.

South High School sophomore Kevin Esparza plans to go to Bakersfield College and then Harvard University after graduating. But he has more pressing matters at the moment. He first wants to buy his disabled mom a house and a vehicle that will accommodate her wheelchair so she can make her doctor appointments.

Not being rich, Kevin came up with a plan over the summer to help raise some money and get his savings started. With $20 to his name, he became an entrepreneur by making and selling "bolis," which are essentially flavored frozen-like popsicles in a plastic bag but without a stick.

He started out the way most really small small businesses do, with a handwritten cardboard sign he posted on the fence in front of his house advertising his product. He started out with just one flavor, pepino limón, or cucumber lemon. During summer vacation, he would spend most of the day trying to sell his product to anyone who would pass by his house on Sandra Street. Once school started, Kevin started selling as soon as he gets out for the day from 3 to 8 p.m. and does homework in between sales.

Kevin and his mother, Maria Esparza, moved into their present home about a year ago, but even though it's just the two of them, their small one-bedroom unit makes it hard for Maria to get around in her wheelchair. Adding to the burden is that she suffers from multiple medical conditions including diabetes, arthritis and depression.

"It makes me sad seeing my mom in a wheelchair and she can't really do anything," her son said. "So I said to myself, 'I have to do something,'"

So the 14-year-old son takes her everywhere she needs to go. And does much more.

"He helps bathe me, change me, combs my hair and is always standing by if I should need something," said his mother, Maria. "He gets up early and cleans the house, does dishes and then goes to school. He never, ever complains."

Kevin's business started slowly. However, there were days when he wouldn't make a single sale. It wasn't until one customer happened to catch his sign, took a picture of Kevin and posted it on his Facebook page that things picked up.

"That posting must have touched the hearts of a lot of people and they started coming to buy some bolis," the 14-year-old said.

The day I visited Kevin there were a couple of customers waiting for Kevin to come out of his house with their order. How often do they come, and why buy from this young man?

"I first learned about it on Instagram and I thought it was like a really good thing that he was doing," said Delilah Cepeda. "I'd rather help them out then go to a store," she said. Another customer, Rafaela Zapata, came by upon learning of the effort.

But Kevin has his own medical issues. He says he has a difficult time remembering things, especially short term. His mom had a difficult pregnancy and Kevin was born premature at just five months. "I was able to hold him in the palm of my hand," recalls Maria. His father has never been in the picture.

Despite life's challenges, somehow Kevin managed to graduate at the top of his class from Standard Middle School and is now a mostly "A" student at South High with certificates he proudly shows to anyone and everyone.

His business, called "Big Kevin's Bolis," has grown to nine flavors including strawberry, mango and coco. Prices range from $2.50 to $3. Money raised goes to help pay rent and food, though Kevin's ultimate goal is to buy his mother a house and reliable transportation. A couple of businesses donated two small freezers to the young man.

As proud as she is about her son, Maria Esparza can't hide feeling guilty that she cannot provide for him the way she would like to and that he spends his time tending to her since she became progressively ill.

"I tell him, 'Ay, mi hijo, you're the one that got stuck dealing with my illnesses!' It hurts me to my soul and I ask him to forgive me because I don't have the means to give him what he deserves," she said.

This 14-year-old shows no sign of slowing down. "My mom took care of me," said Kevin. "Now it's my turn to take care of her."

Late last week things went from bad to worse. Kevin and his mom were told by the landlord they had to vacate their small unit, but were not given a date. Maria has no means to find another apartment based on her limited income nor any family to help her move. Again, things fall on her son to be the man of the house.

Kevin continues to seek help for his mom as he sells daily from 3 to 8 p.m. in front of his house on the corner of Sandra and Balboa drives.