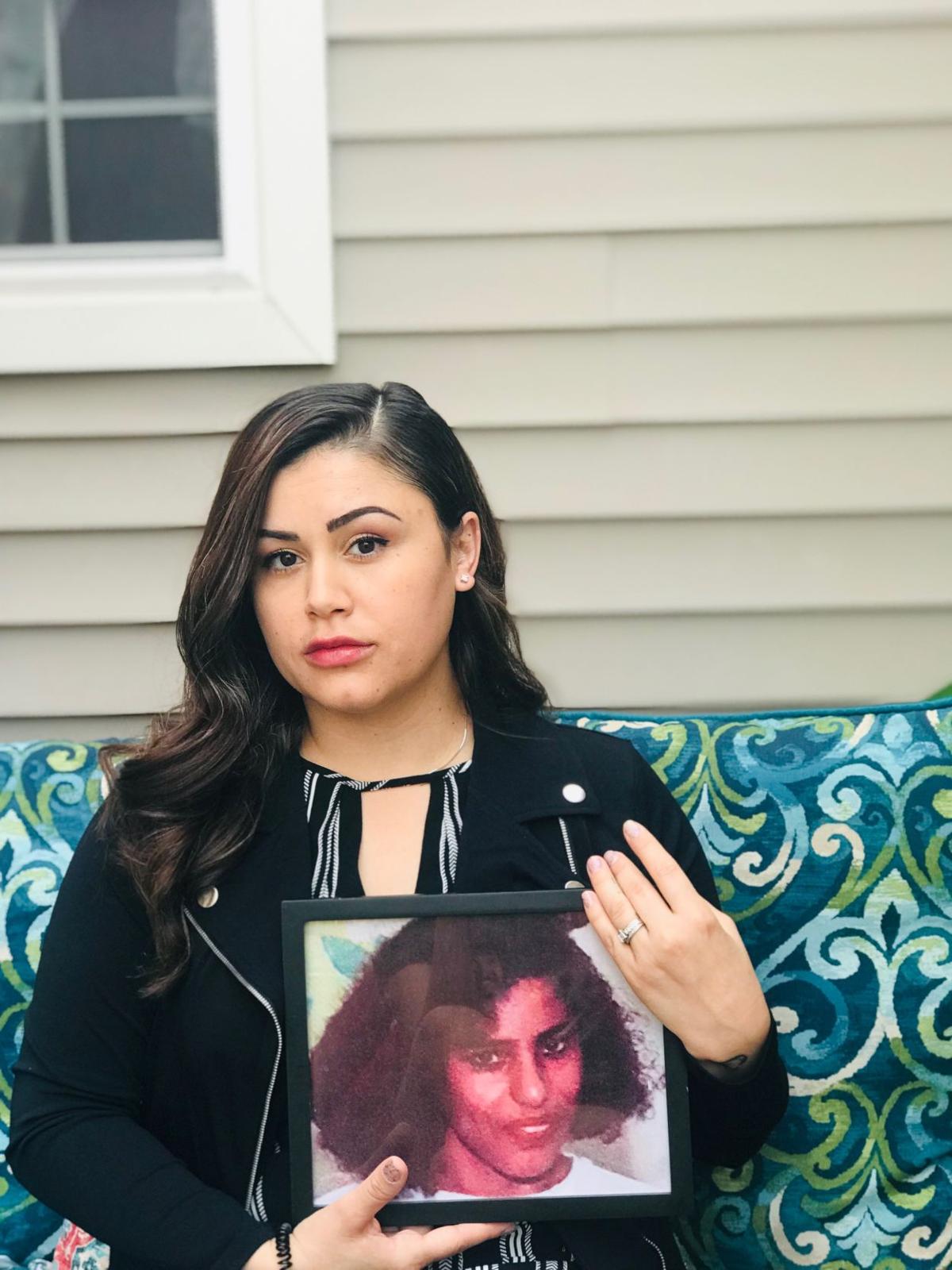 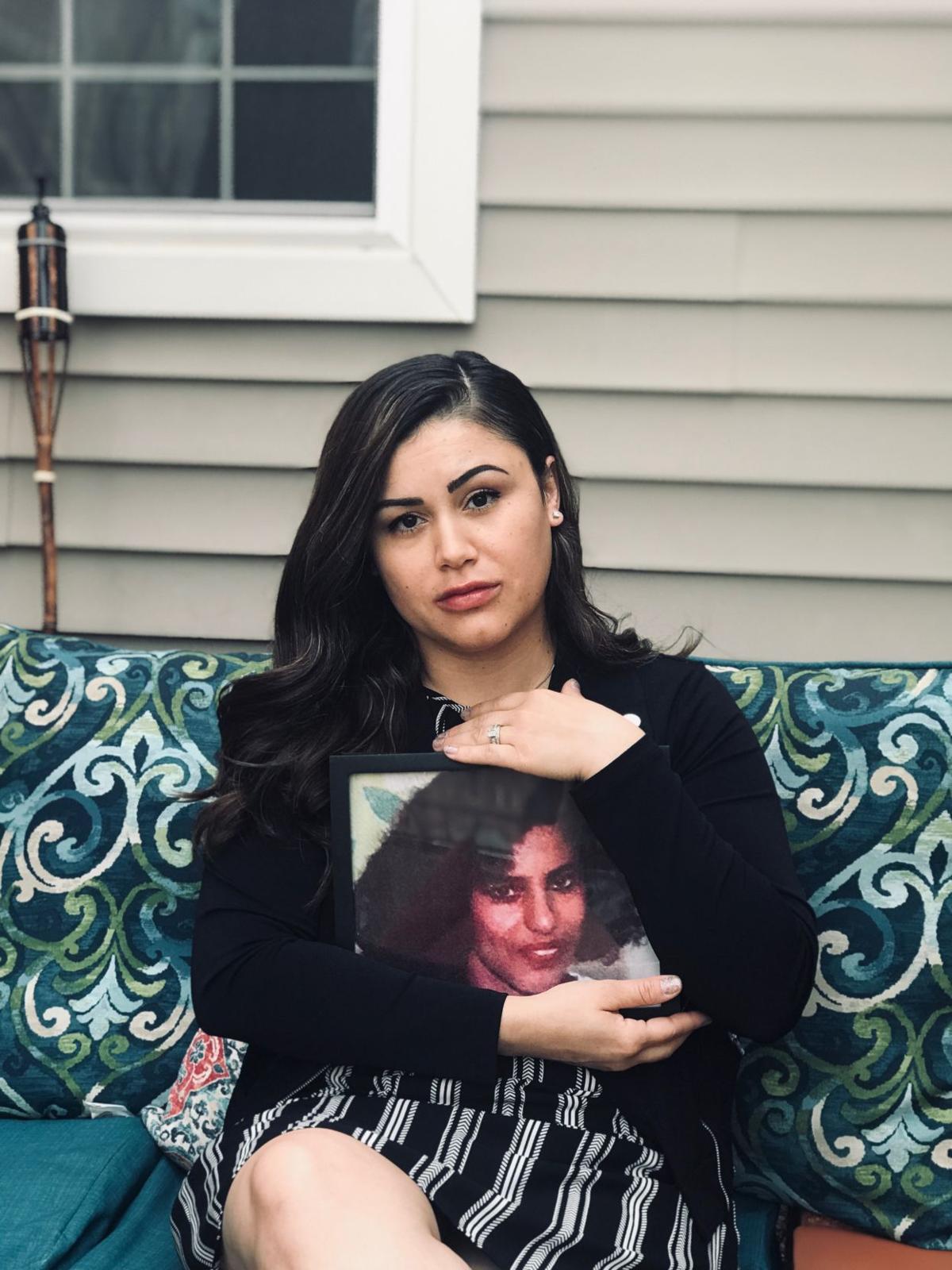 Maricza Hiannah was three years old when her 17-year-old aunt was brutally beaten, shot dead and her body hidden in an isolated area near Lost Hills. The date was Aug. 2, 1991. The victim was Maria Rodriguez, of Shafter.

The suspect was her former boyfriend, 17-year-old Offord Rollins, a star athlete at Wasco High School. He was an All-American in track and field and the state's triple jump champion who had never been in trouble with the law. He was considered to be a potential member of the U.S. Olympic track team for the world games in 1996. And what was to come out of this hotly contested murder case drew national media attention and rocked Kern County for five years.

Though Rollins was tried twice for the murder of Rodriguez, his second trial ended in a mistrial in 1996 with the jury evenly split 6-6 and Rollins has been free since then. But Hiannah is not giving up on finding justice for her aunt. The now 31-year-old Hiannah is turning to social media for help.

"It's something I always wanted to do," Hiannah said. "Use social media for social justice."

"We urge that the Kern County District Attorney's Office, consider the fault of the Kern County Sheriff's Department and demand a re-evaluation of evidence, the following of any leads that have remained untouched and the re-opening of her case," states the petition.

Hiannah is an retired U.S. Army veteran who completed a tour of duty in Afghanistan in 2012 who now lives at Fort Belvoir, Virginia, with her family. She feels so strongly about her aunt's unresolved case that she recently flew to Bakersfield specifically to attend the Crime Victims Rights march held April 9 by the district attorney's office. She's managed to get the attention of District Attorney Cynthia Zimmer about her aunt's case.

"I'm the new DA and I'm going to examine every single homicide case," Zimmer said. "Somebody shouldn't get away with murder."

Sgt. David Hubbard of the Sheriff's office confirmed he is reviewing physical evidence of the case to see if there is any DNA that might be useful in tying Rollins to the murder of Rodriguez. Back in 1991, DNA was only a dream.

This is one of those stories that sticks with you. I recall covering both trials as spectators jammed the courtroom as the drama played out before them with the prosecutor and the defense attorney aggressively putting on their best case. Kern County's black community rallied around Rollins, holding marches in front of the courthouse claiming he was railroaded. The show of support played a crucial role, as many others thought that Rollins, a clean-cut kid from Wasco could not have committed such a heinous act.

The first trial was prosecuted by Lisa Green, years before she became district attorney. Veteran defense attorney Tim Lemucchi defended Rollins. Normally, the accused are not put on the witness stand to testify, but when Lemucchi called Rollins to the witness stand, I bolted from my seat to find a pay phone and let my bosses know what was going on. My boss got a hold of a sketch artist to go to court as cameras were not allowed.

The first trial ended in Rollins being convicted in 1992. Though he was tried as an adult, Judge Len McGillivray sentenced Rollins to 29 years to life in the California Youth Authority. That meant Rollins could only serve seven years maximum because prisoners are released from the CYA when they reach 25. The surprises kept coming.

Three years later in 1995, the conviction was overturned on appeal based on juror misconduct. A second trial began in 1996 and it was deja vu all over again. This time the prosecutor was Steven Tauzer and the defense attorney was H.A. Sala.

During one heated moment in the courtroom and with the jury removed, Sala and Tauzer appeared to nearly come to blows. Cooler heads prevailed. And this time the trial ended in a hung jury with the jury evenly split. District Attorney Ed Jagels declined to go after Rollins a third time, saying that even if convicted, Rollins would be out of custody as soon as he turned 25.

There is no statute of limitations on murder and since Rollins was never acquitted, he could still be retried for Rodriguez's death. Lemucchi said he welcomes the idea.

"From my point of view, I think it would be fine because we always contended that Offord Rollins was not the assailant," Lemucchi said. "Somebody else did it."

But he wonders if sheriff's Sgt. Hubbard will find enough new evidence to warrant a second trial. "What do they have left as far as their samples are concerned? Do they have anything preserved from the coroner's office? Did they keep any blood samples?"

Rollins left the area and has moved on with a new life. The Rodriguez family still lives in Shafter. For years, Maria's mother Miriam Rodriguez kept her daughter's room the way she left it. She holds on to Maria's school work, photos and diaries in a big brown box. And she feels her presence.

"Maria tells me not to worry, that she's fine," said the mother.

Hiannah hopes that Zimmer will seriously consider reopening her aunt's case. Hiannah said she plans on visiting her aunt's grave site on Aug. 2, 29 years after the death of Maria Rodriguez.