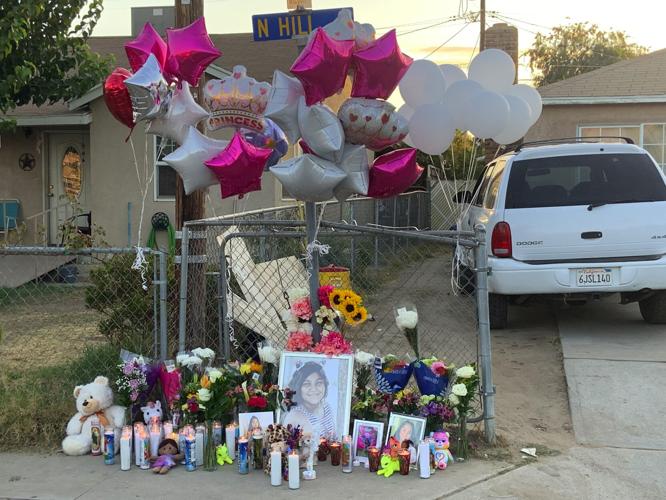 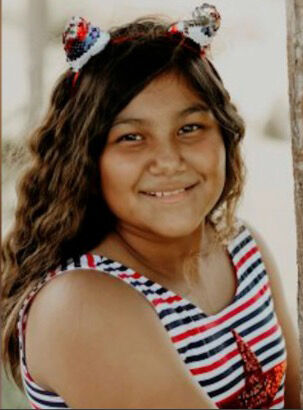 Liliana Jimenez of Arvin was a student at Grimmway Academy. 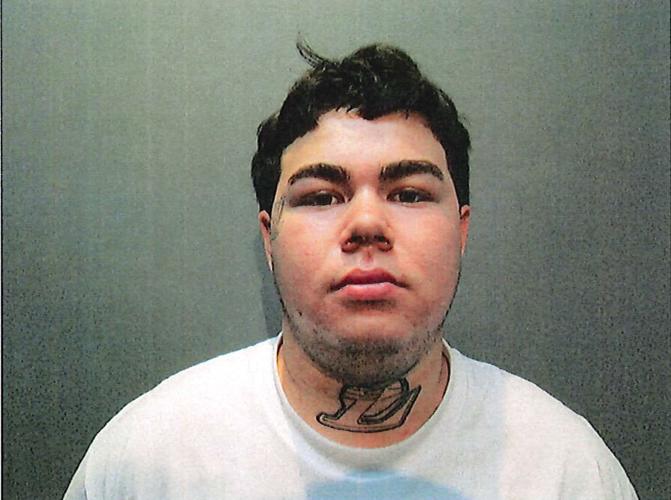 The Arvin Police Department arrested Jesus Rodriguez, an 18-year-old man wanted in connection with the shooting death of 10-year-old Liliana Jimenez of Arvin.

Liliana Jimenez of Arvin was a student at Grimmway Academy.

The Arvin Police Department arrested Jesus Rodriguez, an 18-year-old man wanted in connection with the shooting death of 10-year-old Liliana Jimenez of Arvin.

Was the murder of a 10-year-old girl a case of mistaken identity, the result of her father wearing an Atlanta Braves baseball cap? That's the theory Arvin police believe may be behind the shooting death of Liliana Jimenez, who was a student at Grimmway Academy, plus the wounding of her 12-year-old brother, Christian Jimenez, as well as her father, 28-year-old Adrian Jimenez.

The two teens suspected of the killing and shootings allegedly later posted a video gloating about shooting and killing people. These and other ominous revelations come from a report by Arvin Police Department investigators in a case that rightly drew community indignation.

It happened one Saturday night on July 17, 2021. The police report lays out this sequence of events: Liliana and Christian were visiting their dad, Adrian, and all went to a family gathering that afternoon. Sometime after 11 p.m. or so, Adrian Jimenez and his two children went home. Adrian had been drinking so his unnamed brother and his wife followed Adrian to make sure he got home safely. But when Adrian pulled into his driveway on North Hill Street, a black BMW occupied by two people pulled up next to him and someone began firing numerous shots into Adrian's 2002 Honda Accord, the police report said. His son Christian was hit and stumbled out of the car. Adrian was also hit, but apparently didn't realize it immediately.

When Officer Ruben Gonzalez arrived at the scene, he found Christian, who yelled "Help me, sir," lying on the driveway, the police report said.

His sister Liliana, however, was hit in the worst way with multiple shots to her left shoulder and one shot to the back of her head. Officer Gonzalez found her slumped and unresponsive in the front passenger seat, drenched in blood.

"She's dead huh, bro? You know she's dead! Help her!" the father said to Gonzalez at the crime scene, according to the police report. "She died in front of me."

The officer wanted to know who shot them. Nobody knew. For now.

Minutes later, there was a report of a second shooting just a few streets over on Bautista Street. It turned out Adrian's brother had witnessed the shooting while he and his wife were in their Chevy Silverado truck following Adrian home, the police report said.

"(The brother) said when he saw the suspect shooting into (Adrian's) vehicle, he got so angry at what he was witnessing that he accelerated and intentionally rammed his Silverado into the suspect's vehicle," according to the police report. The brother then chased the BMW and crashed into them a second time, hoping to disable their car and have police arrive in time to make an arrest, police reported. The BMW did in fact break down and two people got out and one of them started shooting at the Silverado truck that had been chasing them. The brother and wife turned around and sped away while the two suspects also ran away. The brother told police he did not get a look at their faces.

By trekking the route Adrian Jimenez had taken home that night, police were able to find security video from a couple of businesses that captured the moment when Jimenez and the suspects crossed paths in their respective cars. The video shows Jimenez and the suspects' car applied their brakes for one another as they approached the business's driveway at the same time, the police report said. Jimenez drove away and was eventually followed by the BMW.

"I believe at this point in time that the suspects noticed (Adrian Jimenez) and targeted him because he was wearing an Atlanta Braves hat," Officer Gonzalez wrote in his report. That particular cap has a big "A," and according to police, is often worn by Arvina gang members.

Five days after the shooting, police got a tip that one of the two suspects goes by the name "Hectic." Police verified "Hectic" to be Jesus Rodriguez, who reportedly has a lengthy criminal record as a juvenile and member of a rival Lamont gang, according to Arvin Police. Crime lab technicians found Rodriguez's and his unnamed companion's fingerprints in the BMW, but the car was not registered to Rodriguez. Although police tracked down the BMW as coming from the Los Angeles area, the report does not state the name of the registered owner. It's a car police are familiar with; it was involved in another shooting in which two men were wounded in Lamont on June 1, and it was involved in other police pursuits, according to Arvin Police.

Rodriguez and his companion, whose name is redacted in the report, may have gone looking to kill a rival Arvina gang member in retaliation for the death of one of their own, the police report states. Earlier that day, Rodriguez is believed to have visited Arvin cemetery where his friend is buried.

On Sept. 16, nearly two months to the day of the killing of Liliana Jimenez, U.S. Marshals found and arrested Rodriguez at a fast food restaurant on Weedpatch Highway. During questioning, Rodriguez continuously denied he and his companion were involved in killing a 10-year-old girl. "I don't know nothing" was Rodriguez's stock answer, the police report states.

When shown a music video posted on social media of himself holding a rifle and talking about killing people, Rodriguez reportedly smiled as he saw himself. The video was posted after Liliana Jimenez had been killed. Detectives showed him photos of Liliana found dead in the car. Rodriguez glared at them, but kept quiet, police reported.

Officer Gonzalez asked Rodriguez if he felt bad Liliana had been killed. "I do feel bad, but it wasn't us," the report states he said. Officer Gonzalez ended the questioning, telling Rodriguez he wanted to let Liliana's mother know why her daughter was killed. "I feel ya," replied Rodriguez, according to the officer's report.

Rodriguez is charged with murder, attempted murder and other crimes. Now 18 years old, he was 17 at the time of the shooting and is currently being held at Juvenile Hall. A judge will decide if Rodriguez will be tried as a juvenile or as an adult.

There is nothing in the police report to indicate Adrian Jimenez to be a gang member. It appears the baseball cap he was wearing that night was enough to almost get him killed. He and his son survived. Liliana awaits justice to be done.