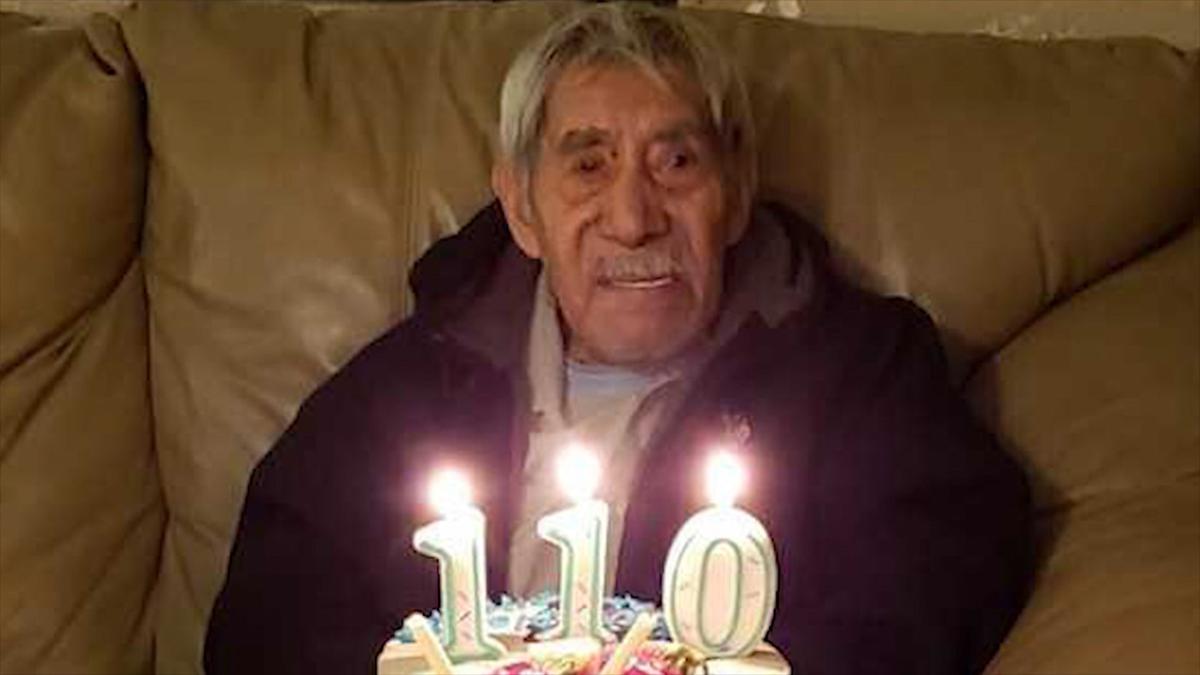 Modesto Lopez Bautista celebrates his birthday with three candles instead of a more daunting and potentially dangerous 110. 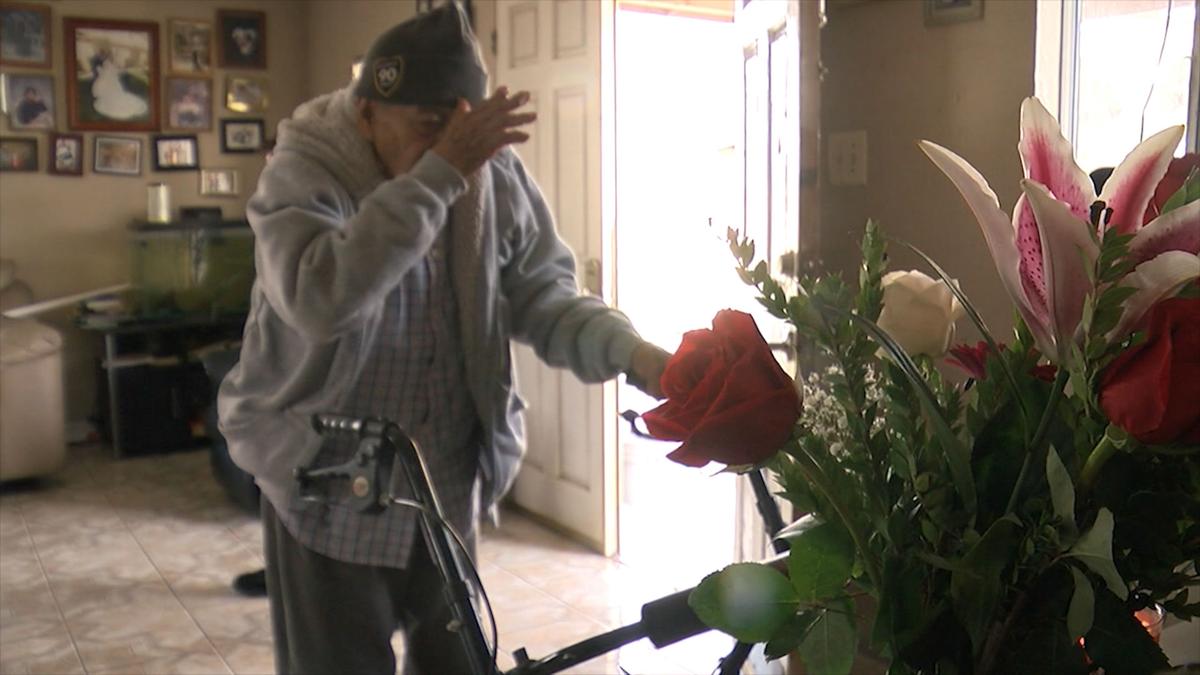 Modesto Lopez Bautista, 110 years old, gets around with a little assistance. 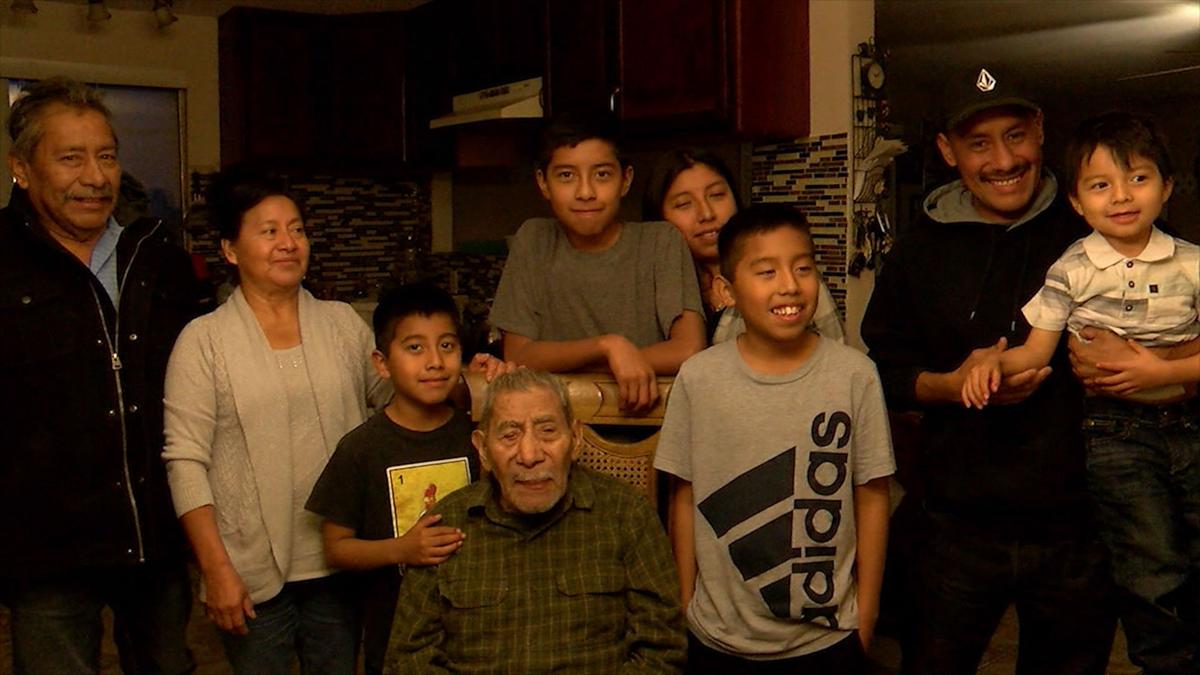 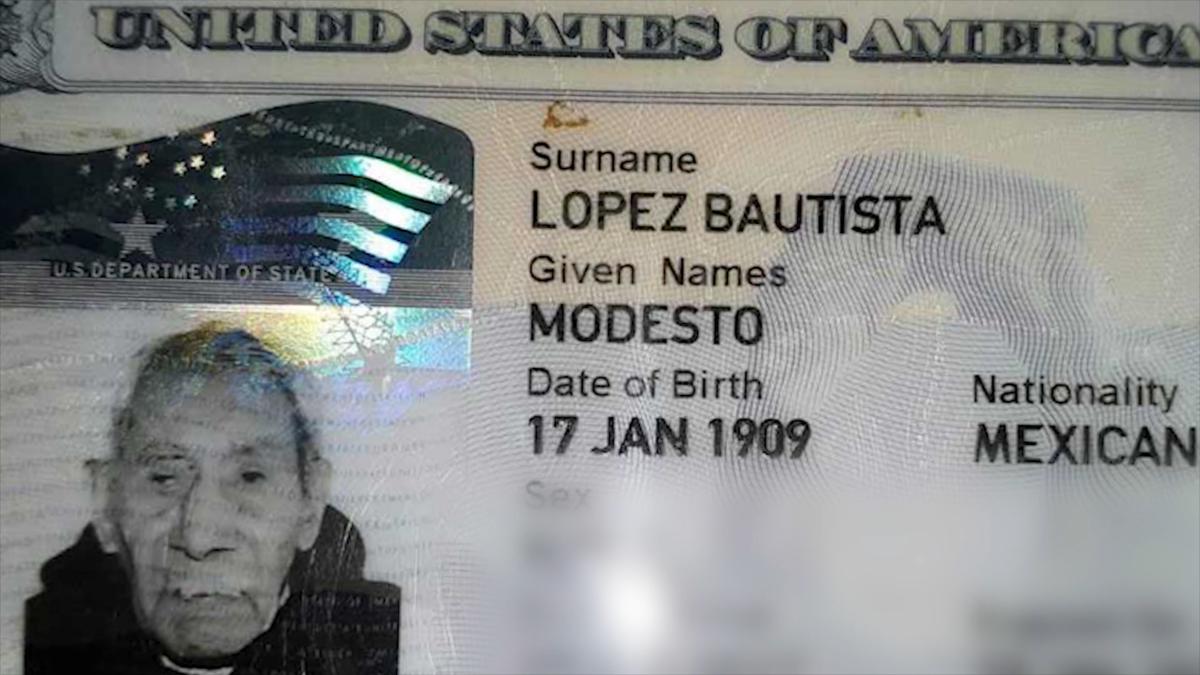 Modesto Lopez Bautista celebrates his birthday with three candles instead of a more daunting and potentially dangerous 110.

Modesto Lopez Bautista, 110 years old, gets around with a little assistance.

When given a class assignment to write about a family member, the 13-year-old eighth-grader didn't hesitate a bit. He titled his essay, "The Story of My Great-Grandfather," by Eddie A. Hernandez.

"My great-grandfather started working at a young age. When he was like 12 years old he would have to work in the fields growing vegetables mostly corn, beans and pumpkins," wrote Eddie, who goes on to describe how his great-grandfather, Modesto Lopez Bautista, worked and raised a family despite never setting foot inside a school classroom.

And then he wrote the line that prompted disbelief: "My Great-Grandfather Modesto was born on January 17, 1909, in San Juan Mixtepec, Oaxaca, which is a town in Mexico."

His great-grandpa is now living with family here in the U.S. In fact, the centenarian just had a birthday recently.

They threw him a party.

Naturally, classmates at Mountain View Middle school were skeptical, disbelieving that a man that old could be alive today. But El Señor Modesto has the documents that prove his age.

To know this man is to know someone with deep conviction in his faith, someone who has never forgotten to be appreciative of the simple things in life, which are the most important. And that means family is at the top of the list.

He survived and progressed despite never learning to speak or write Spanish, born as he was into a Mixtec-speaking family. Mixteco, his native language, is one of many spoken in Oaxaca among the indigenous people. That's the way it was when he was born and to a large extent that's still the way it is today in the remote regions of Oaxaca and other states.

To be an indigenous person in Mexico, just as in the United States, is to face discrimination and be relegated to the fringes of society.

Some are pinning hope that the recent award-winning film "Roma" will help bring the plight of indigenous people in Mexico to the forefront. While it is a good film and you should see it, it barely scratches the surface of the true situation.

Despite his illiteracy, El Señor Modesto said, he understands the importance of education. (His daughter, Austolia Eva Lopez, served as a translator. So he spoke in Mixteco, Lopez translated into Spanish, and I'm writing this in English. I hope nothing gets lost in translation.)

He doesn't remember how many children he had because some died before birth, but Austolia says he has five living adult children between 50 and 70 years old. All five of them emigrated to the United States long ago. His lifelong wife, Rosa, died in 1986 in Oaxaca.

Worried about her dad being alone, Austolia went to San Juan Mixtepec in 2001 and brought him to live with her and the family at their home just on the outskirts of Bakersfield near Weedpatch Highway.

It's a modest, humble home but alive with the warmth of an extended family. At family gatherings, relatives of multiple generations gravitate toward the 110-year-old, who is always the center of attention. While the younger generation does not speak Mixteco, it's evident they have a strong bond with the man they simply call "abuelo" or grandfather.

He may be 110, but Modesto Lopez Bautista still gets around the house with the help of a walker. No bedridden old man on multiple medications lives here.

"I look at him, I feed him so I know that he is eating," said Austolia. Then she's off to work at a packing shed. "When I return from work, I give him dinner."

Many have asked his secret of such longevity and wisdom. He responds by saying he only asked God to give him a long life to be with his family. And a large one it is. He has 26 grandchildren, 32 great-grandchildren — and now a great-great-grandson, born in February.

The house has a small altar with the Virgin of Guadalupe to which he prays daily. Eddie picks up on that and writes about it in his essay.

"He closes his eyes and still thanks God because in his head he thinks, 'Thank God that it's raining because food can grow and that is good for us and for other people that need food.'"

Yet the old man longs for his native land, which is never far from his mind. In October, at 109, he traveled with his daughter three days by car to visit his birthplace for a month. It was another three-day trip to get back.

Eddie mentions in his essay that he's happy for his great-grandfather and happy to still have him around, but admits that "he only knows the basics" about him.

He ends the essay in this fashion: "What I do know is that I hope to keep on learning about him and his life. I'm still learning how to speak Mixteco and I hope one day I could speak it like my parents, grandparents and especially my great-grandfather."