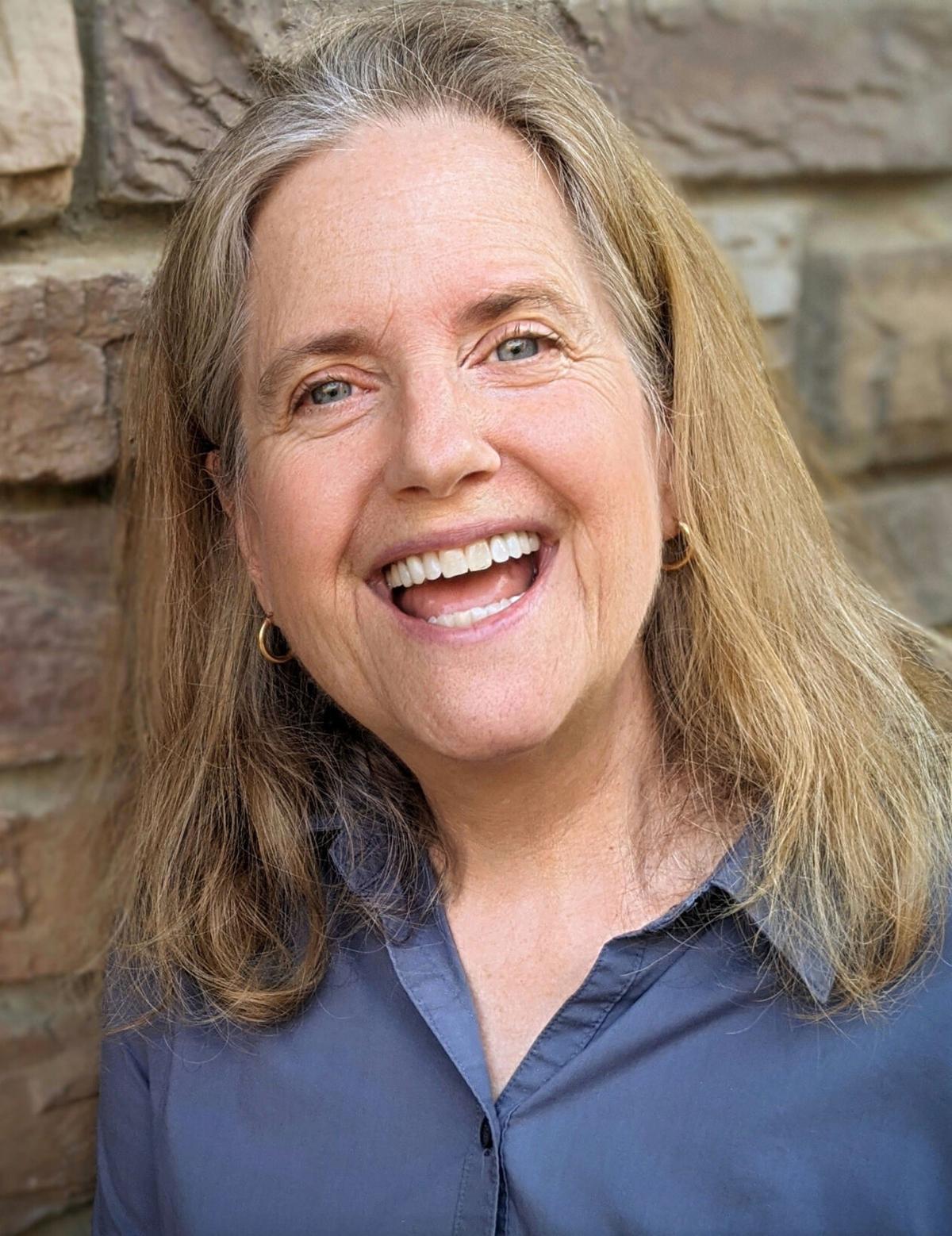 Jenepher Lapp is retiring after being choral director at East Bakersfield High School for 35 years. 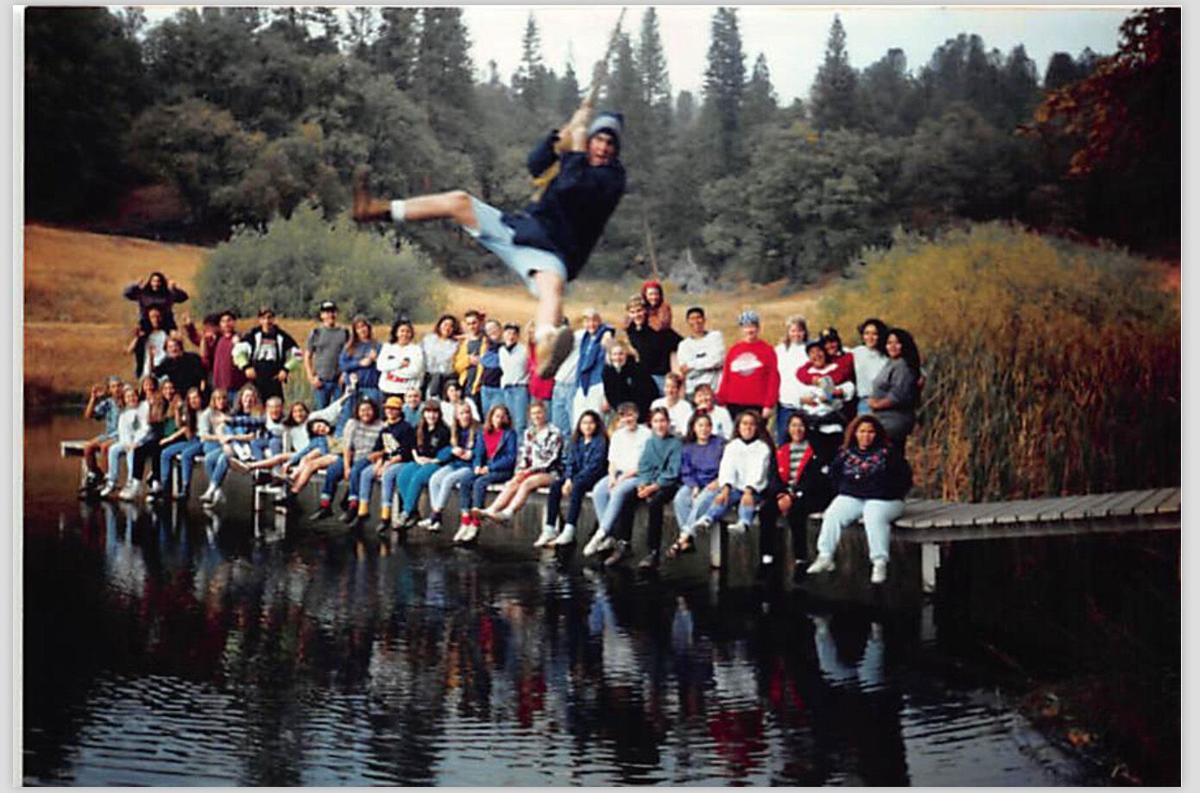 For years, East Bakersfield High School educator Jennepher Lapp took the choirs to Camp Keep Sierra in the summer in order to sing and enjoy the wilderness as seen in this photo from the 1990s. After 35 years, Lapp is retiring from East High as the choral director. 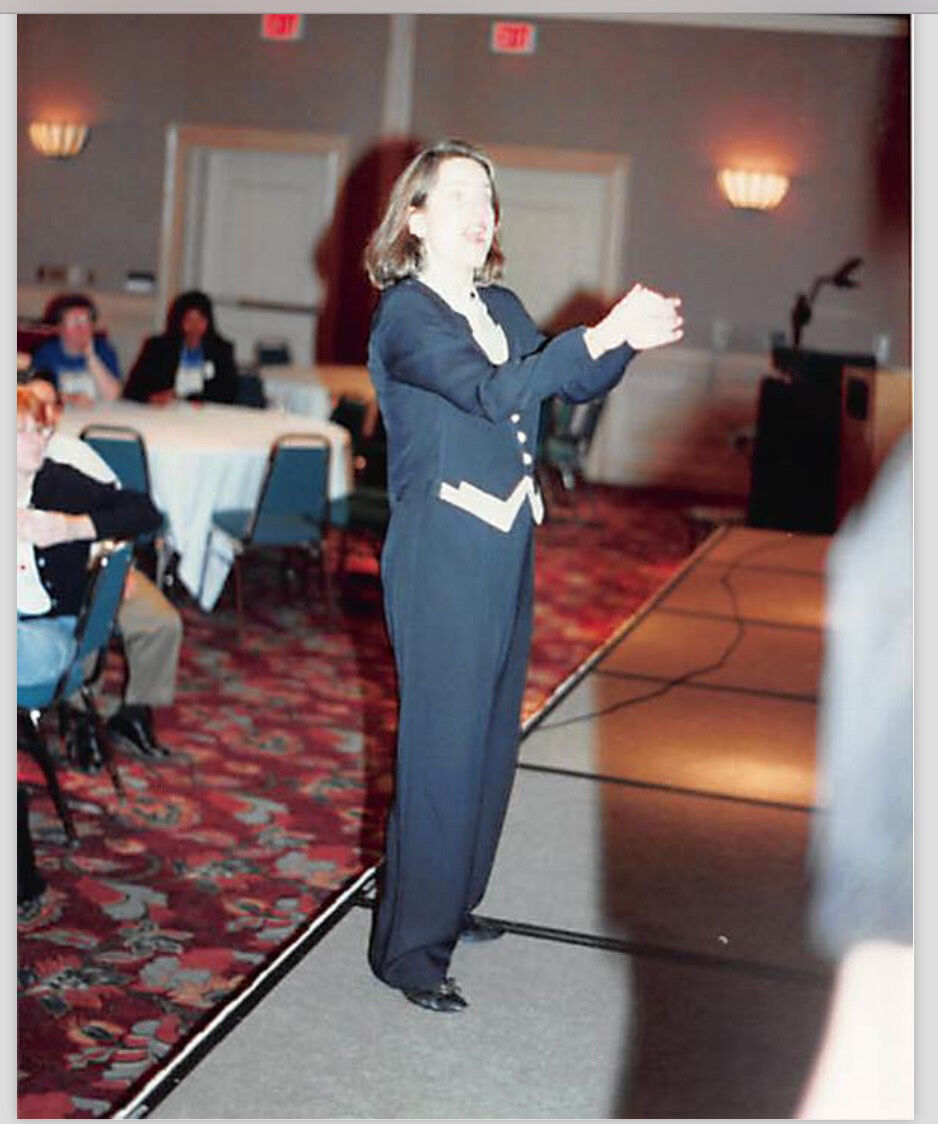 Choral director Jennepher Lapp conducts the choir at a party in this undated photo. After 35 years at East Bakersfield High School, the educator is retiring.

Jenepher Lapp is retiring after being choral director at East Bakersfield High School for 35 years.

For years, East Bakersfield High School educator Jennepher Lapp took the choirs to Camp Keep Sierra in the summer in order to sing and enjoy the wilderness as seen in this photo from the 1990s. After 35 years, Lapp is retiring from East High as the choral director.

Choral director Jennepher Lapp conducts the choir at a party in this undated photo. After 35 years at East Bakersfield High School, the educator is retiring.

I have a soft spot for choir. For choral teachers. For anybody that encourages people to sing louder, better and more.

Hard to have done more than Jenepher Lapp, who is retiring from East High after 35 years. Hard to imagine anybody who has seen more in her students and done more to encourage them to sing than Lapp. If Descartes had been a singer he might have said, "I sing, therefore I am."

The "beat" includes running the EBHS summer Choral Camp, advising the Gay/Straight Alliance, founding Kern Sing — the annual fall event for Kern schools where 800 young men sing together — and creating the nonprofit Uplift Philanthropies to support students, teachers and programs in the arts at East and other Kern County schools.

Lapp is revered by students, former students, teachers and parents.

"Jenepher loves her students as if she was their mother," said Ron Kean, professor emeritus at Bakersfield College.

"Her positive energy is contagious and she is the epitome of a student-centered educator. She has produced many wonderful citizens, teachers and soloists and is beloved all over the state for being a great music educator, leader, listener and friend."

Lapp is one of those teachers students remember. Choir kids return year after year to hang out with her.

"I first met Ms. Lapp as an incoming freshman at East High when friends recommend I join the Chamber Choir," said Stephen Bush, who will be headed to grad school in a few months.

"She is an excellent choral conductor and a master in wrangling and nurturing hormonal, volatile teenagers. The choir room was as much about building chords as building lives.

"Jenepher helped me through a difficult time and my tailspin in high school. She taught me to be curious again, in the arts and beyond, when I needed it most.

Lapp, who will be moving to San Juan Capistrano to help care for her mother, attended elementary school in Orange County and in Spain and then high school in Laguna Beach.

"I came to Bakersfield, determined that it would only be a one-year gig," Lapp said. "Older people in the KHSD laughed and said, 'That's what I said and now I have been here for decades.' I remember feeling appalled! It is now 35 years later."

Thirty-five years later and friends, supporters and admirers in every nook and cranny in Kern County.

"Jenepher is high energy, moves quickly and yet finds time for anyone, student or staff in need.

"She gets a lot out of her students. She can turn a common crow into a melodious wood thrush! It was so refreshing to see low-performing students, kids on the fringe singing their hearts out at concerts totally engaged with Mrs. Lapp."

"Ms. Lapp is the reason I am pursuing education. She is proof that when you love your job, you can enjoy the result and fall in love with learning. She made it fun for us, made us chuckle or watch in awe as she did what she did best — share her inner light."

During rehearsals if the tenors section went flat, Lapp would say something like "Holy mackerel, tenors, that was beautiful but how about let's try that again and this time I want you to channel your inner Pavarotti."

"She would talk to us in a way a mother would talk to her children," Rivera said. "She's like Mother Teresa with more sass and humor."

Although Lapp could have relocated as her career blossomed, she stayed because the students at East, some of whom had faced adversity, needed her.

"I had a student whose family had no transportation, no computer, no phone, few belongings, little food — and yet due to his tenacity, curiosity and work ethic became one of the top five students in his graduating class with honors," Lapp said. "He has since completed his BA and is finishing his MA degree."

Lapp was equally generous with her fellow teachers according to Randy Hamm.

"I taught at East High with Jenepher for 24 years beginning in 1990. She was the most positive, affirming colleague I had in all those years.

"We both taught in a summer program called STEP, designed for at-risk freshmen and sophomores.

"The class included sex education. I was terrified to learn that the class had a question box. Students could write any sex-related question on a piece of paper and the teacher was expected to answer them for a class full of 13- and 14-year-old kids. Jenepher assured me I could handle this daunting task, and she was right."

Lapp pitched in everywhere she could but music was her passion.

"There is nothing more magical than helping teens discover themselves and their potential, through music," Lapp said.

"There were times when the group made the music come alive I thought, 'if my soul were to leave my body at this moment, I would feel complete.'"

Lapp, who friends describe as a lifelong learner, is not finished yet with making the world a better place.

She has been "doing a deep dive" into neuroscience training over the last five years and has been certified in a technique called Havening or Delta Wave Activation, which Lapp says lowers stress and anxiety, neutralizes trauma and increases quality of life.

"Life can be more joyful and easier to navigate when we give, provide value, befriend our emotions and mindfully learn how to show up for others as well as for ourselves."