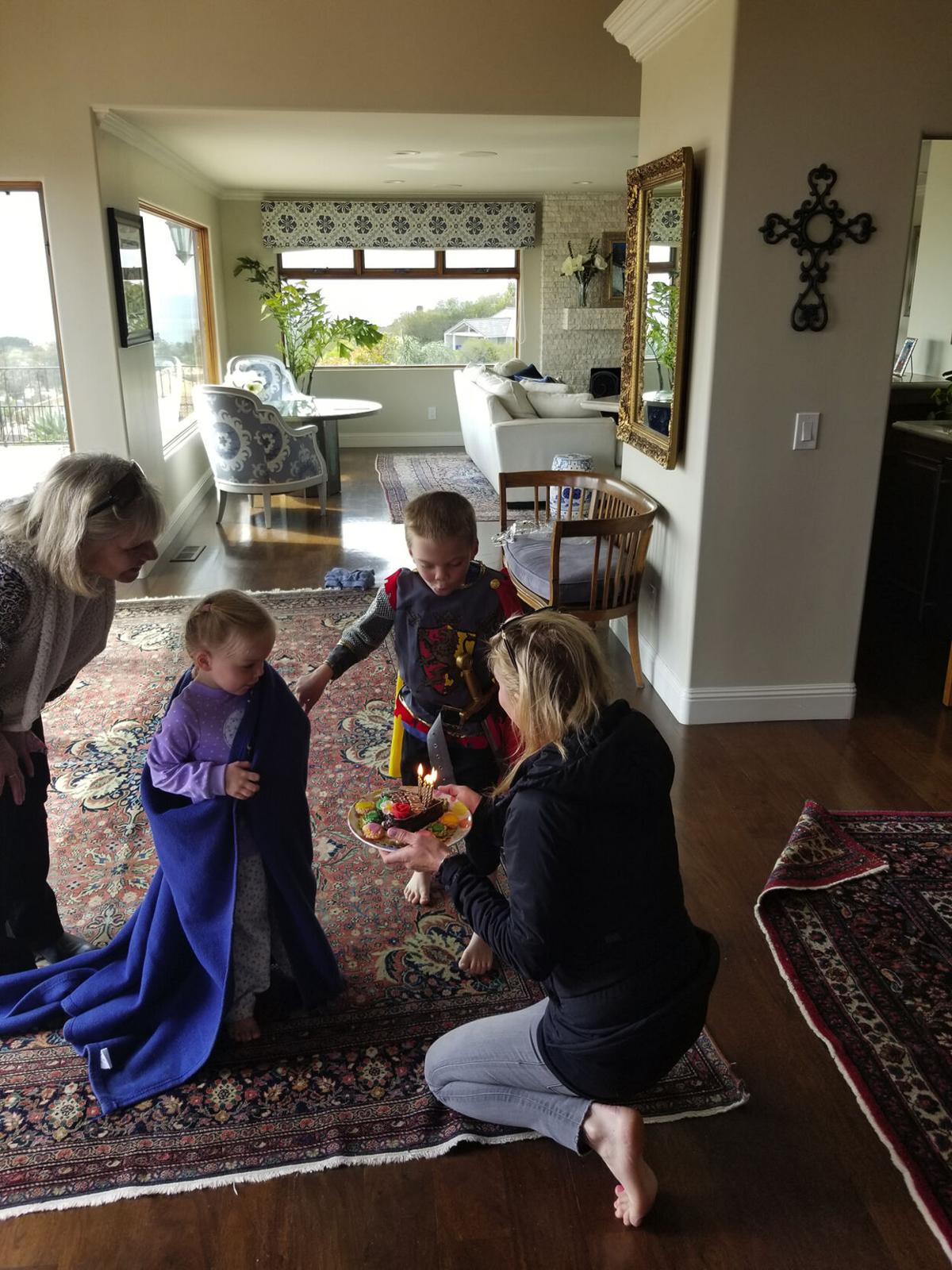 Andrew blows out six candles during his recent birthday. 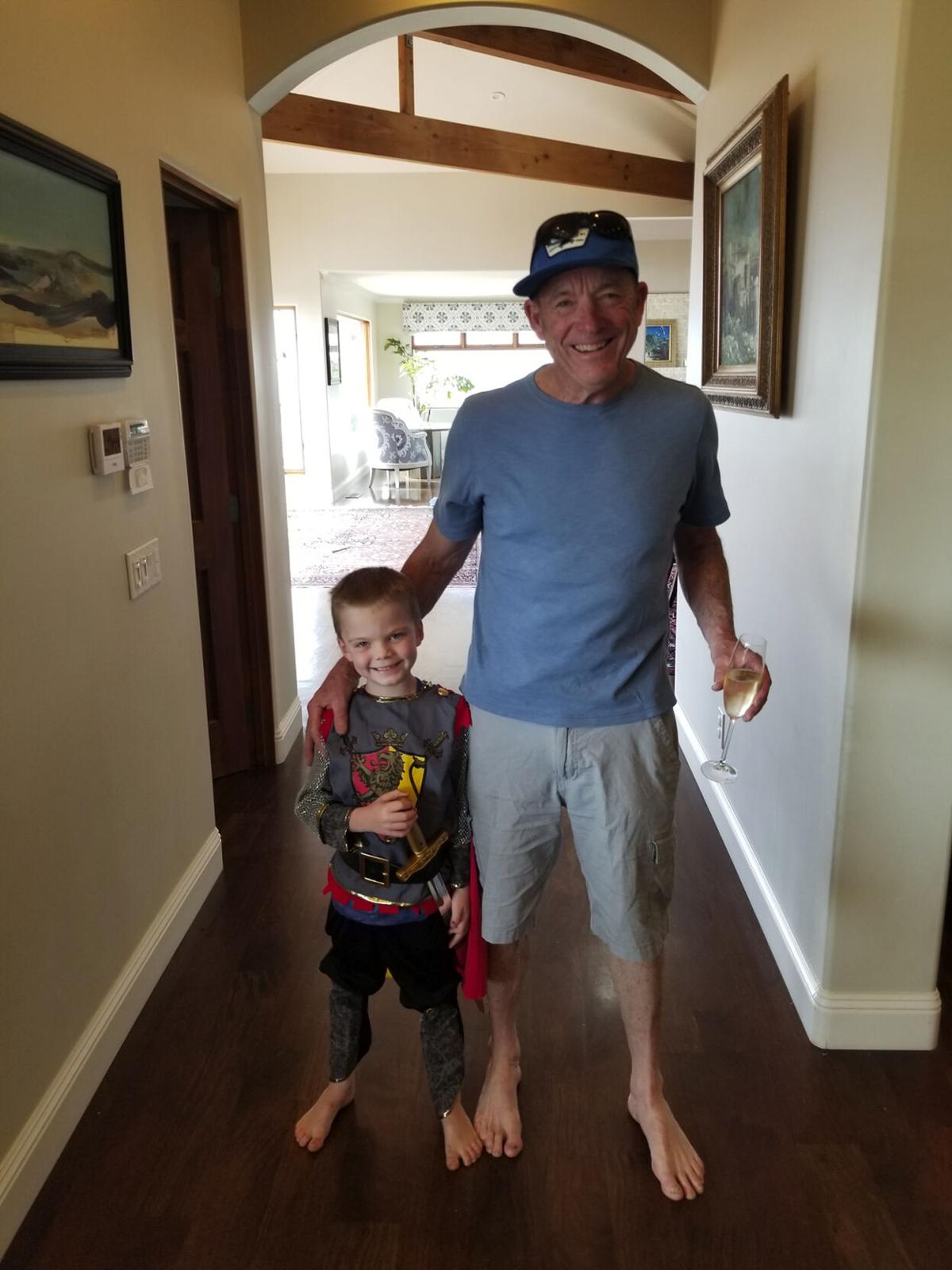 Andrew turns 6, celebrating in the knight costume he received from his grandparents.

Andrew blows out six candles during his recent birthday.

Andrew turns 6, celebrating in the knight costume he received from his grandparents.

Andrew, our oldest grandchild, turned 6 recently. I remember holding him the day he was born and I’ve thought about that a lot this year. The joy and an instant bond. Andrew was born and I had been born again.

I’ve been fortunate enough to have experienced this birth and rebirth four times.

Love interrupted is its own special kind of agony. For me, for us, for many people across the world who’ve had similar relationships with grandchildren, this year has tested that bond. We thought we were strong but the results have indicated otherwise

“Do you think they’ll remember us?” I asked Sue. “The fun we had, the games we played?”

It’s not as if we hadn’t seen them at all over the past year and thank goodness, we’ve had unlimited access to the Bakersfield pair, but when you have had it all, you want it all and you want it all, all of the time.

For Andrew’s birthday celebration, we took thumbprints from Smith’s — yellow, pink and green, for St. Patrick’s Day. From Luigi’s, we brought pickled carrots, tuna and shooters, the sweet peppers stuffed with cream cheese and prosciutto. I forgot the salami.

When we arrived, Andrew and 4-year-old Lillian ran out onto the driveway wearing masks.

“It was their idea,” said their mother, Katie. “I didn’t tell them to.”

Sue reached out to Andrew and he gave her a half-hug. Who could blame him? He was masked. It had been three months and, given the recent pattern, who knew when we’d return.

Having been vaccinated, we skipped the masks. Left them in the car. If asked, we would have put them on, but we sure weren’t about to show any initiative.

Andrew seemed uncharacteristically shy and I held back. Sue asked him to show her his special hiding place and that broke the ice. Then we headed for the swingset and playhouse. We’d start where we left off and try to find the thread but also be ready for whatever new games they want to play. They’ve grown, and in order to hang, we have to too.

“I’ll push you over the trees, Lillian,” I said, after she had been seated on the swing and was soaring higher and higher.

She put her head back. Laughed. She remembered. She was back already.

I chased Andrew up the slide. Played monster. Picked him up and told him I was going to throw him in the hole, any hole.

After the swings and playhouse, they wanted to give us a tour of their tomato garden and their four chickens.

“We've only named some of them,” Andrew said. “Nana told us that if they don’t lay eggs it’s not good to name them because they might end up in chicken soup.”

Sue gave him his present. A knight’s costume with a plastic sword that had arrived broken in half but which she had duct-taped back together. He noticed the duct tape and the broken sword but it didn’t stop him from having a playing sword fight with me where he cut off my arms, my toes and at one point, my head.

We ate lunch outside: the Luigi’s treats, a baguette, and salmon which Andrew’s father had grilled.

The day was beautiful and full of fluffy white clouds. The night before, in Del Mar, we’d seen one of the most striking sunsets of the year, lasting for almost an hour. The clouds on the horizon looked like mountains, mountains we could climb. I’m not sure if it meant anything or portended a glorious future but it was beautiful.

After lunch, his mother brought out the chocolate hazelnut cake with six candles surrounded by Smith's thumbprints. Andrew made a wish. We did too.

After cake, play resumed. Stories, more sword fighting and then our two hours, which had stretched to four, was over.

“I am so sad you are going,” Andrew said as we said our goodbyes.

So am I. Herbie’s latest song is “No Good at Goodbye,” I know what he means. We’re not good at it either.

We drove away. Hard to leave that behind. Love hurts, which is probably why it's worth it.