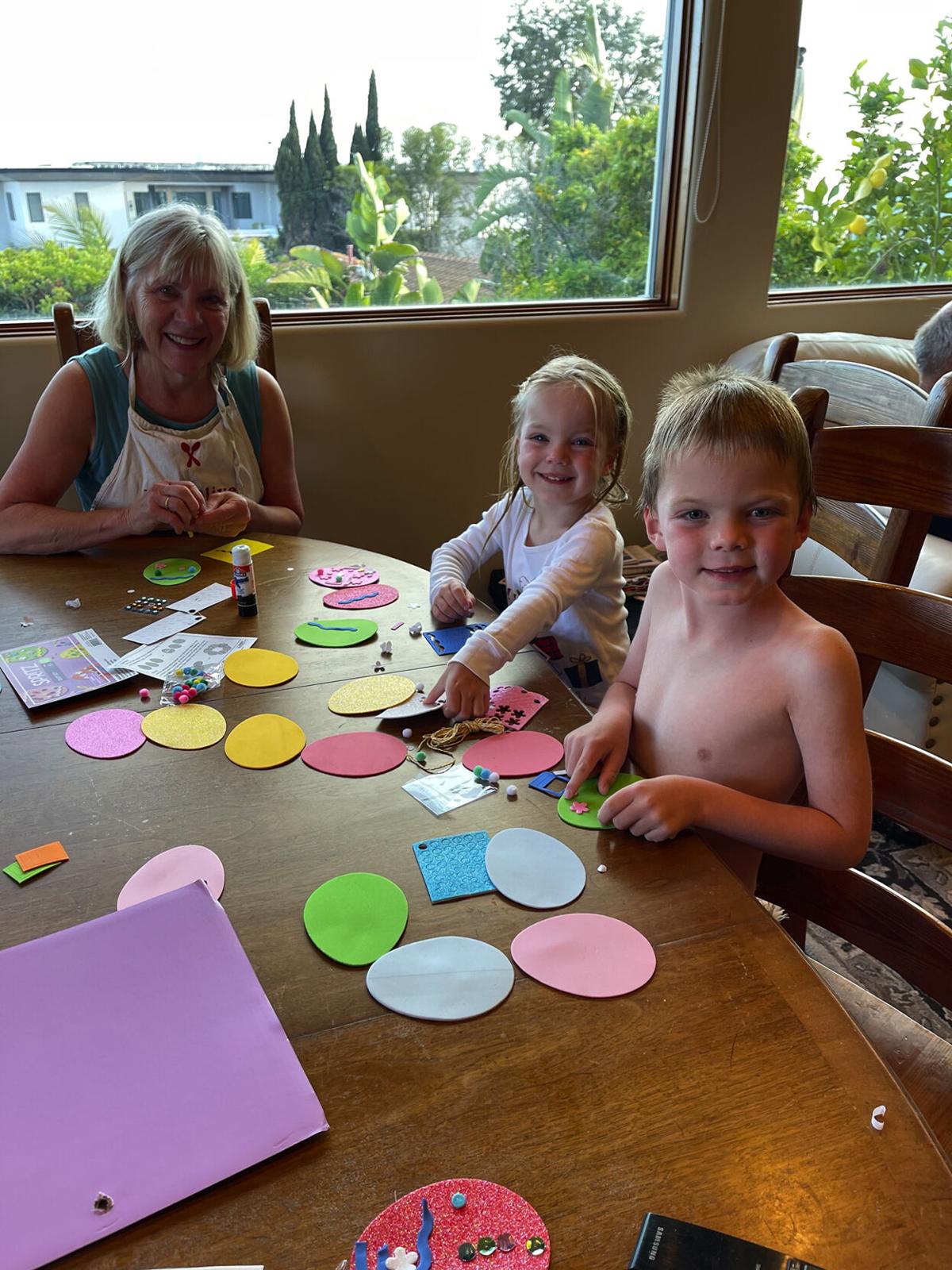 For Mimi, there's nothing better than a project with the grandchildren. 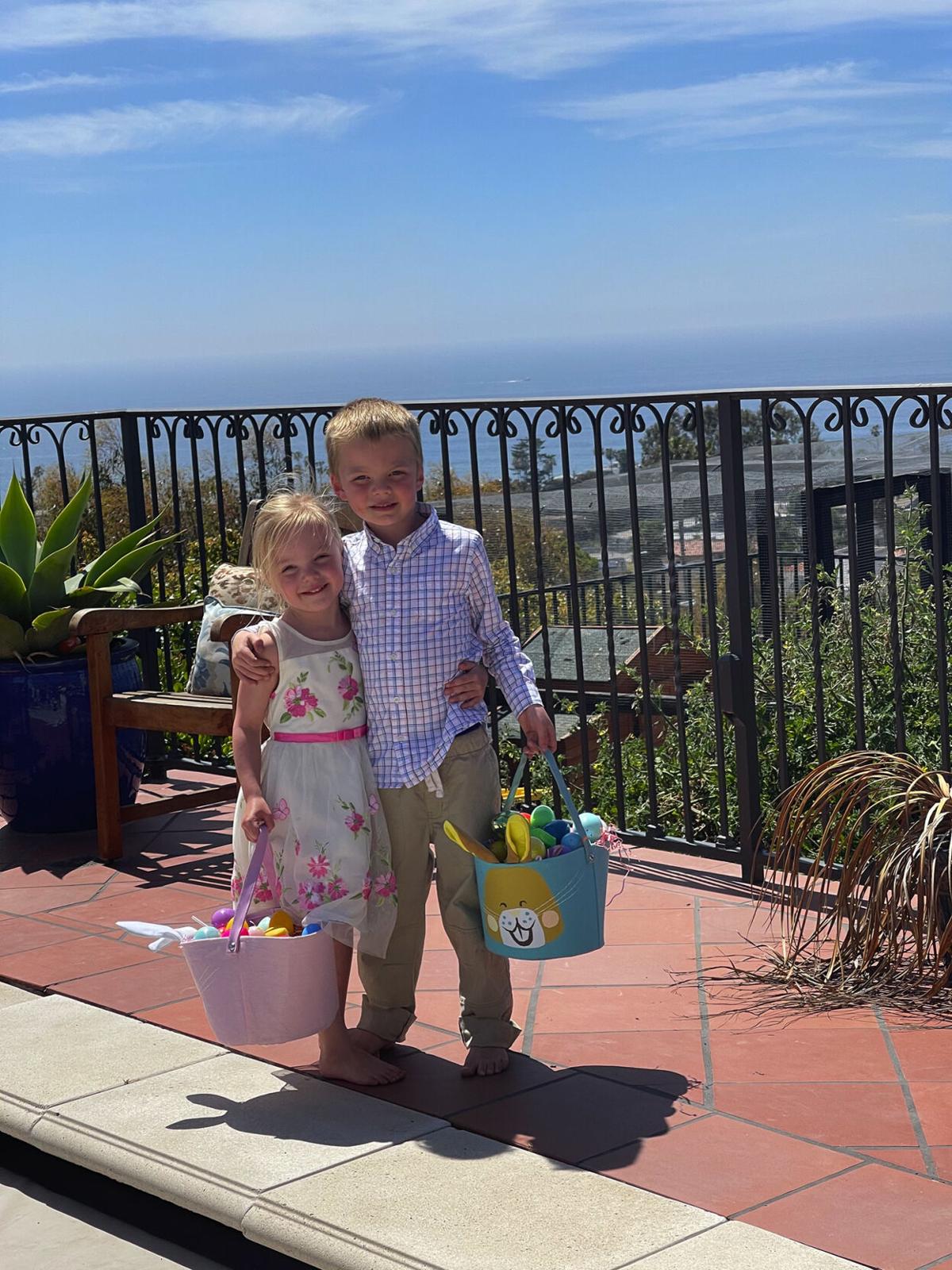 Easter brings out the best in kids as well as their parents and grandparents. 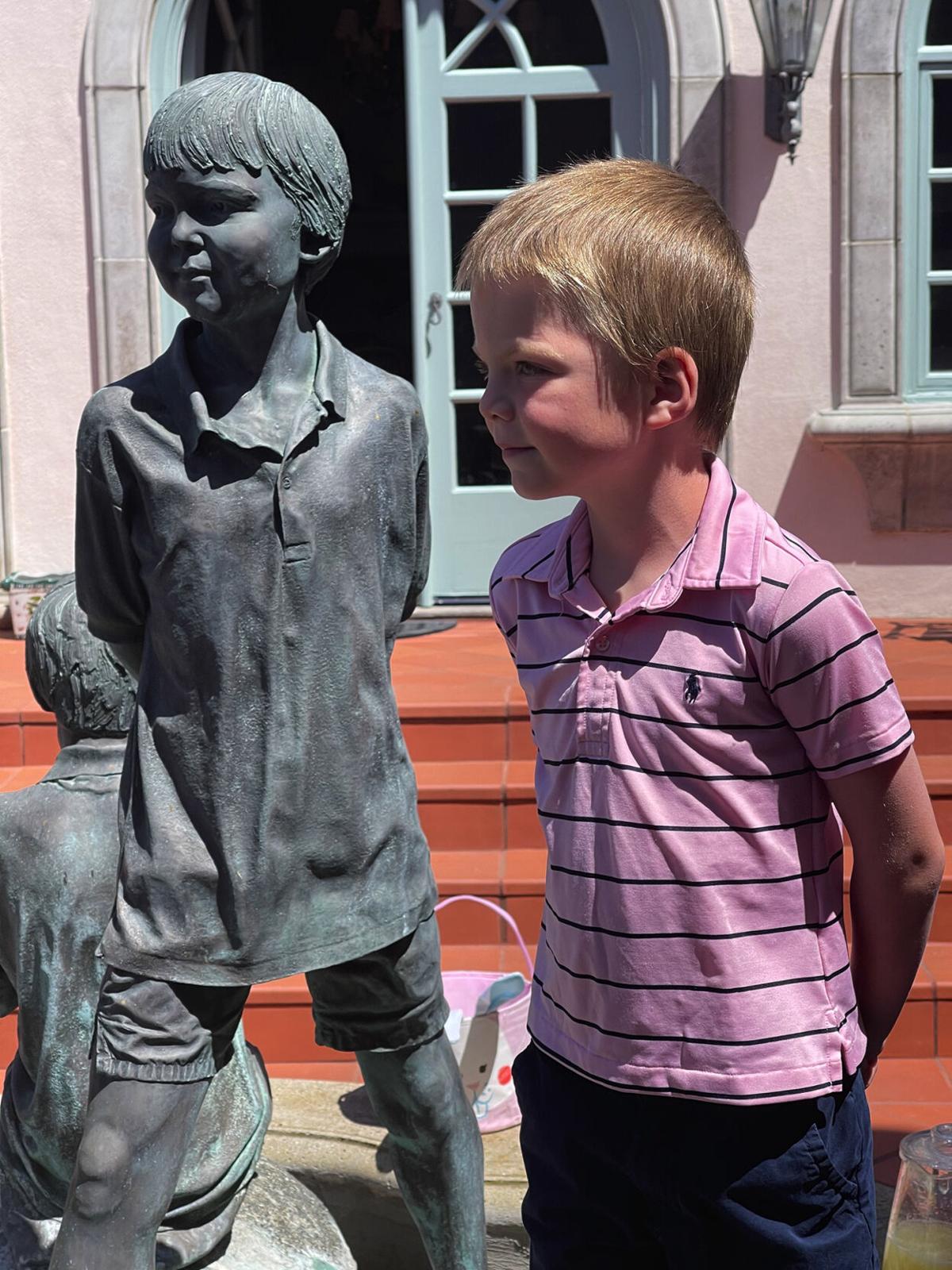 Andrew stands next to a statue of his father when he was a boy. 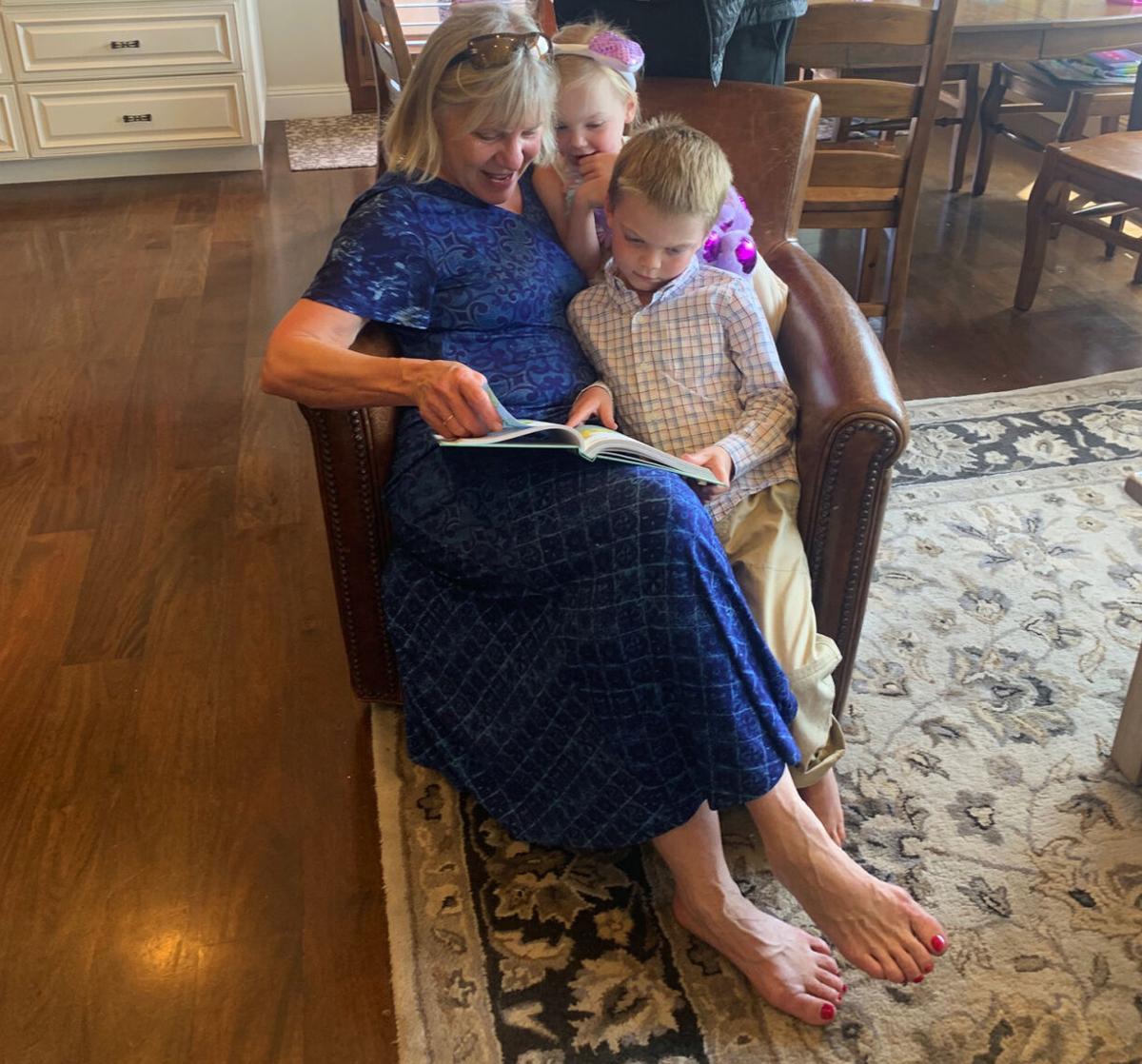 Story time is the best time for Mimi and her grandchildren.

For Mimi, there's nothing better than a project with the grandchildren.

Easter brings out the best in kids as well as their parents and grandparents.

Andrew stands next to a statue of his father when he was a boy.

Story time is the best time for Mimi and her grandchildren.

I've gotten soft. I admit it, the kind of soft my friends could make fun of and should.

See what I mean. I'm long gone and there is no looking back.

We spent Easter weekend in La Jolla with our grandchildren and their parents. We keep thinking this will get old and it hasn't. This will change and it doesn't. That gradually one day we recede in importance in their lives as naturally as the tide goes out, and I'm sure one day we will, but right now with a newly minted 6-year-old boy and a 3 1/2-year-old girl, the tide is full.

The way they say your name will kill you. I remember reading about a woman who'd lost her only son and the thing she missed most was the sound of his voice when he said her name. "Mama" sounded different when he said it.

Same here. I thought "Mimi" and "Papa" was over the top when Sue proposed it six years ago because Mr. Natural is in the habit of letting things develop in a Mr. Natural-sort-of way but when I hear any of the three grandchildren (Henry will be expected to tow the line when he gets old enough) say "Papa," it's like music. Talk about a soundtrack.

Soundtracks require narratives and storylines and many of us wondered if these would resume with people, especially the little people, given our year-long break. After a couple of visits, it looks as if they have. Zoom and the phone stuff is fine if there are no alternatives but nothing beats being three feet away or even better, holding them.

"Holding them" or throwing them around in the pool, something I have to do while I still can. We read stories, helped them find the last few hard-to-find Easter eggs, told stories about monsters and then I became a monster. Kids love a good monster.

There was an Easter egg hunt on Saturday at their La Jolla grandparents' house. After the eggs were all collected, Lillian gathered flowers from the garden. As she picked each little blossom, she'd run to Sue and ask her to put it in her hair. What grandmother can turn that one down?

Sue read "History of Knights" with Andrew and the unicorn book with Lillian, who noticed the red butterflies and wanted to talk about them rather than turning the page. They cooked together. Lillian counted the zucchinis for the zucchini gratin and saved the end pieces to feed the chickens.

Hard to top a small child singing in the dark with all his heart while his heart beats next to yours.

I have missed that more than anything.

I told Andrew we could play as much as he wanted to make up for the time we hadn't gotten to play and he said, "Then we'll have to play forever."

It's not just that "kids say the darndest things" as Art Linkletter used to say, it's that they can say some of the truest things and those things are like arrows into your heart.

Another arrow but we are lucky some are aimed our way.

"Oh, my love will fly to you each night on angel's wings