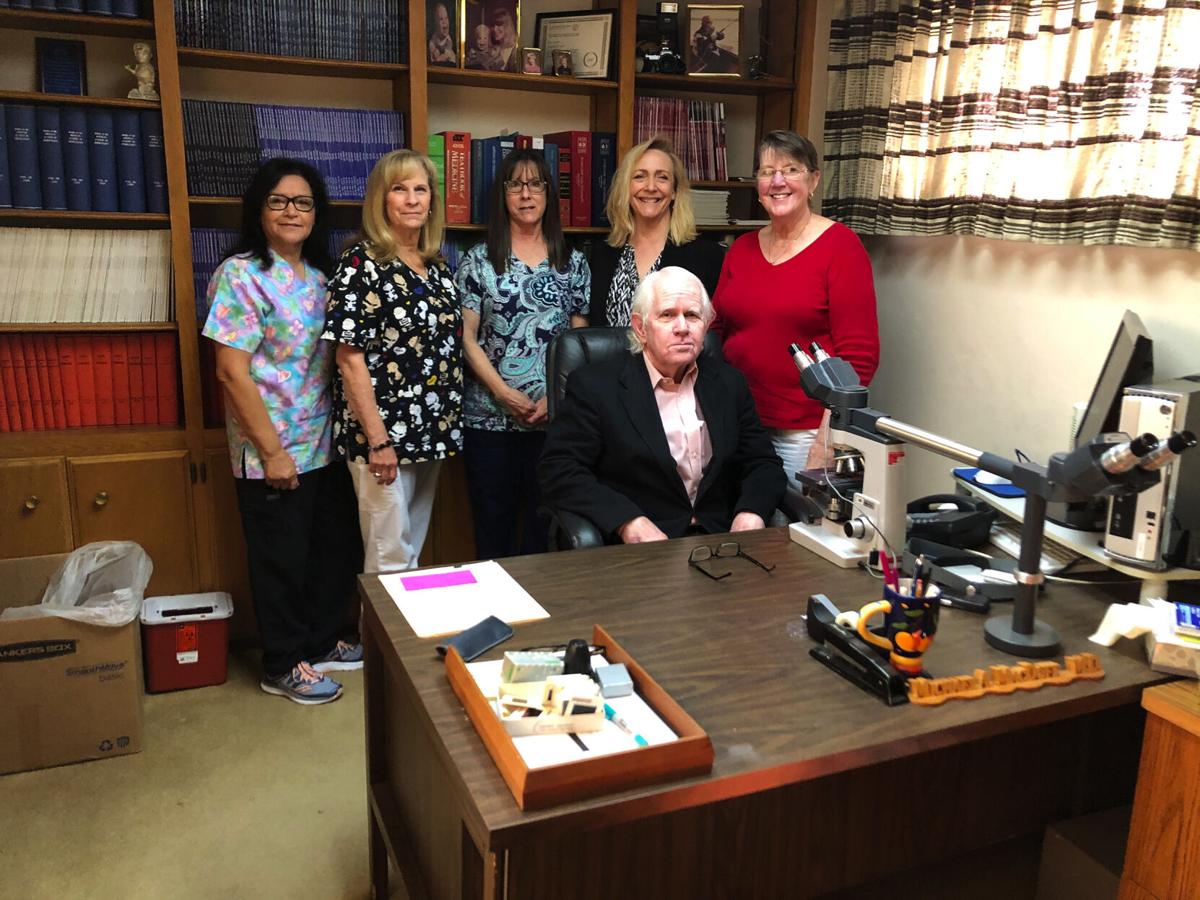 Dermatologist Mike MacDuff is retiring after 48 years of practice in Bakersfield. His staff, which has been with him forever, includes, from left, Edna Cisneros, Karen Skelley, Beverly Matteucci, Susan Squarnberg and Sharon Gollehon. 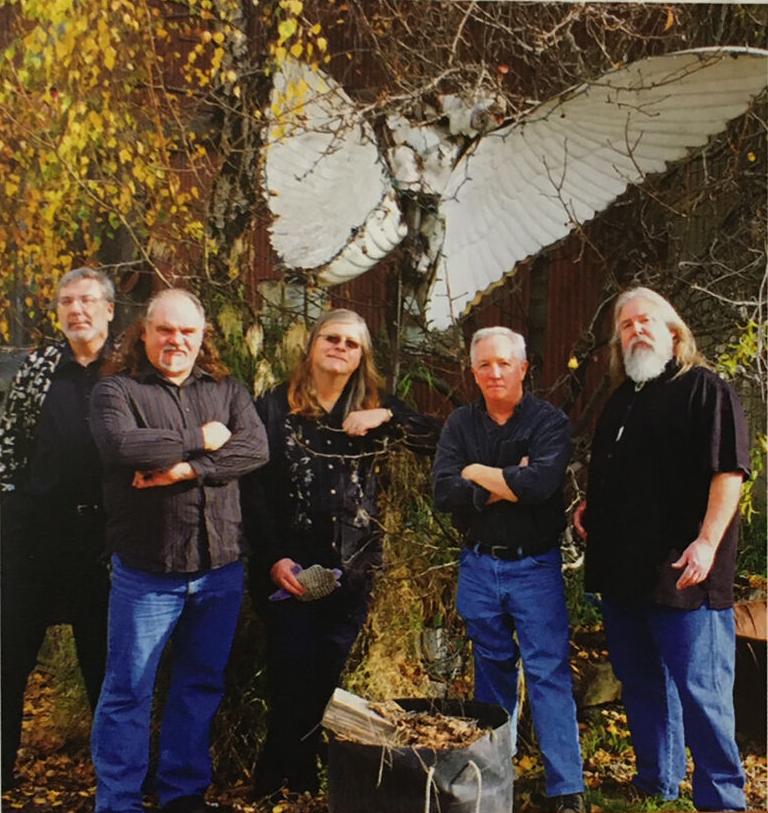 Dermatologist Mike MacDuff is retiring after 48 years of practice in Bakersfield. His staff, which has been with him forever, includes, from left, Edna Cisneros, Karen Skelley, Beverly Matteucci, Susan Squarnberg and Sharon Gollehon.

A patient of Mike MacDuff’s called to say the dermatologist was retiring after more than 48 years in Bakersfield (he started with Norm Levan and then established his own practice a year later). That makes me feel old, something MacDuff could have done something about had I availed myself of his services.

MacDuff also owned the daycare center next door to his office on G Street until six years ago when he sold it to Caroline Clauson for $20. Clauson had operated it forever.

You can usually tell what kind of boss somebody is by the tenure of his or her employees. If the boss is a pill or a tyrant, they go through a blizzard of employees. Not at MacDuff’s office.

Office manager Susan Quarnberg has been there for 45 years (“And I’m not even that old,” she said); his nurse, Sharon Gollehon, 47 years; Susan’s sister, Beverly Matteucci, 40 years; and receptionist Karen Skelley has logged 34 years.

There has been an outpouring of gratitude (food from Lorene’s, plaques, commemorative coins, cards and letters) from MacDuff’s patients, Quarnberg said.

"You hear the conversations in the lobby from patients who say, 'He saved my life,'" Quarnberg said. “His interest all along was to do this right. The office was set up so he could practice medicine and his staff would take care of everything else.”

MacDuff managed to avoid HMOs or an affiliation with any of the large hospitals. He started practicing in the good old days when it was easier to become close to one’s patients.

I know it’s not for everybody and maybe you aren’t invested in a bracket, but the NCAA basketball tournament can be fun if only for reminding us of what our lives used to be like and that if this is March, it must be March Madness.

Sunday night, Thomas and I watched Oregon State hold on against favored Oklahoma State. The game had that attractive wackiness that college games sometimes have and that the ruthlessly efficient pro game often does not.

Oregon State was leading the whole game, got tired, looked like they were going to give up the basketball ghost and then righted the ship before they sunk to the bottom of Davy Jones’ locker.

As the outcome became clear, you had the victors jumping up and down and the losers sitting on the bench with their heads between their hands. It always has that end-of-the-world feel that makes it poignant, especially when you realize that for most of these players, this is it.

Win or lose, this might be the top of the mountain. The final days of their basketball career and that a few years from now, they may look back on this tournament and think, “That was something. I’m glad I was a part of it.”

Fun to see the Pac-12 do so well after years of being an historical footnote as a conference. As of Monday (last night’s games could have changed this), Oregon State, Oregon, UCLA and USC were still in.

I’m sorry that Travis Jones has cancer and his vocal chords perhaps compromised permanently, but what pleasure he gave as the lead singer in the great Bay Area-based band Houston Jones. My brother Mark turned me on to the group named after Jones and left-handed upside down guitar-playing savant Glenn Houston. My friend Glenn and I went to see them on a Super Bowl Sunday years ago at an art gallery downtown.

We were among 18 people in the audience — we counted. During the concert, we kept turning to each other and saying, "Can you believe how good these guys are?"

Good from Houston’s guitar licks, to the songwriting, most of which was done by Chris Yee, who worked for the Oakland district attorney’s office, and then Jones' voice, which was as rich and warm an instrument as I’d ever heard in person.

Listen to “Calico Heart,” “Things Unseen” and “Where the Sea Meets the Sun.”

I mentioned the spate of catalytic converter thefts in a previous column and I made a mistake about their function which Mike Daniel corrected:

“You don’t have it quite right. Catalytic converters don’t remove carbon, they convert it and other gases into less toxic gases. They are called three-way catalysts. They convert unburned hydrocarbons into carbon dioxide and water, carbon monoxide into carbon dioxide, and NOx (nitrogen oxide) into diatomic nitrogen.”

More on where can you find a good bagel in town from CeCe Algra:

“I want to add my favorite bagel choice: Panera. I've tried all in Bako and I like theirs the best. The blueberry is especially nice and chewy. Hope you try them.”