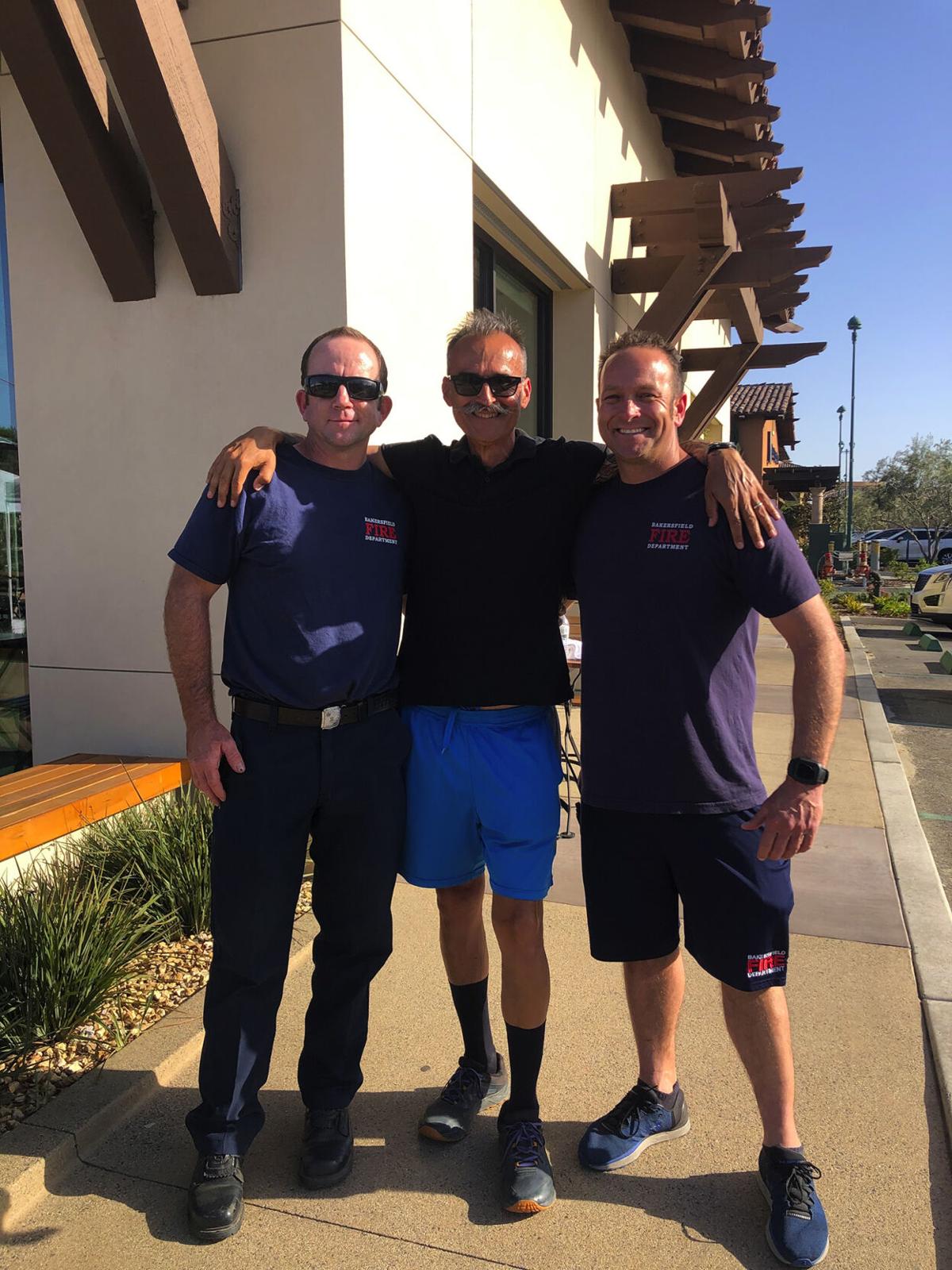 Cyclist Al Tovar is flanked by the paramedics — Jason Queen, left, and Scott Dragoun — who save his life after a heart attack. 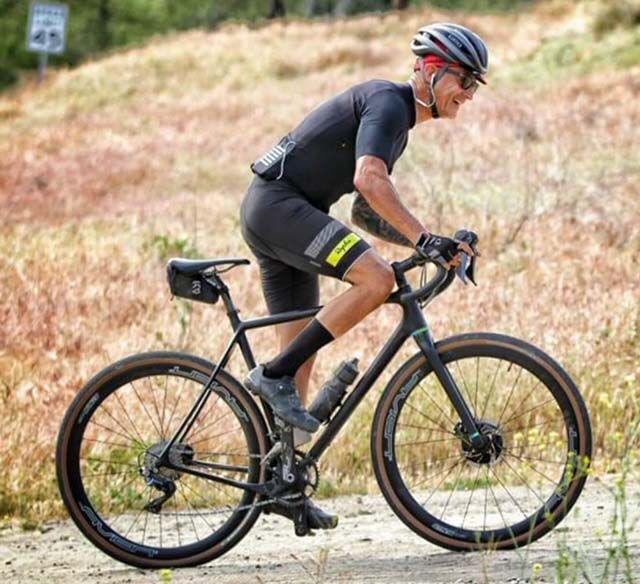 Riding 10,000 miles a year didn't save Al Tovar from having a heart attack but it probably saved his life.

Cyclist Al Tovar is flanked by the paramedics — Jason Queen, left, and Scott Dragoun — who save his life after a heart attack.

Riding 10,000 miles a year didn't save Al Tovar from having a heart attack but it probably saved his life.

Then something happens. You slip on a banana peel, stumble on a tree root and suddenly, you're doing the hokey pokey but you have both feet in and you're shaking all about.

I heard about Al Tovar from a friend. His story piqued my interest. "Piqued" because Tovar was in the "safe/got it licked" camp until he woke up one Tuesday morning in a full sweat and cardiac arrest and the next thing he knew it was Saturday, he was in the hospital, had lost five days and a nurse was asking him, "Do you know where you are?"

Not where he wanted to be. Not where he thought he was. Not on a bike, home in his bed or tooting the horn for the Union Pacific Railroad.

Tovar, strong and lean, is 51 years old. He's been a locomotive engineer for 26 years (he's also tinkered with things like substitute teaching). An avowed eastsider, Tovar is married to Nanette and they have two sons, Jake, 27, and 22-year-old Luke.

"I'm a local guy," Tovar said. "I went to Foothill, CSUB and then the University of Laverne."

He's also athletic. Tovar rode to high school and college on a bike and then once the couple started having kids, he stopped. When the kids were up and out, Tovar was back at it.

"I've been riding around 10,000 miles a year for the last seven or eight years," Tovar said.

A man of faith, Tovar said, "God was my first responder but my wife was my second responder and performed compressions."

Paramedics Scott Dragoun and Jason Queen arrived quickly and gave him one jolt.

"They told me later it usually takes two or three shocks and sometimes people don't come back," Tovar said.

A couple of months later, Tovar saw the paramedics at Cafe Smitten. They hugged and there were tears.

"We talked for an hour on the sidewalk," Tovar said. "They told me I survived this because of my metabolic efficiency (cycling) and that most people would not have. It was a testimony to endurance training."

"Training" that helped, that saved his life but Tovar's takeaway was that you can have a strong heart muscle but if your arteries are clogged  — the left anterior descending artery (LAD) was 95 percent blocked — it doesn't matter if you ride from here to the moon every night.

Doctors put a stent in the closed artery and since then Tovar. who returned to work April 7, has made some changes in his life. The Tovars moved to San Luis Obispo (they still rent a place in Bakersfield) and he took a job with the railroad there. Tovar walks 15 miles a week and has returned to cycling, although he's returning slowly. He's also changed to a plant-based diet (heart-healthy, he says, and lots of oatmeal), which Tovar insists does not mean he has become a vegan.

Looking back, Tovar says he was probably fooled by never being sick, always feeling strong and having lots of energy even though heart problems ran in his family.

"I had symptoms, odd shortness of breath while I was cycling, but I always assumed it was because I was climbing hills," he said. "One day I was riding my gravel bike up Rancheria (Road) with my cousin who I am normally stronger than and I kept falling back and was more short of breath than usual."

"Here I was making all these plans, running, gunning. Going and going but God had another plan. Life-traumatic moments can be gifts and I am grateful for that. I'm on a new journey."

Some of that journey is on a bike. Some on foot. Some without moving a muscle.