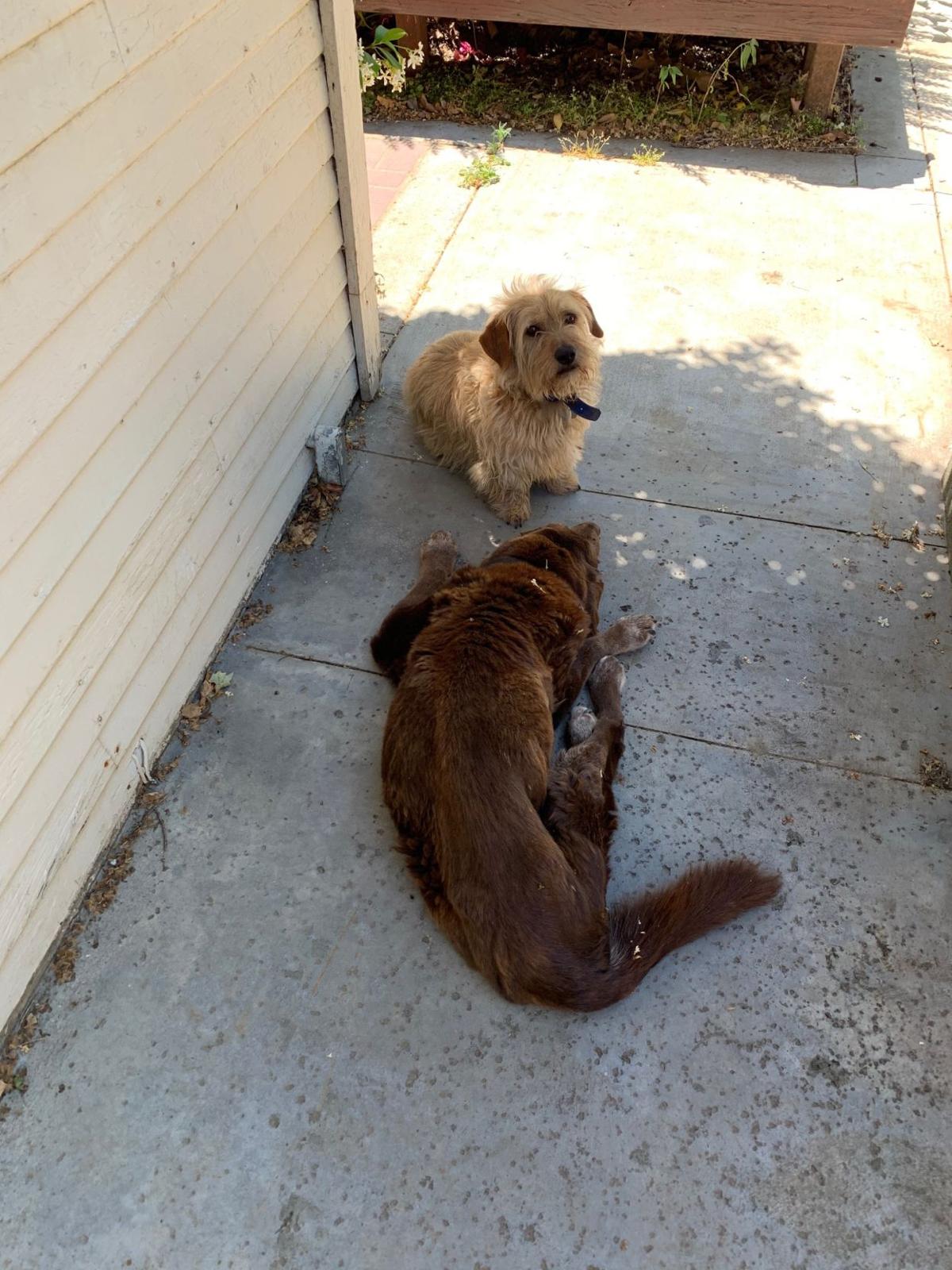 Poco rests as Charlie, her loyal canine companion, watches over her. 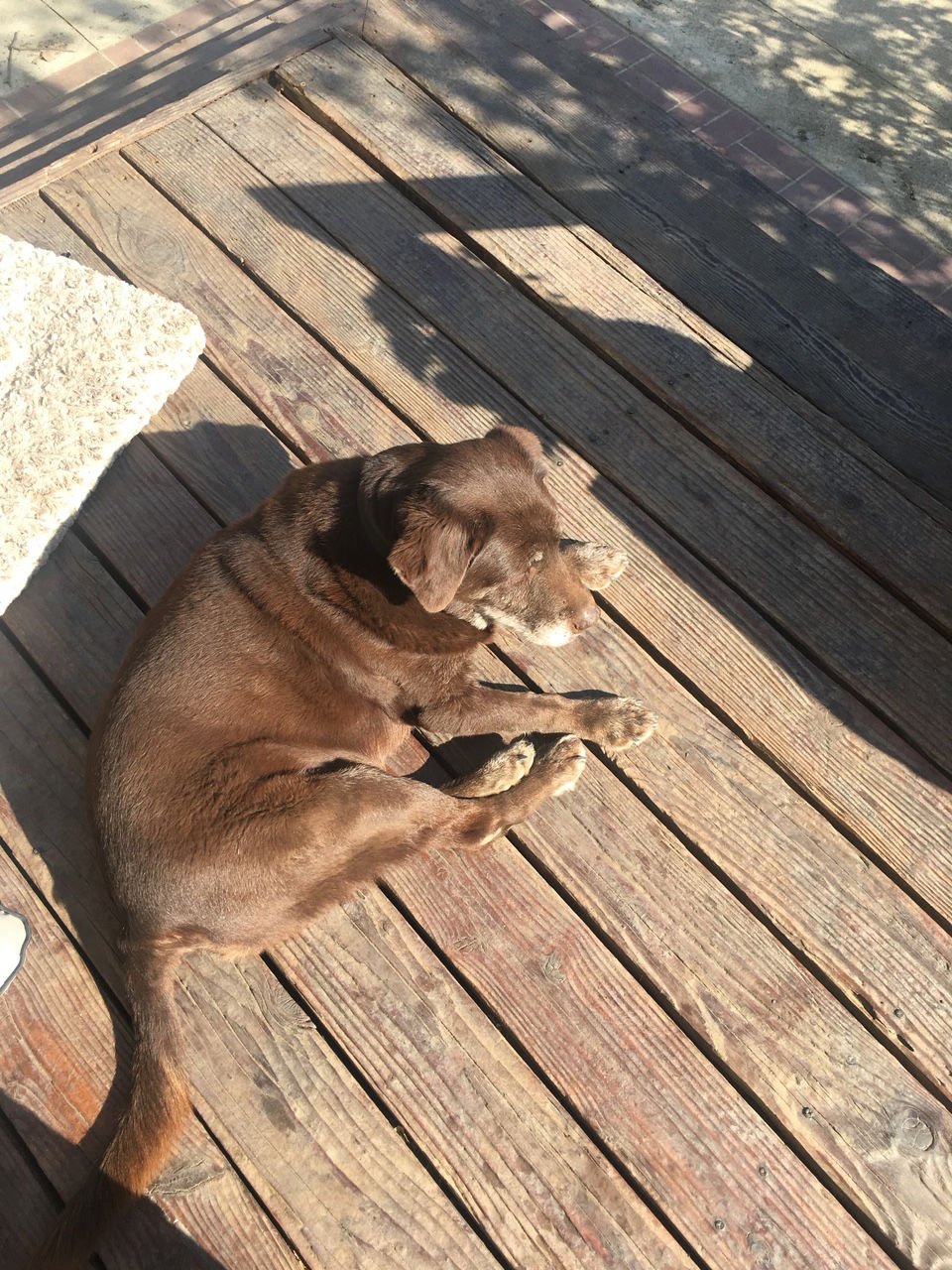 Poco as a pup.

Poco rests as Charlie, her loyal canine companion, watches over her.

Poco as a pup.

I wanted her to die at home. In her comfortable dog bed in the garage or underneath the house in the cool dirt she loved so much during the hot summer and fall days. Chin to chin with Charlie, our 3-year-old terrier mix who would not leave her side at the end.

I thought that happened only in movies. Dog won’t leave another dog’s side in her hour of need. Charlie licking Poco’s face.

Poco, the chocolate Lab mix, was blind. Blind when we got her as a rescue puppy 14 years ago and blind ever since. Having a blind dog is a special responsibility and whereas most dogs trust their owners, it feels like a blind dog is putting her paws in your hands and saying, “Please take care of me.”

Which is why when it was her time to go, I probably waited too long because I took that trust to heart. It doesn’t help that I have trouble letting go, which may be a virtue in some situations but not so much in others.

“Waiting too long” has to do with age. Mine, not Poco’s. When you get older, even if you can’t run a decent mile anymore or run for president, you tend to frame time in increments of “one more day.” Better yet, “one more good day no matter if the good part was a cool drink of water, Sally’s special chicken mix or a 10-minute walk around the block.”

A month ago, Thomas, our youngest, was home and he pulled me aside and asked what I was going to do about Poco.

“I hope you’re not going to let her suffer through another Bakersfield summer,” he said.

Poco suffer through another Bakersfield summer? How about me? I wanted to crawl under that house and put my nose in the cool dirt just like Poco.

Thing was, I hadn’t noticed because I was too close to the forest. Thomas had. Poco was faltering.

Thomas had allies. A few days later, Sue gently suggested that it might be time, but it wasn't until our neighbor Sally made a house call that I budged. If you can't have a vet, the mother of a vet may be the next best thing.

I started to pay attention. Poco could still eat and get up to eat but a couple of weeks ago, she sat down after 50 feet on the morning walk. She was done walking.

“Done walking” is a signpost. So was sleeping more, although if sleeping more was the only sign there were a lot of people during this pandemic who are on their way out, too.

However, Thomas knew the final journey had begun and wanted to spare her in case the valley didn’t have its first cool summer in 500 years.

If she was going, she was going happy. Poco had spareribs two out of three days. People look at you askance when you feed your dogs bones, but our dogs are happy, live a long time and I darn sure didn’t want Poco going to the next life dreaming about spareribs. She gobbled them down and wagged her tail.

Two days before she died, Charlie would lie next to her no matter where Poco went. Ordinarily, he would run to the back gate when I came home, but I was on my own because he had a more important mission. I don’t know if Charlie knew, but if he did, it was his way of saying goodbye.

There is something about the last ride to the vet. Something about taking their collar off. Poco didn’t cry about either one. I’d like to think she was brave, but that could be me hoping that I’m brave when my time comes. Brave or not, she was peaceful as if she was saying, “I don’t want to cause a fuss.”

Having a blind dog is a special responsibility. They put their paws in your hands and when they do, it’s hard to let go.

After she was gone, I texted the kids. They all responded.

“The last several times I was home in Bakersfield, I went in the backyard and sat down with Poco,” Herbie wrote.

“She was regal and dignified and sitting there petting her I almost felt like I was in the presence of some great mystic or oracle. She exuded sweetness and love and spending time with her always made me feel grounded.”

Dogs are like that. Unlike people, they get the important things right almost every time. In this story, trust is at the top of every page.