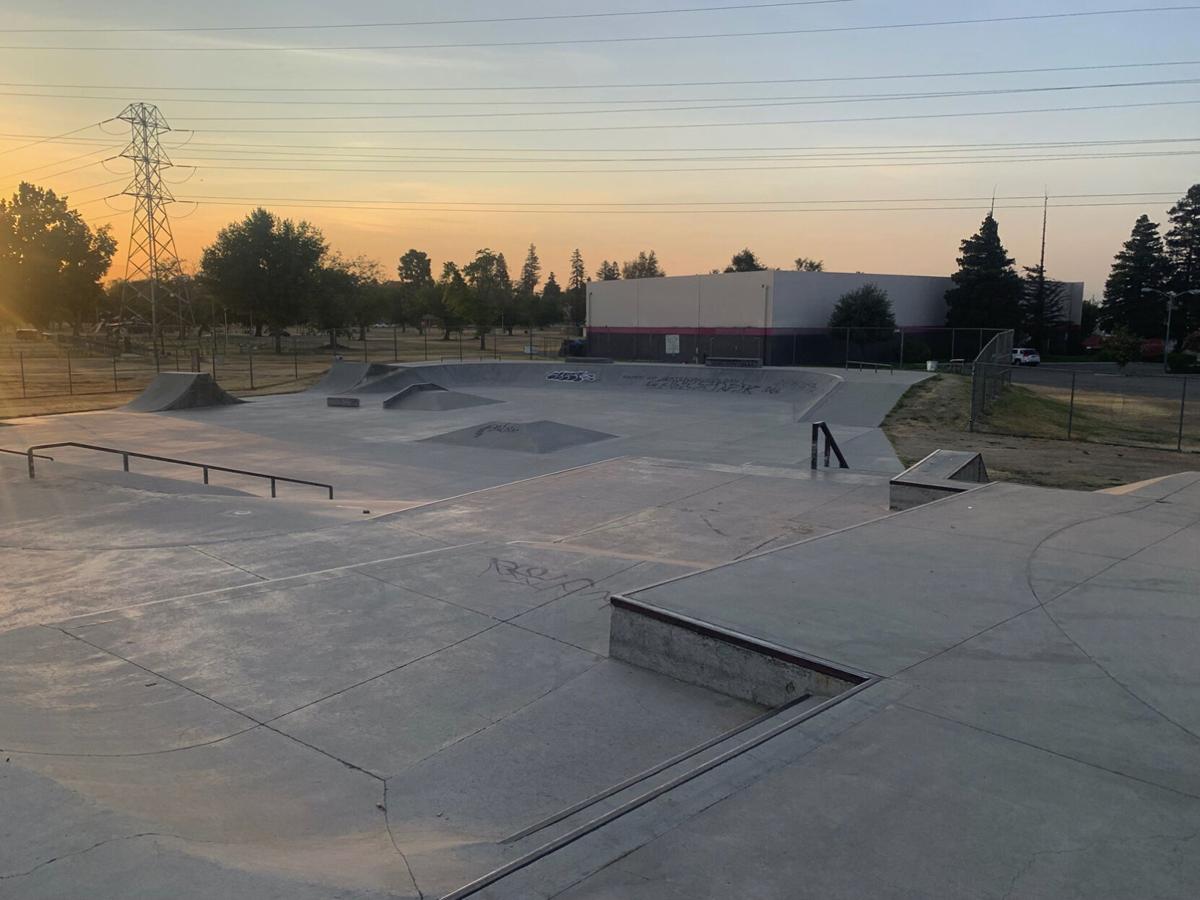 The skate park at Beach Park has a lot to offer except for the one thing we're most in need of during the summer: shade. 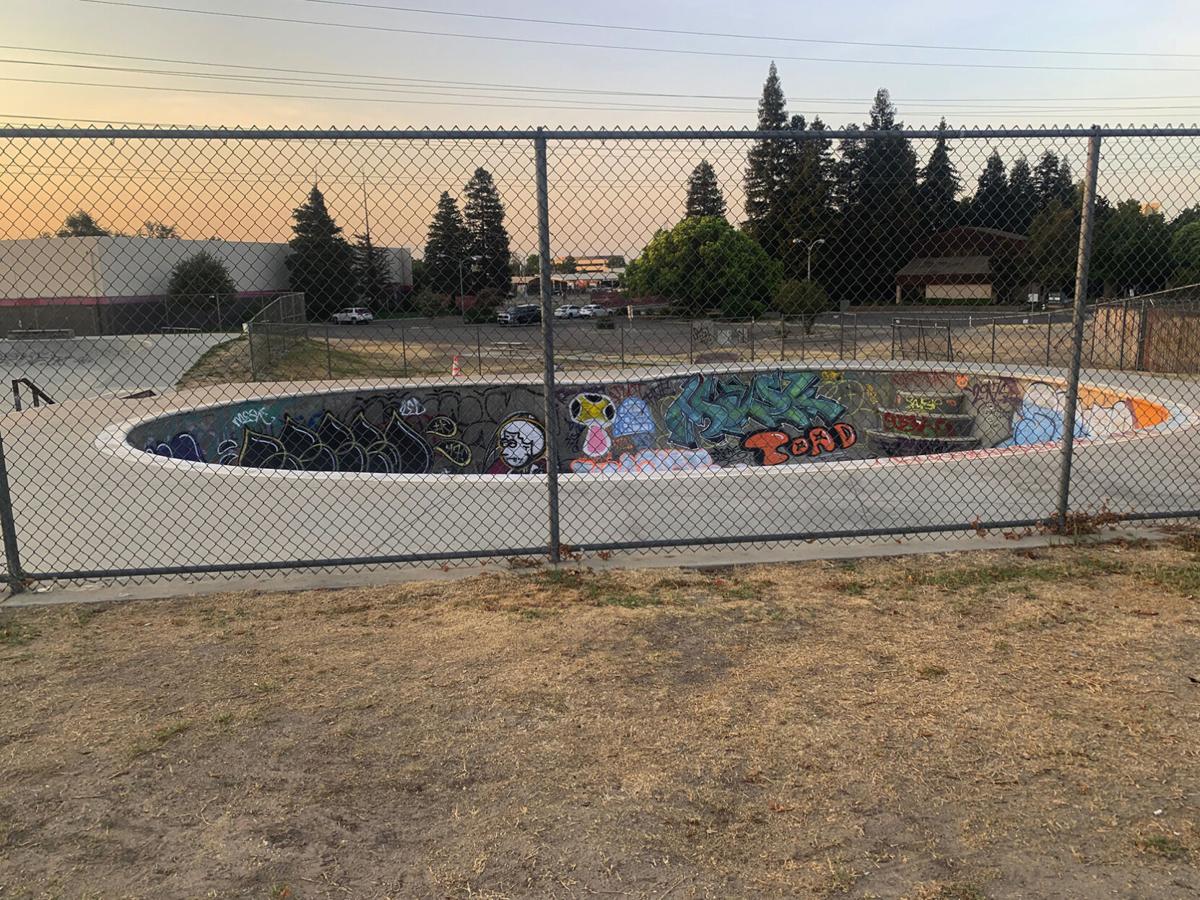 The bowl at Beach Park's skate park sees lots of drop-ins but who needs to drop in are the folks that can help install some shady spots in the area for onlookers. 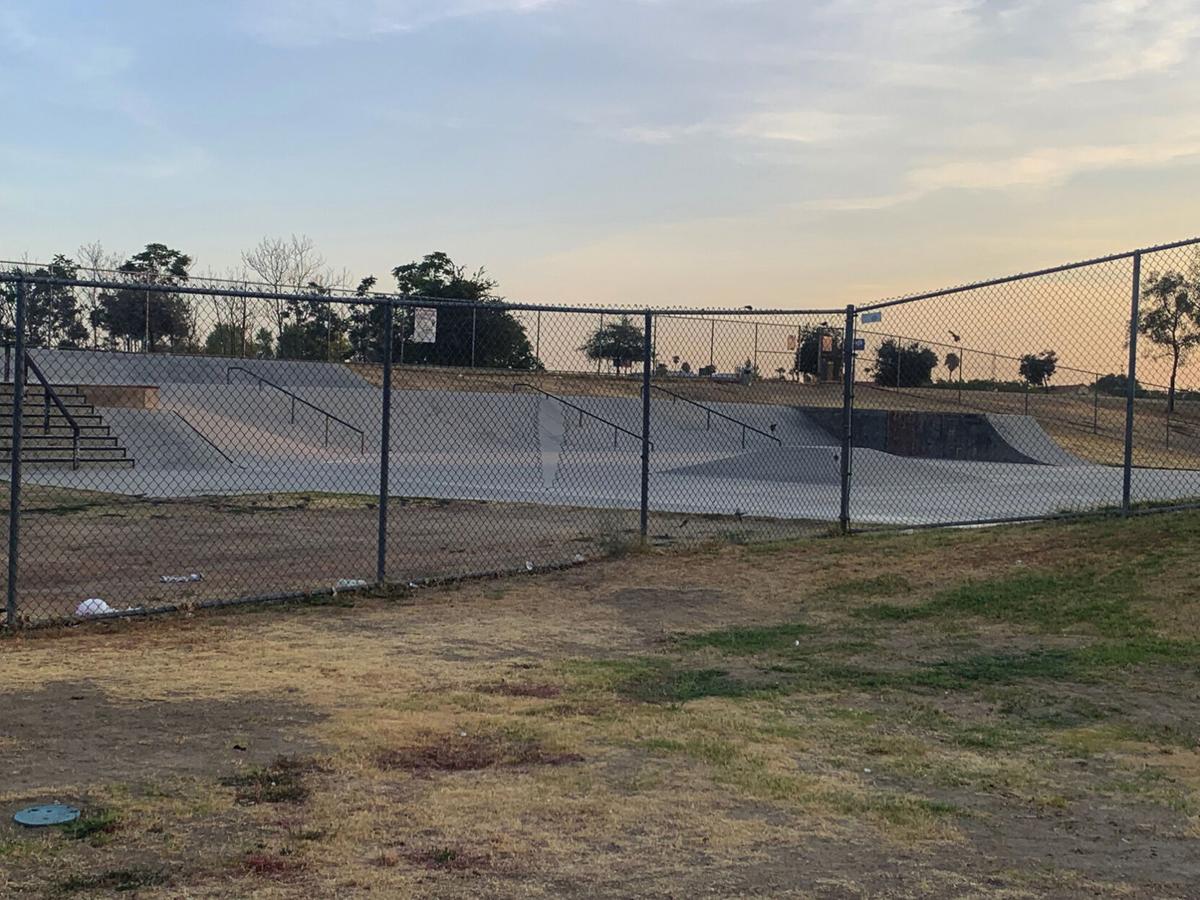 The sun rises on another day at the skate park at Beach Park. A shady spot or two would sure help the folks hanging out during the summer.

The skate park at Beach Park has a lot to offer except for the one thing we're most in need of during the summer: shade.

The bowl at Beach Park's skate park sees lots of drop-ins but who needs to drop in are the folks that can help install some shady spots in the area for onlookers.

The sun rises on another day at the skate park at Beach Park. A shady spot or two would sure help the folks hanging out during the summer.

I visited the skate park at Beach Park recently. "Visited" because I ride by there weekly, note the activity (usually there is some regardless of how early it is), and then keep on trucking.

I brought a chair and three grandkids. I don't know how old the chair is but the kids are 4, 5 and 6. They had scooters because the skate park and the people who use it tolerate scooters along with bikes, skateboards and almost every means of non-motorized conveyance.

After a tentative start, intimidated by the presence of older skaters, the kids pushed off from the chain-link fence and did their best to get in the way of everybody, but "everybody" exhibited the largess older skaters often do to younger ones.

It was 8 a.m., early enough I thought, but I thought wrong. The temperature was already in the 80s and heading upward. There was no place to run, hide or take refuge.

The kids were fine, I was dying the shadeless death special to Bakersfield, warming cement and the summer sun. I might as well have been sunning myself on the deck of the space station. The only shade was under a dilapidated picnic table but a mature man crouched under a picnic table is not a good look.

I asked a skater, a man in his late 30s, about the lack of shade and he said, "We have to get here early so we don't fry during the summer. We would welcome a pergola or some sort of shade structure."

I agreed, as I sat there trying to fend off the sunshine with my arms, my hands and an old newspaper I found pinned against the fence. This place could use some shade, deserved shade and if it had shade would make a lot of unshaded people happy. Both the athletes and the rest of us chickens roasting on a spit who were there to observe.

When the skate park was built around 20 years ago it seemed like risky business. A year or two before, the shoe company Vans had built the Disneyland of indoor skate parks on Rosedale Highway. It was 59,000 square feet, included a 30,000-square-foot indoor street course, intermediate and professional in-ground cement pools, an 8,000-square-foot outdoor street course, ramps, bowls and a Vans retail store.

The skate park was popular so Vans, in an effort to grow the sport in Bakersfield, pledged $5,000 toward building a new public, "you don't have to pay a dime" skate park at Beach, which soon got built.

The community was somewhere between enthusiastic, indifferent and ambivalent: Would anybody come? Did we want them to come ("them" being an unsavory bunch who in our popular, unschooled and uninformed imaginations would as soon run off with your lunch money as pull off a backside tail slide)?

When the park opened, you'd have thought Krispy Kreme had relocated to Beach Park. It was mobbed and though my evidence is anecdotal and is probably as reliable as something that would come from a man sitting under a picnic table, I'll bet it's among the most used public amenities the city has paid for in the last 40 years. All you have to do is sit on a porch on 20th Street and watch the parade of skaters head west toward the park rain, shine or more shine.

I'm sure it isn't perfect and people, when they are not being their better selves, can pick out the flaws and shortcomings but, to quote Reno Hightower in "The Best of Times," "it's good for around here."

The skate park could use some shade. Rather than lob a constructive grenade and retreat to air-conditioned environs, I'll throw out the first pitch, although it's possible somebody has suggested this before. How about a public/private partnership where we raise some money. Maybe with a skateboard exhibition or people reach into their wallets. I'm good for $100. Good for $100 and an appeal to any friends I have in construction who might want to help.

Otherwise I'm under the picnic table and who wants to see that?