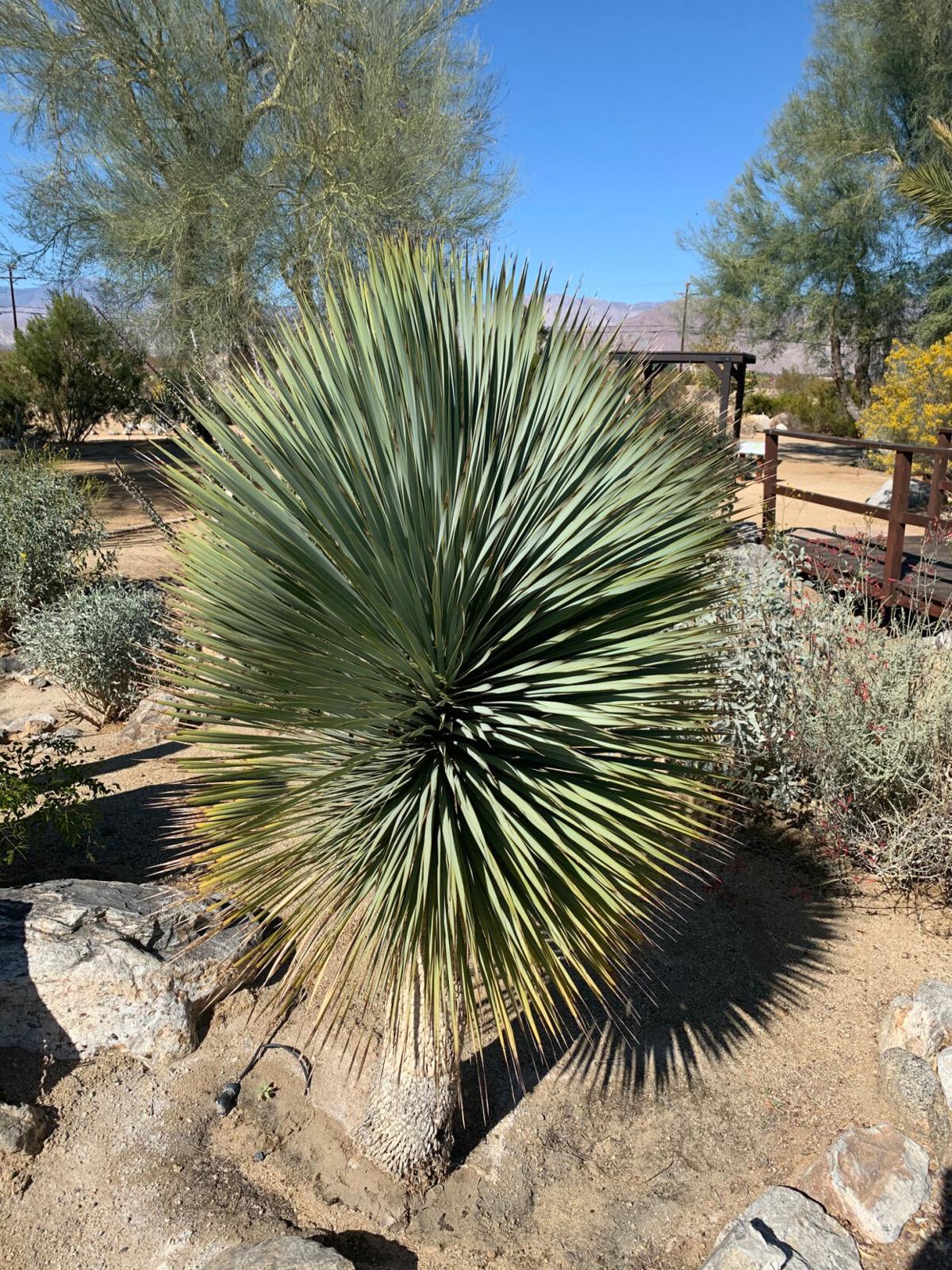 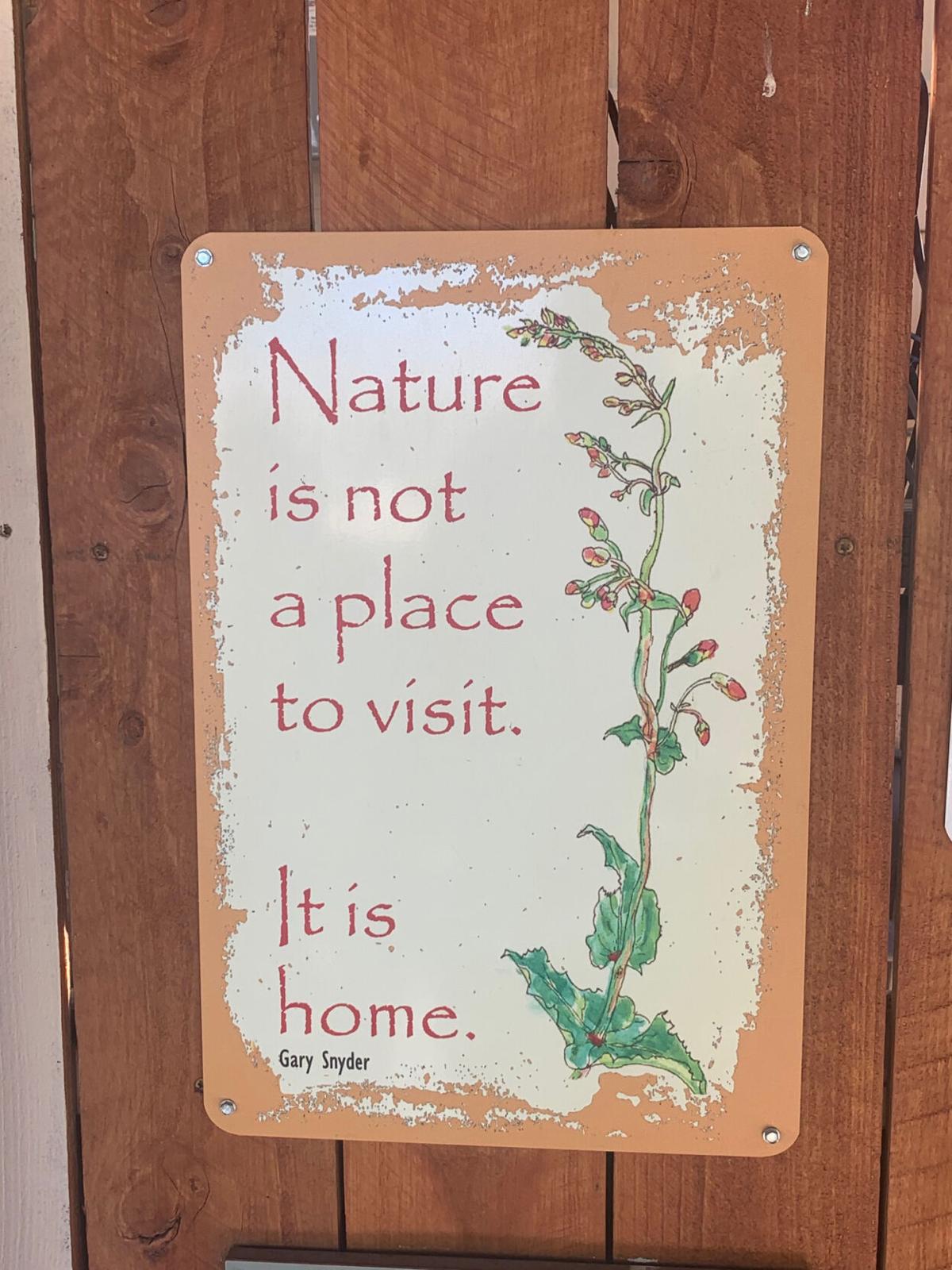 Quote by the poet Gary Snyder hanging in the garden at the Anza-Borrego Desert Natural History Association.

Quote by the poet Gary Snyder hanging in the garden at the Anza-Borrego Desert Natural History Association.

At first glance the desert looks like death, especially in a dry year, but then you stop and look and realize you could have missed it had you not paused and looked again.

The desert is quiet. So quiet you can hear yourself think or not think. Sometimes not thinking is better than thinking.

Not thinking is not death, although it may be an indication. Not thinking is emptying your mind and allowing it to fill again, albeit with similarly useless thoughts but for a minute, you could be Aristotle.

Dad used to visit the desert in the winter. After the war, when he had young bones, the desert was Tucson and the University of Arizona. When he had older bones, during the last 20 years of his life, he spent chunks of January and February there. In case he hadn’t gotten enough of the desert, his kids and grandkids have scattered some of his ashes over it because sand and ashes make a fine mix.

His place was Borrego Springs, where I recently spent a few days. I’ve always looked at Borrego as a poor man’s Palm Springs, which is not really true because the desert is filled with towns even poorer than this one. Borrego has modest aspirations, meaning boom and bust have been comfortable bedfellows. However, poor or wealthy, most of the desert towns have their own stark beauty.

Don’t forget the ocotillo bush now blooming that looks like a Dr. Seuss drawing that was planted in the desert. The Anza-Borrego Desert State Park, all 985 miles of it, is there, and during the winter, people go to camp, hike or do nothing at all. Nothing wrong with nothing at all.

The desert can be a pilgrimage. We go to reclaim, remember or forget. We know things have been simpler and more peaceful but it may have been awhile.

After Dad died five years ago, Mom kept going to Borrego and not because she had liked the place much. The wildflowers were a draw but the landscape is lean compared to the trees, lakes, rivers and summer lushness of the Eastern Sierra.

“Why do you come here?” asked my brother Derek, who met us there. “You never liked it much.”

She couldn't explain it but maybe it's bones, old bones feel good in the desert. It could be because of Dad too. He is part of the desert now.

On Sunday, Mom and I took a walk on a gravel road that skirted the San Ysidro Mountains. The temperature was 70. It was perfect, so was the air. We stopped and realized the only sound was an occasional breeze through the creosote, junipers and smoke trees.

Two men and a woman pulled up in a Subaru. They were looking for a drone that had been flying from their house a mile away that had been taken by the wind.

I asked them if there was a reward, like with Lady Gaga's dogs.

We’ll take it but we didn’t have much chance and neither did they. The desert is big and the drone is small.

We bought turkey sandwiches at the Center Market and ate it at a picnic table at the Anza-Borrego Desert Natural History Association that had a small desert garden. The sandwiches were better than expected. The bread wasn’t too thick, the turkey was thick enough and the avocado was mashed against the roof of the bread and wasn’t going anywhere.

We walked around the garden. It was like the Santa Barbara Zoo. Just the right scale. Twenty minutes and back to the car.

There was a bulletin board on the way out with a poster and a quote from poet Gary Snyder. It read “Nature is not a place to visit. It is home.”

Home. We were close.