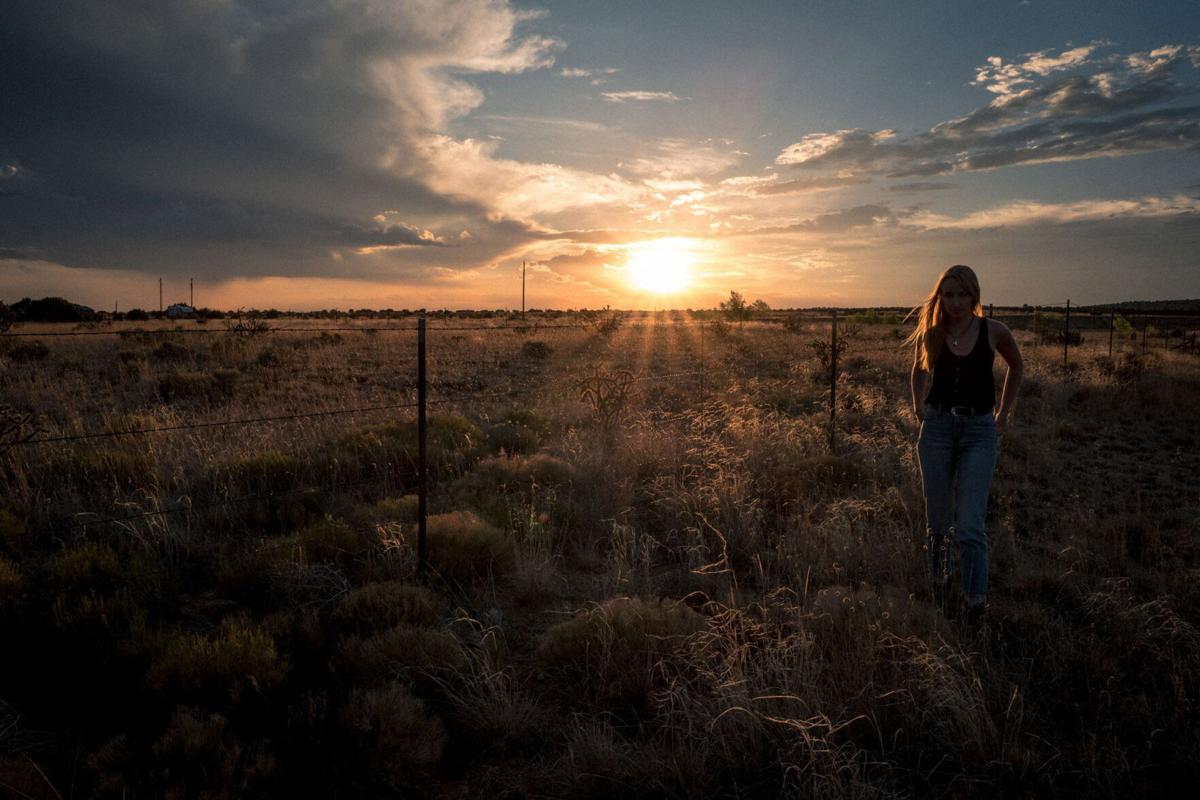 Herb Benham is getting ready to chase sunsets in New Mexico and beyond for his upcoming road trip.

Herb Benham is getting ready to chase sunsets in New Mexico and beyond for his upcoming road trip.

There are different ways of feeling small. Stand next to the world's tallest man at a circus. Lie on your back and look up at the Eiffel Tower. Gaze at the night sky crowded with stars.

Another would be to pore over a map of the United States and contemplate driving across the country. The U.S. is big, two people in a Subaru Forester are not.

Most people who have crossed the country have done it at or in an earlier age. Crossed in a push cart, on a horse or in a dead sprint trying to outrun wild animals. Launched as a kid with their families, in college, driving to a first job or because they were curious, adventuresome or broke.

Sue's done it. After college, she drove west to law school in her green Maverick. Once or twice with her parents in their station wagon when station wagons included too many kids and back seats facing the wrong way.

Not me. Not Mr. Worldly.

I've taken some road trips with the kids to Montana and Wyoming — them protesting and us crowing about how great it was.

I've been to Oregon, Washington and Vancouver on a couple of junior tennis junkets. I sprinted through New York, Pennsylvania, Delaware, New Jersey, Vermont, New Hampshire, Maine, Washington and Virginia but only because I went to college back east and there was tennis or a girl at the end of the rainbow.

Europe, South America, India, South Africa, Mexico — none of these count according to my father-in-law, who's probably crossed the country a dozen times, unless you've seen the U.S. front to back or back to front.

Seen it and not from the temperature-controlled cabin of a 747 but through the window of a car, preferably one that doesn't have air conditioning, might break down or whose registration will expire sometime in the middle of your trip.

For him, for many people, crossing the country is almost an act of patriotism and a rite of passage. Something every American should do in order to understand who he or she is and where they live. Then maybe you count Europe or maybe you don't.

The trip is about 6,258 miles long. That's a lot. I don't know where to start but easing down the accelerator, merging onto 58 and floating over the Tehachapi Mountains is probably as good a place as any.

If not now, when? That was part of the calculation. It's like hiking Machu Picchu. Put it off too long, if it's on your list, you may have to do it strapped to the back of a Sherpa.

Driving long distances is not physical like hiking at altitude is physical but it requires some endurance and being able to stay awake. If not, you end up in a frame on your children's dressers or in your grandchildren's scrapbook. Two people who loved you with all of their hearts but who died in Kansas and now are just dust in the wind.

This was Sue's idea. She's always trying to further my travel education and I resist as a matter of principle, then relent and, when the trip turns out well, say, "Wasn't that a good idea I had?"

There is another reason for going. It's been a long 14 months. Most of us haven't gone anywhere. L.A. or San Diego have been a big deal and now that the world is opening up again, this seems like the time. A road trip feels like a logical first step. A confidence builder before jumping on an airplane and flying over this great country again to get somewhere with menus in incomprehensible languages and sitting among people who may or may not like us.

Trips have playlists. Trips have themes. "Looking for America" is the theme of this one.

I made a playlist for the trip. Went down the Spotify rabbit hole and when I crawled out the playlist was 12 hours and 9 minutes long.

"Take it to the Limit," by the Eagles is on there, so is "Oh, What a Beautiful Morning" from "Oklahoma" when we drive through Oklahoma and lots of Johnny Cash, Merle Haggard, Nanci Griffith, New Riders of the Purple Sage and the Desert Rose Band.

What do you pack? Alcohol was first on my list. Do you bring a case of wine in case you end up thirsty in someplace that is dry? "Bring liquor," said friend Bob. "It takes up less space." There is a man who has thought through things and maybe been dry too.

I'm taking a back scratcher. A pillow because some motels only give two and when I have only one pillow, I panic and when I take Sue's, she'll be rolling up a towel for hers.

New sunglasses, three pairs of reading glasses, two Chromebooks, boxes of Good & Plenty and Hot Tamales. Junior Mints melt so they're staying here in the freezer as inducement to return home. Photos of the kids and grandkids, but that's easy with an iPhone.

I'm scared. Small men run scared. I love my home. California too. It's a good time of year here. It seems counterintuitive to drive away from spring but maybe we'll find a second spring on the road.

I don't know what I'm looking for. Maybe some new landscapes. Good food. Mostly though, it's people, people in all of their regular splendor, because that's the America we're all looking for.

My beloved editor asked me a week ago what this column would be about. Although the car was packed, the itinerary printed, the car washed and …