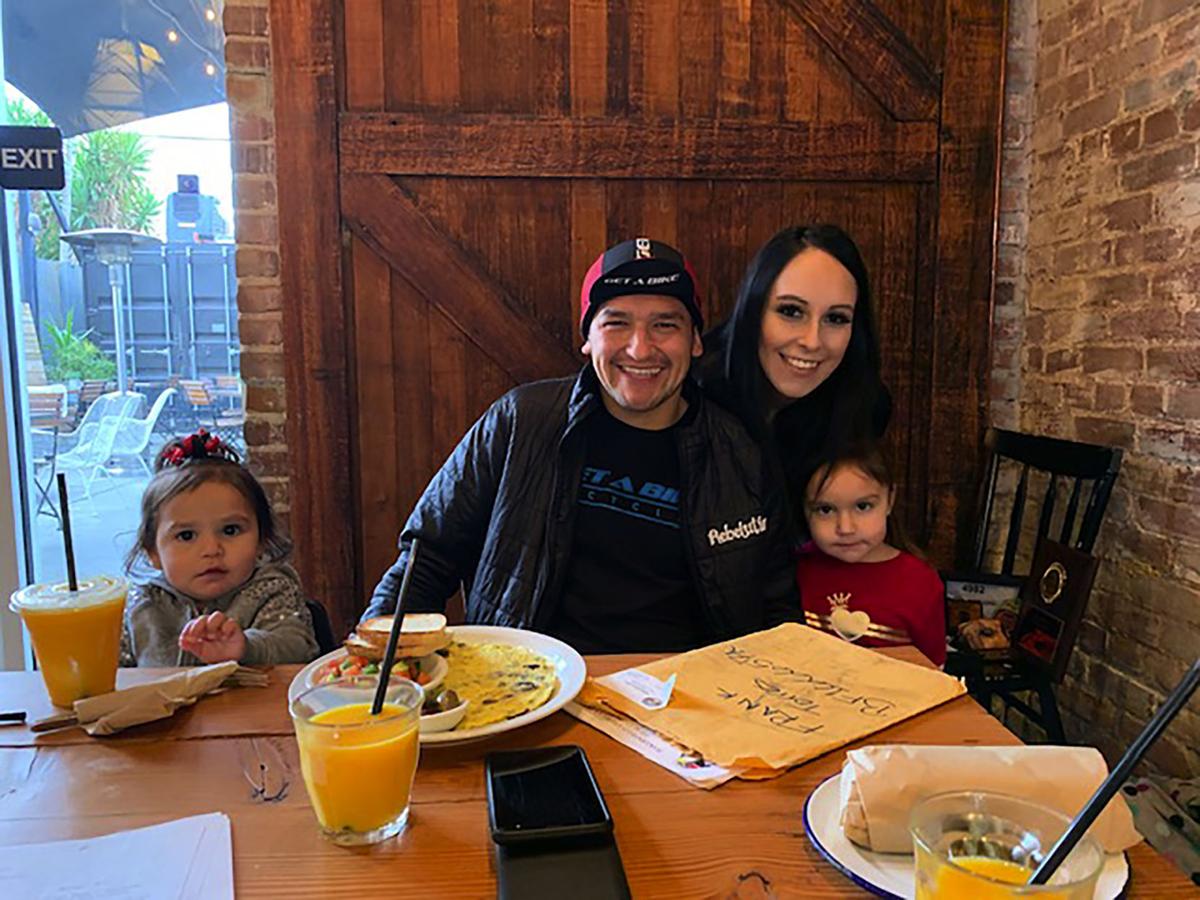 Frank Torres, second from left, with, from left, daughter Zoe, wife Stephanie and daughter Destinee. Torres beat addiction and the demons that come with it by taking up long-distance cycling. 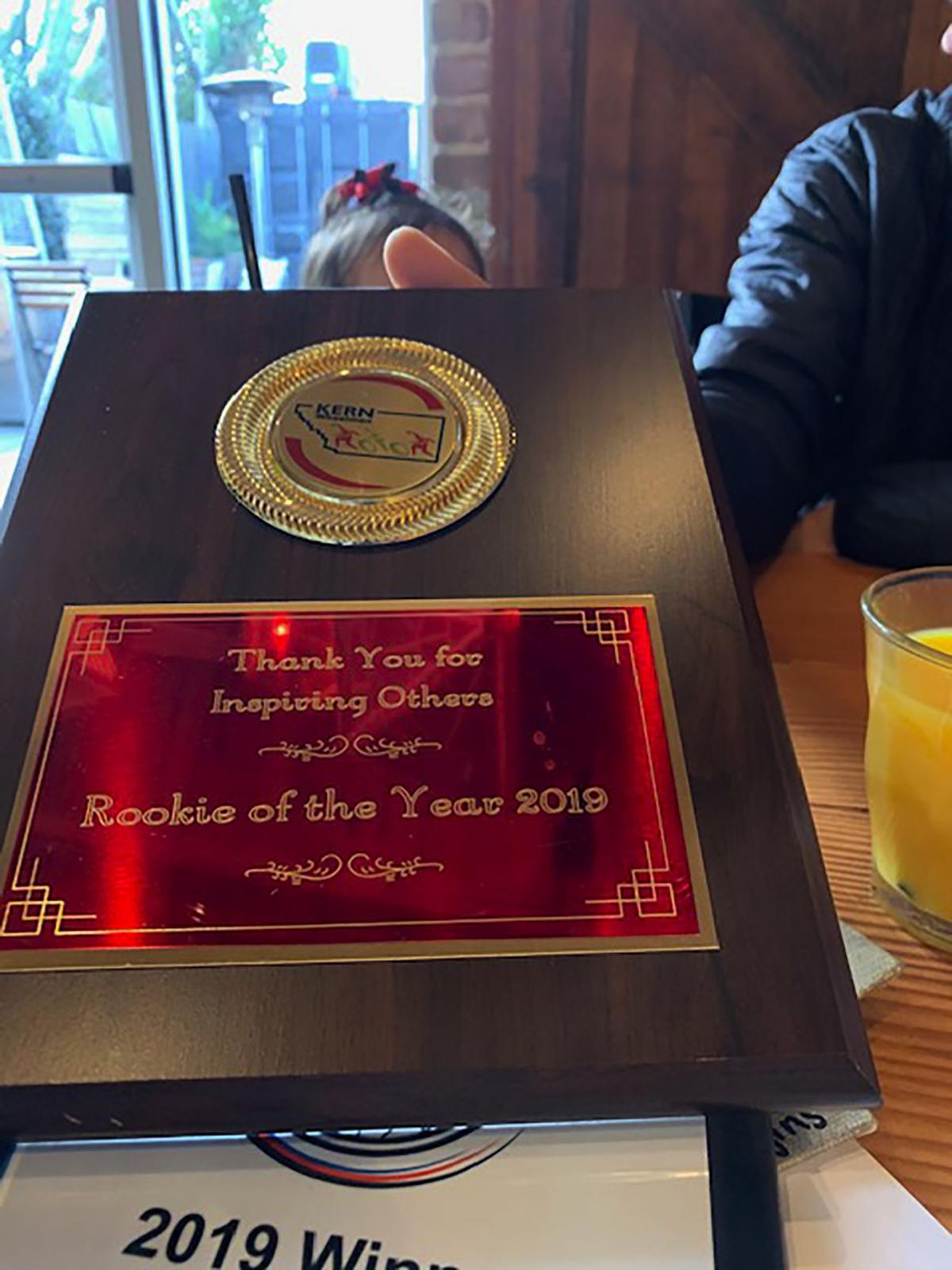 Frank Torres shows off one of his cycling awards. He credits cycling with saving his life and his marriage. 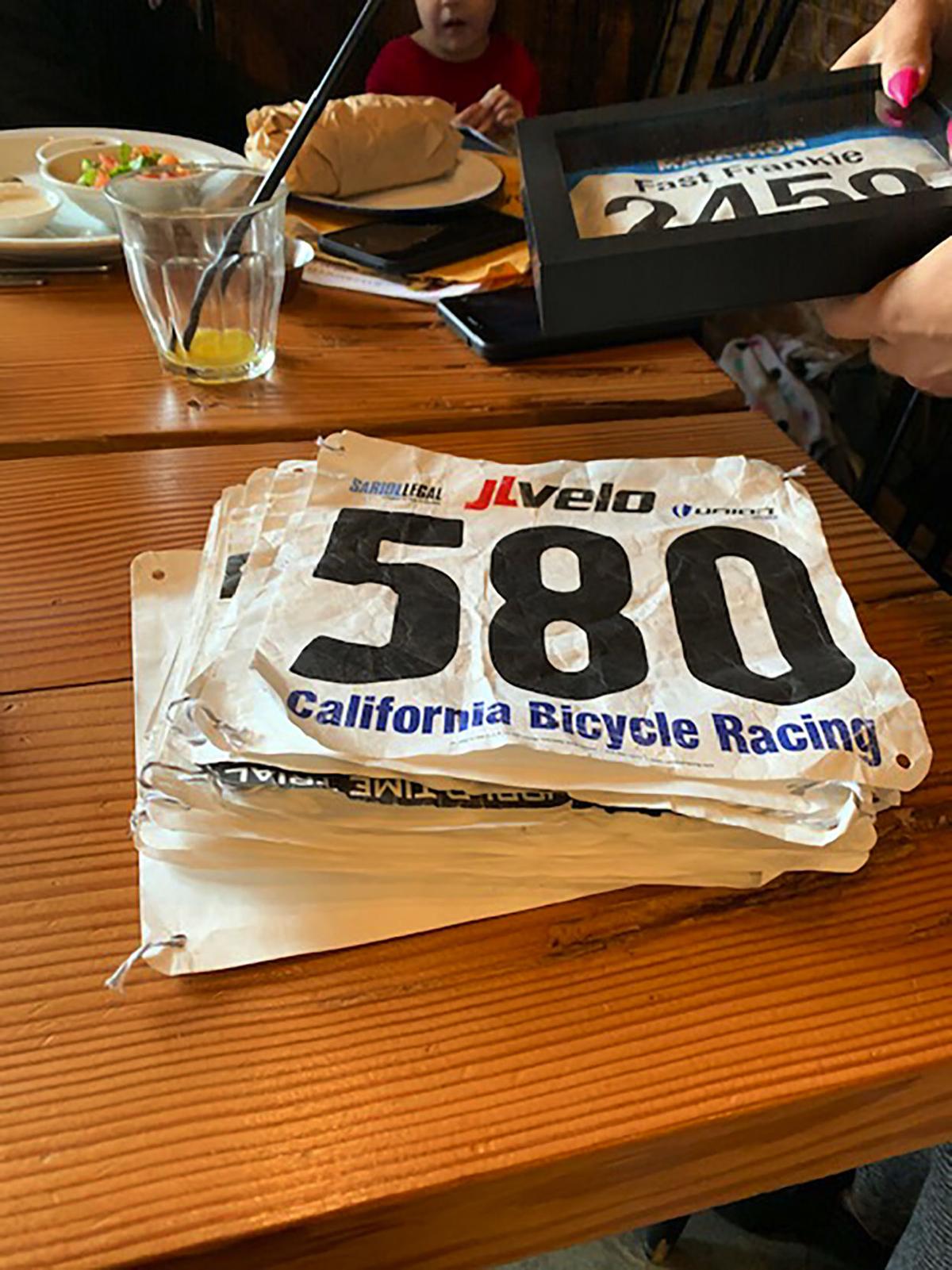 Frank Torres' jersey from a long-distance cycling race. Last year, Torres rode more than 10,000 miles, saving him from drug and alcohol abuse and helping him become a a better husband and father.

Frank Torres, second from left, with, from left, daughter Zoe, wife Stephanie and daughter Destinee. Torres beat addiction and the demons that come with it by taking up long-distance cycling.

Frank Torres shows off one of his cycling awards. He credits cycling with saving his life and his marriage.

Frank Torres' jersey from a long-distance cycling race. Last year, Torres rode more than 10,000 miles, saving him from drug and alcohol abuse and helping him become a a better husband and father.

Talk about a mess. A train wreck. A 19-car pileup.

Torres was all three. All three and 6 feet of chaos and confusion in a 5-foot 5-inch frame.

Torres, 32, has turned his life around, starting with being two years clean and sober. He’s a better husband to his wife, Stephanie (they’ve known each other since junior high), and a more loving father to their eight children. He owes it to riding a bike first for transportation, then for exercise and finally for salvation.

I learned about Torres from Darryl Pope, former wrestler, cyclist and principal of Thompson Junior High, who sent this email:

“Frankie Torres is a regular on the bike path and an amazing story of a troubled youth that struggled a good part of his life. His addiction to alcohol caused him to hit rock bottom, be placed in alternative education, lose his driver's license, spend time in jail and pay thousands of dollars in fines.

“Today, he is sober, thriving in all areas of his life, and confident that he will qualify for the 2021 Race Across America (RAAM). As a principal of a middle school, I deal with troubled young men every day. I find Frankie's story one of great hope and inspiration.”

If anything, Pope was short-selling the trouble Torres has been in. He has six DUIs? Who tops that? Tops that and is still walking around?

Torres never killed anybody but that doesn’t mean he wasn’t a menace to society and a source of heartbreak for his wife and children.

After his sixth DUI (he fled the scene), Torres was arrested in 2017 while he was in family court on a custody battle. He spent six days in jail, had a $50,000 bail and was eventually sentenced to a year in prison.

He was released, put on five years' probation and had to wear an ankle bracelet and a Breathalyzer for 11 months.

Torres went to AA meetings seven days a week for 90 days. He got a job at Bakersfield Overtime, an automotive repair shop he used to own, and now works at Speedy Smog.

Stephanie took him back, an act of faith that has been rewarded.

“I told him I loved him and we gave it another shot," Stephanie said. “We had our first daughter. Raised our blended family. Three kids later, we are in an amazing place. As a couple and as a family, it was a rough journey but we did it together. I took a chance on love and I'm glad I did.”

Relationship intact, on the path to sobriety, now Torres had to get to work. He took the bus from their house near BC to his job on White Lane, a distance of 12.5 miles.

That bike turned his life around. That bike and an 1½-hour commute one way was the beginning of another beginning.

“It took me an hour and a half because I had to stop every 30 minutes, blew through the Breathalyzer and tote a 20-pound backpack, which had a gallon of water and the battery for the ankle monitor and breathalyzer.”

After a year, Torres cut down his commute time and did his first group ride with other cyclists.

“I got dropped on Jost Hill (on Alfred Harrell Highway),” Torres said. “I cried all the way home and I decided I would do 40 miles a day. It took me three months to go back to that group.”

With Stephanie’s blessing, he bought a new Raleigh bike from Snider’s and, later on, a helmet and clip-in pedals.

Look what two years has wrought. Torres has become an absolute monster on the bike and more of a human off it. His cycling accomplishments include:

● Completing the metric century in the Tehachapi Gran Fondo in 2018, finishing third, and last year doing the whole century.

● Doing the triple crown in 2019 — three double centuries in one year.

● Being sponsored by the team Getabike USA and now riding a 13-pound bike.

● Being named 2019 rookie of year by the Kern Wheelmen.

● Running, without training, a half marathon in less than two hours with his riding buddy and mentor, Kalub Flory, at the Bakersfield Marathon.

Riding has helped all parts of his life. Torres weighs 145 pounds, has more patience and he says he has learned how to love a woman.

Torres has also inspired other people including Dwayne Moss, with whom he rode for 10 hours at 10 mph in a cystic fibrosis fundraiser.

Torres has climbed mountains, ridden in the desert at 3 a.m. and suffered in a way he did not know was possible. He has learned important lessons. One is that all roads worth traveling lead home.

Kudos Frank. Thanks for sharing this story Herb.