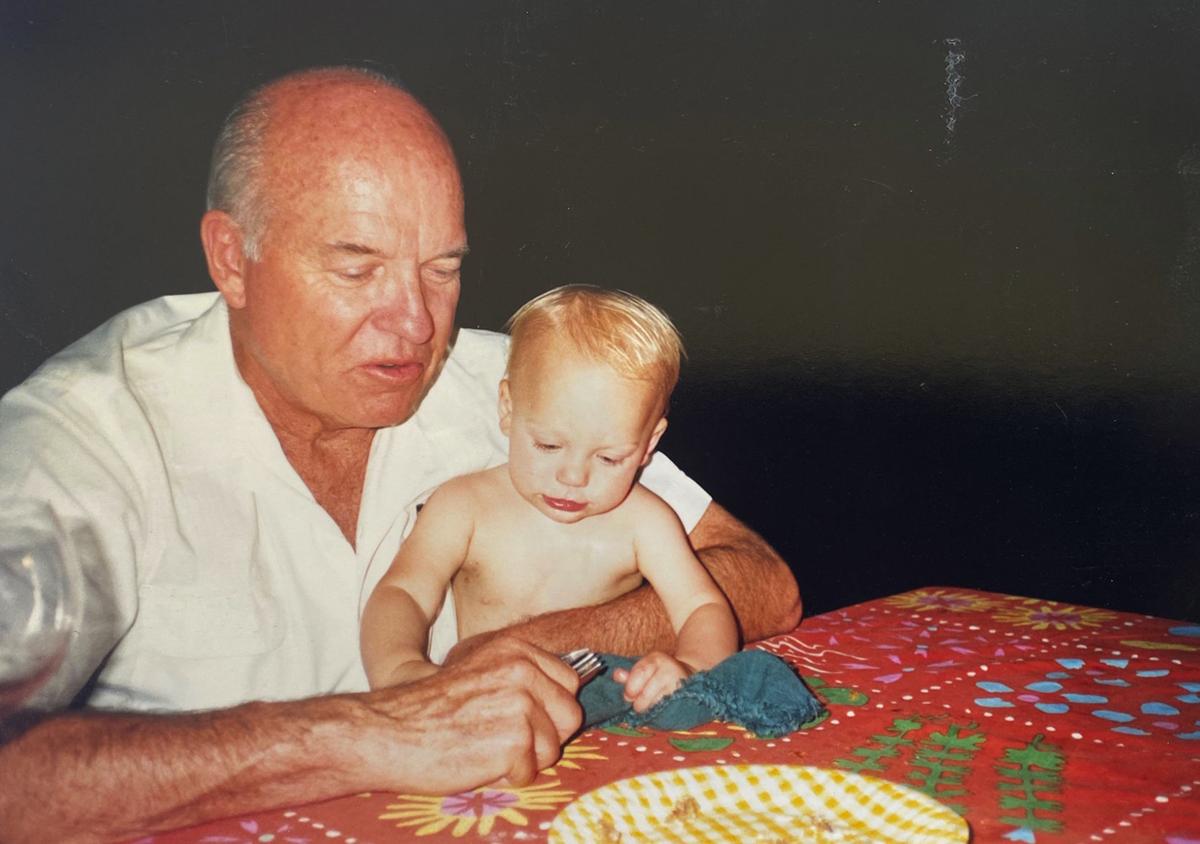 Big Herb holding Sam, his then-1-year-old grandson. Now Sam is a father himself. 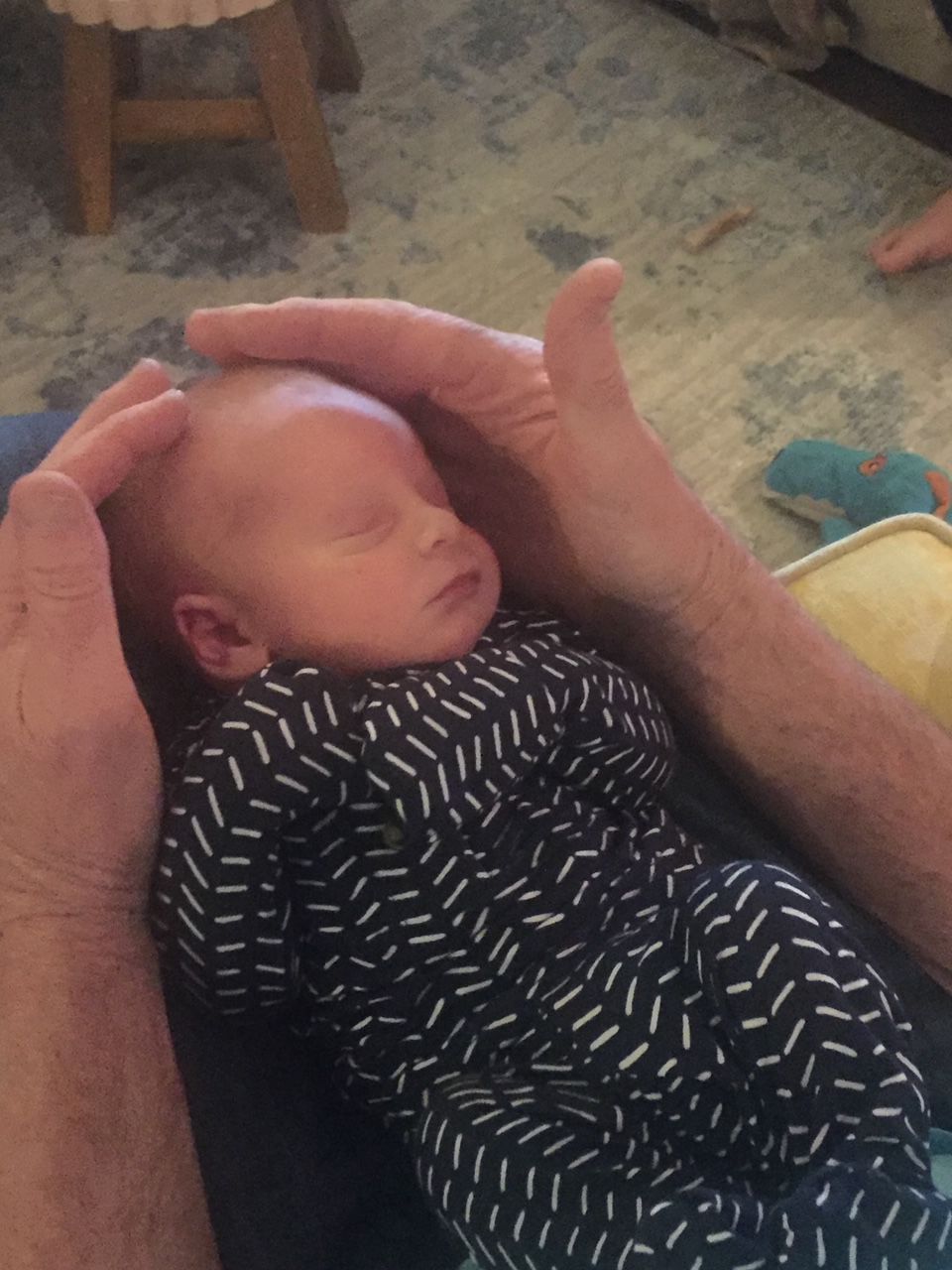 Big Herb holding Sam, his then-1-year-old grandson. Now Sam is a father himself.

This has been a week. This probably will always be a week. Dad died four years ago on June 15, Mom’s birthday is the 16th and today is Father’s Day.

One of my last memories of Dad was with Sam, his grandson and now the newest father in our family with 2-month-old Henry. Sam had come to see his grandfather close to the end, when thoughts may run inward and toward the outlines of an unfamiliar journey. Dad opened his eyes to see Sam at his bedside, smiled like only he could smile, challenging the sun, and whispered, “Sam.”

The Sam he had known when Sam was a baby, Sam the spirited teenager and Sam, who was to become, soon after Dad’s death, a father himself. Sam who, like his other 17 grandchildren, he had loved and believed in from the beginning to the moment he left this earth.

Father, grandfather, confidante and friend. A role he grew into, relished and pulled off with a flourish.

Sue and I were walking up Old Mammoth Road toward the Mammoth Rock Trail. It was steeper and longer than I remembered but also a repository of my early memories of Mammoth. When I was a kid, we stayed in houses on that road and it made me think of my parents, their station wagon and the ungodly task of getting six kids dressed, mittened and booted for a day of skiing. A sturdier generation than the ones following theirs, which didn’t preclude them from swearing like sailors while packing us into the car.

“You know Henry looks like your dad,” Sue said, as we trudged up the hill.

Does he? I’m not one of these people who can see cross-generational resemblances in a 2-month-old, but why not go with it. It makes a good story a better story.

Sue reminded me what day it was. The day we said goodbye to Dad. We had a moment. The moment turned into two moments, then three because sometimes you just don’t want to let the moment go.

The grave is of "The wife of pioneer Bryant M. Townsend — Julia, mother of three children (who) tragically perished during the severe winter of 1882.”

The trailhead for the Mammoth Rock Trail saved the day if only by ending the steep hike up Old Mammoth Road and pitching us downhill with a 180 of the condos, golf course and the White Mountains beyond. Three birds cried as they flew below Mammoth Rock. I’m not my mother, so I don’t know what kind of birds they were but it was as if they were saying, “Pay attention, embrace this day and tomorrow, double down again.”

That is the way to remember people. When the wind blows, the birds cry, even birds I can’t identify, or somebody is laughing. Some of us may not be able to see the miracle of genetics in a 2-month-old, but we can sense the strength of spirit that moves between generations.

“Sense,” on this day, the spirit that flows between sons, fathers and grandfathers. Raise a glass, say a prayer or take a walk. This is a day for celebration. Appreciation too.