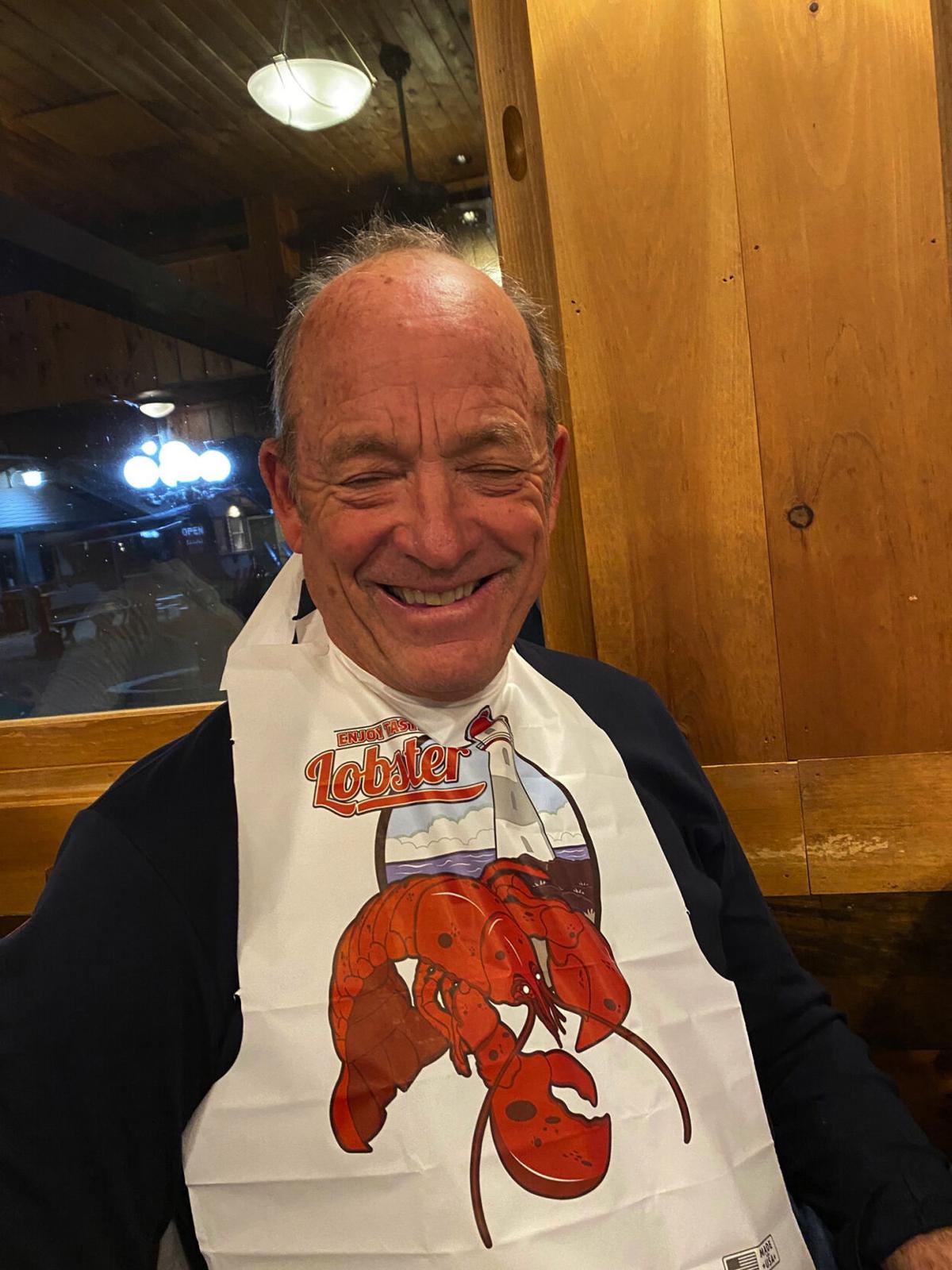 Time to don the big apron and say a prayer to the lobster. 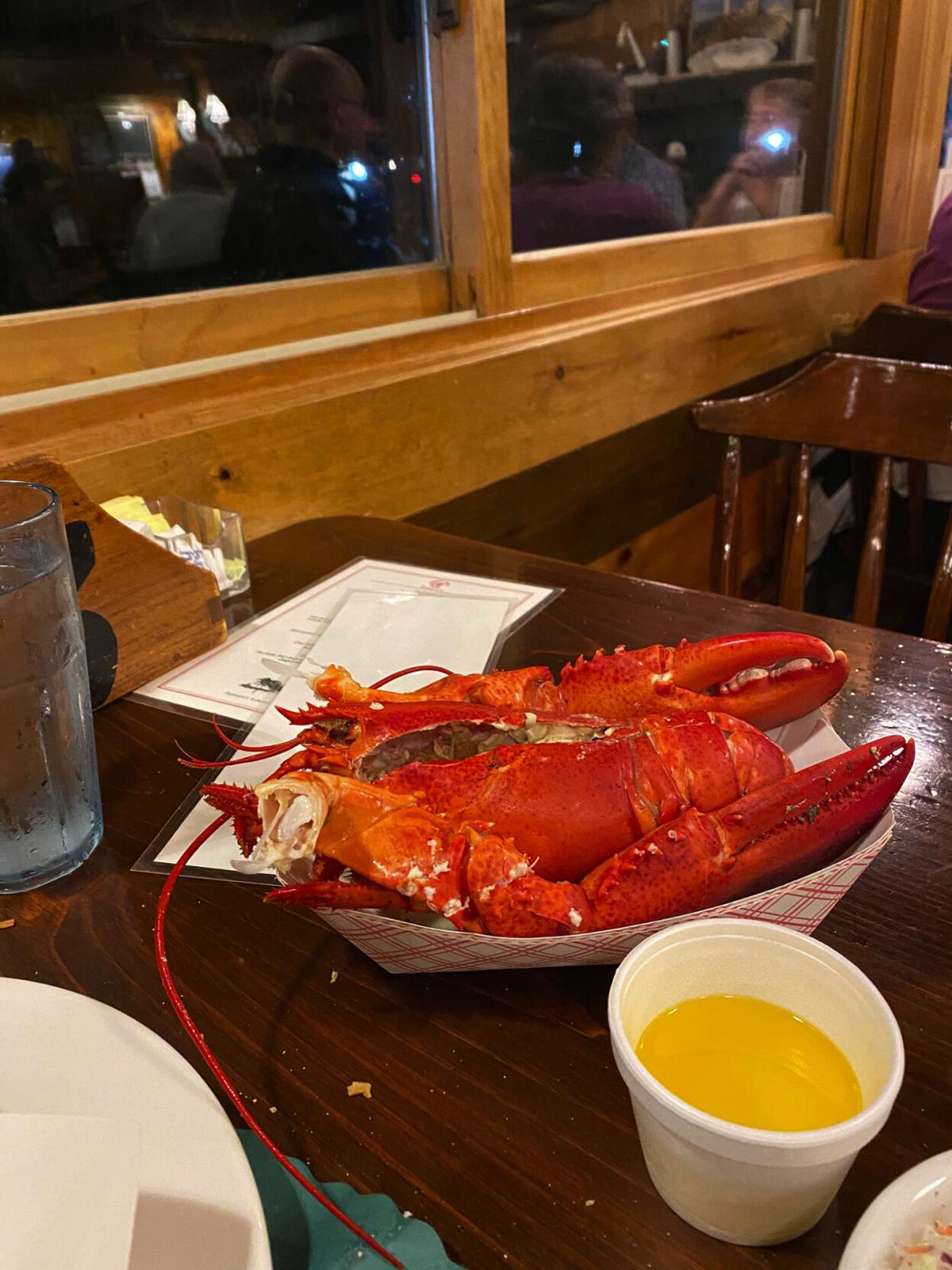 Time to go mano a mano with a Maine lobster at the Ogunquit Lobster Pound. 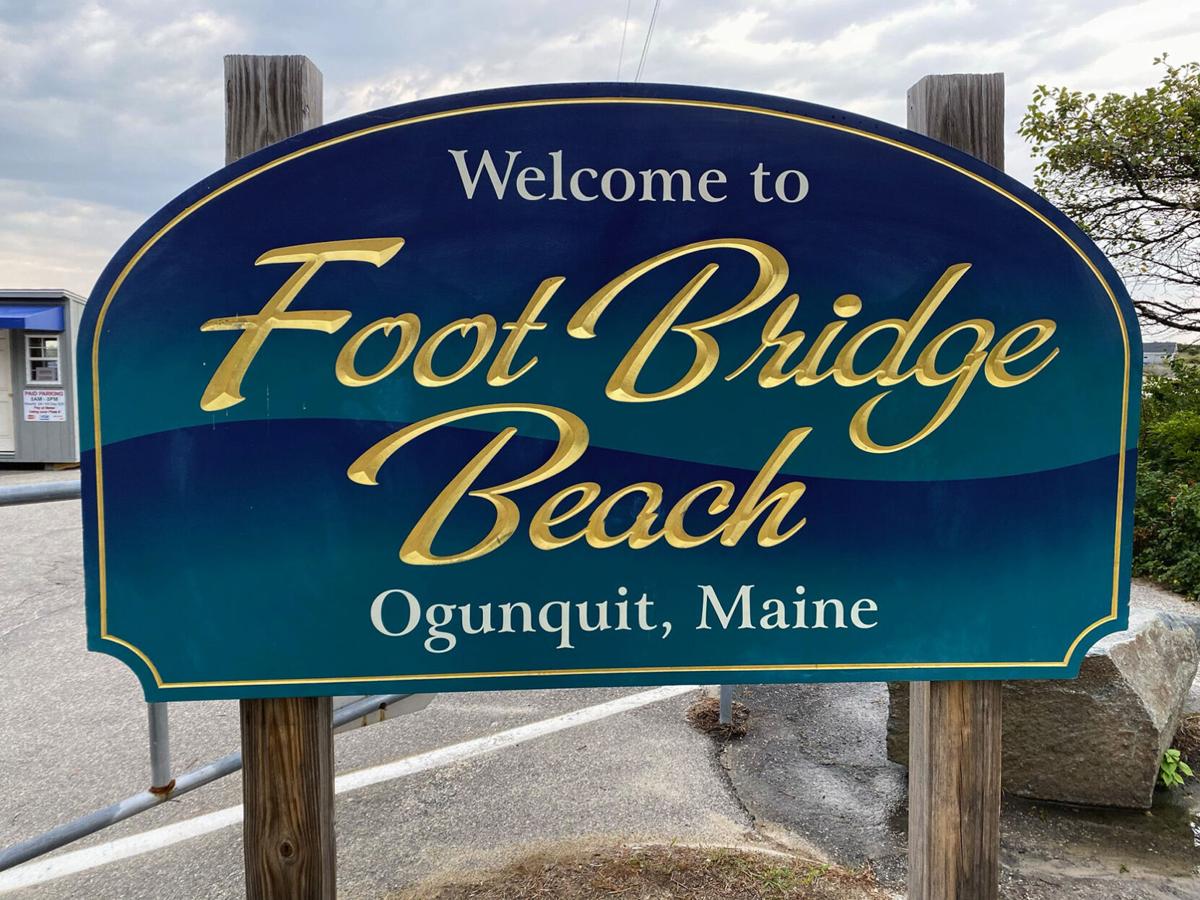 Foot Bridge Beach in Oguinquit, Maine, has to be one of the sandiest beaches in the state. 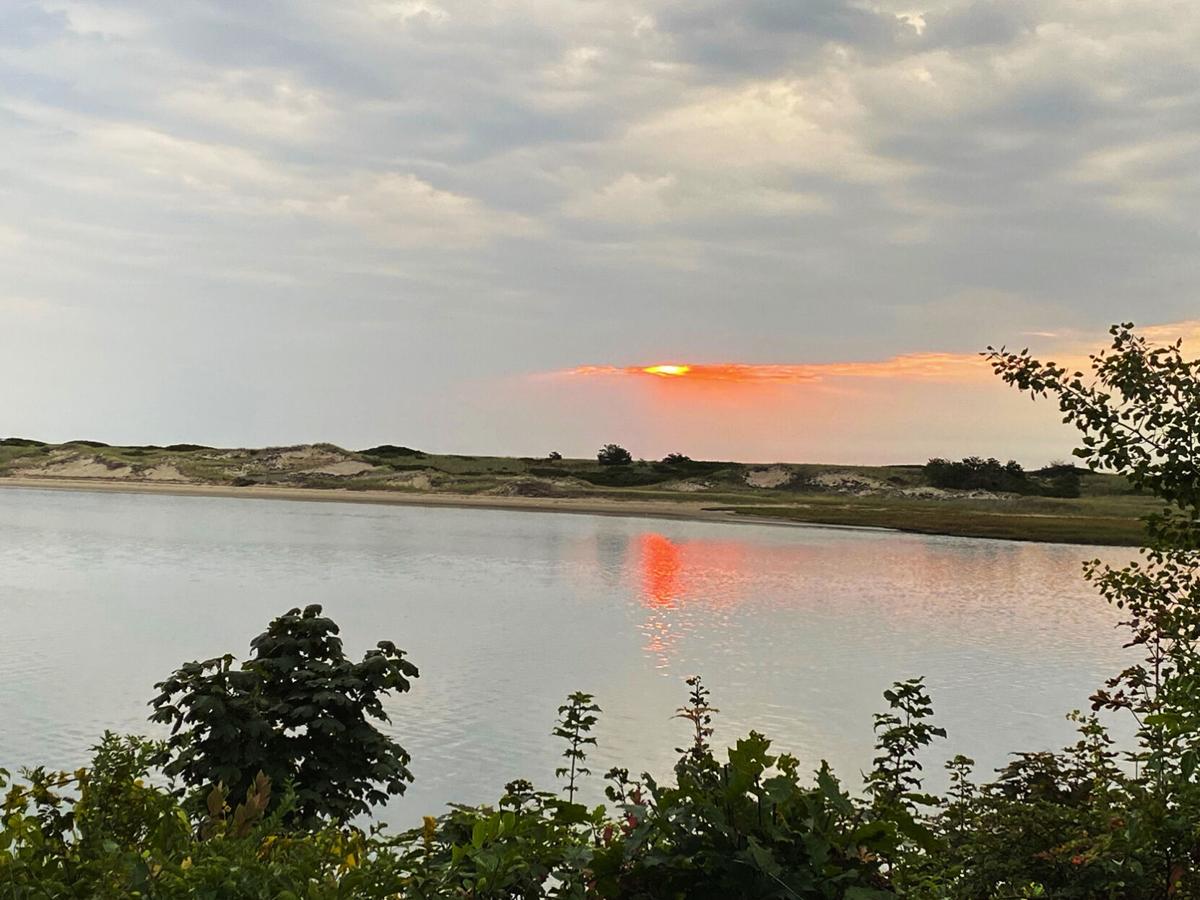 A beautiful sunset in Ogunquit, Maine. 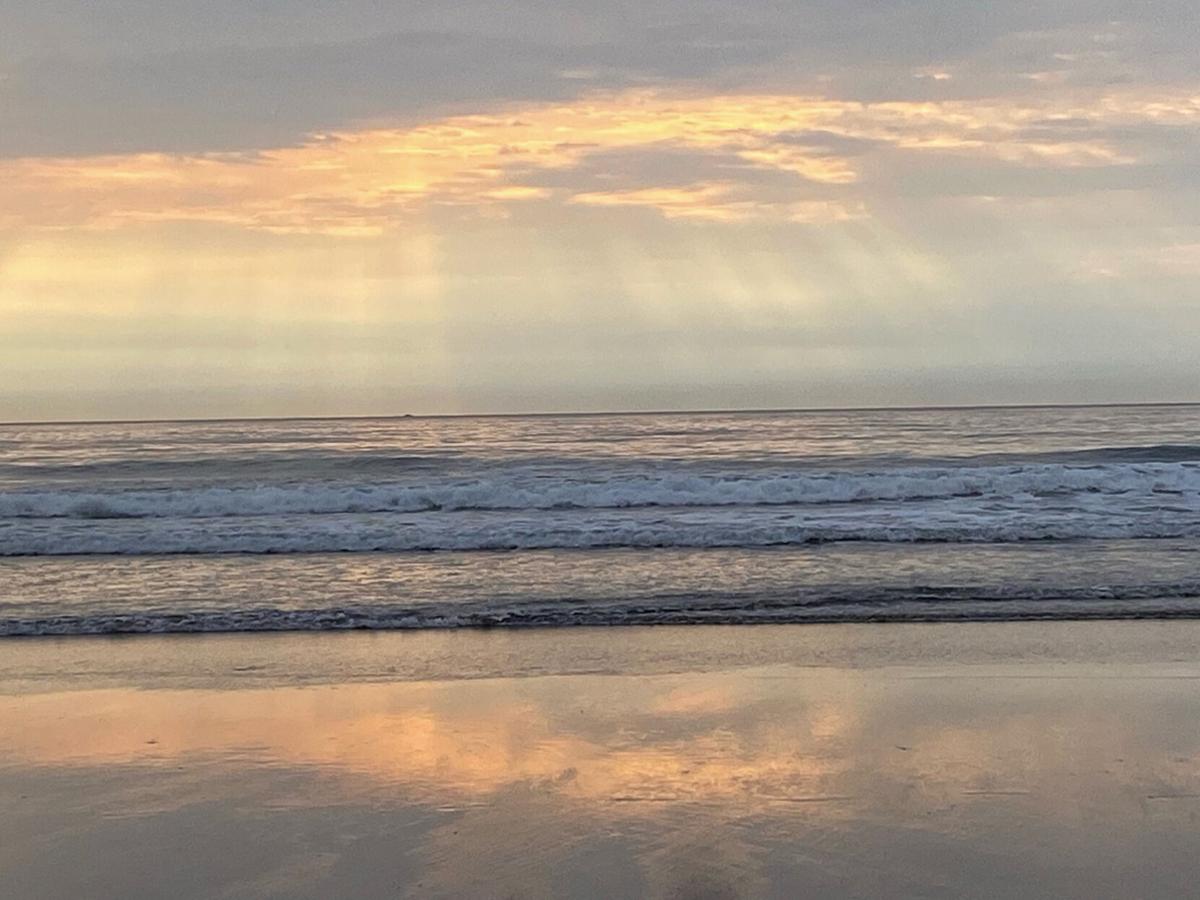 A view of the Atlantic from a sandy beach in Ogunquit, Maine.

Time to don the big apron and say a prayer to the lobster.

Time to go mano a mano with a Maine lobster at the Ogunquit Lobster Pound.

Foot Bridge Beach in Oguinquit, Maine, has to be one of the sandiest beaches in the state.

A beautiful sunset in Ogunquit, Maine.

A view of the Atlantic from a sandy beach in Ogunquit, Maine.

The pressure was on to eat my first lobster. "Pressure," not like it's punishment to eat lobster, but you can't go to Maine, as we did on our recent road trip, and not eat one. They almost chase you down in the parking lot.

Our first night in Ogunquit, in Southern Maine, we ate at the Ogunquit Lobster Pound, which was walking distance from our motel, and close to one of the sandiest stretches of beach in Maine, unlike the gorgeous rocky coves you see in most places there.

As we walked up the restaurant, you could see the big tanks of cold water, housing lobsters it turned out, attached to a separate tank with steamy, boiling water.

I sat down and looked at the menu and chose the boiled Maine lobster. Nothing complicated about that, except that it listed the always mysterious "market price." Turns out Maine lobsters are not cheap even in Maine.

I looked around to see who else had ordered lobster and a man at the table to our right was midstream in eating one. He was completely engrossed in the task and I knew this not only because I could see the bowl of lobster but because he was wearing the giant telltale apron with the picture of a lobster on it.

Given the big apron, he might as well have been lit by a spotlight. It reminded me of birthdays at a Mexican restaurant when servers put the big sombrero on the birthday boy or girl and sing "Happy Birthday."

They might as well have sung "Happy Lobster" to the man wearing the big apron because that's how conspicuous it was.

Could we do mine a little more under the radar? I didn't want to advertise to the whole restaurant that I was having my first Maine lobster."

"You have to go and choose your lobster,' said our server, handing me a scrap of blue paper.

Why? You pick it out. I trust you.

I don't want to meet the lobster, I just want to eat the lobster. I'm not looking for a relationship with the lobster and I'd rather not have him look into my eyes with his steely gaze.

Was this a Maine ritual meant to test your resolve or a version of you have to kill what you eat because in some way it honors what you are eating?

Whatever it was, she was not serving me lobster unless I went to the tank and picked one. I stared at the lobsters in the tank in the same way you might size up a watermelon in the supermarket but at least you can tap the melon and pretend like you hear the deep, mellifluous sounds of a ripe watermelon.

Try that with a lobster and all you hear is a string of colorful words as you try to dislodge a lobster claw from your index finger.

I pointed to one but then it moved and another one took its place and the guy standing over the tank grabbed that one. That's mortality for you. One minute you move from the bench and the building falls on the next guy who takes your place.

I gave the man my scrap of blue paper, went inside, sat down and waited to hear the high-pitched screams of a lobster.

Twenty minutes later, our server brought the lobster and a generous metal cup of melted butter. I waited until the lobster was on the table before I put on the bib because I was afraid somebody might put a sombrero on me and sing a song.

I couldn't tell whether it was my lobster or some other lobster but whichever lobster it was, it looked smaller than it had in the tank. The lobster looked like it had given up and it had every reason to do so.

Lobster is good, but butter is better. Butter will make snails taste good, so improving a lobster is not a big deal.