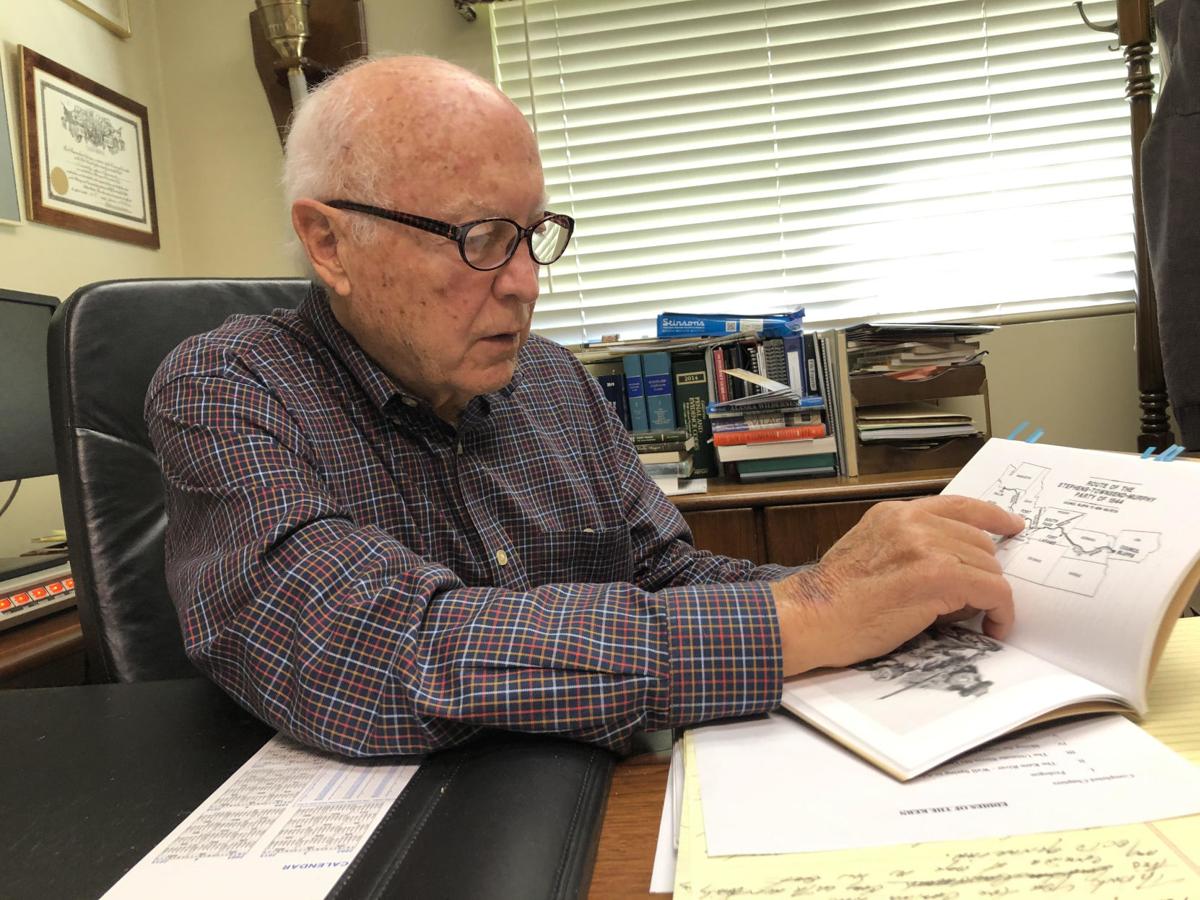 Author, triathlete, crackerjack defense attorney, adventurer — Timothy Lemucchi left it all on the table. What a rich 84 years. 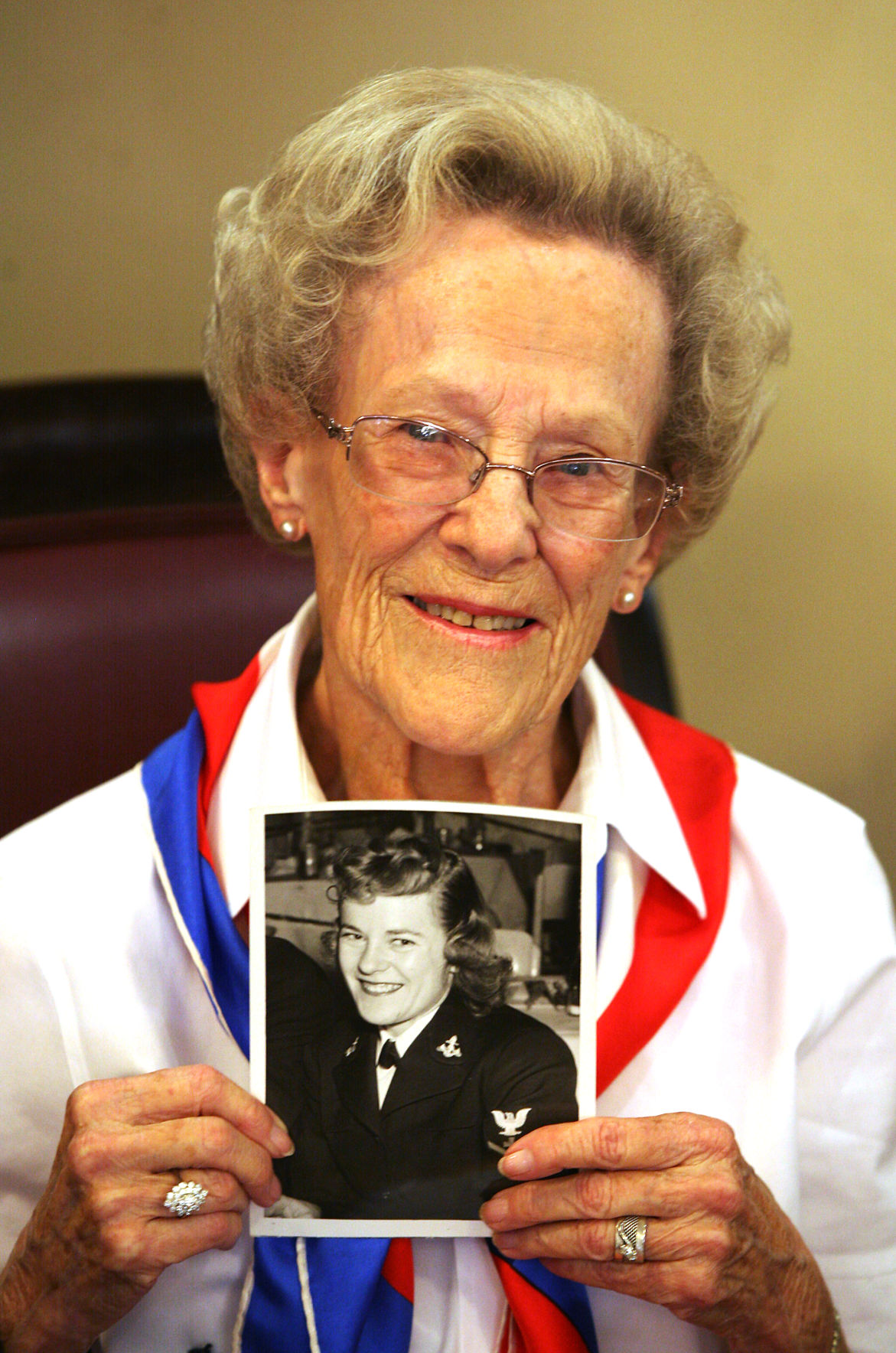 Dottie Hefner holds a photo of her in uniform during WWII, while she served in the U.S. Navy as a pharmacist mate, third class, in this 2010 file photo. Her daughter recently bought her a walker, but at 100 years old, Hefner doesn't think she needs it yet.

Author, triathlete, crackerjack defense attorney, adventurer — Timothy Lemucchi left it all on the table. What a rich 84 years.

Dottie Hefner holds a photo of her in uniform during WWII, while she served in the U.S. Navy as a pharmacist mate, third class, in this 2010 file photo. Her daughter recently bought her a walker, but at 100 years old, Hefner doesn't think she needs it yet.

I never saw Tim Lemucchi without a smile. I am sure there were moments he didn't have one, but I will remember that wonderful warm smile. He enjoyed life hugely, that's what he radiated.

What a life: Author, triathlete, crackerjack defense attorney, adventurer and probably 10 dozen other things. He left it all on the table. What a rich 84 years.

Virginia Davies writes about her mom, Dottie Hefner, the 100-year-old dynamo featured in a recent column:

"Just so you know, the doctor had a walker delivered for her several months ago, and she has never used it. She piles things on it but, for whatever reason, she doesn't feel the need to use it. Maybe she is superhuman!!!!!"

Have we become wimps? The answer is probably yes but this seems like the hottest July in memory.

Usually, sometimes, occasionally, there is a break. A couple of days when the temperature dips and for a moment you think, "I might live."

No living in these parts. Not now. Not in July.

Given that rain and wind are like imploring Plutus to spill gold coins from the heavens, would a breeze be too much to ask of the weather gods? Twenty seconds. Ripple the leaves some. Give hope to the hopeless.

Harry, a friend who spent last week in Lake Martin, Ala., texted during a rainstorm that probably lasted 10 minutes and said, "If we had this rain in California, the drought would be over."

That is life and there is something comforting in the relative equality and somewhat equal distribution of both pain and pleasure: Your neighbor has a new car and yours is in the shop. In the shop and the repairs aren't cheap. However, new cars don't stay new forever.

Does the town seem emptier than normal? Downtown does and it could be the flurry of vacations smart people are taking or it may be that we've given up and surrendered to a case of inside-itis.

At the beginning of the summer, we strode bravely into the fight but that's over. We lost and, if we didn't lose, defeat was on the horizon.

We're not the only ones. My sister Pam lives in Boise and she said that not only have they had a string of 100-degree days but that Boise has gotten crowded. That made me feel better, both the 100-degree part and the crowded part.

Boise is the go-to and move-to town. It's the first town at the end of the rainbow. Thank goodness we didn't move there. What would we do with all that fishing, boating, hiking, good food and world-class concerts?

You know you are flailing when you find yourself entertaining conversations about the fall, leaning into the fall, looking forward to the fall. Fall might as well be a thousand years away, which is one of the positive things about summer.

Time slows down in the heat. No going fast now.

Pat Cowles responded to the column about almost getting hit downtown during an early morning walk.

"Thank you for your 'Ready to be present' column today. It reminds all of us to challenge ourselves to be open and present in the moment. (Not an easy thing for us humans to do, I might add.)

"I appreciate that you chose gratitude over righteous anger and resentment. Thanks for putting those good vibes out into the world. We're better for it."

Thanks, Pat. I must have been in shock. I'm usually leading the parade on the low road.

Bear Valley Springs' Sherry Hadley texted in regards to the opening of the new Randy's Donuts in Bakersfield to say that Randy's started in Culver City when it was called the Big Donut Drive-In (there were five locations, now all defunct) and then moved to Manchester Boulevard in Inglewood where it was called Randy's.

Melissa Spitzer emailed about Alan, the former greeter at the Costco store on Rosedale. If this keeps up Alan might have to return from Tennessee.

"Wait, I thought that Alan only sang 'It Had to Be You' to me when I arrived at the doors of Costco. I will certainly miss him."

Amazing how much reach the simple acts of daily kindness have.

Prominent Bakersfield lawyer Timothy Lemucchi, an author and fiercely competitive athlete whose pursuit of adventure took him around the world…