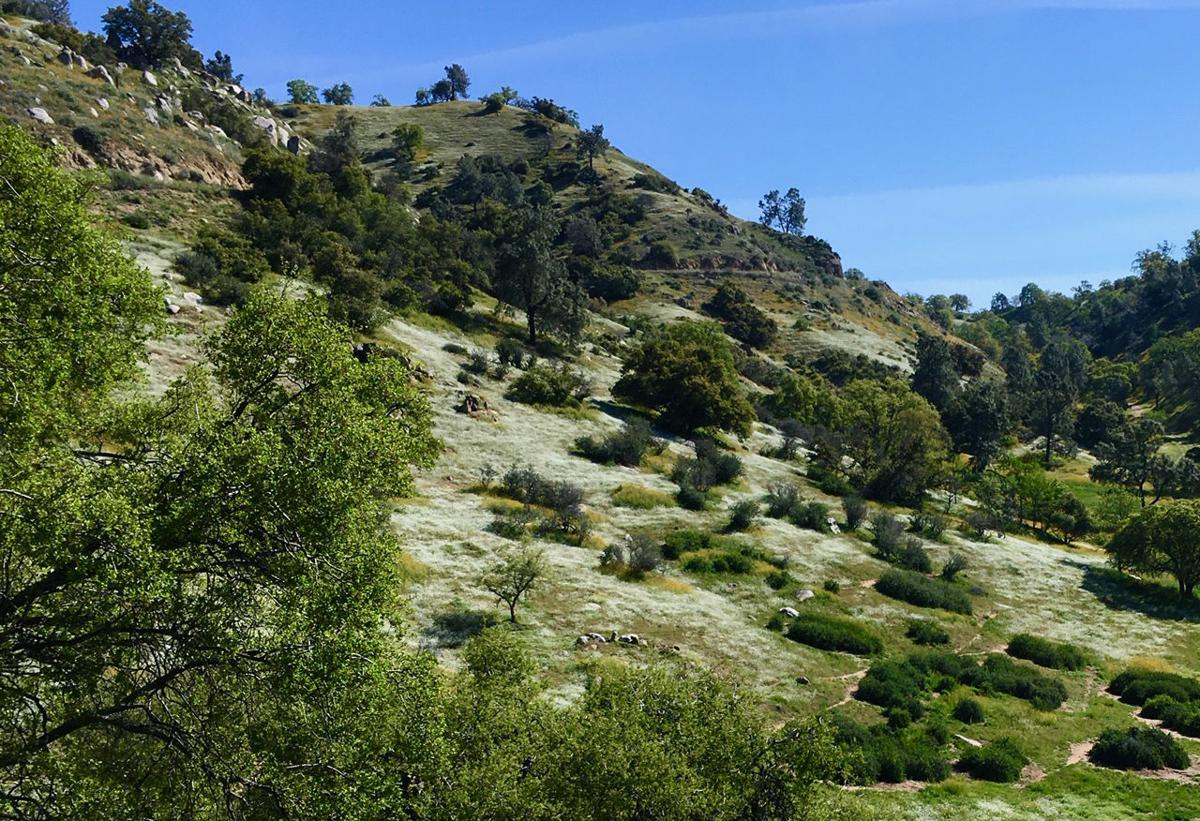 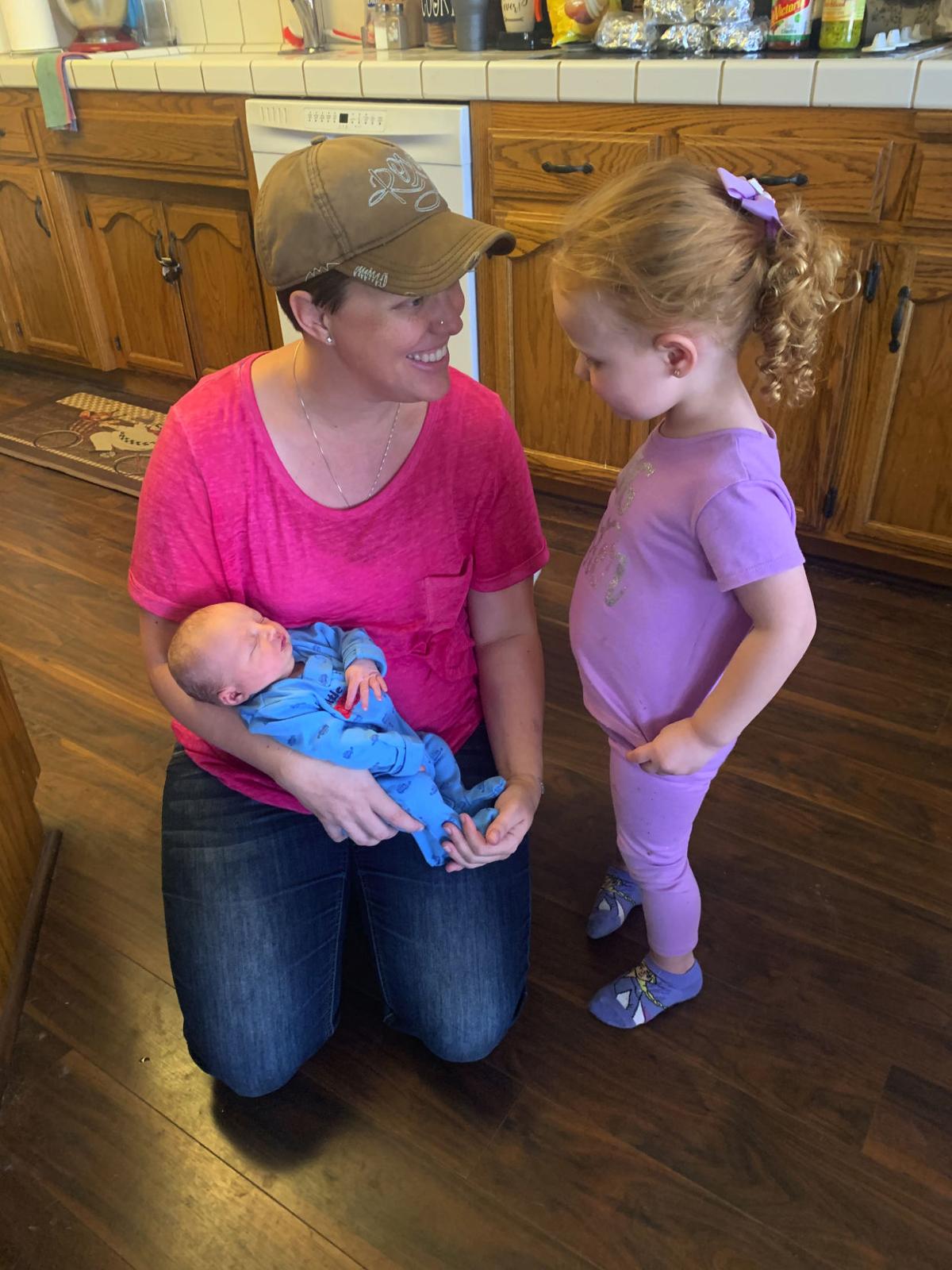 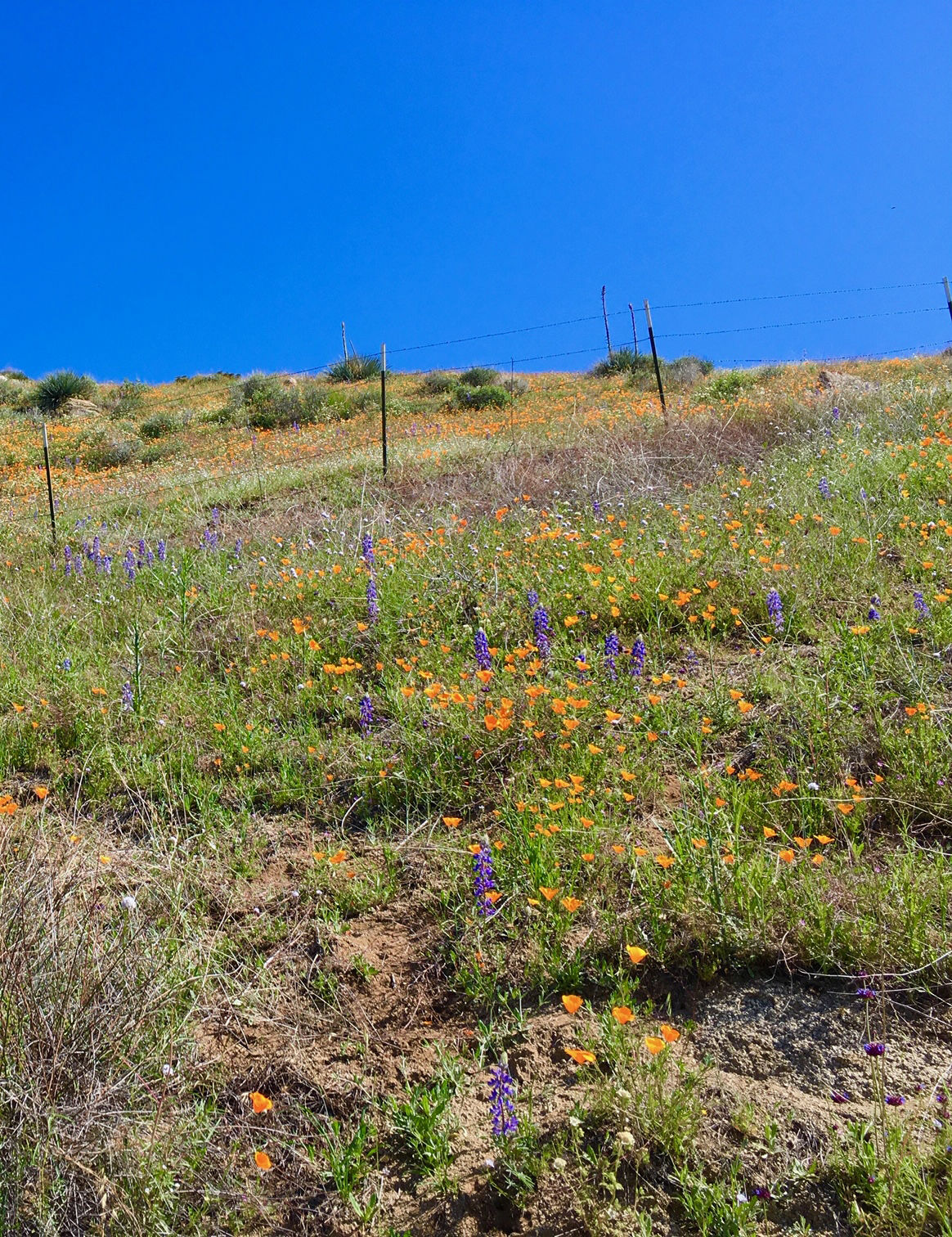 Ride last weekend up Breckenridge. The wildflowers are out. Photo courtesy of Glenn Hammett.

Ride last weekend up Breckenridge. The wildflowers are out. Photo courtesy of Glenn Hammett.

A friend and I rode up Breckenridge this weekend to the farmhouse. This is a head-clearing, soul-refreshing, landscape-delighting ride. It was also an opportunity to look for poppies.

Poppies come later than fiddlenecks and lupines but when they show, they make you feel as if you’ve gotten your wildflower money’s worth.

I would recommend a drive — probably 15 minutes up Breckenridge Road after you turn on it from Comanche — because you might be going cuckoo but you may want to read an email from Dolores Robinson who took that advice last year:

“It was a beautiful Sunday and we decided to drive to Lamont for lunch at Jacalito's. After lunch, I mentioned to David, my husband, you had written about how beautiful the poppies were on Breckenridge. We drove for a while and did not see one poppy, but we did see snow alongside the road.

“We ended up getting stuck in snow and ice in a low shady spot in the road. We pushed and dug but here was no getting out. I called 911 — nothing — so I called friends in Caliente but they were at the beach. My cell phone battery was dying and we did not have a charger. Our friend in Caliente called the Sheriff's Department and reported us stuck on Breckenridge mountain.

“By this time it was getting late, it was cold and the sun was going down. We did have blankets, water, extra coats and Life Savers too. We thought if we have to spend the night at least we have water and candy.

“The Bakersfield Search and Rescue arrived about 7:30 p.m. with three vehicles, a snow machine and a rescue boat on top of one of the pickups. There were eight volunteers and one Sheriff. They turned our car around and had us out of the snow in minutes. David slipped on the icy road and injured his leg so one of the volunteers drove our car and I rode with the Sheriff.

“The Bakersfield Search and Rescue Group were great. Although I love your columns I’m not sure about your suggestions for poppies!”

Wait, nobody died, did they?

The column about buying a scale along with supplies to print my own stamps — I still haven’t printed stamp one — prompted this suggestion from Mike Daniel:

“I enjoyed today’s column. If this newspaper thing doesn’t work out, I remember a self employment gig that uses the scale. And it has a government retirement plan.”

Clever. It took me a minute but I finally got there.

Jane Raventos responded to the column about finding a baby opossum in the garage.

“I read your column this morning & had a good laugh. I have this possum that travels on top of my and my neighbors’ backyard walls. The neighbor in back of me leaves his patio light on and when the opossum gets in front of it, his image is projected on my closed blind in my bedroom. It’s huge and scary! My dog, Flossie (a border terrier), sleeps with one eye open and starts barking like crazy! Usually this happens at 2-3 a.m and I don’t sleep again that night.

“My Maine Coon cat (huge long-haired black cat) runs outside and now I see the cat & opossum running on the wall, projected on my blind with Flossie going bananas!”

“Enjoyed your story about your new grandson 'Sir Henry William.' We too welcomed a new grandson. We were fortunate to keep our 2-year-old granddaughter Bella as mom was in the hospital. Although I was sad not to be in the delivery room with Carly, I was overtaken at seeing Bella meet her new brother Brody for the first time.

“Aren’t we lucky to welcome new babies into our lives? They change us more than anyone could imagine."

In the column mentioning Shelley, mom of 2, who has become an inspired baker during these baking-friendly times, I called her husband “devoted” for finding a 25-pound sack of flour at Smart & Final.

Shelley, mom of 2, responded: “Devoted. That’s the kind of word that immediately gets you a lifetime follower. He even said I should make you a loaf of bread."

“Yesterday we had a surprise drive-by birthday for my 15-year-old granddaughter Sarah. Friends and family drove by the front yard and honked, waved signs and shouted 'Happy Birthday.' As I was driving home a police car turned into the neighborhood — the opposite direction of the party — so I followed them.

“There were two officers in the car and I asked if they could drive by the party and say hello. They agreed and when we were close to the house, they turned on their lights and siren. They stopped at the house and spoke to my family.

“My granddaughter and family took pictures with the police car, lights flashing red and blue. I thanked them again as they drove on. My son said, 'I asked them if they pulled my mom over, and they said, "No she pulled us over!"'"