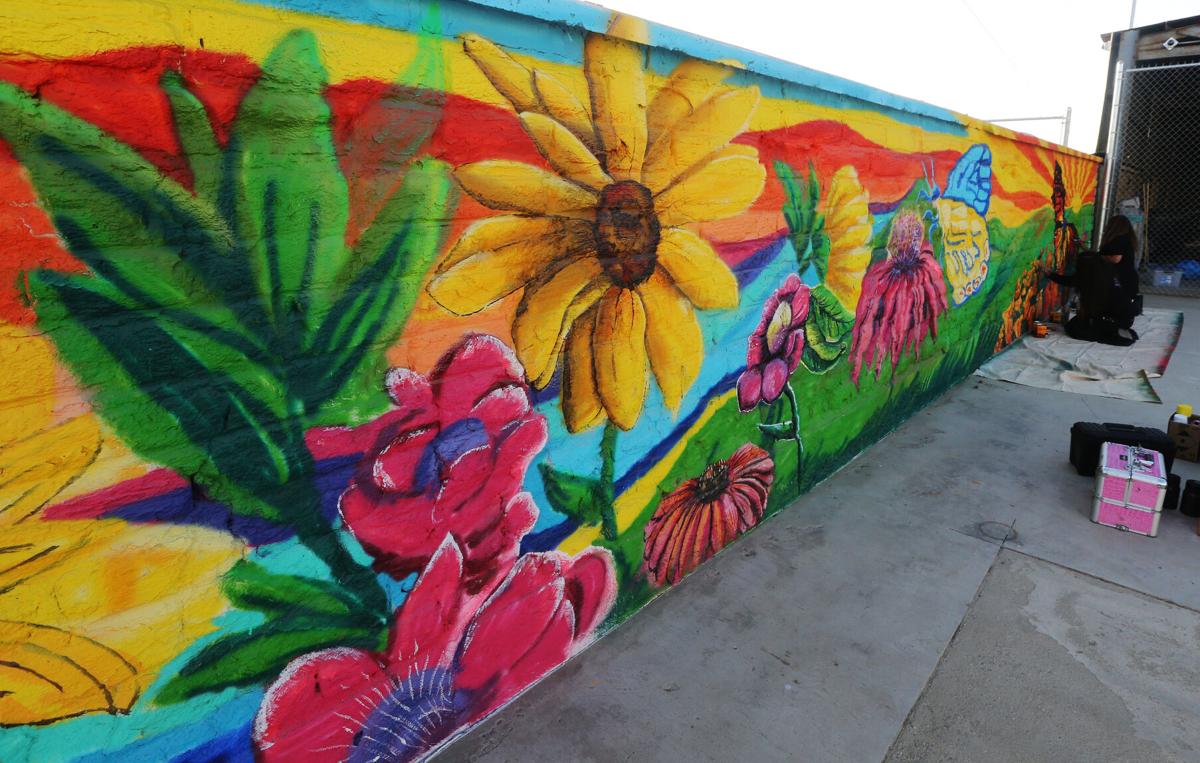 Can a colorful mural inspire people? Along with the assistance and help residents receive at the M Street Navigation Center, can the addition of art and beauty bring about change, be it ever so slight — or earthshakingly profound? 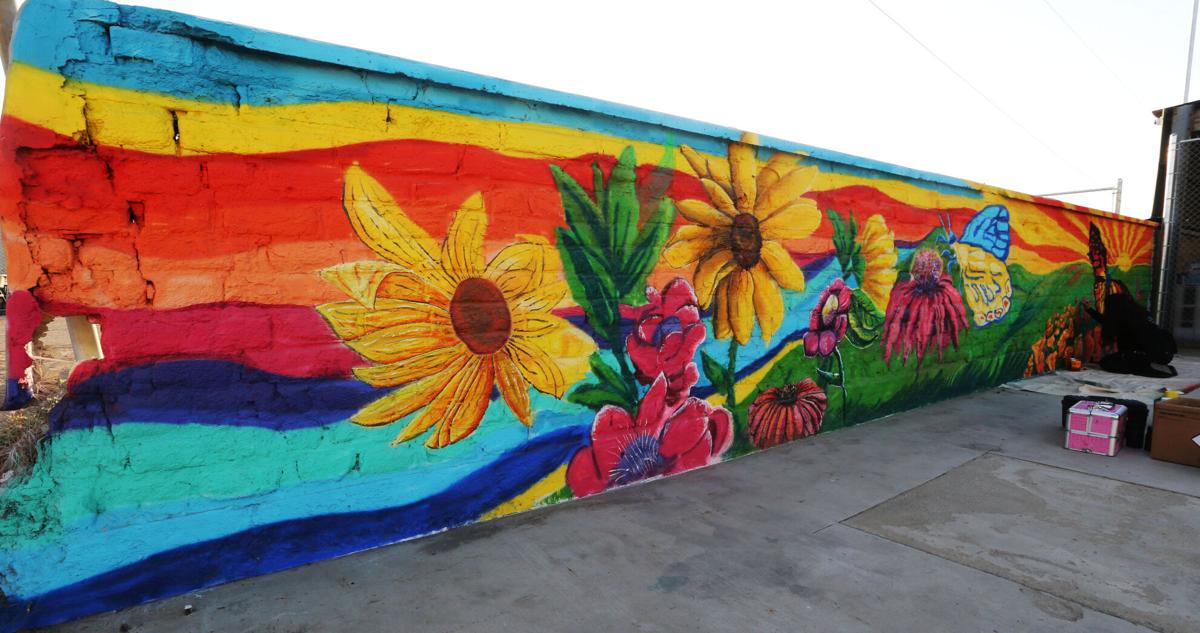 Artists Sarah Nobles and Julie Gonzalez have worked for close to two weeks to bring artwork and hope to residents of the county's M Street Navigation Center.

Can a colorful mural inspire people? Along with the assistance and help residents receive at the M Street Navigation Center, can the addition of art and beauty bring about change, be it ever so slight — or earthshakingly profound?

Artists Sarah Nobles and Julie Gonzalez have worked for close to two weeks to bring artwork and hope to residents of the county's M Street Navigation Center.

Reader: Thank you, Steven Mayer, for uplifting me with a hopeful and beautiful message of love and kindness that is the mural outside the homeless center in Bakersfield ("Artists painting mural at navigation center for homeless were once homeless themselves," July 24).

Clearly it serves many people in a positive way, and the way you wrote about it is both poignant and inspiring. Thank you, Christine, for putting it on the front page of The Californian where it deserves to be.

Peterson: Inspiring, indeed! Two women who were formerly homeless are creating beautiful, thoughtful art that can serve as hope, healing and comfort for others.

The language Steven used in his story was captivating, and Alex Horvath's photos about the colorful murals at the new M Street Navigation Center were beautifully presented.

Like many stories, there are many hands involved in preparing a piece for publication. In this case, they also included News Editor Teddy Feinberg and page designer Andrew Garcilazo.

I told them that reading that story and seeing the photos when I gave the story a final read before it hit print was the happiest part of my day. Now I am changing my mind; it was the best part of my week.

Reader: Pretty brilliant piece by Robert Price in today's TBC ("ROBERT PRICE: Cover that smirk with a mask, pal," July 19) about mask wearing. Is there such a thing as local news Pulitzer Prizes? Keep up the good work.

Robert's column on wearing masks could be a winner. Maybe not a Pulitzer, but a California award, for sure.

Peterson: I received an interesting letter this week from someone who didn't want her name used or her letter printed. Fair enough. But I'm going to clarify some points she made because the answers could help other readers.

Letters to the editor publish in the Opinion section and don't receive a response from me. They are presented to readers as a dialogue about significant community issues, and over the course of several days, you may see people taking various sides of the same current event or issue.

Letters written to Sound Off or that praise, question or criticize our coverage and are printed in Sound Off do get a response from me — or in some cases from the journalist whose work is being discussed.

Why do I allow the journalist to weigh in on the response in some instances? That's collaboration with and respect for my colleagues, and it does not make me "as a female journalist look bad, as if you cannot handle the job and have to defer to (a man)," as one reader suggested.

Executive Editor Christine Peterson answers your questions and takes your complaints about The Californian’s news coverage in this weekly feedback forum. Questions may be edited for space and clarity. To offer your input by phone, call 661-395-7649 and leave your comments in a voicemail message or email us at soundoff@bakersfield.com. Please include your name and phone number; your phone number won’t be published.