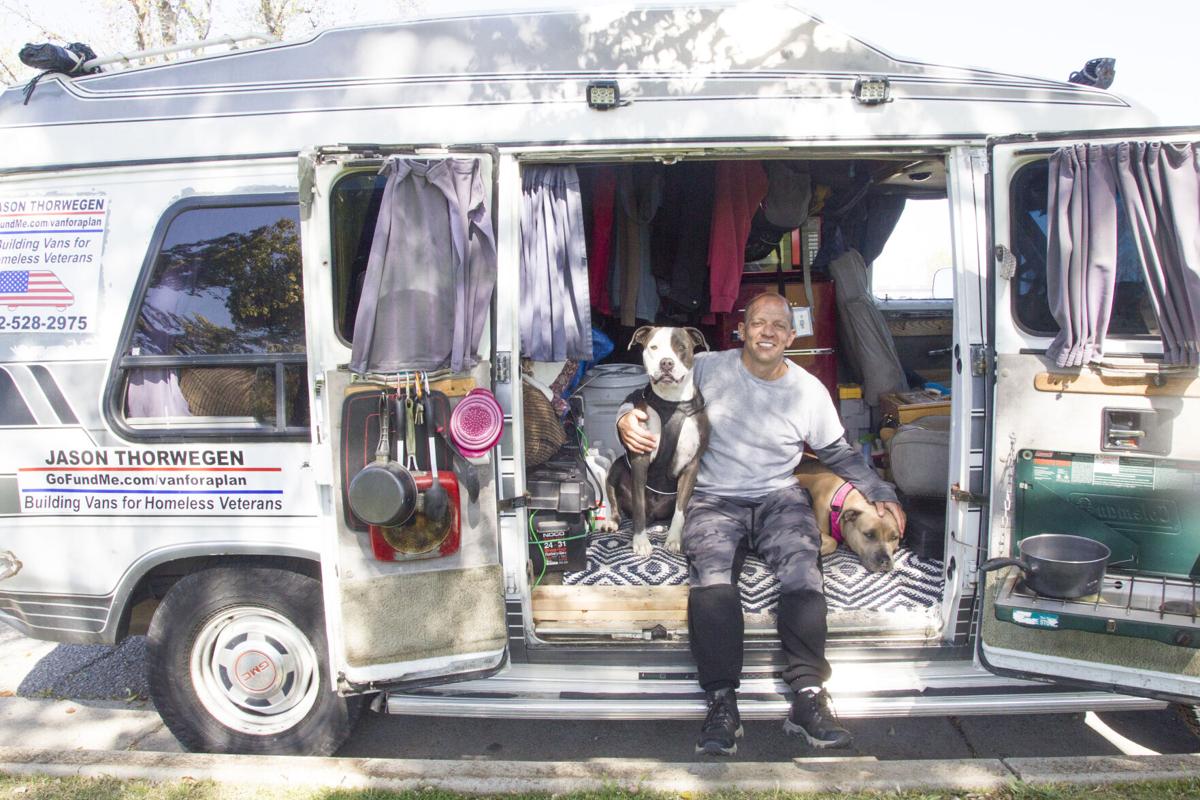 Jason Thorwegan and his dogs. 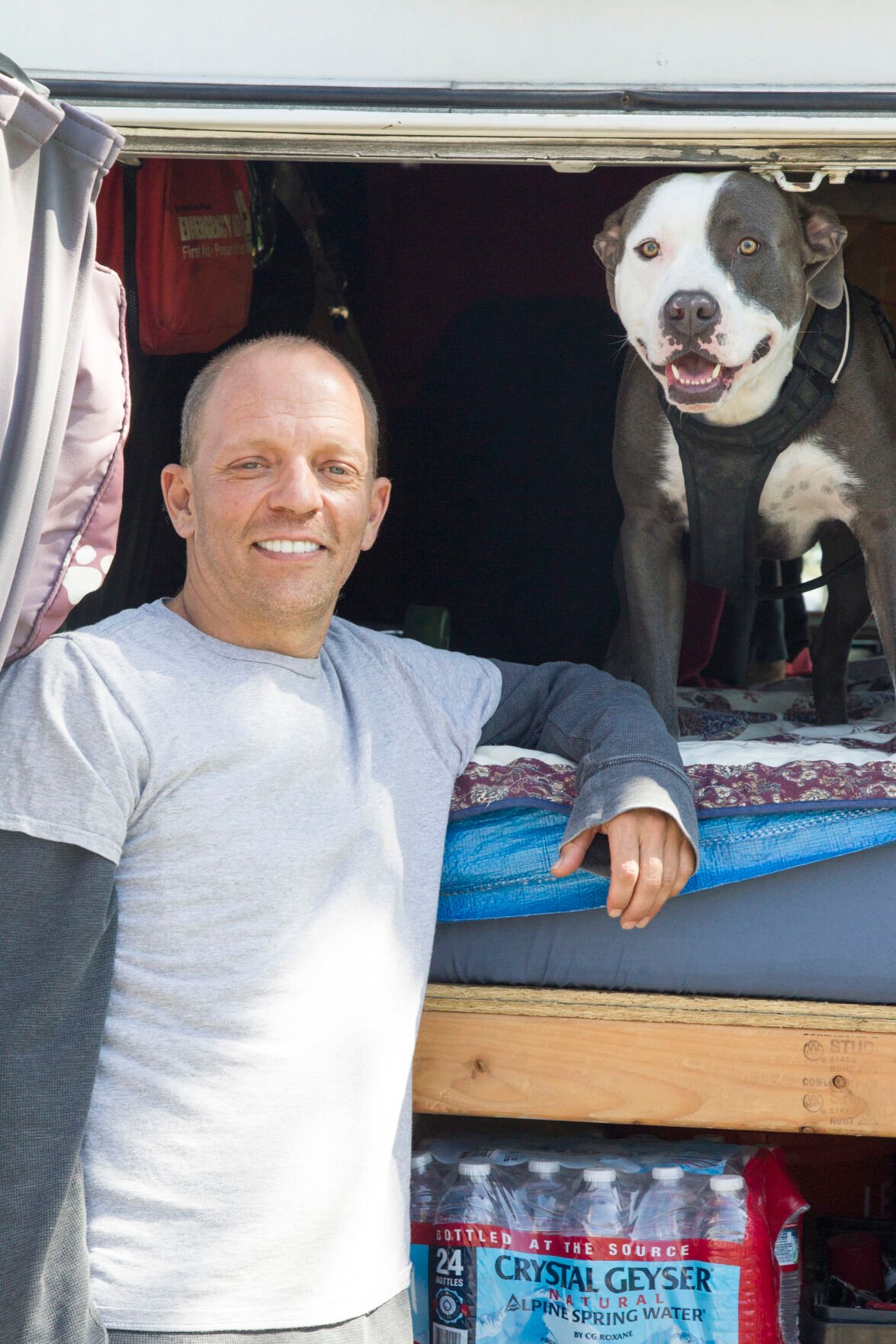 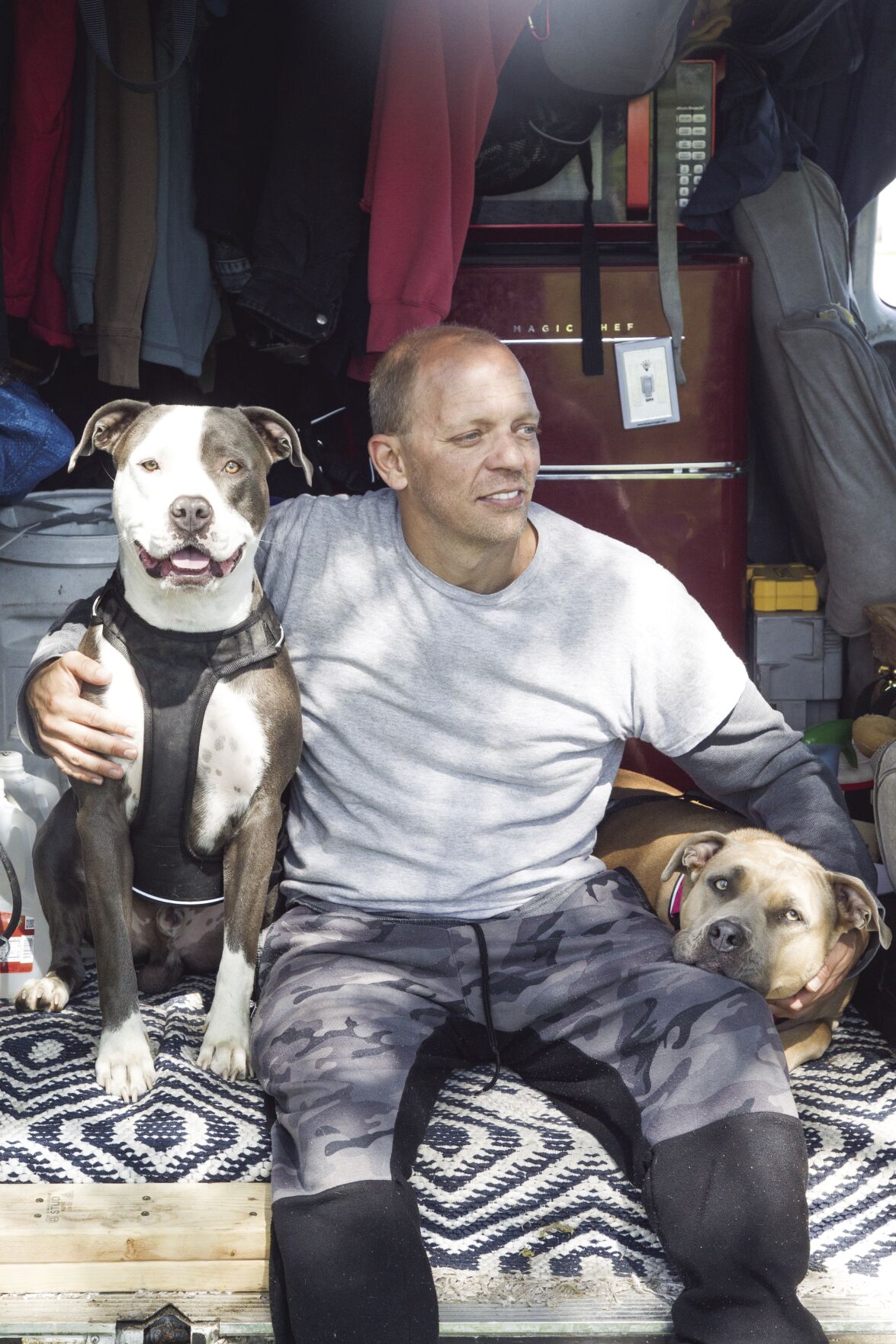 Jason Thorwegan and his dogs.

Homeless for most of his life, Jason Thorwegen understood what it was like to struggle and told himself that he would never be in that situation again.

With little to give back, he spends his time donating vans to help homeless veterans get off the streets and into their own shelter.

“If these people are willing to get up and do something, I’m willing to help them. I’ve set them up for success, it’s up to them if they want to continue to use the same tools I’ve provided,” he said.

Thorwegen decided it was time to stand with these underserved community members and do what he could to help them.

“There’s things that need to be done for people who can’t be in facilities, like me, I can’t go to a shelter. A van is something different — it’s private, it has the ability to work and get around," he said. "I figured, since there’s so many old vans out there and somebody was going to start fixing them, I could donate and build them into homes."

“It’s my own shelter. I have a full-sized bed in here. This is basically an entire house wrapped up in a little package. That’s what I want to bring to people,” he added.

Before starting Van with a Plan three years ago, Thorwegen remembers being in his van, seeing something on the news that drew his attention. It was reported that a veteran and his wife were in the hospital, and their van, which they lived in, was stolen.

Thorwegen wanted to do something so he offered a hand to the veteran.

“I remember thinking that this is messed up. At the time, I had two vans so I gave one to him and his family, and a few days later, the police were able to find his van,” he said.

Since starting Van with a Plan, Thorwegen said he has donated around 10 times, but only a handful of people took his help and went on with their lives, while the rest either damaged their vans or couldn’t sustain living in them.

Thorwegen is able to donate vans through donations and with his own money and resources. Though he still struggles financially, Thorwegen continues his mission to alleviate the situation of homeless veterans and other homeless people who want his help.

“If these people are willing to get up and do something, I’m willing to help them. I’ve set them up for success, it’s up to them if they want to continue to use the same tools I’ve provided,” he said.

He admits that after being homeless for a long time, he’s learned to be resourceful by thrifting, building, not wasting anything and living sustainably.

“I learned how to work on vehicles like oil changes and replace radiators. It taught me how to be handy," he said. "And it taught me not to judge people so much. I’ve been judged my whole life, so I try not to do it but it's human nature to do so."

After several years of being homeless, Thorwegen was finally able to live in his first home. He now resides in Lake Isabella in a two-bedroom apartment with a beautiful mountain view.

“My first home at 40 years old. I should’ve had a home a long time ago, but God had other plans for me, other tribulations and punches I had to take,” he said.

Feeling grateful for where he is now, he’s continuing his journey to help homeless veterans and people to have their own place to call home.