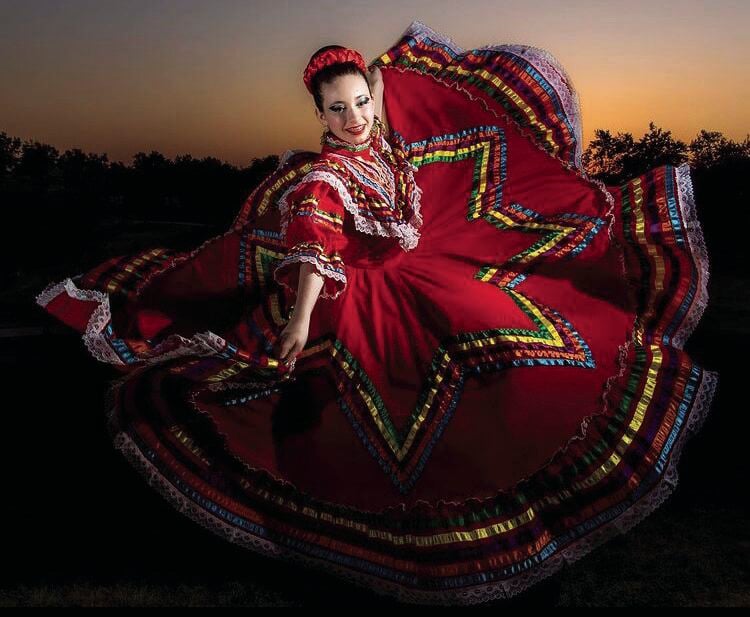 Folklorico, on top of the art of dance, is also centered around the elaborate dresses and costumes the groups wear for performances. 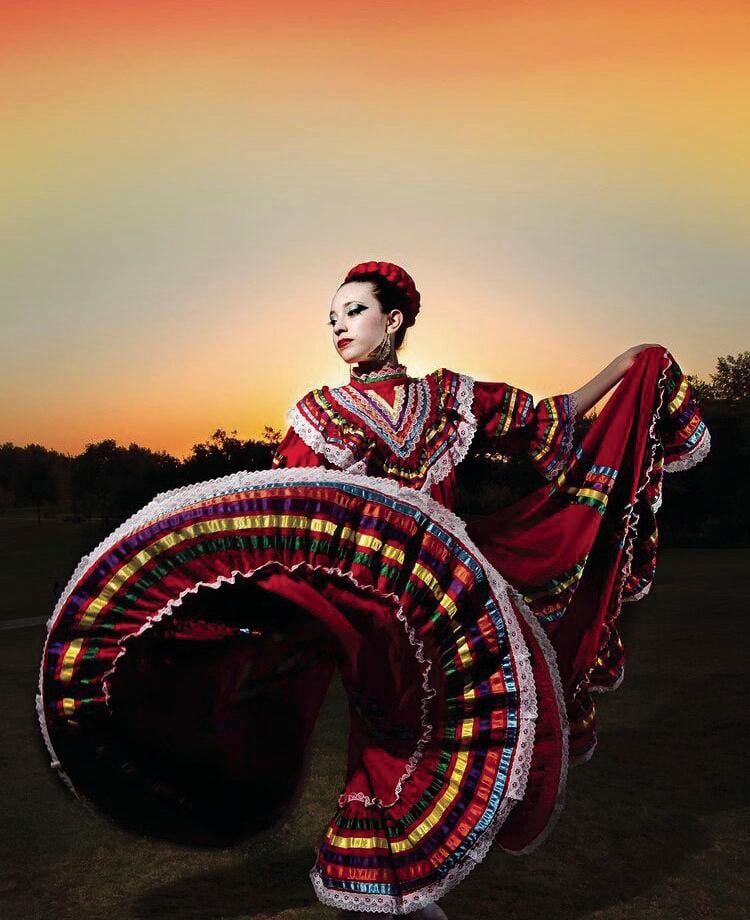 Kern County has a strong community of Folklorico group dancers, many of whom are generational, passed down from grandmothers to mothers to daughters.

Folklorico, on top of the art of dance, is also centered around the elaborate dresses and costumes the groups wear for performances.

Kern County has a strong community of Folklorico group dancers, many of whom are generational, passed down from grandmothers to mothers to daughters.

September is Hispanic Heritage Month, and Baile Folklorico, or Mexican Folk Dancing, reinforces how the power of dance is one of many ways to celebrate and honor the culture.

“All of the dances represent the culture, the tradition and what is Mexico,” said Brandi Root, group leader for the Ballet Folklorico Ihtotiani de Shafter.

Kern County has a strong community of Folklorico group dancers, many of whom are generational, passed down from grandmothers to mothers to daughters, including Root’s group, which started in 1996 in Richland School District by Root’s mother and Dr. Lupe De La Rosa, an anthropology professor from Bakersfield College.

Soon after, Root became one of the group leaders in 1998.

Root considers the dance group to be “a way to keep education for our children to know their own cultures,” as each region, or state, has its own dance, along with costumes that pair with the particular style.

In fact, that’s one of the reasons Brandi’s daughter, Gloria Root, loves being able to do Folklorico.

“I’m happy to be part of my culture,” said Gloria.

Gloria has grown up around it with her mother and grandmother, and has told her mother that out of the dances, Folklorico comes easily to her.

Gloria started performing at just 2 and a half years old, when typically the age is to begin is 5. Gloria has also made many friends with those who started young alongside her, which makes it even more fun for her.

Brandi noted that she thinks Gloria’s love for dancing has to do with the fact that Brandi was teaching Folklorico classes while pregnant with her. Listening to the rhythms and music must’ve had an impact.

“I love seeing her — how she’s developed her skills,” Brandi said.

Gloria is also a teacher, teaching the intermediate group, while Brandi teaches the advanced and Brandi’s mother teaches the younger kids.

“These skills are being passed down from generation to generation,” added Brandi.

While Gloria noted that she is one-fourth Mexican, she said just the fact that she is Hispanic is important to her and she celebrates that.

The hope of their performances is that it will encourage others to get involved with a Folklorico group, but more importantly, it’s about learning about other cultures and getting involved in their communities.

Brandi taught Folklorico at a local school not long ago and had children from all different backgrounds, including one young boy whose family was from India.

“Mexican folk dancing is for everybody. You don’t have to come from a Hispanic background,” Brandi added.

On top of the art of dance, Folklorico is also centered around the elaborate dresses and costumes the groups wear for their performances. Even the costumes are a chance to educate audiences, as important pieces of the state or region’s history are displayed on the dresses.

Chiapas, Mexico features a lot of coastal and inland influences, represented through flowers. Due to the tropical climate, their costumes are cooler. Many of their dances are based on the national birds from that spot, as well.

Jalisco is considered to be one of the most popular or well-known costumes, but there are also a variety of dresses and dances that come from Sinaloa, Yucatan and Chihuahua.

“I hope they see the artistic aspect of it,” Brandi said of her hope for the takeaways during their performances.

“I love culture in general and learning about others,” Brandi added.

The Ballet Folklorico Ihtotiani de Shafter typically performs at various events in town, such as the Kern County Fair, as well as weddings and other special events. Throughout the summer, they have also been doing a summer class through outreach within the community.

To find out more about the group and any upcoming performances, visit their Facebook page.