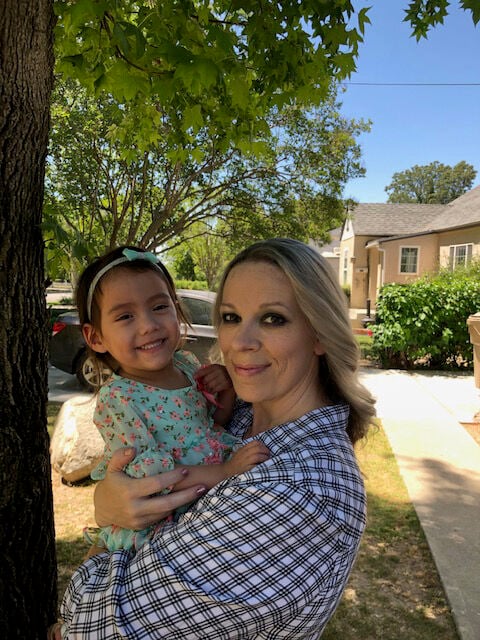 Julie Lara, right, holds up her adopted daughter Ava on her adoption day. 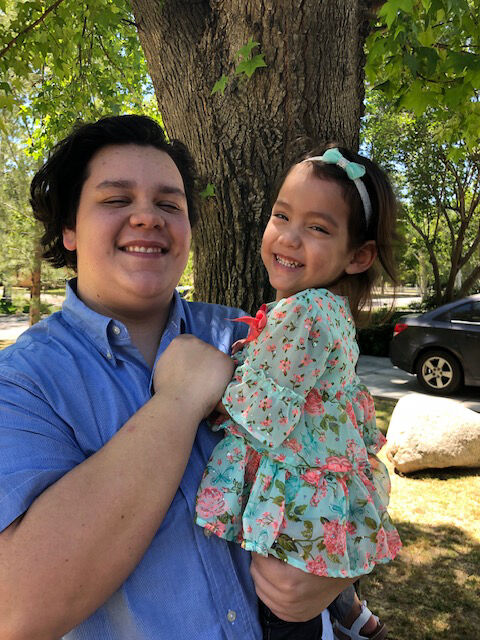 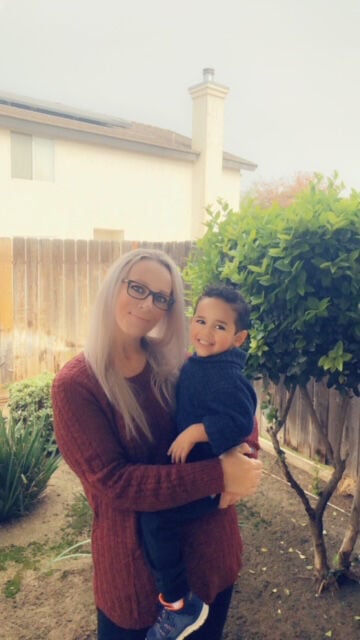 Julie Lara holds up her adopted son Jessie on his adoption day.

Julie Lara, right, holds up her adopted daughter Ava on her adoption day.

Julie Lara holds up her adopted son Jessie on his adoption day.

Over the years, the traditional definition of a family has changed from a mother, father and children to include stepparents, stepchildren and foster and adopted children.

From July 2020 to April 2021, the Kern County Department of Human Service Adoption Agency has given 126 foster children permanent homes and families through the adoption process. However, there are still plenty more children and teens in the foster care system in Kern County who are seeking a family.

Before a foster child can be adopted into a family like the 126 who were fortunate enough to have done so in that nine-month period, there is a long process the child and any prospective foster parent must go through.

“Children come into foster care because they’ve been abused and neglected,” according to Jana Slagle, the outreach and communications supervisor at the Kern County Department of Human Services. "There’s a legal process, we go to court, warrants are issued before children come into foster care and when they are deemed to need protected custody, they are placed into a foster home.”

While that is an extreme case, the main goal of KCDHS is to be able to return the child back to the biological parents — as long as they follow their generally six-month case plan and legal proceedings to show the proper effort to get their child back. If they don’t, and run out of chances to do so, then the child is eligible for adoption.

“When you consider the children that are not able to return to their biological families, it's important that they have stability and children do better in families rather than being in long-term foster care or not having a family, so it's crucial to having a child that is successful, healthy and stable,” added Slagle.

“Sometimes people come that are relatives,” Slagle said. “We have social workers that locate family members for kids to live with. We always want to put kids with relatives when we can. Sometimes we can put the children with a relative before they get approved if they meet certain criteria to remove some of the trauma from the child when they get removed from their parents and put them with someone they know.”

“We’re not looking for perfect people,” said Slagle. “In fact, what we’ve found is that people that have been through something difficult in their own lives and have overcome it are much better foster parents than someone that has had the ‘perfect life,’ People that have worked through a problem and made mistakes and can tell us what they did to overcome; those are the kind of people that are good foster parents.”

One example is Julie Lara. Lara became a foster parent in 2017 to attempt to foster a family member to prevent her from entering the foster care system. Fortunately for that child, she was placed with another family member, but Lara stayed on course and continued her path to becoming a foster parent.

Lara currently has four children, three of whom came to her through the foster system. Her first two foster children, a 4-year-old girl and a boy who is 3, she received when they were 4 months old. She later adopted both. She later gave birth to a son who is now 2 and recently was placed with a 2-month-old daughter in May, who she hopes has a different outcome than her other adopted children.

Lara added that the process to becoming a foster parent wasn’t difficult, outside of child-proofing her home and getting it approved by KCDHS, and the potential wait for a call from a social worker, which wasn’t long.

“My very first one, the day I signed my paperwork, they told me it could take up to a year to get a phone call and then two days later we got a call and we got this little girl,” said Lara. “It happened so fast. After her adoption, we got a call probably about four months later about a little boy and we took him. He was adopted in November 2020.”

While many foster parents tend to take in babies and young children, like Lara who does so for personal reasons, there is a need for prospective parents to take in others.

“Sometimes people want to become foster or adoptive parents because they want babies and we have a multitude of people that want to do that, which is awesome, but we need more people to also be open to whatever the needs are,” said Slagle. “Some of the bigger needs are teenagers, sibling groups, because we want to keep kids together when they are taken from their families, and kids with special needs.”

For those wanting to foster older children, there is a local resource for them and the parents to use. The Dream Center of Kern County, which is located on 1801 19th St., is a resource for any children and young adults who have spent at least one day in the foster system to successfully transition into adulthood.

“If you’re a parent of a foster youth, you would want your child to come here so they can start to learn to build their resume and start applying for jobs,” said Jayme Stuart, child and family sources coordinator at The Dream Center, who mentioned that they see about 700 to 800 people go through a year to use the numerous resources at hand. “We have advocates here to help with any kind of struggle they’re having with school, we might have clothing, workshops and activities to help them build skills and develop leadership qualities. It's good for the youth to feel like they’re a part of a community and that they have a big support system available to them.”

For anyone considering becoming a foster parent, you don’t need to worry about being rich or having a big house. You just need “love in your heart,” according to Lara, as well as perseverance to stick out the process, giving 100 percent for the child and understanding that they have been through a lot and it takes time for them to adapt.

“There’s so many kids in the foster system that need a good, loving home and a safety net. Even if it's temporary, they need a place to call their home,” added Lara. “I’d love to encourage any parent to get into fostering and take a leap of faith. Everyone wants to feel loved and safe and if you can provide that, don't worry about anything else.”

And for those foster parents who end up having the ability to go through with fully adopting their former foster children?

Steps to becoming a foster parent

Before being accepted as a foster parent, you will have to go through a short but extensive process and will have to complete these steps:

2. Create an online e-Adopt profile and begin the application process.

a. All adults in the home need to be fingerprinted.

c. Complete health questionnaire form. A physician will need to approve of you taking care of a child.

4. Schedule a home and ground inspection with KCDHS to make sure the area is “child-proof.” This includes having enough bedrooms for the number of children you want to take in and making sure the home is safe and up to code. The social worker will help you prepare.

5. You will need three references to vouch for yourself being a good parent.

6. Interviews and an evaluation of you and your family living in your home, as well as a psychosocial assessment to find out how you were raised and disciplined and your reasons for becoming a foster parent, are conducted.

The process takes about three months and after approval, you may be able to take placement of a foster child into your home. For more information, call (661) 631-6300.

Steps to adopting a foster child

When it is determined that a foster child cannot be reunified with their biological parent, the child is eligible to be adopted. Here is the timeline for that process, which can take up to 18 months, depending on the age of the child.

1. When family service is terminated, the social worker will request an adoption review to determine the best plan for the child.

2. If adoption is viable, at the time reunification services have ended, the court will order a 366.26 hearing to occur within 120 days.

3. Assignment of the child’s case is transferred to the social worker within five days and the worker has 80 days (30 days prior to the hearing) to complete an adoption assessment to submit for approval.

4. The supervisor must review, approve and return the assessment to the worker within 21 days of the hearing so that it can be forwarded to the court worker.

5. The court worker completes the court report, which includes the assessment and the department’s recommendation for the child and submits it 10 days before the hearing.

6. The court continues to review the child’s circumstances every six months until the child is no longer a dependent of the court.

7. If parental rights are terminated and the child is free to be adopted, the social worker will submit a request for adoptive home study within 10 days following the termination. The home study is assigned to a foster agency and is completed in six months.

8. After approval of the home study, the social worker gets Adoption Assistance benefits approved and has adoptive placement scheduled within 45 days.

9. The adoption finalization hearing is scheduled within 30 days of adoptive placement.