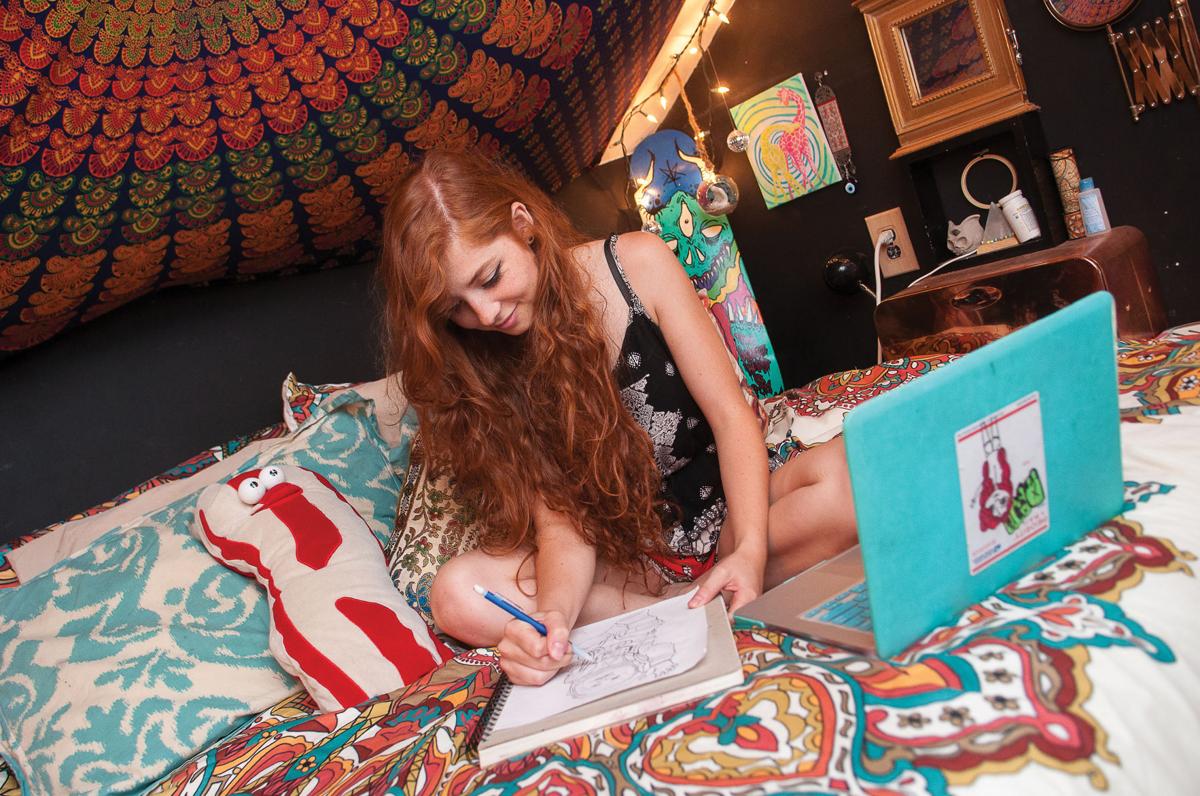 Deja Nunez sketches in her room. 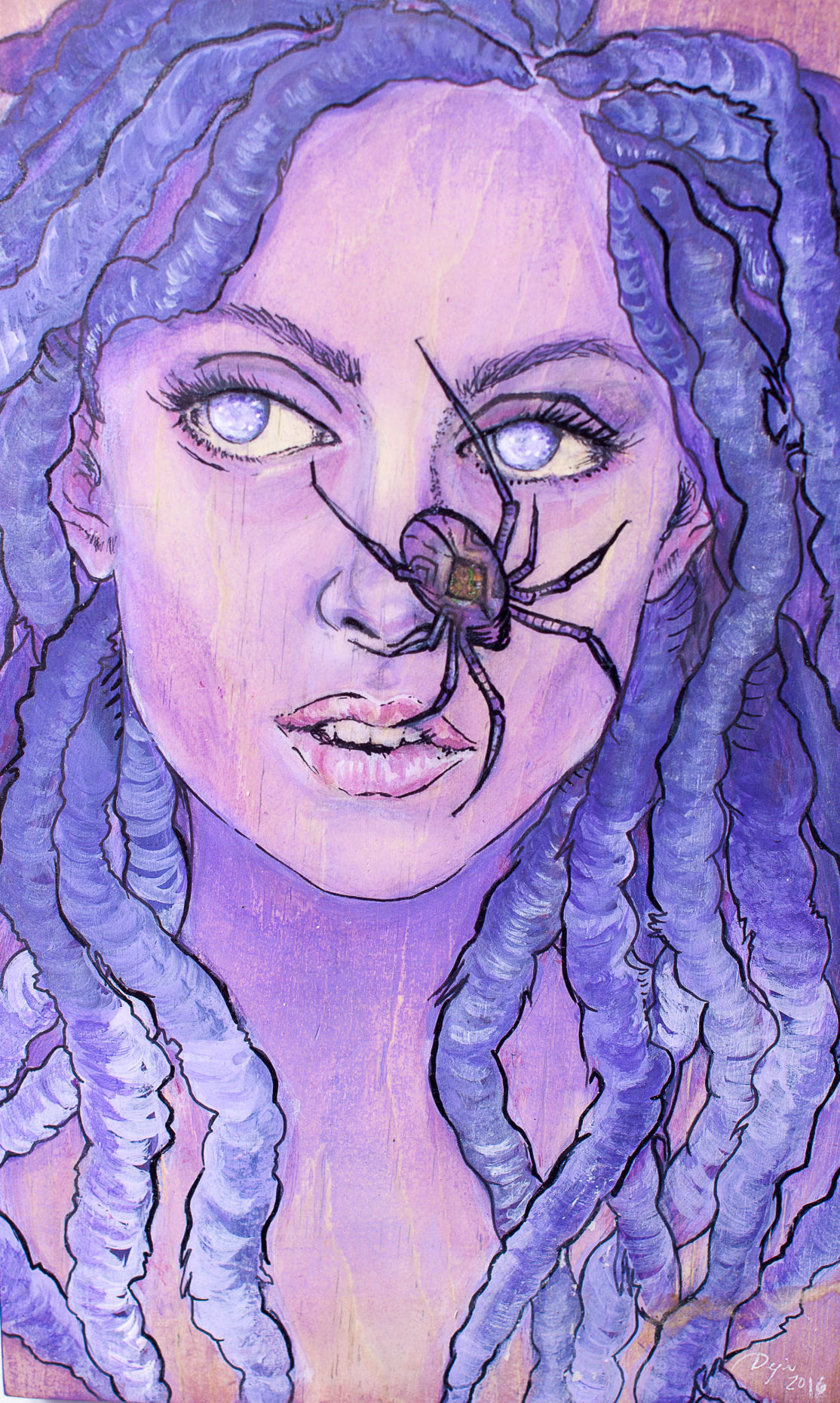 No 3 in a series of five works in monochrome by Deja Nunez. 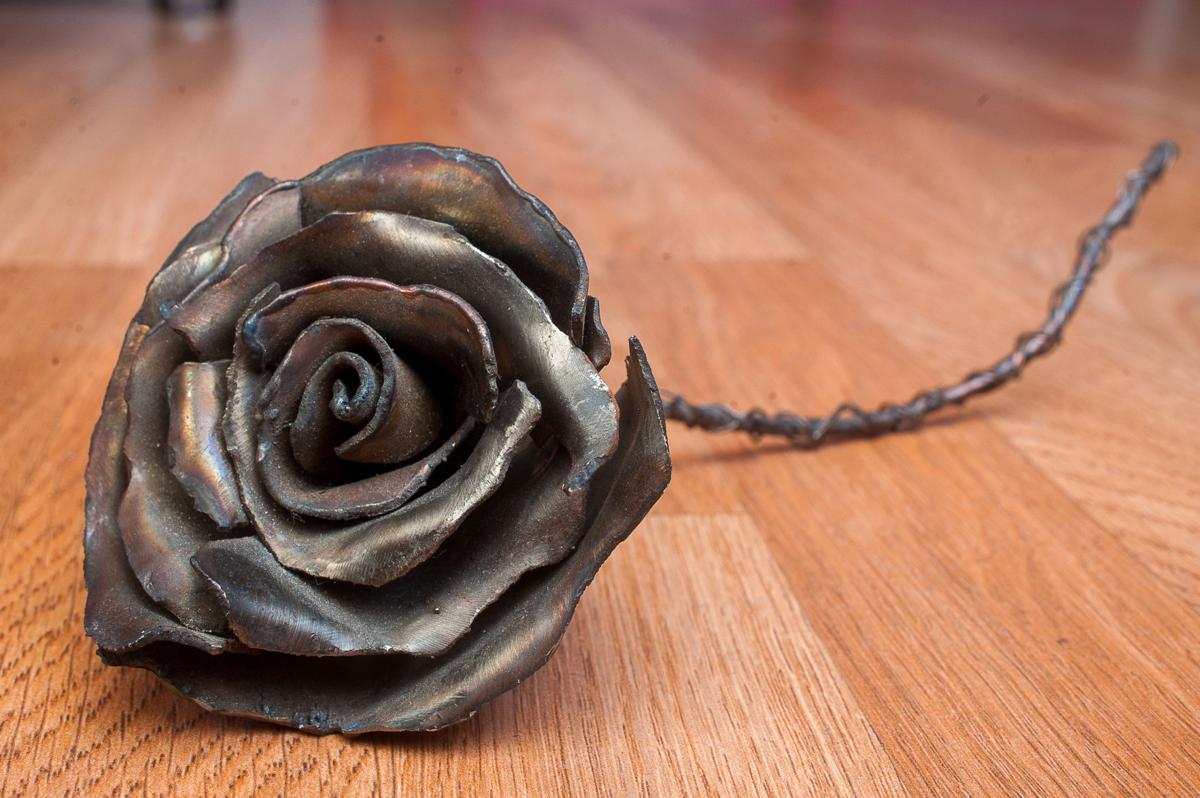 A rose made with hammered steel. 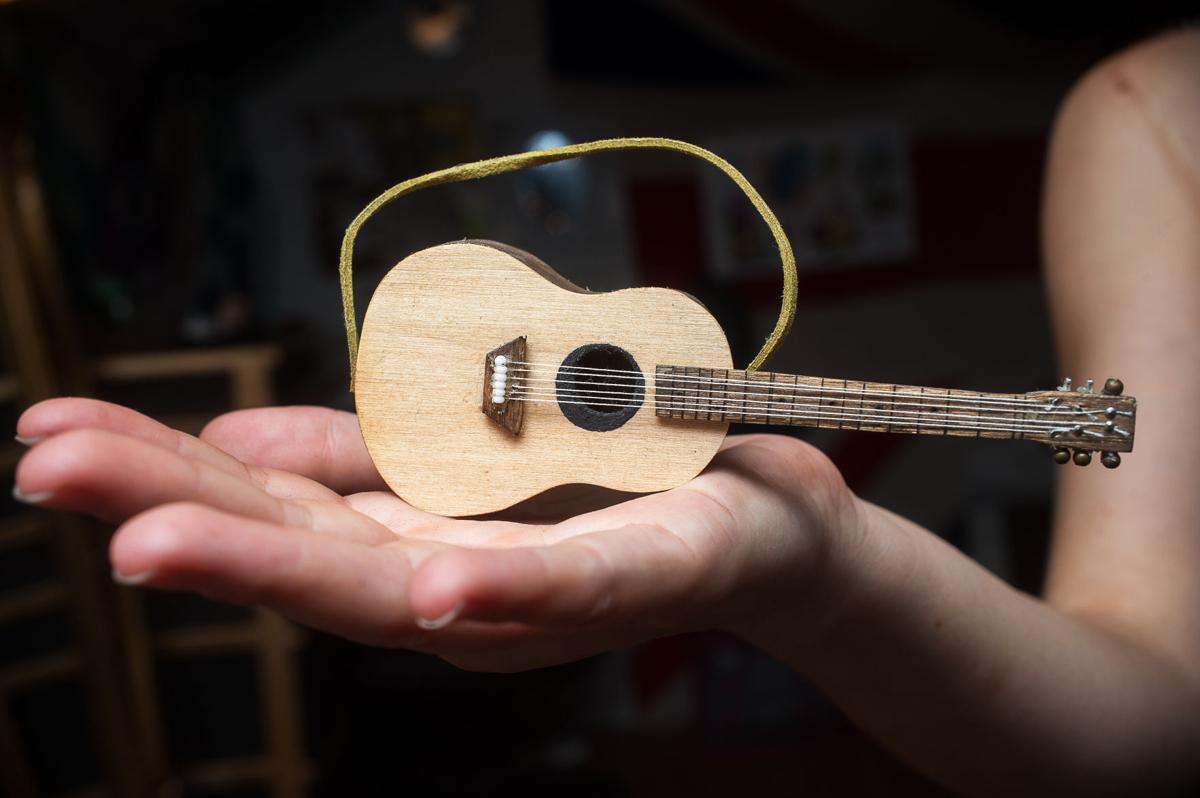 A miniature guitar made with thread, beads, hot glue and plywood.

Deja Nunez sketches in her room.

No 3 in a series of five works in monochrome by Deja Nunez.

A rose made with hammered steel.

A miniature guitar made with thread, beads, hot glue and plywood.

Despite an interest in art that dates back to when she was a shy child who would take her mother’s paints and pens and doodle instead of socializing, she resisted the urge to follow an artistic path after graduating high school. She took business and math classes in college, the stigma of “the starving artist” keeping her away from art as she tried to figure out what direction she wanted to go.

“Why don’t you do what you love?” she asked her daughter.

Nunez still fought the urge to pursue art before the fear of missing out on a great opportunity proved too much. In 2012, one year after her mother’s recommendation, Nunez enrolled at Columbia College Chicago. She graduated with a degree in art and design before moving back to Bakersfield in 2016.

But even with the degree under her belt, making art was not Nunez’s full-time job.

In addition to commissioned work, Nunez was also a house sitter, a dog walker, a Lyft driver and a welder. Not by necessity, but by choice.

“I’m not really starving because I’m pretty good at managing my money,” Nunez said. “People like stability most times, I feel, but I don’t. I was having so much fun doing something different every day. I’m not super concerned about money. I’d much rather be happy working less and doing what I like.”

Her nonconformist approach is found in her work as well. Nunez doesn’t just paint. She sews, welds, embroiders – whatever her mood calls for.

“I just get bored with one thing, so I just go on to the next thing,” she said.

Some artists value stability. Some value money. Some value gigs and exposure. Nunez values happiness in everything she does.

As she ponders her future, she knows she does not want to be tied down. Her goal is to “make cool stuff and travel.” The idea of her art paying for her to explore the world piques her interest as it keeps the experiences fresh and unique while allowing her to continue to be the free spirit that she is.

“You have all this time to make your art and you’re not starving,” she said.

Seeing this post on face book brought me to this website and now I have an account. She is an inspiring artist. Fear of starving kept me from being a writter. I would like to know how she derives inspiration and see some of her commissioned work. I saw the instagram though