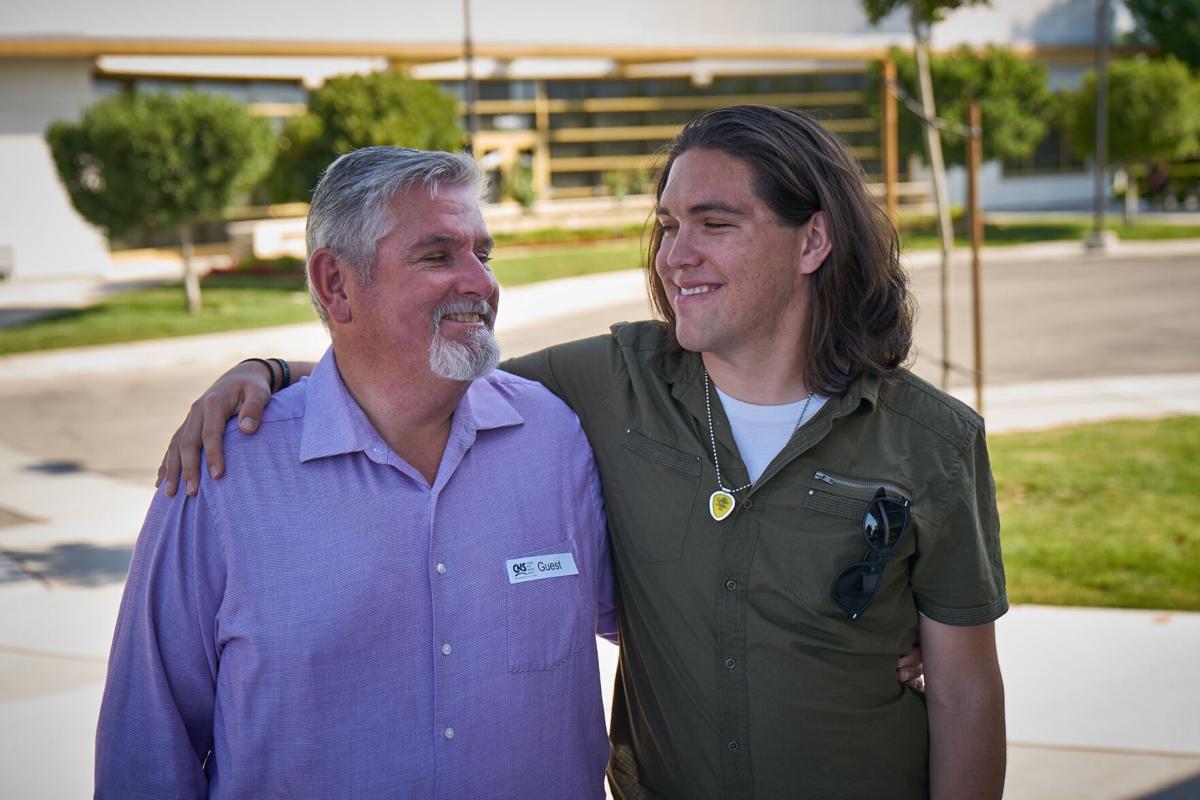 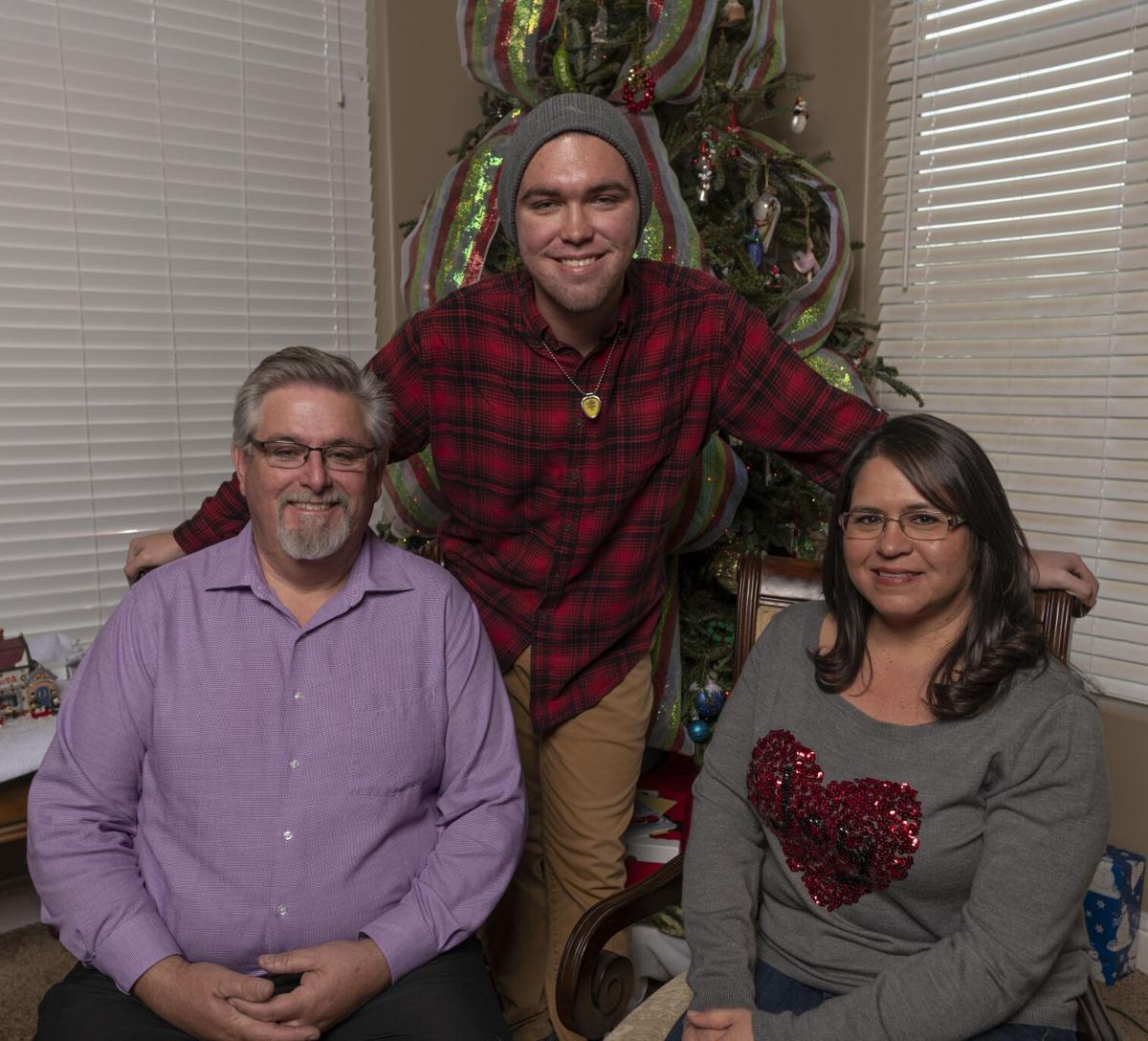 Bryson Frank, middle, with his parents, Merlyn and Jenny.

Bryson Frank, middle, with his parents, Merlyn and Jenny.

Most people resemble their parents on looks, and sometimes even have many of their personality traits.

Father and son, Merlyn, 58, and Bryson, 22, Frank, both love motorcycles and racing, which has strengthened their bond. But their similarities go even further: they both suffered traumatic brain injuries in accidents 10 years apart.

Merlyn Frank grew up in Northern California where he played football and baseball in high school. Around the time of his graduation, he was introduced to the world of motorcycles, and his passion was born.

"When I got introduced to motorcycles, it's like the light went on," Merlyn Frank said.

He worked in motorcycle shops, even owned one himself, and dabbled a bit in racing. After some time, however, realizing motorcycles wouldn't earn him enough to own a home, he decided to make a career switch and turned to air conditioning services.

Merlyn Frank was working on a roof on June 27, 2008, repairing an air conditioning unit, when suddenly he fell. He doesn't remember much from that day, he said, but what he thinks happened was tripping over electrical wire that wasn't secured on the roof. He believes he hit a wooden shed during his fall before finally making it to the ground.

He woke up in a hospital not knowing where he was or what had happened. It was like coming out of a fog, he explained.

After he was discharged from the hospital, he began receiving out-patient care at the Centre for Neuro Skills. He essentially had to learn how to walk, speak, work and function again.

"I didn’t really know what the damage was, and it took me probably two months at CNS by the time the lights kicked on," Merlyn Frank said.

At first, he didn't want to do anything he was asked to do. Often he was given "kindergarten work," such as shapes and puzzles, and he would often get frustrated. But a health professional told him if he wanted to "get better, get back to work and have a normal life," Merlyn Frank recalled, he would have to go through the therapy.

Cognitive behavior, physical interaction, sight and vision therapy were among the treatments Merlyn Frank received. By February 2009, after around six months of treatment, he felt stronger and started getting back to his old self.

Today, he's still working and doing many of the things he was doing before his accident.

Unfortunately, that was not the last time someone in the family would have a serious injury.

Bryson Frank fell in love with motorcycles from an early age — as young as 2-years-old when he remembers seeing his father on a bike. His parents bought him a Yamaha PW50 when he was little, and from that moment on his passion has grown.

At the age of 19, however, it changed his life.

Similar to his father, he doesn't remember much from his accident. What he was told is he was planning on speaking to his counselor at Bakersfield College on May 11, 2017. As he was exiting the Westside Parkway onto Truxtun Avenue, his motorcycle spun out. He fractured two vertebrae, lacerated his lung, injured his right hand and suffered a traumatic brain injury from the crash.

"I was wearing a helmet that I knew a MotoGP racer would use when he races, so I thought it must be good enough for me," he said. "For whatever reason, how I hit my helmet against something, it gave me a traumatic brain injury."

For nearly three weeks Bryson Frank was coming in and out of consciousness, and even had to have an operation to rid him of a blood clot in his chest. After finally regaining consciousness, it was time to start the work toward his recovery.

He spent around three weeks at then-HealthSouth relearning how to walk. Then, from July to October 2017, he received out-patient care at CNS, just like his father. He studied words, underwent educational therapy and utilized a cognition module to improve his cognitive skills.

"It was very rigorous and it made me really get my brain working in all aspects," Bryson Frank said.

After those three months, he started to feel like his old self again, and today he believes he has regained what he may have lost in cognitive ability. That brain power is serving him more than ever — he's a junior at the University of California Santa Cruz majoring in computer game design.

As for motorcycles, that love is still there. He took a few years off to rebuild his bike, but he got back on July 11, 2020.

"It was amazing to be back on it," he said. During the last weekend of September, Bryson Frank and his mother went on a 1,500-mile motorcycle ride throughout Northern California. He has also encouraged Merlyn Frank to continue riding motorcycles and not let the accident keep him from his love.

"As long as I’ve known you, all you've done is ride motorcycles. Don’t you dare give up what you love because of what happened to me," Merlyn Frank recalled his son telling him. "It changed that thought process for me. It was almost like he was demanding that I keep doing what I love to do."

Both father and son couldn't believe they would experience similar accidents and recoveries in their lifetimes, but both are thankful they were surrounded by loved ones every step of the way, and that local health experts helped them get back on their feet and back to doing what they love.