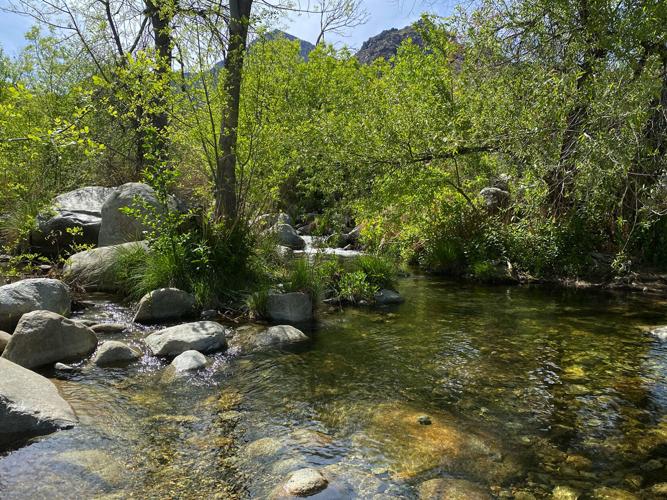 Hiking on the Whiskey Flat trail leads to beautiful sights, such as this babbling brook. 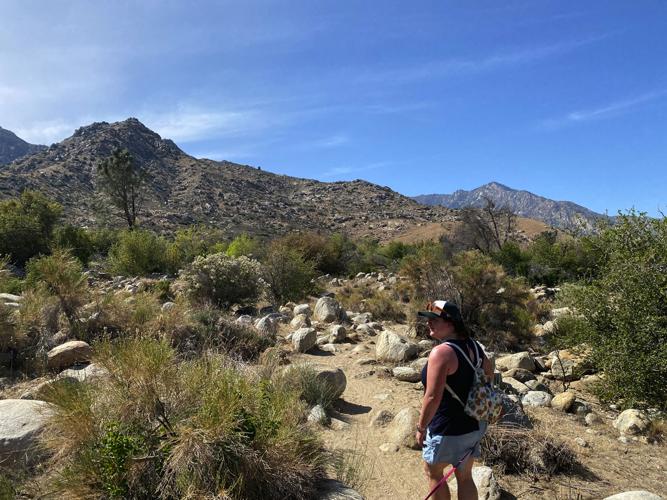 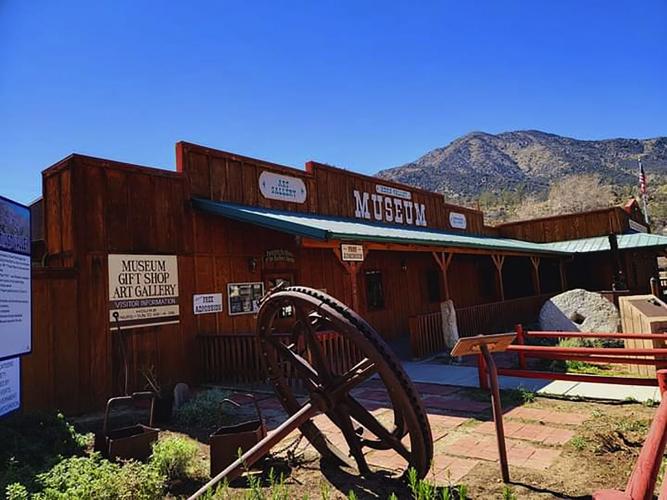 Hiking on the Whiskey Flat trail leads to beautiful sights, such as this babbling brook.

School's out and summer offers a time to relax. Lounging around enjoying the cozy comforts of home may sound enticing, but doing nothing for consecutive days can prove monotonous.

We compiled some intellectual and physical adventures in Kern County that are short on travel time, but long on fun!

Everyone should know where they come from and a little bit about where they live. The Kern River Valley Museum offers residents a chance to intimately understand Kern County.

"We are little but we are mighty," said Dianna Anderson, the museum's curator.

Several exhibits at the museum offer a glimpse into Kern's past. There are artifacts from the gold-mining days and props from several Western movies filmed in the Kern River Valley, Anderson said. John Wayne arrived in Kern to shoot "Stagecoach," which was the movie that catapulted him into fame, Anderson said. The museum also has history displays of local newspapers, the Forest Service and display guns wielded by cowboys.

"If you are bored in our museum, you got a problem," Anderson added. She noted visitors come from all over the world and experience hospitality and a wealth of knowledge from the docents.

"We try to make it as interactive as possible," Anderson said.

Admission is free, and the museum is open from 10 a.m. to 4 p.m. Thursday to Sunday at 49 Big Blue Road, Kernville. For more information, visit kernvalleymuseum.org.

Hiking in the Kern River Valley

The Kern River Valley features hikes at varying levels of difficulty. We recommend the Whiskey Flat trail, which starts out easy, increasing in difficulty further along the 12.5-mile hike. Within the first half-mile, hikers will come across a serene pond with a gushing waterfall. Trees shade the area and offer a reprieve from the beating sun.

Further along, adventurers will hike alongside the winding Kern River. The path does at times require climbing over rocks and hilly terrain.

Traveling to a higher altitude might offer a respite from the heat in Bakersfield. We recommend driving up to Kernville, enjoying a hike and finishing off the day at the Kern River Brewing Co.

This brewery offers two locations for dining and imbibing: the original pub and the backyard pub. We recommend the latter, which offers a beautiful view of rugged mountains.

The award-winning brewery boasts beers to satiate all. After traveling and hiking, this brewery is the perfect way to relax with your friends. Delicious food also complements the alcohol, such as a spinach artichoke dip or various types of burgers.

Kern River Brewing Co. is open 11 a.m. to 9 p.m. daily at 13415 Sierra Way in Kernville. Visit kernriverbrewing.com for menus and other information.

Blueberries and blackberries are also ready to be picked as well, Murray added. Along with plenty of fresh fruit, the farm offers plenty of activities for families with children with hayrides, an animal garden and a giant slide.

"It's just wholesome entertainment," Murray said. Families can arrive to pick the fruit and then go back home and cook together, she added.

Capture the moment by snapping a family photo in front of one of the farm's many photo-op backdrops, which might delight those without children as well, Murray noted.

The intense summer heat means the farm might be closed in the afternoon, so its always a good idea to check online before arriving, Murray said.

Tucked in the golden hills of the Grapevine, a little-known outpost exists for lovers of history and exercise: Fort Tejon State Historic Park.

Fort Tejon was created to protect residents from American Indians living on the Sebastian Indian Reservation, including the Paiutes, Chemeheui and Mojave, according to the California Department of Parks and Recreation. It was garrisoned by the U.S. Army in 1854 and then abandoned 10 years later, according to the department.

Visitors will get a chance to see a prison from the late 19th century, and a fully furnished home representing life in the same era. There is an armory, clothing and blacksmith shop to view as well.

Then, hikers have the chance to climb a hill overlooking the Grapevine across the valley. The buildings are open from 8 a.m. to 4 p.m., and the park is open from sunrise to sunset at 4201 Fort Tejon Road in Lebec.

More information is available at the California Department of Parks and Recreation website (parks.ca.gov).